It’s hard not to think about Technics without thinking about THAT turntable. Although the brand has a long and illustrious career in domestic audio (and home-grown ultra high-end in Japan), it’s the SL-1200-series direct drive turntable in all its guises that keeps getting all the attention. It’s perhaps little wonder then that when the model was deep-sixed a few years ago – and in the process freezing the Technics brand – such was the furore that the company revised its position and both Technics and that direct drive turntable so beloved of DJs and audiophiles alike sprang back to life.

This was no easy task. The teams behind the design of the turntable had long since retired, and building a turntable like the 1200 from scratch is a bit like Porsche re-engineering the original air-cooled 911. Possibly worse – Porsche still has the factories involved, just put to use on different tasks. To restart the 1200 project required rebuilding the factory, resourcing long-discontinued components, and finding the skills and technologies required to make the deck anew. That’s one heck of a project.

It could be easy to make the rest of Technics something of a footnote; a collection of box-ticking make-weights components to make it seem like the Technics brand was back, where in reality it was just the turntable. Certainly, that’s how things first seemed, especially as reviewers were quick to grab the new/old turntable and just as quick to distance themselves from the electronics and loudspeakers. But as Technics Reborn evolved and expanded, so did the product line. What we have now is a series of remarkably cogent products that form an extremely good system in its own right.

There are three products in this line-up; the aforementioned SL-1200GEG-S turntable (the unlimited version of the limited edition turntable with magnesium tonearm that so wowed people at the time of re-launch), coupled with the SU-G700E integrated amplifier, and SB-G90E loudspeakers. The three form a key part the brand’s distinctly audiophile-flavoured Grand Class.

In a way, the product that is the magnet here is almost the least interesting, even if the story behind it certainly isn’t. The Technics SL-1200GEG-S represents the functional top of the SL1200 tree, especially as the limited edition SL-1200GAE is long gone. The SL-1200GEG-S is effectively the same model as the ‘GAE’, albeit with a slightly different finish to the magnesium tonearm and without a badge saying ‘limited edition.’

Literally millions of Technics SL-1200 have been sold through the years, so going over the design is old news at best. However, Technics top SL-1200 rebooted is a very different beast and includes a new coreless twin rotor direct drive motor, a more robust three-layer platter, a clock originally used in Blu-ray players, and the kind of build quality that battleship builders would be proud of. 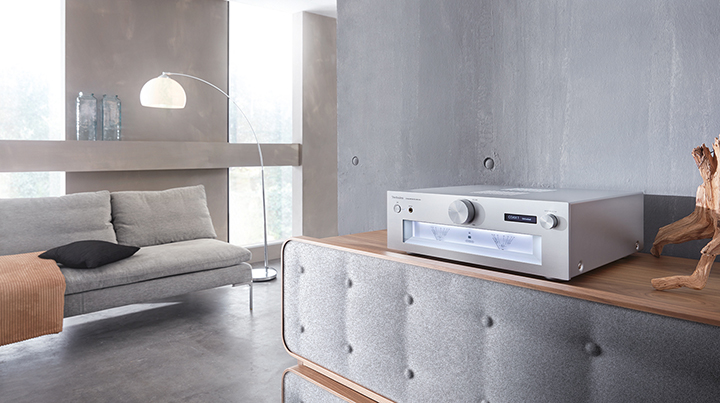 The SU-G700E is a 70W Class D integrated amplifier in a typically elegant brushed aluminium case with large backlit VU meters on the front. It sports both analogue and digital inputs, plus a phono stage for those using the SL-1200GEG-S with a moving magnet cartridge. Perhaps more significantly, the amplifier uses the company’s clever Load-Adaptive Phase Calibration system, which fires a series of test tones at the connected loudspeakers to ensure the amp is compensating for the impedance plot of any given loudspeaker.

The ‘any given loudspeaker’ in this system is anything but. The SB-G90E tower is a three-way bass-reflex floorstander with a two-way coaxial unit designed for the mid and treble. Technics was baffled by the baffle, in that it felt that mounting drive units on the front baffle of a loudspeaker is a bit silly if you think about it. By building a secondary internal sub-baffle allowing the drive units to be mounted at both their centre of gravity and their point of greatest potential resonance (the magnet), a point of distortion ingress is addressed. Couple that with some very well-engineered drive units, an extremely non-resonant and well-braced cabinet, and a suitably well-designed crossover, and the result is a pair of loudspeakers that perform a lot better than you might expect. 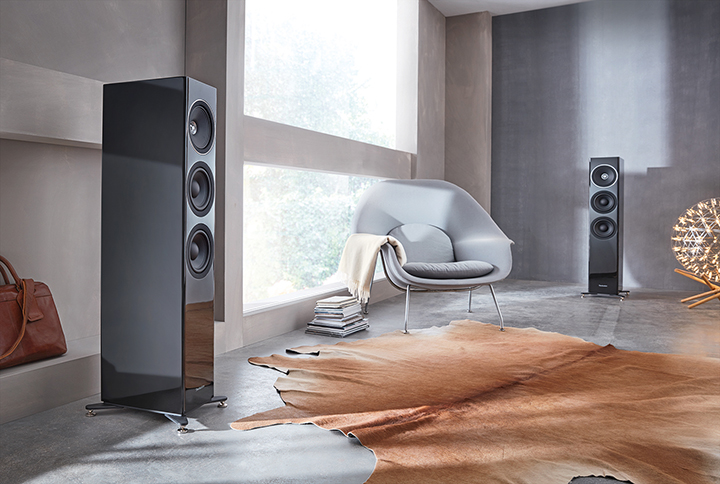 The overall result of this system is one of pleasant surprise. The individual components are an extremely good match for one another, the engineering is exceptionally good, and most of all, they sound fantastic. The SL-1200GEG-S is everything you might hope from the big deck; aside from its ability to start and stop almost instantly (which gave it its DJ heritage), the solidity and precision of its sound and the bass it creates in the process gives it real audiophile credentials. Couple that with a soundstage that is expansive (if the music requires it), taut, boppy (how a turntable used in tens of thousands of clubs around the world could lack rhythm always escaped me), and accurate. There is also room for growth in changing the standard headshell, mat, power cord and interconnects, all of which can improve the sound (and tick many of the audiophile boxes in the process). While the integrated amp supplied is MM only, the SL-1200GEG-S actually deserves a good moving coil design, like the excellent EAT Jo No 5. That combination sang!

Moving over to the amplifier, the SU-700E is a good and slightly sterile sounding Class D amplifier that does everything right and nothing wonderful… until you run those LAPC tones. At which point the ‘slightly sterile’ and ‘nothing wonderful’ parts of that pithy description melts away and you are left with a clean and dynamic performer. In particular, what seems to change in the pressing of the button on the remote handset is it makes the sound more coherent in both tone and time; the net result is incredibly insightful.

Last, and not least, the loudspeakers. These were something of a surprise, as recent Technics designs have been more about the technical exercise than the sonics. The SB-G90E has both. The integration between the loudspeakers is excellent, the loudspeaker does seem to genuinely have a lower noise floor than many of its peers, stereo imaging in particular is the stuff of way bigger cabinets, and the dynamic range is impressive. It would be a standalone star, but in the context of the whole system, works extremely well in a team too. Taken as a team, though, it’s a sophisticated and surprisingly powerful sounding platform, with the accent on detail and dynamic range.

Reservations are few and far between. OK, the VTA adjustment (a large knurled wheel) on the turntable is perhaps not as elegant as the on-the-fly adjustment of a VPI or similar, but it still works well and has none of the prissiness of many more audiophile-directed designs. I’m also not entirely convinced by Stevenson alignment of the arm across the whole LP arc, but it makes set up quick and easy. Finally, 2x70W is ultimately a little limiting; while this system is ideal for typical UK rooms, the loudspeakers especially could work in larger environments easily but the amp might run out of puff.

Perhaps the biggest problem for Technics is inertia. No, not the kind that would affect that turntable – the audiophile inertia that stops people buying good products because of some long-held and irrelevant belief in component matching, and system building from more than one brand. On the other hand, listen to this system blind and if you try to guess the price, don’t be surprised if you are off by a factor of about two in Technics’ favour.

If you built this system using the latest Big Name in audio electronics and the towers of the Loudspeaker Brand Du Jour, a system this good might well be double the cost. As for the deck, there will always be those who are ideologically opposed to a direct drive on principle and all Technics models will draw the greatest fire as a result, but the reality is it’s damn good.

This is a good system from front to back. It is very well sorted in terms of balance, both tonally and in terms of price and synergy. Can you do better? Of course. Can you do similar for the price? That’s a bigger ‘ask’ and I think the answer is ‘no’. Strangely, although it’s the deck that gets all the attention, it’s the speakers that deserve all the praise, but at a deeper level, it’s all of them working together that is where the magic happens.