The Certaldo is a slimline two-and-a-half-way design, with a 25mm silk dome tweeter accompanying a single 130mm composite fibreglass cone midrange and two of the same working as woofers. The internal wiring is all from van den Hul, while the silver-and-gold-over-copper terminals are Rosso Fiorentino’s own. Certaldo is the top end of the company’s third-in-line Prestige Series; more domestically-friendly, less demanding, and less expensive than the brand’s Flagship or Reference lines, but more uncompromising in design and execution than the Rosso Fiorentino Classic Series. Certaldo stands about a metre high on its plinth, which allows for the down-firing port (it is also rear-vented). This all makes for a loudspeaker that returns a claimed sensitivity of 87dB, and a nominal impedance of eight ohms with a five ohm minimum impedance. In other words, possibly very slightly below average sensitivity, but nothing too difficult for any decent amplifier to drive. 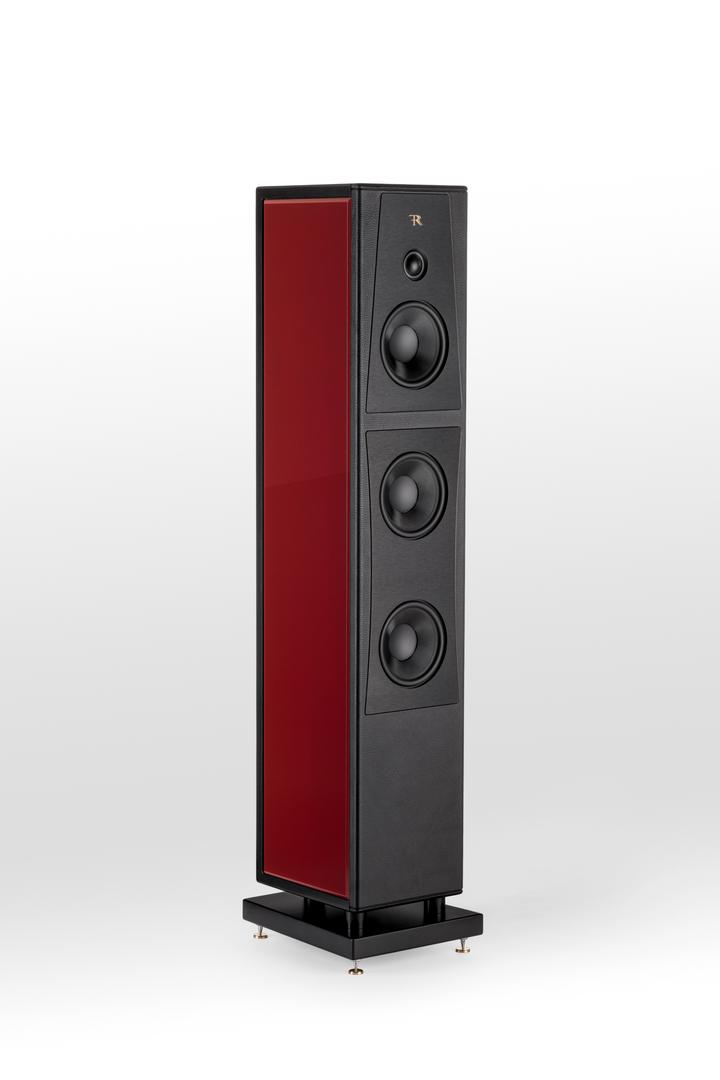 The enclosure is elegant and discreet, and that belies the amount of ‘clever’ going on under the skin. Where you might realistically expect a relatively normal MDF ‘box’, Rosso Fiorentino creates a clever composite design, with hollowed out high-density fibreboard side walls and insert panels mass loaded with marble chip on the inside, elegant coloured safety glass on the outer layers. Couple this with 5mm thick aluminium front panels, sophisticated viscoelastic elastomer internal damping arrangements, and steel tensioning bars, and this deceptively straightforward looking loudspeaker is in fact a complex piece of enclosure design. Speaker cabinets are not expected to be this inert at anywhere near the price, and this kind of attention to cabinet detail only comes through solid objective measurement and observational listening.

A significant part of the Rosso Fiorentino product execution is ‘la Sala del Rosso’: a purpose-built listening room designed not only to evaluate the company’s designs, but used as a live music event space. This, combined with a solid technical basis of development, means this comparatively new brand has garnered a reputation for good engineering backed up by good sonic performance.

That aforementioned reputation is more important than it might first seem because what is chronically lacking in the audio industry is good, solid, honest sounding products at prices that are affordable or attainable. The Certaldo fits that role perfectly – it’s an inherently ‘honest’ sounding speaker with a level of design and finish that is ‘honest’ value for the money. This honesty comes across by having a finely balanced performance across the kind of musical and sonic criteria favoured by most people.

Although ‘honesty’ is not a synonym of ‘grounded’, there is something refreshingly pragmatic about the way the Certaldo doesn’t require careful care and feeding in the wild. The loudspeakers benefit from good upstream components, but there’s no need to partner this with a tightly-defined set of the best possible components, and the speaker does not need to be installed in an ideal acoustic space to micron tolerances. A good amp in a fairly good room, and installed reasonably well is more than enough. Yes, you will benefit from improving the components, taking care with the installation, and lots of running in, but the Certaldo is not fussy by audiophile standards. Moreover, the Certaldo’s footprint and its frequency response (45Hz-30kHz) combine to make it a fine loudspeaker for the real-world listener in a typical UK or European living space. Its understated elegance makes the speaker perfect for the shared listening/living room commonly found in the UK and Europe, too.

The first and most repeated phrase on my note pad after ‘honest’ was ‘grown-up’. This is a grown-up speaker for grown-up listeners. By that, I mean it’s a mature and sophisticated design intended for listeners who have grown out of the ‘meathead’ phase of listening. There is none of that growling boomy bass, or even the over-polite upper midrange bloom that can sometimes plague Rosso Fiorentino’s Italian rivals. This sonic integrity (another word that kept appearing on the note pad) is more easily found in the length of listening than the listening itself. This sounds paradoxical, but the best loudspeakers always seem to be the ones in which you can lose yourself for hours, playing a wealth of different musical pieces. In contrast, some of the supposed ‘best’ loudspeakers are initially extremely impressive, but that impressive presentation ultimately proves wearing and limits the amount of time in each listening session. 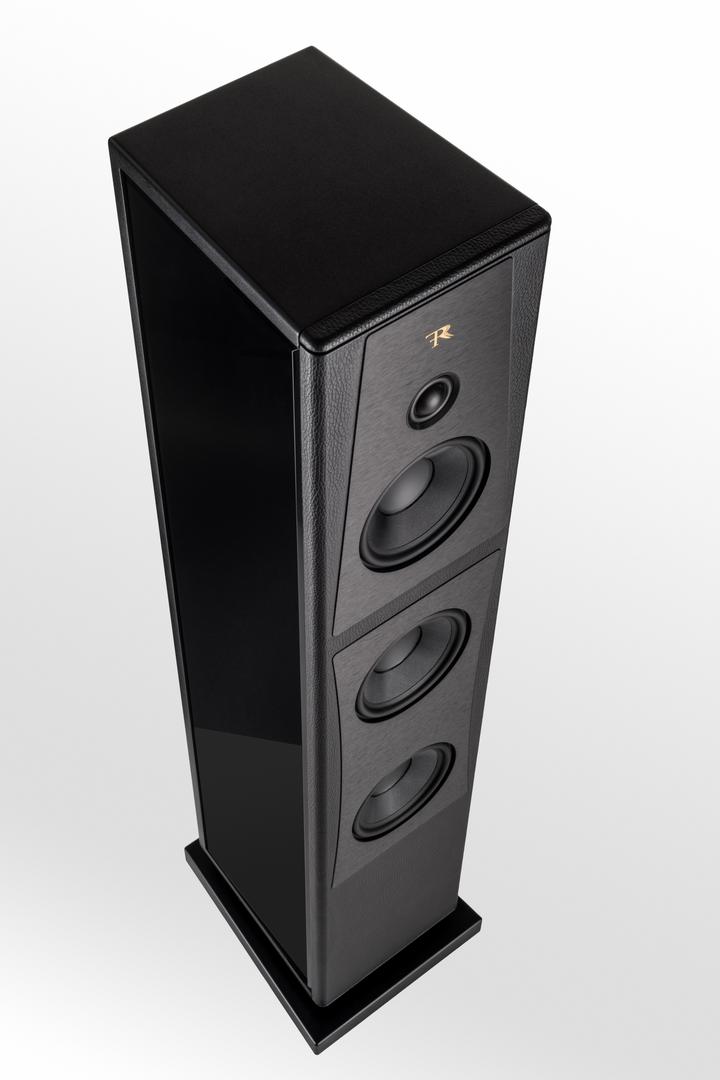 On the Rosso Fiorentino, Shelby Lynne’s ‘Just A Little Lovin’’ from the album of the same name [Lost Highways] had wonderful lyricism and vocal articulation. Her voice was very slightly forward in the mix, but beautifully refined, and the overall rendition was extremely (that word again) honest. This album is an audiophile classic of soundstaging and it didn’t disappoint; Lynne’s vocals standing proud of the instruments, all of which occupy a three-dimensional space around and behind the loudspeakers, which effectively disappear from the mix. This is not an ‘uncanny’ aspect, as it often happens in really good loudspeakers, but it is comparatively rare at this price point and from loudspeakers this unfussy.

Moving across to ‘Valentine’ on Richard Hawley’s Lady’s Bridge album [Mute] the same applied. The performer’s open and sounding natural voice was again forward of the backing band, and the great guitar playing was projected far into the room. Tonally, this was simply lovely to listen to, and the track had a very 50s feel in a Roy Orbison meets Lambchop manner. Some of the guitar reverb tail is lost a little in the complexity of the mix, but I’d struggle to find a loudspeaker in its peer group that didn’t strike a similar trade-off.

The loudspeaker’s tonality was particularly accurate, suggesting an extremely well-designed cabinet. There was some mild port resonance in the upper bass, but this was extremely mild and not the typical ‘chuff, chuff’ sound sometimes heard in less well-engineered designs. It was more like a slight thickening in the lower tenor, the kind of thing that you tend to only notice on close examination and comparison, rather than an obvious aspect of performance. That aside, the loudspeaker was remarkably integrated, coherent, and lyrical. 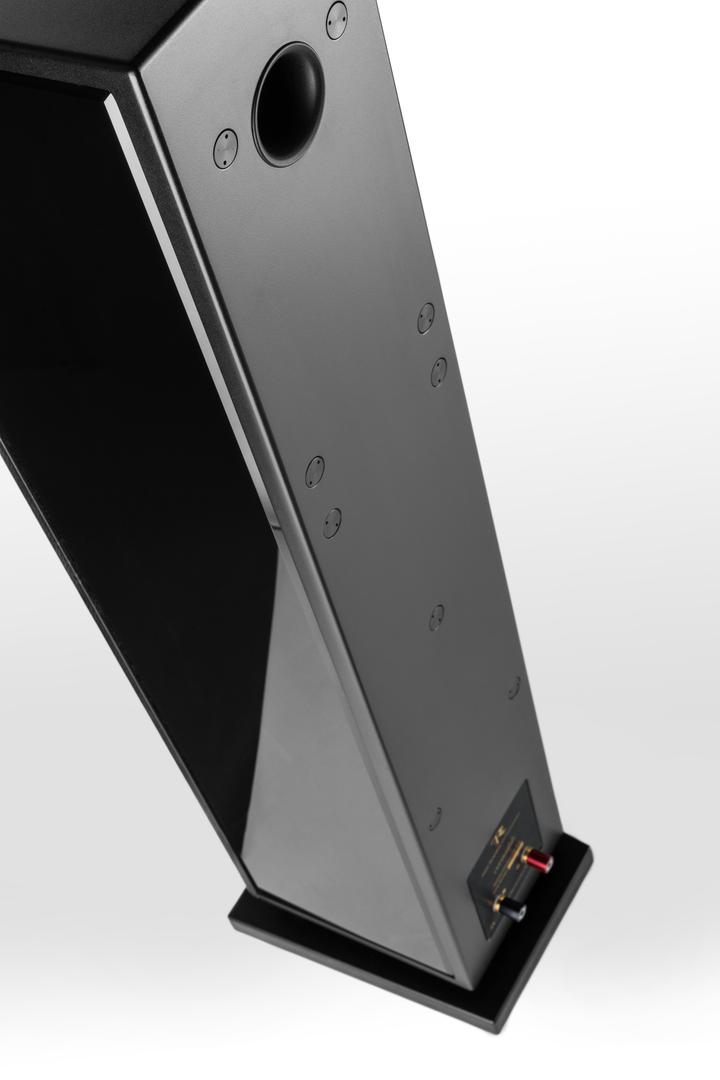 Dynamics were excellent, too. This became more apparent on classical works. Playing Tchaikovsky’s Sixth Symphony [Jansons/Oslo Phil, Chandos], the sense of a thrilling race through the first movement makes this a tough dynamic challenge for a loudspeaker. The Certaldo handled this with great ease, moving from dynamic shade to shade without a problem. As you might expect, deeper bass is more ‘noticed’ than ‘felt’ in this case, although the deep bass is impressive in a small to medium room, and doubly so when driven by a meaty, solid state amplifier.

If there is a limitation to the Certaldo, it’s possibly in ultimate loudness. This is not a party loudspeaker, and if you play everything at club levels, there are better loudspeakers for you. It will play loud, more than loud enough to have neighbours call round and shout at you, but for continuous very high volume levels… the Certaldo shows itself to be an elegant paintbrush, not a crop sprayer. 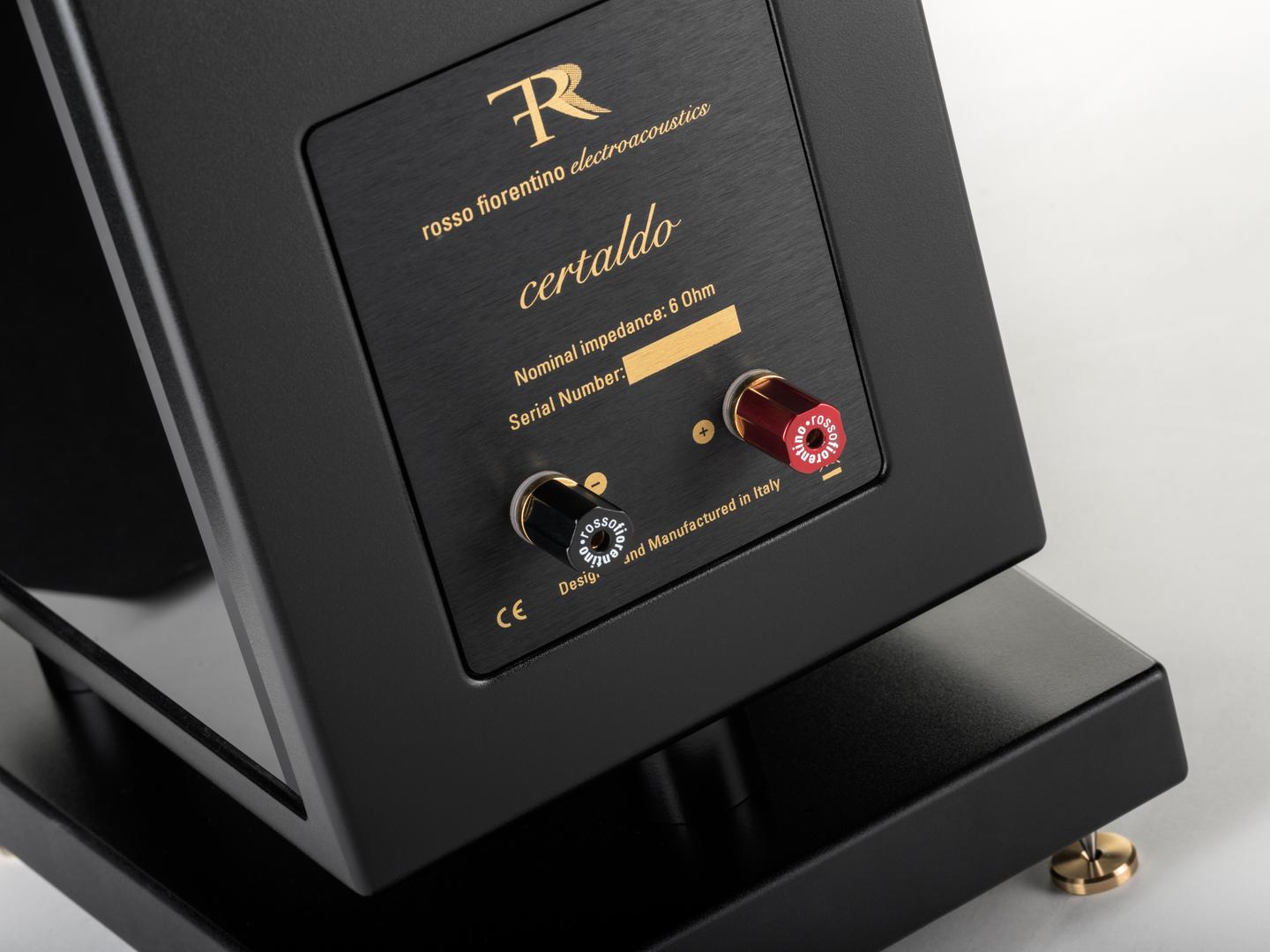 It sounds like an oxymoron, but we’re in the midst of a quiet revolution in loudspeaker design. In the past, loudspeakers were good at some things, less so at others. The Rosso Fiorentino Certaldo is that rare loudspeaker that is good at everything it’s supposed to be good at, and the few areas where it shows limitations are deliberate attempts at making a pragmatic design for the real world. I keep using the word ‘honest’ for a reason. This is a loudspeaker that makes a very honest sound, at a very honest price, and comes honestly recommended!