It’s rare that a website dedicated to audio gets to talk about an art exhibition. But You Say You Want a Revolution? Records and Rebels 1966-1970 at London’s Victoria & Albert museum is not your typical art exhibition. As the name suggests, ‘Revolution’ covers that exciting, musically intense period when pop became rock, people tuned in, turned on, dropped out, sold out, or took up arms against the man.

OK, so this was very much the counter-culture movement of the time. In fact, it was one of the first times the term ‘counter-culture’ was used. But that means the music begins with Revolver and ends with ‘Imagine’, and includes the growth of psychedelia, anti-establishment movements, changes in fashion, and the Mad Men style revolution (that word again) in advertising of the age. If your vision of the 1960s was Bubblegum Pop and I Dream of Jeannie, this is not the exhibition for you.

This is an event that explores the rise and fall of idealism of the 1960s, rising out of the dark days of American conformity or British post-war austerity, with more than 350 exhibits that cover the style, fashion, art, photography, revolutionary zeal, and especially the music of the age. And this is where we come in. 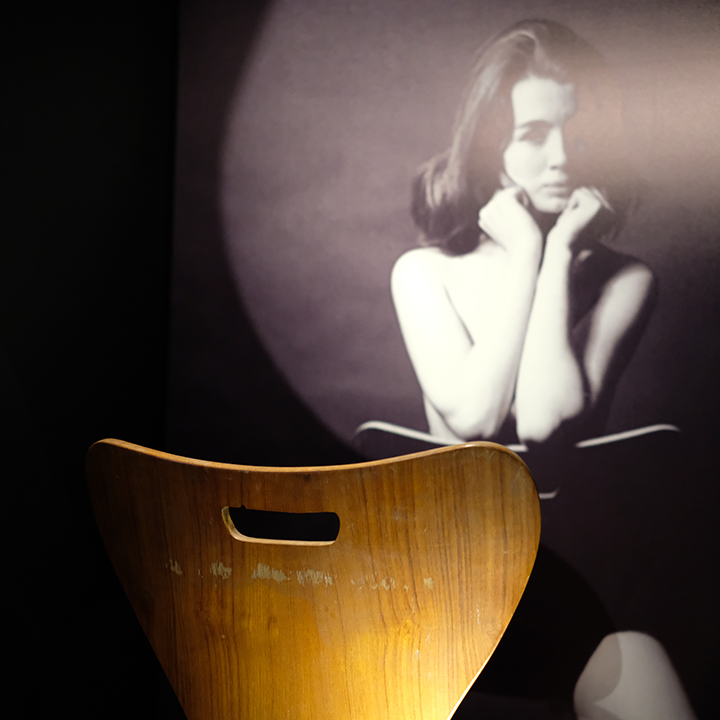 In a way, the show revolves around music. Not only does the show feature hundreds and hundreds of album covers from the time (all donated by the estate of the influential British DJ John Peel), but also includes important artefacts from the era, including John Lennon and George Harrison’s suits worn on the cover of Sgt. Pepper’s Lonely Hearts Club Band, what’s left of one of Hendrix’s guitars, Keith Moon’s drum kit, and many handwritten lyrics from what have now become classics. The show has even recreated a mock Woodstock (without the aromas of patchouli oil, unwashed hippy, and marijuana) as an immersive experience.

It’s not all counter-culture. William Anders spacesuit worn on the Apollo 8 mission is included, in part to introduce the environmental movement (his ‘Earthrise’ photograph being an iconic and pivotal point in that movement’s foundation), and the powerful inclusion of the uniform of a French CRS policeman and a National Guard uniform from the time of the Kent State shootings, next to the ‘uniform’ of the Black Panthers, adds a chilling moment in the exhibit.

Some aspects are noticeable by their absence. The Vietnam War has been extensively covered in other exhibitions, and its relevance here is doubtful, but its inclusion here is relatively minor in comparison to other sections in the event. Also, the photography section of the show is largely given over to the Swinging London scene, and is largely geared toward those who were influences for Antonioni’s famous 1960s thriller Blow Up (David Bailey, Terence Donovan, Terry O’ Neill) and largely ignores important photography made outside of London during the 1960s (such as the work of Diane Arbus, Richard Avedon, Irving Penn, etc). But as a curated walk through the tumultuous late 1960s, Revolution… is as good as it gets. 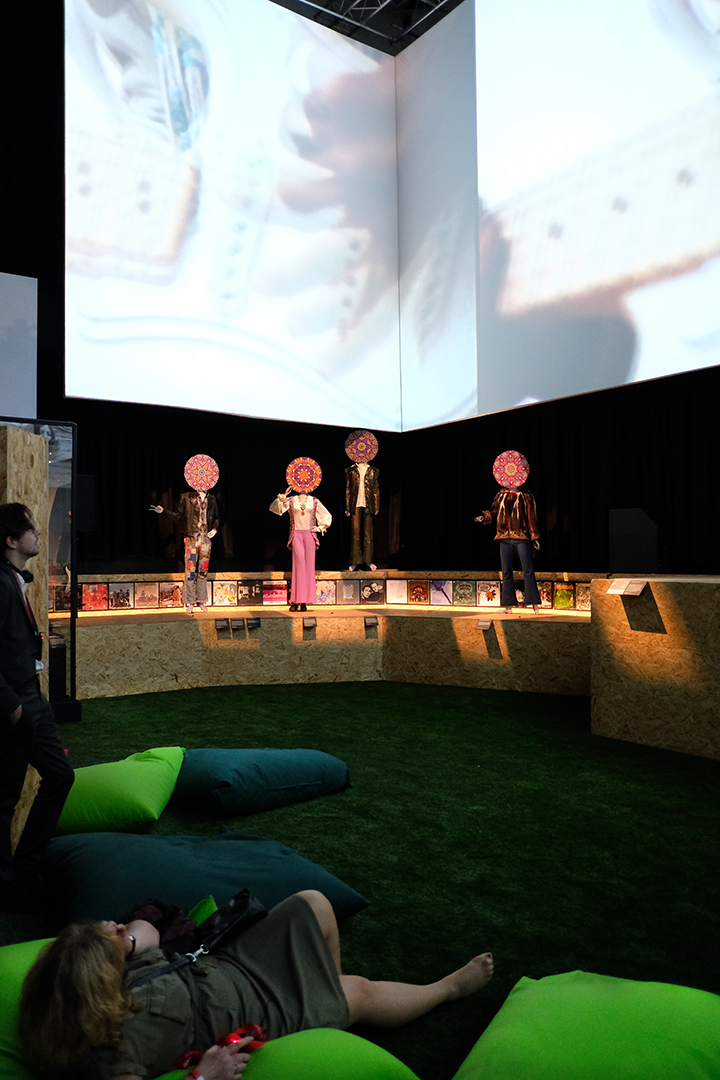 So, what – if anything – is the audio connection? Aside from the era-defining music, of course, the show itself uses two Sennheiser AMBEO installations at the show; the first an 8.1 channel environment in the ‘student protest’ room and a 14.1 channel AMBEO 3D system recreating the sounds of Woodstock on a 16 minute loop. These are surround sound at its best, in a way, moving the soundfield around you as you walk through these sections of the exhibition. This certainly worked well; the sense of menace as you felt jostled around the protest room was palpable, and many just lay on the floor in the Woodstock room and let sounds wash over them. 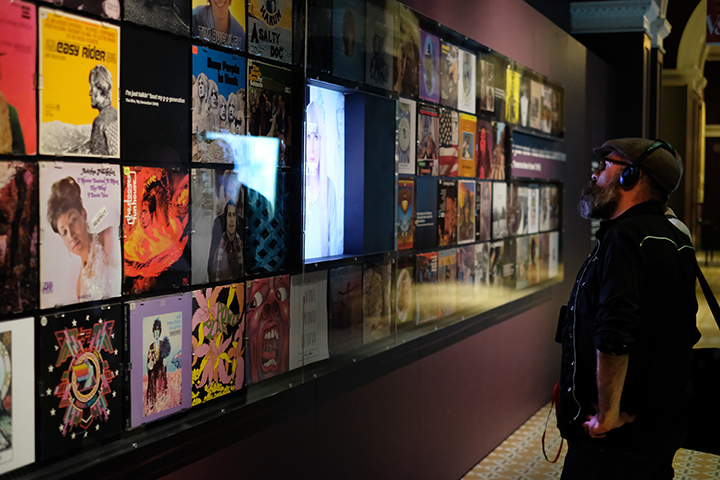 In other parts of the exhibit, the sound is provided by Sennheiser’s clever guidePORT headphone-based audio guide system. This uses positioning technology, rather than entering a series of codes entered by the show-goer, meaning the soundfield changes as you approach different parts of the exhibit. This works best in a show like Revolution…, where it is less about narrative exposition relating to specific artworks and more about creating an ambient soundscape as you walk around the show. It’s an effective way of moving people from exhibit to exhibit with accompanying music and sound without having to punch in codes, or creating a cacophony, and is a perfect showcase for the technology.

You Say You Want a Revolution? Records and Rebels 1966-1970 runs at the V&A from now until 26 February 2017, following which it will tour internationally. If you were there at the time and want to know what you did, or you just want to know what life was like if you were ‘in’ in the 1960s, go! Just be prepared to max out your credit card (first launched in the UK in 1966, and there’s a remarkably sexist advert from the late 1960s in the exhibit) in the gift shop.