This was the review I never wanted to write. The autograph on the back of the ProAc Tablette 10 Signature is that of Stewart Tyler, founder and managing director of ProAc loudspeakers (before that Celef). On July 1, 2021, ProAc announced that Stewart had passed away.

The Tablette 10 Signature is very much Stewart’s legacy. Every inch of the ‘Tab’ is Stewart, and the loudspeaker cemented in place in many an audiophile’s homes, being the first ‘serious’ loudspeaker for many music lovers. You can count me among those whose blossoming interest in audio was piqued by ProAc’s tiny titans, and although I ultimately went in a different direction for a while, hearing what they did never left me. 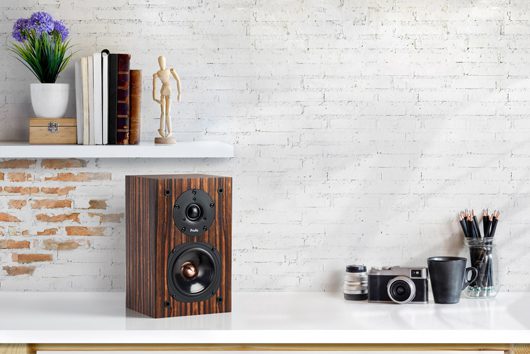 While it’s more than 35 years later and the Tablette 10 Signature has little in common with the ‘Tabs’ and ‘Super Tabs’ of the era, some of the core properties of the loudspeaker remain; a small two-way stand-mount loudspeaker with a soft 25mm silk-dome tweeter, and a 125mm bass driver.

There is a significant change with the Tablette 10 and Tablette 10 Signature; however, it’s a sealed box rather than the rear-ported designs that have carried the Tablette name since 1979. That changes a lot. It means the loudspeaker doesn’t require the same degree of rear breathing space and could conceivably be used close to or up against a wall. It also emphasises getting the bass driver precisely right as there is no more relying on some port reinforcement to bolster up that all‑important 80Hz region. 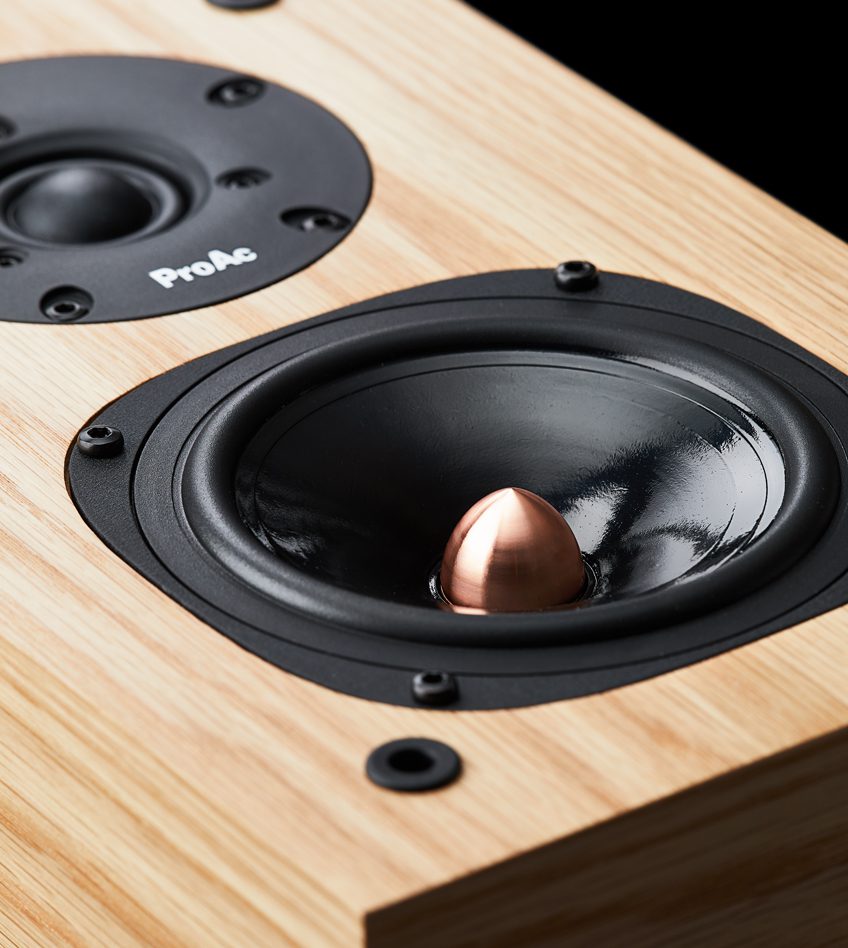 The Tablette 10 Signature has the same 25mm soft dome tweeter as the regular Tablette 10 but another specially developed (and slightly purple-hued) 127mm Pagina Mika driver with an improved magnet system and a copper phase plug, unique to the Signature edition. This necessitated a complete redesign of the crossover network compared to the standard Tablette 10; itself a radical rethink of crossover design compared to previous Tablettes. At the back are two pairs of silver speaker connectors for bi-amplifying or bi-wiring.

We missed out on both loudspeakers going into the lockdowns, and in speaking to Stewart for what would (sadly) be the last time at the Bristol Sound & Vision Show, I was keen to take these on personally. Little did I realise then that this review would be almost a eulogy.

Back in the mid-1980s, when I first heard a pair of Stewart’s little wonders, the shortlist was down to the Super Tabs, a pair of LS3/5a or Linn’s Kan loudspeakers. I preferred the space and effortlessness of the Tablette loudspeakers but ultimately chose Kans for their speed, precision, and ability to play against a wall. Today, that decision would have gone in the other direction because the Tablette 10 Signature has the speed to go with the spatial properties. It still sounds as room-filling as ever, but now it sounds fast and just as much fun as before. And with no rear port, a rear wall can get ever closer. No, this isn’t designed as a pure boundary loudspeaker, but with so little rear radiation, it can be used in free space or very close to a wall without complaint.

Some loudspeakers are crying out for better equipment, and some are the first rung on the ladder. Although the ProAc Tablette 10 Signature can be both, it’s also perfectly happy in its groove. Partner this with something just as evergreen in amplifier terms (like an A21SE from Sugden) and a couple of good sources, and you have a system that you’ll never feel the need to change or upgrade.

ProAc claims the longest part of the Tablette 10 to 10 Signature development cycle went into the crossover. If so, that seems perfectly likely as the sophistication of the design drips from every pore of this loudspeaker (if loudspeakers had pores, of course). But let’s not run before we can walk. The basic Tablette 10 Signature is a low-sensitivity, low-power handling small sealed box loudspeaker with limited bass output… and when you listen to them, you won’t care about any of those things!

Some loudspeakers have an almost intangible alluring nature that transcends what they can do on paper, and the Tablette 10 Signature is just that loudspeaker. It doesn’t cheat or break the laws of physics to do what it does so well but instead has one of those intensely refined and effortless sounds that just makes you play more and more music.

While I would strongly argue that the overall balance of the Tablette 10 Signature is inherently ‘neutral’ (if, understandably, light in the bass), it’s perhaps more neutral to the intent of the musicians, engineers and composers than to a dreary, yet correct, set of audio benchmarks.

I had difficulty listening to the Tablette 10 Signature by bringing myself back to listening critically. Every time I listened to a track on a test-disc album, I added the rest of the album… often followed by something I was drawn to as a result of those tracks. Eventually, I’d turn to the next test track… and repeat the distraction process. Either I suddenly developed ADHD, or these loudspeakers inspire you to listen to your music wide and deep; I’m going with the… oh look, a squirrel!

I don’t like reviews with a ‘good for/bad for’ ethos, but the limitation on bass and ultimate sound pressure levels suggests hardcore metal heads might go elsewhere for their jollies. Which is a shame; Lateralus by Tool [Volcano] sounds marvellous through the Tablette 10 Signatures, filling the room with extremely well-recorded graunch.

That room-filling sound is part of the Tablette 10 Signature’s mini-miracle performance. These loudspeakers remarkably fill a room with sound, especially if a little away from the wall. In a medium to large room, these loudspeakers act almost as point sources, sonically disappearing from the image. And the interaction between woofer and tweeter is so elegant, so inherently ‘right’ that it produces a sound that just sings at you. 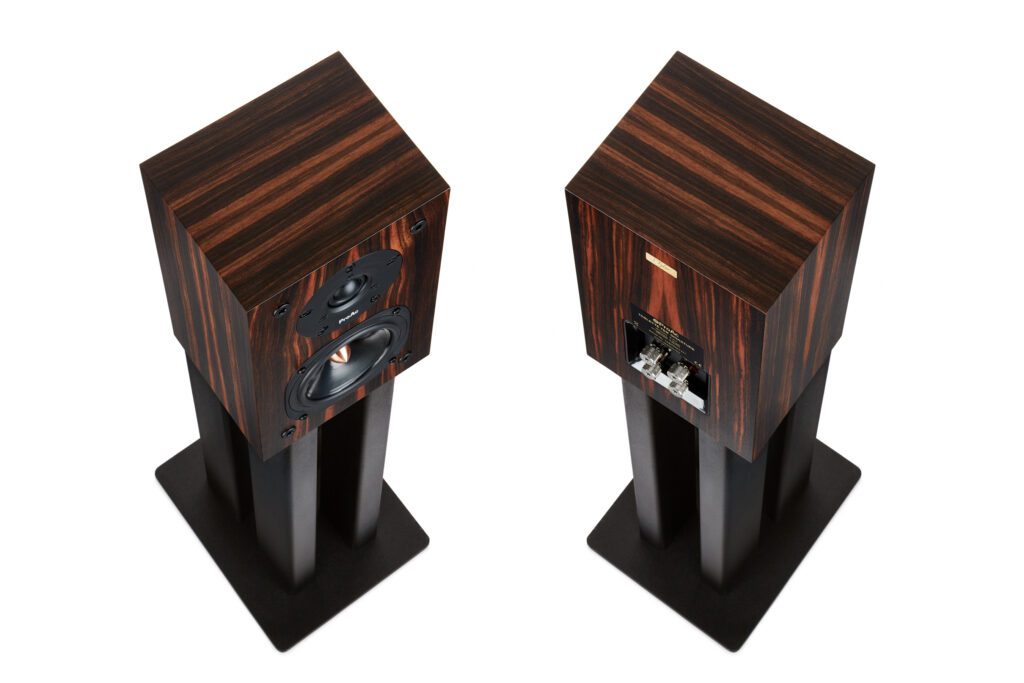 The giant-killing just keeps going on when you try to place the ProAc Tablette 10 Signature in ultimate terms. If you put them up against some really big hitters, you quickly hear the limitations in terms of sheer bass delivery, loudness levels, headroom and even cabinet ‘noise’ relative to some of the best. That list (naturally) includes many of ProAc’s more high-end designs. But the point to all this is you never feel short-changed by the Tablette 10 Signature, and unless you have a pressing desire to spend big or play lots of intestine-redirecting bass, the Tablette 10 Signature just keeps putting a smile on your face.

The Uni-Q sporting elephant in the room is the KEF LS50 Meta, the knock-it-out-the-park small speaker of the moment. That the two trade blows are a first for the KEF LS50 Meta as it tends to flatten the opposition. The ProAc scores highly on its effortless and peak-free highs, while the KEF is more driven and forward in the bass. You can’t get ‘both’ in a similarly sized box, unfortunately,

There is something truly incredible about an unassuming two-way loudspeaker that sings its little heart out. Sure, bigger and better speakers – even bigger and better ProAcs – are available, but that’s not the point of the Tablette 10 Signature. If you are happy in your own skin and don’t need to keep up with the Joneses or ‘push the limits of the Zeitgeist’, these truly charming, room-filling loudspeakers are all you need. Stewart’s daughter Zoe and her husband John will make sure ProAc lives on, but this is Stewart Tyler’s legacy. And what a musical legacy it is. Thanks, Stewart!