Linn’s evergreen classic Sondek LP12 turns 45 this year, and the latest version of the Lingo power supply is one big part of its birthday present. The other big part of the celebration – the Urika II phono stage – is the subject of next month’s test. For those new Lingo or Urika II buyers, the company is also reissuing a classic, limited edition fluted version of its plinth. Although the afromosia plinth is gone, the new fluted plinths are available in black ash, cherry, oak, rosenut, and walnut.

Regardless of product, Linn’s lines are neatly sub-divided into Majik, Akurate, and Klimax: not so much ‘good, better, best’, more like ‘best, bester, bestest’. The modern LP12 is no different. The Lingo is the Akurate level power supply, an upgrade to and more, erm, accurate than the relatively simple Majik unit, but not as precise as the DC motor system deployed on the Klimax level Radikal power supply. The original Lingo dates back to 1990, and – although it went through two significant changes in the intervening 28 years – the basic filtered twin crystal oscillator circuit in an external power supply box was very much in the ‘if it ain’t broke, don’t fix it’ camp. 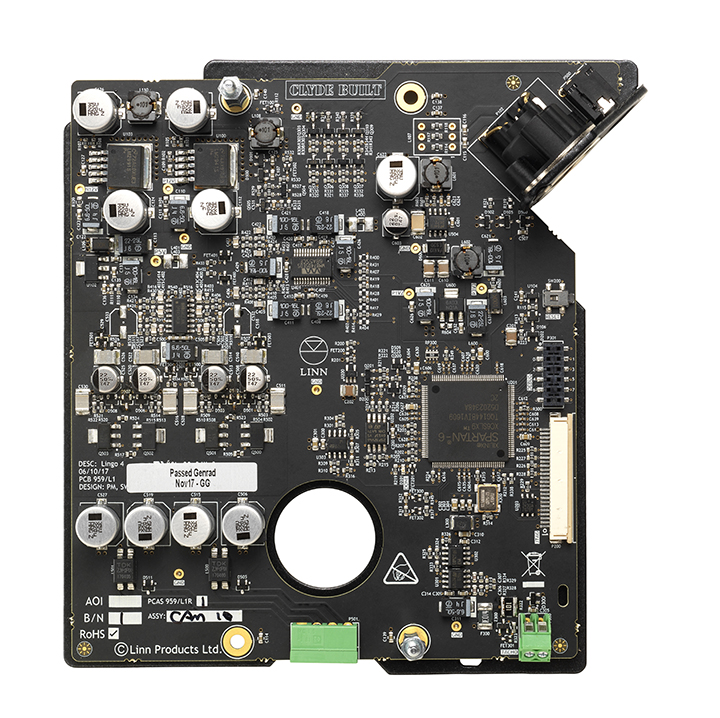 However, there were many lessons to be learned from the Radikal power supply, launched in 2009. This lived up to the name in that it made the fairly radical move from an AC to DC motor, using a calibration system that measured from the turntable sub-platter itself, and required a full-sized Akurate or Klimax power supply box. However, while the idea of referencing the actual speed of the platter to the motor is a good idea, on the AC motor used in a Sondek LP12 that alone doesn’t open up a whole can of ‘better’. Something more was needed.

That ‘something more’ involved a move to digital. The new Lingo 4 creates a precision sine wave in the digital domain, which is converted to analogue and amplified to drive a new AC motor. Couple this with both the Radikal’s feedback system (a sensor mounted near the motor reads a mark on the inside of the outer platter), and more decoupling between motor and top-plate, and the precision of the system is clearly audible.

Physically, there are several changes between Lingo 3 and Lingo 4. The main circuit board now sits under the Sondek’s sub-chassis (LP12 aficionados with long memories might recall this as the place where the Valhalla power supply used to be mounted), the motor needs to be replaced, with the speed reference eye mounted close to the new 12V motor, and the old power supply box gets radically slimmed down to be just a nondescript switch-mode power supply that is designed to be hidden from view. Like every step in the development of the Sondek LP12, the Lingo 4 is entirely retrofittable, although it requires the work of a Linn-trained dealer to install and set it up. It’s also likely that if you turn up at said dealer with a fully original turntable from 45 years ago, there are other upgrades along the way that might be more practical. Like a whole new turntable. On the other hand, any plinth made after 1984 (unless it was left in a sauna for a few years) could be brought to 2018 specification… there are almost no other products anywhere in the consumer electronics world that could make the same claim.

As Linn has long made a big thing of not letting end-users mess around inside the turntable, describing the installation process is academic. Actually, it’s like taking the turntable to a health spa. Trained vinyl-spinning masseuses will take your LP12, upgrade its Lingo, re-set the deck, and it comes back looking (and sounding) invigorated. You just pick up the tab! 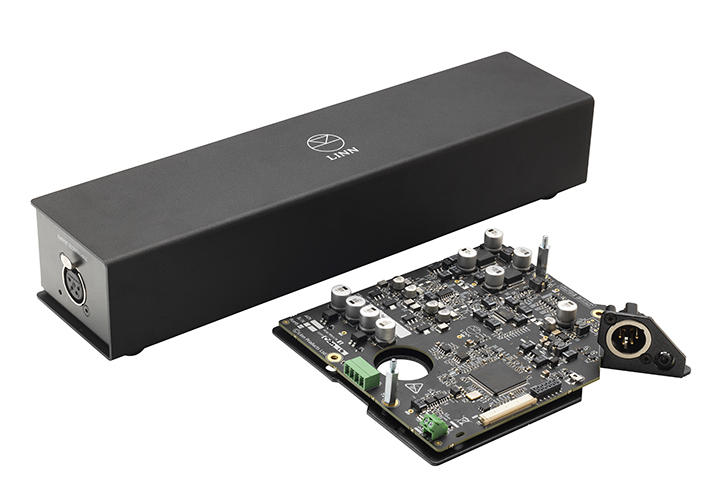 The thing about upgrades to the LP12 is there are so many of them in circulation. Linn has sold well over 100,000 Sondek LP12s over the years, and while there will be many that are no longer in use, or just acting like the vinyl equivalent of an old Mercedes 190E and still slogging on without repair or reset, there are tens of thousands still current, well-maintained, and being used in good systems. The Lingo 4 makes things easy for those tens of thousands of decks… it’s upgrade time! Unless the LP12 already has a Radikal, or has some fundamental flaws that need addressing first, the Lingo 4 is simply a ‘must-have’ addition to the LP12. Even if you have changed so many parts in the LP12 that it almost isn’t a Linn anymore, the performance of the Lingo 4 might make you think about returning to the Glaswegian fold. It’s that significant.

The weird thing about the Lingo 4 is that notionally at least all it does is make the turntable slightly more precise in terms of spinning at 33.33rpm and 45 rpm. On the one hand, this is not rocket surgery and we have been spinning records at their correct speed since the 1950s. On the other, spinning records at the correct speed is precisely what the LP12 is already very good at doing, so we should be gilding the lily here. We’re not.

Here’s how it works, take a dozen LPs to a dealer to compare two otherwise identical LP12s – one with a Lingo 3 and one with a Lingo 4. Play the first record on the LP12/Lingo 3 for a couple of minutes, replay the intro for 20 seconds or so, play it again on the LP12/Lingo 4. Take out the next LP, repeat the process going back from the Lingo 4 to the Lingo 3. Then wonder why you brought the other 10 albums.

Sonically, everything just gets that bit tauter and more focussed. ‘It’s All Right With Me’ by Marty Paich Big Band [The New York Scene,Discovery LP] was a perfect example of this. The horn section was just more impactful, more upfront, and more exciting. All the while, the rhythm section suddenly became that bit more easy to define (not a simple task; bandleader Paich on the piano, Scott Ledaro on bass, and Mel Lewis on drums are very much ‘in the pocket’ and play as a unit, and being able to tease out and separate bass from left hand piano is no mean feat). That holds from beautifully recorded string quartets to thin sounding Rolling Stones albums; what was on the album was not changed tonally, but presented with pinpoint precision. I can imagine some of the analogue die-hards holding out on this digitally-precise encroachment on their analogue replay system… but only until they audition the Lingo 4. This doesn’t fundamentally change the tone of the LP12, rather it extracts more from the records you play on the LP12; if you have spent the last decades not liking what the Linn Sondek does on ideological grounds, the Lingo 4 probably won’t be the tipping point.

Turning 45 could be cause for concern. It would be easy for Linn to let the LP12 casually drift into its dotage, relying on past glories. But that’s precisely what’s not going on here. The Lingo 4 does for the LP12 in 2018 exactly what the LP12 did for turntables 45 years ago – it provides a more accurate platform from which to extract the music. And yes, making the turntable go round at 33 1/3 rpm more accurately also makes the sound of the turntable better. Who would have guessed! 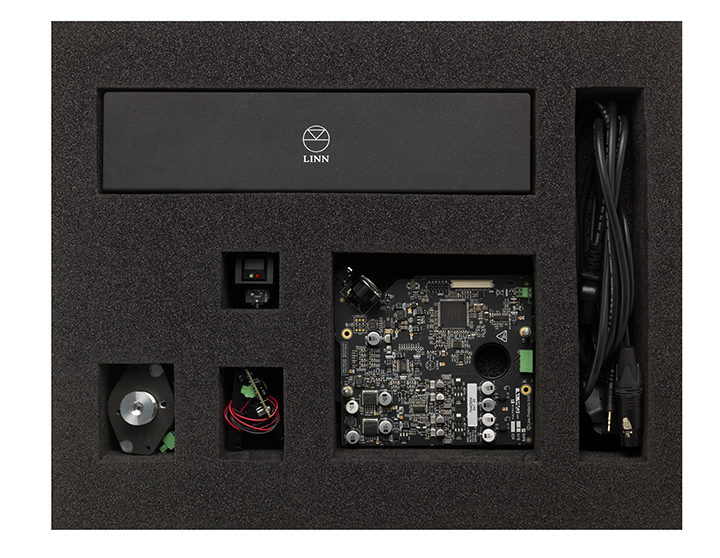 Recommendation is two-fold, but just as mandatory either way. If you have an existing Linn LP12 with anything apart from a Radikal, all roads lead to Lingo 4 and you need to book in a listening test. Granted, if you have an hour-long listening test, you’ll spend ten minutes listening and the remaining 50 minutes begging the demonstrator to take your money, but it’s worth doing the listening test just for that ‘oh wow!’ moment. The next is the ‘from scratch’ new LP12 owner. This is a done deal because if they are buying a Akurate-level turntable, it’s going to use a Lingo 4 now. They just get a better overall package. In other words, that two-fold recommendation is as solid as they get. The Lingo 4 is the best LP12 power supply that still features an AC motor. Upgrading or buying anew, it’s a real gem!