Reflecting back on the development of personal products over the past six years, it might be fair to say that the firm Astell&Kern almost single-handedly invented the portable, high-resolution digital audio player (DAP) product category. First came the January 2013 release of the company’s AK100 player, followed about eight months later by the even more sophisticated AK120 player, with a slew of ever more ambitious DAPs arriving over the years that followed. 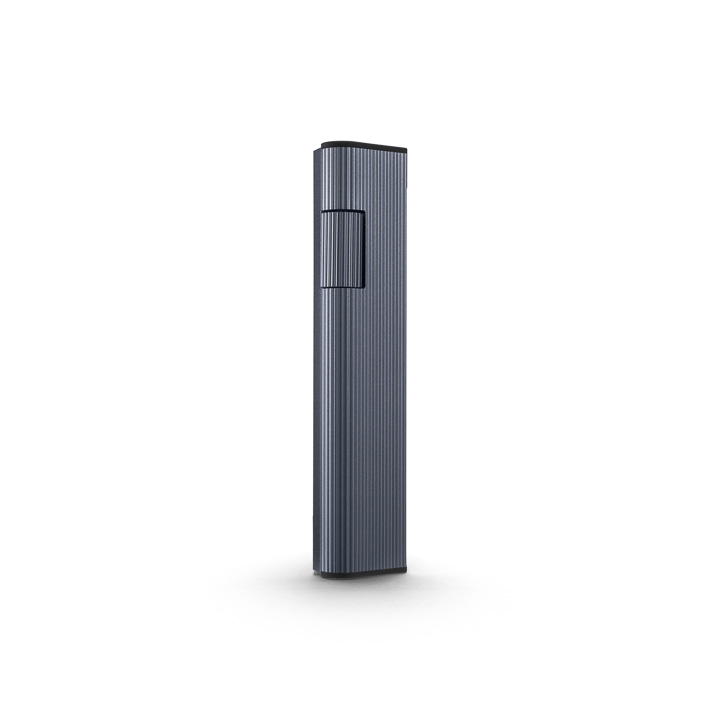 Each new AK model, it seemed, offered higher performance and more elaborate features than the last, but with ever-escalating prices that appeared headed straight toward the stratosphere. A cursory look at some of Astell&Kern’s more recent milestone DAPs makes this trend plain to see. The AK240 (circa 2014) sold for a then unimaginable $2,499 with some variations costing as much as $2,999; the AK380 (circa 2015) sold for a breath-taking $3,499 with some special versions going for as much as $4,999. Finally, in 2017 the über-flagship A&ultima SP1000 DAP took over the top spot from the AK380, with a selling price of $3,499 (causing the AK380 to be re-priced at $2,499 and the AK240 price to drop to $1,699). My point is that Astell&Kern’s top DAP models are and have always been among the best sounding, most full-featured, but also most expensive products of their kind on the market.

Recognising that its flagship models are at once desirable, but perhaps priced beyond reach for many enthusiasts, Astell&Kern recently introduced a multi-faceted, high-performance, and comparatively affordable digital audio player called the KANN.

In simple terms, the KANN was developed as a player that offered most of the key performance features of Astell&Kern’s big-boy DAPs, complete with a very powerful headphone amplifier, yet that could sell for under $1,000. As you will learn in this review, the attractively priced KANN gives up very little vis-à-vis its upscale brethren, meaning it may well be the high-end Astell&Kern DAP for the rest of us (that is, serious music lovers facing real-world budget constraints).

While the KANN does not offer the broad catalogue of add-on accessory modules that the A&ultima SP1000 and the AK380 both provide, it largely matches them in terms of versatility and essential playback-orientated features. Thus, the KANN supports playback of virtually any kind of high-res digital audio files from the following sources: the KANN’s own 64GB on-board music library memory; files stored on optional SD or Micro SD cards loaded into the KANN’s available card slots; files streamed from Bluetooth sources via the KANN’s Bluetooth V4.0 interface; files streamed via Wi-Fi from apps such as Groovers+, MOOV, and TIDAL; files delivered from USB audio sources via the KANN’s micro USB port; or files delivered from network-attached DLNA sources via the KANN’s Wi-Fi interface and the AK Connect app. In short, the KANN can handle just about any real-world use case imaginable. Two further points worth noting involve the fact that the KANN, thanks to its micro USB I/O port, is able to serve both as a USB DAC/player or as a USB source component—a level of versatility few other DAPs offer. 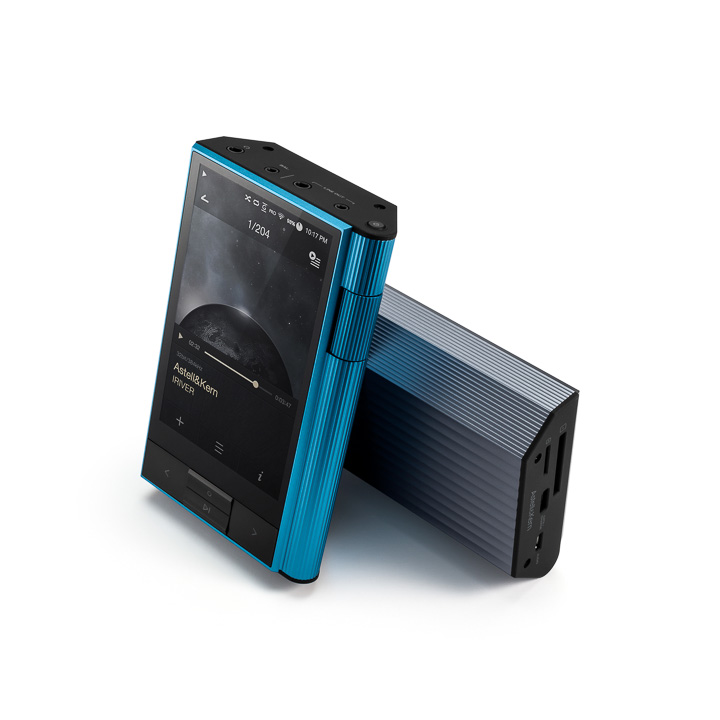 The DAC section of the KANN is based on a single AKM AK4490, where the AK380 uses two of these chips. Granted, Astell&Kern’s higher-end dual-DAC architectures achieve somewhat higher signal-to-noise ratios than the KANN provides, but the KANN’s 110dB signal-to-noise ratio will prove more than adequate to most listeners, even when using high-sensitivity in-ear monitors. More importantly, the KANN’s single AK4490 DAC can still handle PCM files sampled at 8kHz – 384kHz rates and 8/16/24/32-bits while also providing DSD Native decoding for DSD64, DSD128, and DSD256 files.

The headphone amplifier section of the KANN is designed so that, downstream of the volume control, there are three amplifier blocks: a stereo single-ended amplifier and two balanced-output amplifier blocks—one to handle +/- left-channel signals and the other to handle +/- right-channel signals. The KANN provides two user-selectable gain settings: Normal, with maximum output of 2Vrms, and High, with maximum (balanced) output of 7Vrms, which supports AK’s claim that this is one of the highest-output DAPs presently available. Finally, the KANN’s separate line stage section is fed directly from its DAC output, bypassing the unit’s volume control to achieve the best possible signal-to-noise ratio.

KANN comes equipped with a stout, high capacity 6,200mAH 3.7V Li-Polymer battery said to provide up to 15 hours of playing time. The battery can be charged via a USB-C port located on the bottom of the player. A low-jitter Reference clock is also provided, offering a low 200 Femto seconds of jitter. (Fast charge support charges the battery in two hours, half the time of other AK DAPs).

Physically, the KANN uses simpler though no less attractive chassis construction than the ‘milled–from-billet’ premium-priced AK DAPs do. To help keep build costs in check, the KANN features an extruded aluminium chassis that is roughly trapezoidal in cross section and that is offered either in ‘Eos Blue’ or ‘Astro Silver”. The chassis is capped-off with top and bottom endplates treated to a black, rubber-like ‘soft feel’ finish. The top plate features single-ended and balanced headphone jacks and line stage output jacks plus a master On/Off switch, while the bottom plate provides SD and Micro SD memory card slots, a USB-C charging/data port, and a micro USB I/O port for digital audio data.

On the side of the chassis is a roller-type volume control, while the face of the unit centres on a 4-inch WVGA (800 ×480 pixel) LCD touchscreen, beneath which is a rectangular array of control buttons (Track Forward, Track Backward, Play/Pause, and Back/Home). I found the KANN’s user interface to be highly intuitive and extremely easy to learn. All other user settings, including controls for the KANN’s extensive EQ system, are available through a pull-down menu accessible from the full-colour touchscreen.

During my listening tests, I used the KANN with two sets of high-sensitivity in-ear monitors (my reference Noble Kaiser Encores and a set of Campfire Audio Andromeda’s) and with three sets of full-size planar magnetic headphones (the Audeze LCD-MX4, Final Audio D8000, and MrSpeaker ÆON Flow Open headphones reviewed on page 49). In all cases, the KANN acquitted itself admirably. 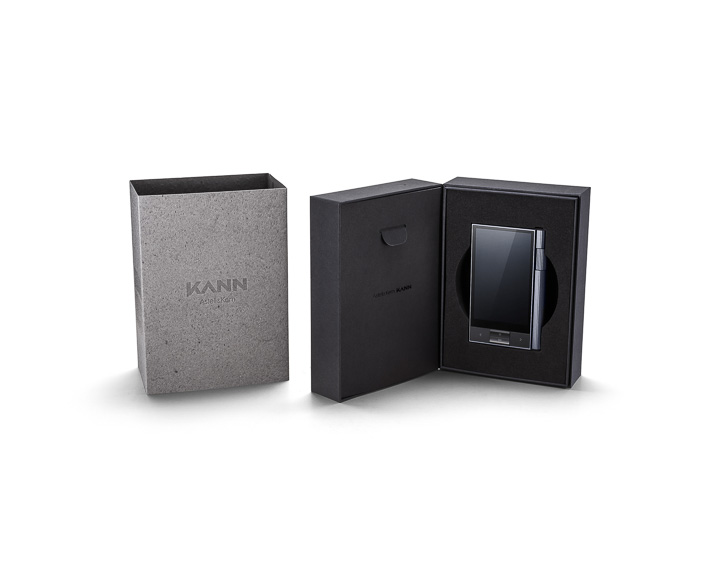 Whether used with its Normal or High gain settings the KANN proved to have plenty of muscle (and plenty of finesse) for driving my full-size planar magnetic headphones, yet with its Normal gain setting it also delivered enough delicacy, resolution, and sufficiently low noise to achieve a spectacularly refined and three-dimensional sound with my in-ear-monitors. This ‘works-well-with-everything-you’ve-got’ quality is a huge part of the KANN’s appeal (justifying, perhaps, Astell&Kern’s marketing tagline, which calls the KANN “One DAP to rule them all…”).

In practice, the KANN’s characteristic sound is different to, but no less appealing than, that of models such as the AK380 and A&ultima SP1000. Where the premium-priced models offer an almost hyper-focused, high-definition sound that strongly emphases qualities of purity and pristine clarity, the KANN offers a very slightly warmer, more organic sound—a not-so-intensely focused sound that, for many recordings, perhaps more realistically conveys the overall ‘feel’ of the music. But please don’t misunderstand me. The KANN does not sound diffuse or softly focused; rather it has different sonic priorities than the upper-tier AK DAPs, showing less emphasis on traditional ‘hi-fi’ virtues and more on getting the overall sense and sensibilities of the music right. This is a trade-off many music lovers can, I think, happily embrace.

For me, the sheer ‘magic’ of the KANN was driven home as I listened to the title track of jazz percussionist/pianist Marilyn Mazur, vocalist Josefine Cronholm, and guitarist Krister Jonsson’s Flamingo Sky[Stunt, 16/44.1]. This eclectic piece features Mazur’s percussion meditations as performed on high- and low-pitched instruments, Cronholm’s free-flowing and at times almost aleatoric vocals, and Jonsson’s earthy, hook-filled, and incisive guitar grooves. The whole becomes a heady and mesmerising study in exotic tonal colours, textures, and rhythms that the KANN reproduces in all their glorious richness and mystery. On this piece and so many others the KANN simply draws listeners in, inviting them to lose themselves in the music, rather than focusing on the player itself (which is what all fine audio components ought to do).

The KANN is a fine and exceptionally versatile DAP whose ineffable musical ‘rightness’ is a sonic gift that keeps on giving. The KANN also offers terrific musical value for money, which makes it just that much more desirable. So, please be careful; if you spend much time with the KANN my educated guess is that you just might fall in love with it. Highly recommended. 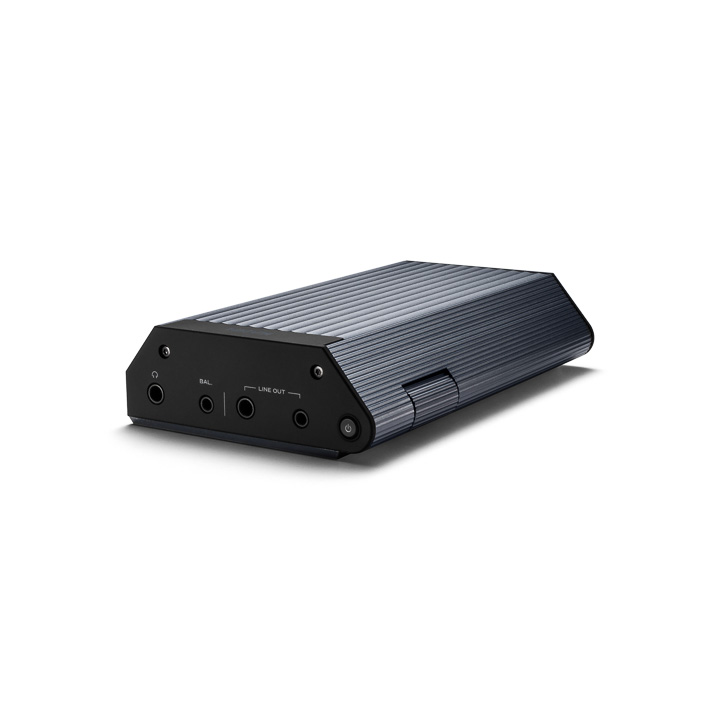 Distributed in the UK by: exertis Unlimited