Hegel’s highly rated H90 integrated amplifier (which we tested back in issue 152) is one of most popular amps Hegel ever made. So popular, in fact that Hegel found itself constantly running out of products to supply. Most companies would think this a chance to rest on their laurels and keep supplying that popular product until sales began to dip but instead Hegel released the H95 replacement.

There’s a lot of “if it ain’t broke, don’t fix it” about the H95, which is in part because the H90 remained no bad place for an amp maker to be in 2020. Nevertheless, Hegel felt that its overall balance of streaming, digital audio, and connectivity options were slowly approaching obsolescence. It’s an indication of just how fast-moving parts of the audio industry have become that 2017’s shiny new digital platform in an amplifier looks like becoming old news by 2020/21. In fact, I think Hegel is jumping the gun a little here, but it’s true that UPnP in its 2020 form is a lot more stable than it was even 18 months ago, so capitalising on that improvement means a more robust network streaming option, which means fewer drop-outs and that means more smiles per cubic listener! 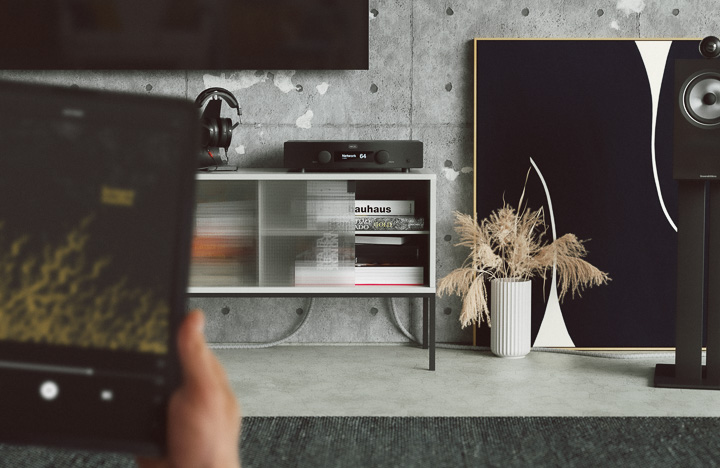 In short, what Hegel did in the H95 was significantly improve the on-board DAC (learning much from developing products like the H120 and H190 along the way), at the expense of the Control 4 home automation architecture that featured in the H90 and Hegel’s Röst. Both these products have been discontinued, and although an ambitious project in its own right, the Röst’s role as ‘the dream audio amp for the integrated home’ has disappeared from the line-up.

However, in a way, this streamlined product approach might prove better both for Hegel and potential owners, as there’s no poetential confusion between two seemingly similar but conflicting entry-points to the Hegel line. Instead, it’s just the H95.

The H95 retains a lot of what worked on the H90, especially the SoundEngine2 local error cancelling topology. And while the output stage is slightly improved over the H90, the H95 still delivers a 2×60 Watt Class AB power output. In fact, putting the two amps side-by-side, you might struggle to spot the difference at first glance. Like its predecessor, it has two sets of analogue RCA inputs and a variable analogue output, a trio of TOSLink optical inputs and a single RCA/coaxial S/PDIF input, a USB and Ethernet inputs. Excepting the home automation pathways, you’d be hard pressed to spot the difference.

Things change fast when you power the H95 up, as you are presented with the more comprehensive functionality of the digital engine of more up-scale Hegels. With that comes Apple Legacy AirPlay and Spotify Connect premium, and should those be updated, that digital platform is firmware-driven.

The H95 has greater flexibility in terms of input and output ‘wrangling’ too. You can configure individual inputs, for example as home theatre by-pass, set the individual maximum volume levels for headphone and speaker outputs, and even preset the start-up volume (although for that you need the optional Hegel RC8 remote control). H95 has the same menu system as its bigger brothers, allowing for software updates over the internet via the on-screen menu. You can also enter the menu to see the H95’s IP address and other information. You can even set it to ‘wake-on-LAN’, meaning if you select something like Spotify Connect or a track from your network server, the H95 will spring to life from standby automatically.

The sacrifice here compared to the H95’s bigger brothers is where others are going down the Roon End-Point path, that will not be on the H95’s road-map. This is perhaps less of a deal-breaker when dealing with an entry-level amplifier than when discussing one of the company’s mid and upper-tier products, in no small part because the cost of Roon is more likely to prove an obstacle to listeners at this price point. While I am of the opinion that an amplifer should have every option possible and let the end-user make the decisions, including a Roon End-Point option in the H95 would inevitably increase its cost to that end-user, so pragmatism wins out. 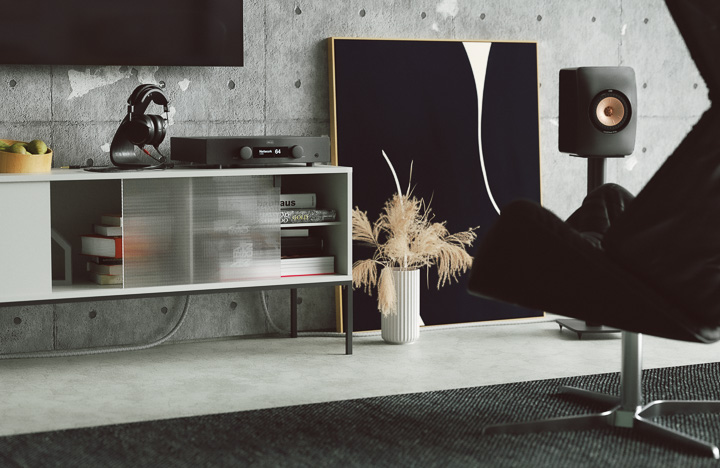 If you use the H95 as an analogue-only amplifier, the differences between this model and the H90 it replaces are relatively small. There are minor improvements to the analogue stage and power supplies, and the headphone amplifier has been reworked to help lower noise. You do get a slightly more cohesive sound with a better controlled and wider soundstage, but – in all honesty – the differences are slight and were this an analogue-only amplifier, to say the H95 was an improvement over the H90 would be a bit of a reach.

However, the H95 is not an analogue-only amplifier, and with just two analogue audio inputs, I suspect it’s rarely used as an analogue-only amplifier. It’s a digital platform with built-in analogue amplification, and if you do the same comparison between old and new, the differences are marked. In fact, I’d almost like to keep hold of an H90 and H95 for those occasions when someone rattles out the old ‘bits is bits’ maxim. Compare the two side-by-side, and the ‘bits is bits’ argument slinks off into a corner and licks its wounds.

Where this first hits you is in the soundstage. The H90 actually had a very good soundstage in its own right, but the H95 creates a holographic field of sound so richly populated and focussed, so solidly rooted to the stage, and so damn expansive, the comparison is almost funny. Short of playing something recorded in mono, this is immediately noticeable on anything you have played before. The stage is more controlled, wider and more three-dimensional. And if you play something with a good soundstage in its own right (the sumptuous Convergence by Malia and Boris Blank [Universal] for example) the recording just flows around your room like you are being washed in sound. This sound is precise and rooted in space (these are Hegel characteristics common to the breed), and it’s a joy to hear.

You are typically so wowed by the staging properties that you almost overlook the improvement to detail and dynamic range that the H95 brings to the party. Give it a few tracks, however, and you begin to hear that there’s more to the digital engine than just a big soundstage. The precision of that digital platform is best expressed through vocal articulation, and whether that’s the pure voice of Joni Mitchell [‘Help Me’, from Court And Spark, Asylum], the weaponised complaint rock of Alanis Morissette’s ‘You Oughta Know’ [Jagged Little Pill, Reprise] or even Bebe’s ‘Animales Hambrientos’ [Cambio De Piel, Warner Spain], diction is perfectly maintained and precise while the texture of the voice and its plosives are exactly and excitingly placed front and centre in the mix. These changes to the sound truly transform the H95’s performance, moving an already good amplifier up several notches. 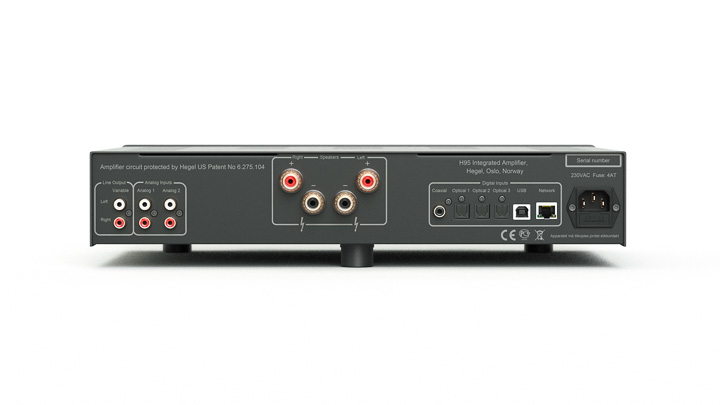 As I said at the outset, “if it ain’t broke, don’t fix it!” Hegel resisted the temptation to radically revise the analogue stages of the H95, because the digital section proved so revelatory it didn’t need to. Hegel is giving the H95 the tagline “Intelligence is Change, “ which is loosly interpreted from a quote by Albert Einstein: “The measure of intelligence is the ability to change.” While Hegel’s pithy version has a touch of Orwell’s Ministry of Truth about it, it does sum up what the H95 has done pretty neatly. The change made to the amplifier is intelligent, and the results are significant. I think Einstein would approve!