In a very real way, this is the easiest review I’ve ever had to write. The Audio Research Reference 160 S is the stereo version of the Reference 160M mono power amplifiers we reviewed in Issue 163. The 160 S is cheaper and takes up less floorspace but offers almost all the qualities of the 160 M, save the obvious channel separation that mono amps bring and a very slight reduction in ‘edge of the limits’ range and scale brought about by a shared chassis. Unless you like to play at ‘noise abatement’ levels or have a particularly demanding block of iron masquerading as a loudspeaker, you might never notice. We loved the 160 M, and the 160 S does nothing to tarnish that feeling. There. Job done!

OK, so it’s not quite that simple, and neither was it quite that simple for Audio Research to take a perfectly fine mono valve power amplifier and squidge (technical term) it down into a single chassis. Or, more correctly, it’s not so easy to turn mono amps into a stereo amplifier without throwing the baby out with the bathwater. Often, the sacrifice is substantial and while the product still makes it out into the wild, it does so at the expense of performance… and we’re all canny enough to recognise the shortcomings. The reviews are good, but not the same kind of ‘rave’ of the original model, sales are mixed, and history doesn’t treat the ‘stretched’ or ‘shrunken’ model kindly. Fortunately, Audio Research has a gift for not doing that at all. In the case of the Reference 160 S, it took the popular 160 M and made sure the 160 S had the same basic voicing, in the process consciously moving the mild shortcomings such a change makes to places where few will notice or care. 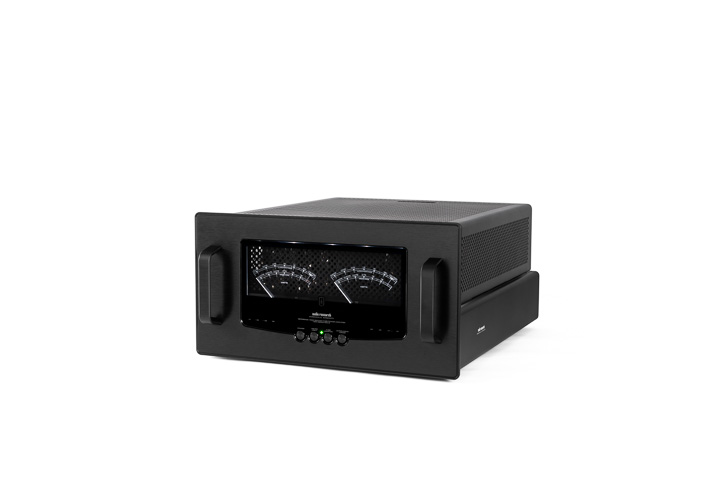 The Reference 160 S replicates almost everything of the 160 M in not-quite microcosm, including a proprietary auto-bias circuit, switchable Triode or Ultralinear modes of operation, balanced and single-ended inputs, a choice of speaker output taps, and an output tube monitoring mode. It also sports two matched pairs of KT-150 power output turning in a healthy 140W – which are fed by two 6H30 double-triodes in the gain stage – per channel. That’s exactly the same gain-stage and output valve configuration found in the mono amps. The mono amps have their own chassis and their own power supplies, where in the 160 S both of these are commoned and fed by a huge C19 IEC connector.

The other big thing that’s retained is the GhostMeter front panel display, where the twin VU meters on the front of the amplifier ‘float’ within the glass front. In print, this can sometimes look as if it is part-obscured by the glowing glass behind it, or it looks as if it glows too brightly. In fact, neither of these things are true in the real world, and – although it’s probably more an ‘ankle up’ than a ‘head up’ display, the GhostMeter really looks the part, ladling on the retro-cool to the point where you might want to play some John Barry soundtracks. More importantly, it can also act as a useful status display board for the amp’s health and tube hours.

Back to the boxes. Or rather, box. One difference between stereo and mono chassis is because there is a lot going on in the one box, it puts out a lot of heat. Sircom’s Law of Ambient Heat Matching means that the higher the heat output of the product up for review, the hotter the outdoor temperature and this one was used in the height of Summer (the advantage to living in England is the height of Summer is rarely going to be arc-weldingly hot, the disadvantage is that often means air-conditioning in homes is an optional extra). However, I think the stereo power amp runs a little hotter than the monos at any given volume level. Not significantly so, but mildly hotter. Also, in cooler times, where it’s possible to turn the fans to ‘off’ in the 160 M, putting everything in the same chassis means the fans are running permanently in the 160 S, although they are whisper quiet in daily use and even when running flat out on a hot day, they hardly got above a mild whirring, rushing sound. Anyone who’s tried to use Roon with an older Mac Book will have experienced a lot louder sounds coming from their computer.

I used the amp in good company, with a pair of Wilson Duette Series 2 and a pair of Audiovector R1 Arreté loudspeakers at the noisy end, a 100-Series Melco front end paired with the excellent APL DSD-SR mk II DAC (see next month), an Audio Research LS28 line preamp and Cardas Clear cables. This was used both in balanced and single-ended mode (balanced sounded better). 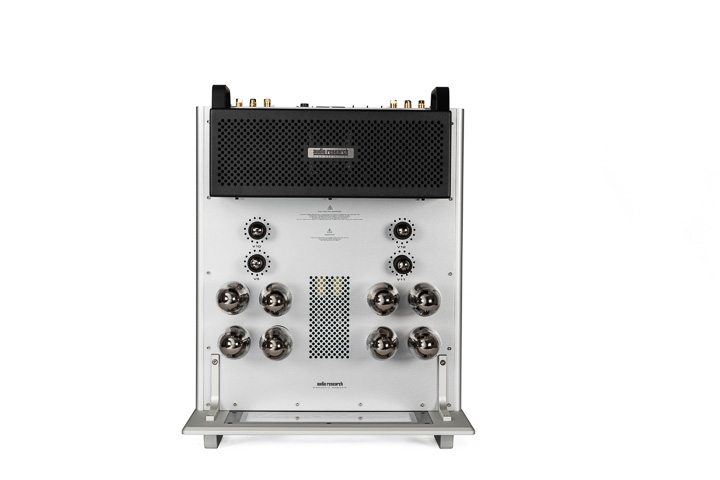 The Audio Research 160 S is a great product. Really great. Not great in context or comparison; in and of itself. It’s almost laughably dynamic, making many amps we think of as dynamic sound a little flat and boring by comparison. It extends that dynamic contrast from the quietest level to getting on for PA levels.

What I really like about the Reference 160 S (a strong echo of what I liked about the 160 M) is the way it combines analysis with musical enjoyment. It’s effortless and detailed and on the ‘inviting’ rather than ‘stark’ side of the tracks, but you never once feel like you are listening to electronics… they just melt away and you are left with the music. And the better that music, the greater that sense of being in touch with the intention of the music. Of course, some of that comes from excellent detail, a holographic soundstage and the sort of vocal articulation that turns all of us into amateur orthodontists. But it’s more than that; you are there and near viscerally engaged with the music.

A lot of the music I cite in reviews are not my first listening choices away from the keyboard; it’s a way to help switch off the critical parts when enjoying some music. But here, I became so enveloped with the music the lines between ‘reviewer’ and ‘music lover’ evaporated. This meant I listened to Joyce DiDonato [Stella Di Napoli, Erato] supposedly for work, but soon it turned to fun rather than for a coherence and articulation check, and then I started playing ‘Scope’ by Morten Granau on Tidal (very thumpy trance), and on to War Pigs by Black Sabbath… and then realised that was another session lost to music. That doesn’t happen often when there’s a deadline to hit!

The interesting part here was the on-the-fly ultralinear/triode swap. I found moving to triode mode sounded a little wispy and airy whenever I was playing through the Wilsons, and ultralinear a bit more grainy and over-engineered when it was hooked to the Audiovectors. Granted these are not as big a change as it seems from the telling of the tale, but on balance I more often than not came down on the ultralinear side when using the Wilsons and the triode side with the Audiovectors. There were musical exceptions to this – folk seemed to like single-ended triode sounds throughout and ZZ Top demanded ultralinear in both cases to deliver maximum boogie. The great part of this is you are not wedded to either and experiment is key. 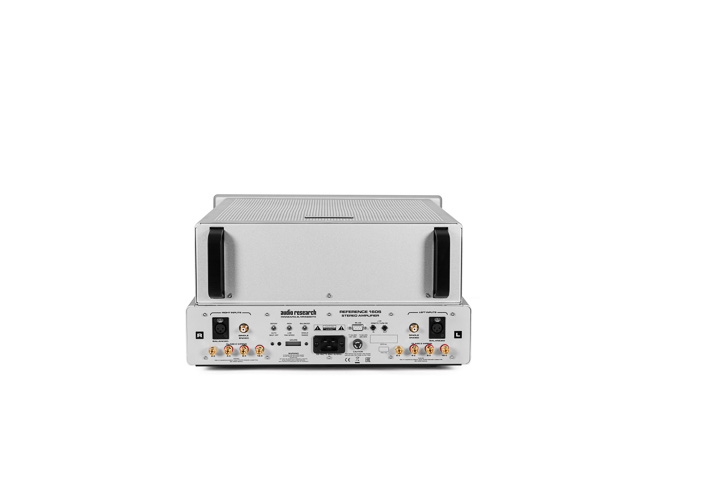