We’ve put together a pairing for this review of the substantial yet understated Amphion Argon 7LS, floorstanding loudspeakers and the Hegel H190 integrated amplifier which, with its built-in DAC and generous 150W output offers pretty much all the connectivity, networking and system driving ability you could reasonably want. We’ve done it because Amphion and Hegel is a combination we’ve quite often seen at shows, or in dealer dem rooms, so we wondered why. Partly, it might be because both are available in a subtle soft white finish, so they tick that blond wood and white linen Scandi aesthetic box, but is there more to it than that? Is this a marriage of convenience, or a match made in heaven?

The H190 chosen here is the mid-point of the Hegel integrated amp range. It needs no introduction to Hi-Fi+ regulars, having been reviewed by JK in issue 156, so the interest here is in how it fares when partnered with the Amphion Argon 7LS, a middling-to-large sized floorstander at the top of Amphion’s Argon range. The Scandi-chic is more than skin deep: Amphion is Finnish, while Hegel is Norwegian. But it’s a different Norwegian to its compatriot, Electrocompaniet. While Electrocompaniet delivers on the hygge, Hegel is more about that image of clean-limbed freshness and vitality, as if Norway were a spotless toothpaste ad.

Amphion, by contrast, is a little harder to get to know. I suspect it suffers in a short dealer dem when put up against the typical reflex-ported loudspeakers we’re all familiar with. Amphion, perhaps because of its strong presence in the pro audio community, eschews ports and the Argon 7LS has instead a pair of ABRs on the rear, mirroring the d’Appolito configuration of the main drivers on the front panel. Initial impressions can be misleading, the Amphions sounding almost diffident, compared directly against a ported speaker with its free-breathing characteristics, but give them an hour or so, and they start to get under your skin. And once there, they’re not easy to forget.

And the reason for that is partly down to that lack of ports. Amphion contend that while ports may extend bass depth they also mess with its timing, and their thoughts are borne out by the listening experience. The Amphions exhibit a quite remarkable degree of bass control: deep, fast and tuneful, and gratifyingly tolerant of room placement. But the Amphions’ subtle beguilement is also probably down to the uncomplicated crossover design and its operating range which, at 1.6KHz, keeps the crossover point well below the frequencies the human ear is most sensitive to. The tweeter sits back from the front baffle, deep in a specially contoured waveguide for optimum dispersion. The net result is remarkably solid and stable imaging, and a somewhat wider than usual sweet spot. Coupled with the tolerance to room placement, this is a loudspeaker that probably deserves serious audition if you have a difficult or awkwardly-shaped listening room.

So, in combination the sound is precise, clean and tight, with ample deep bass which underpins without overwhelming. Imaging is quite extraordinary, placement, whether singers, soloists or string sections is approaching holographic levels of precision; the Hegel/Amphion combination quickly starts to feel comfortable and confidence-inspiring. Pink Martini’s ‘Hey Eugene’ from Hey Eugene [Wrasse Records] is a good example. The solo vocals are firmly anchored front and centre, while the rest of the 18-piece ensemble is arrayed behind and to the sides and it’s easy to pick out the individual contributors, pretty much at will. And that’s not merely a party trick, it shows how strong this combination is with timing. Pink Martini, for all its size, always gives a tight and often surprisingly intimate performance, they’re always ‘on it’ and here you see exactly how good the individual musicians are, and how well they contribute to the whole. 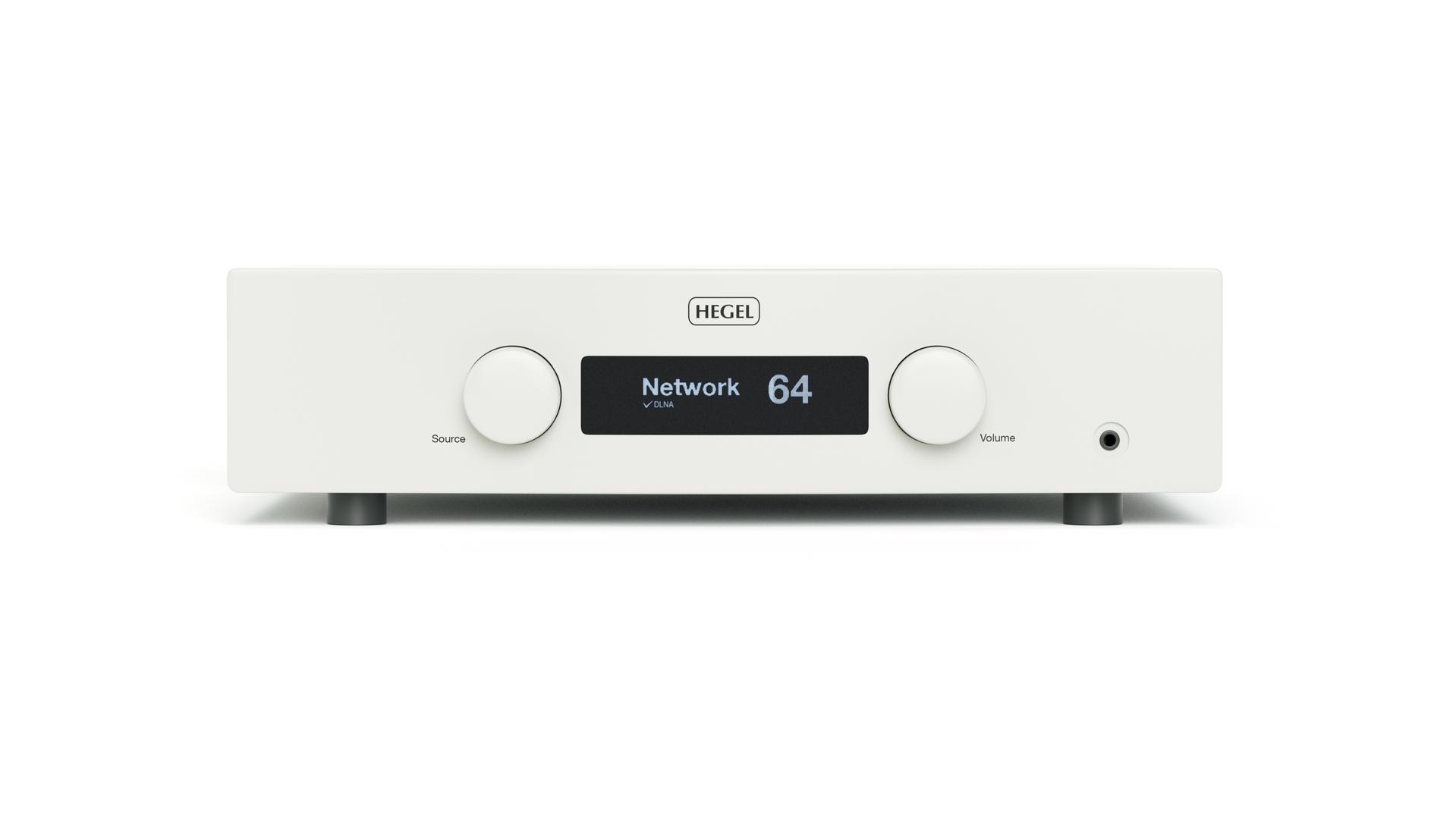 The Hegel 190 wears its power lightly, almost deliberately so it would appear, because realistic levels require a volume setting somewhere north of 60 (it tops out at 100); the Amphions are pretty efficient, so this seems to be a design choice, perhaps to allow greater discrimination at lower levels. Consequently, venturing into the top third of the volume range became normal enough and the amp never exhibited any signs of stress; no harshness, shoutiness or grossly oversized, misshapen instruments. Indeed, composure under pressure is one of the hallmarks of the Amphion/Hegel combination. Yes, even with The Bad Plus’ ‘1979 Semi-Finalist’ from Give [Colombia] was powerful, with deep, tight, tuneful and very well controlled bass. The track starts with a simple, subtle piano motif, then explodes with a hammering drum riff. This was indisputably emphatic, but sometimes there was an impression that the overall presentation of the track was less energetic than I’ve heard it elsewhere. I don’t think that was the issue though, it’s quite likely to be an illusion due to the clean and fuss-free delivery. Sometimes that sense of energy is the sound of your system losing the plot. There was some slight impression of bass notes pressurising the room, a subtle ‘pumping’ sensation that isn’t apparent with my normal ported loudspeakers; I suspect this is partly indicative of the different way the Amphions seem to drive the room.

And different they definitely are, but not in the sense of being coloured or less than transparent. Understated, yet communicative in an almost subversive way, they speak clearly and emphatically, like a statesman, rather than bellowing in your face, like a drill sergeant. The opening percussion riff to Peter Gabriel’s ‘Red Rain’ from So[Realworld] is perhaps best described as ‘neat’: tight, fast, neither splashy nor over-emphasised, just in its place. ‘Here Comes the Flood’ from Shaking the Tree [Realworld] was poignant and affecting, underpinned powerfully by the superb tunefulness and harmonic impact of the deceptively simple piano part. The piano was a particular strength, invariably powerful but not overblown. Roberto Fonseca’s ‘Mi Negra Ave Maria’ from Yo [Jazz Village] is a case in point. This track can sound a bit bombastic and there’s clearly a huge and impressive piano here; Fonseca makes full use of its capabilities but his phrasing and range of expression is clearly heard, and the tunefulness of the lower registers underpins the harmonies, bringing out the thoughtfulness that’s clearly behind the musicianship.

Visiting the LSO Tchaikovsky ‘Capriccio Italien’ [Decca], the nicely focussed imagery helped lay out the different sections of the orchestra as the thematic material passed between them in the opening section. The system maintained its composure with a sense of the – sometimes exuberant – energy levels being carefully yet sensitively managed. Big, ebullient jazz, Abdullah Ibrahim with the NDR Big Band was presented with insight, clear and lucid. Sometimes Ibrahim’s piano can get a bit lost in the melee but here his expressive and sensitive phrasing came through clearly. In ‘Black and Brown Cherries’ from Ekapa Lodumo [Enja] the energy of the band was clearly apparent, well expressed but controlled. It was easy to hear into the complexity, and the tunefulness of the lower registers – in particular the trombones – was again a particular joy.

Of the pairing, I have to say it is the Amphions which impressed me the most. I briefly reinstalled my regular Albarry pre-power combination for a point of familiar reference. Despite conceding, on paper at least, some 40 Watts to the Hegel, the Albarry-Amphion pairing did deliver more vigour. There was a slightly diminished sense of order compared to the Hegel however, the individual parts perhaps not quite so clearly delineated. Given my bond with the Albarry amps runs very deep, that it didn’t simply ‘blow away’ the Hegel integrated says much for the Scandinavian integrated.

So, to answer the question in the first paragraph, the Hegel H190/Amphion Argon 7LS combination is clearly more than merely a marriage of convenience. Splitting the pairing up shows they are both very fine products in their own rights. Speaking for myself (not in the more dispassionate tones of the reviewer) I think the Amphions are the better part of the pairing, but I can see why many would say the opposite, and that is at best nit-picking and both are capable of delivering a very musical experience in combination and in other systems. It’s easy to hear why people are excited about the products of both brands, and it’d be interesting to hear the bigger (£4,900) H390 amplifier in place of the H190. Whether that might be closer to a match made in heaven will have to wait for another day (and the successful pitch to the Editor for a follow-up review), the combination of Hegel electronics and Amphion loudspeakers is clearly one of those partnerships which has settled into long-term, happy contentment. 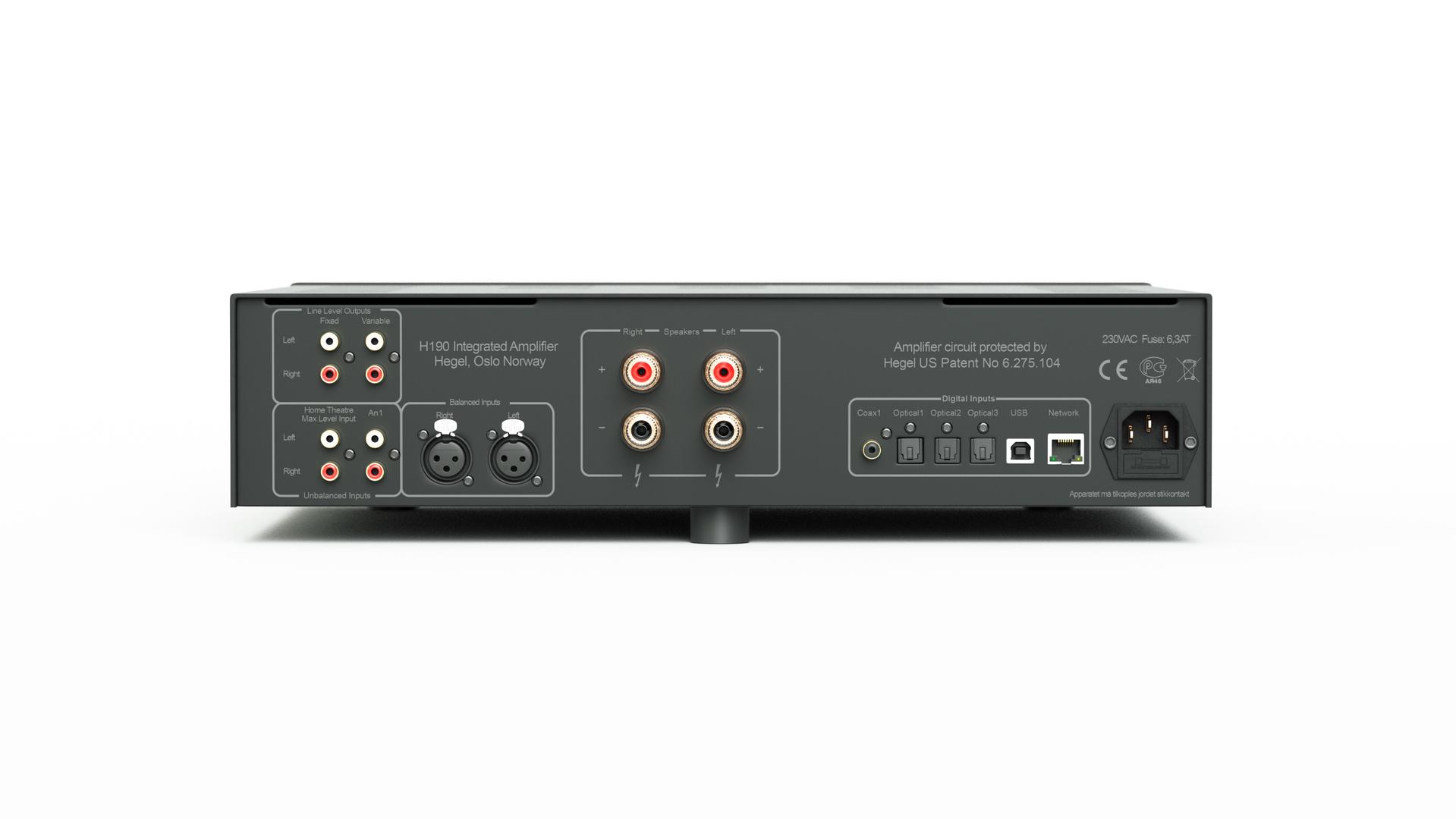