OK that’s too simplistic and more than a little too odd to think about in any kind of deeper sense, but there’s a grain of truth in this. No, not in the Barry White way, but the notion that this is pretty much the amplifier component of the H360 spliced with the digital platform first seen in the Hegel Röst and H190 – and taken to its ultimate in the H590 – is not so far-fetched. Roll that round your brain-pan for a few moments; a lot of Hegel’s H590, a product so good the company had to work out whether or not it would cannibalise sales of its own popular HD30 DAC, exists in the H390. 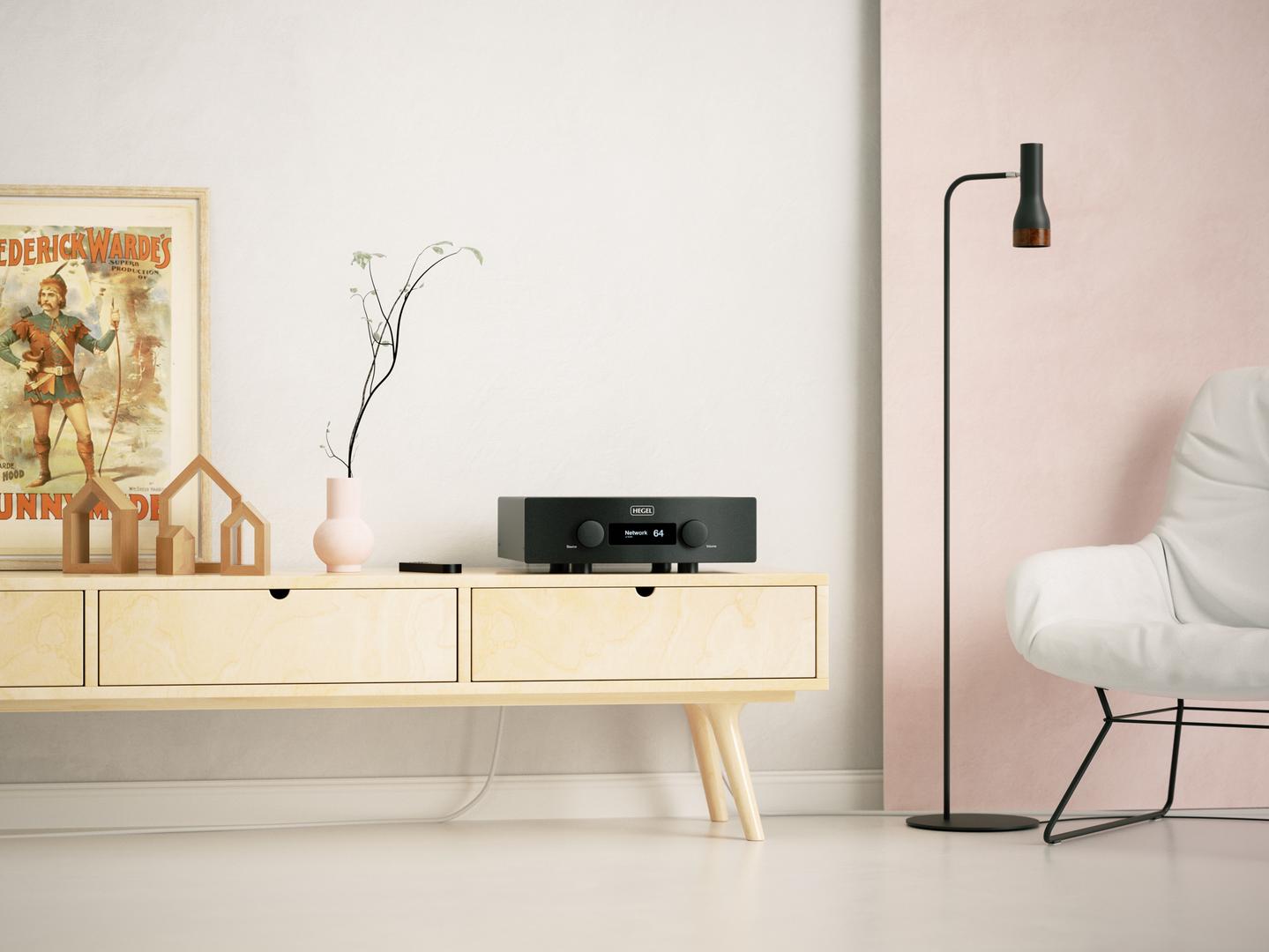 Granted the H590’s DAC section is more advanced than the one in the H390, but not by much. In fact, the only real limitation made to the H390 from previous models and what marks it out against the H590 is the big boy uses a full aluminium chassis, and the H390 saves weight and cost by going for some moulded parts in less sonically critical areas. Little wonder then that Hegel gave this project the code-name ‘Robin Hood’ during its development because it really does take from the rich… not that you’d call putting that richesse of technology in a five grand amp ‘giving to the poor’, but you get Hegel’s drift.

We could just say baby H590 and stop there, but there is more to it than that. Even though the H390 uses a slightly simplified version of the H590 DAC there are a few bits of the design that are actually taken further too, as reflects another year down the digital rabbit hole. In the H390, all digital inputs are given the same extra jitter reduction treatment as used in the USB and Network inputs. This means lower jitter on S/PDIF inputs too. The H390 supports MQA, DSD64 on S/PDIF inputs, and USB up to DSD256. The H390 also supports internet updates, like the H590, so you can update via the menu. Developing this upgradablility allowed the technology to trickle down to the H190 (it will be available after you install firmware update v.20). This also unlocks aspects like adding a Roon endpoint, improvements to MQA and DSD replay, and better sounding Ethernet streaming. Add in AirPlay 2, UPnP, Control 4 conectivity, and volume control from USB, and you have an extremely flexible platform.

You can now even see the amp’s IP address in the menu. This was something that was harder to do when Macs still clung to Bonjour, but with that out of the way, being able to eye-ball the IP address allows you to go to the amplifier’s home page on a web browser and customise a lot of settings.

In the process of squeezing the H590s digital quart into the H390’s pint pot, Hegel discovered some things along the way. Such as, routing all digital inputs through the USB’s DSP. That is a first for the H390. In addition, Hegel came up with ‘down-clocking’;  reducing the frequency of the system clock of important circuits whenever possible to minimise noise. This is almost the antidote to the audio arms race where every device needs more processing power. By effectively letting those circuits run below their limits, there are clearly audible and apparently measurable benefits to be had.

If Hegel just threw all this digital nicety at the H360 and left the amplifier effectively unchanged, the company would be on to a good thing. However, Hegel went right back to the drawing board (well, drawing tablet) and not a single analogue board in the H390 is shared with its predecessor. That allows the H390 to have fully configurable inputs, so they can be variable or line-level inputs. The H390 also has higher gain on the pre-output compared to other Hegel amplifiers, which is especially useful for those who run their music system in a 2.1 configuration with a powered subwoofer.  Naturally, the amplifier was given Hegel’s listening test treatment; the H590 was voiced, then members of the team were handed out early pre-production samples and asked to live with them for a while and report back. That gives a multiplicity of sources and loudspeakers used in the ‘beta test’ phase. 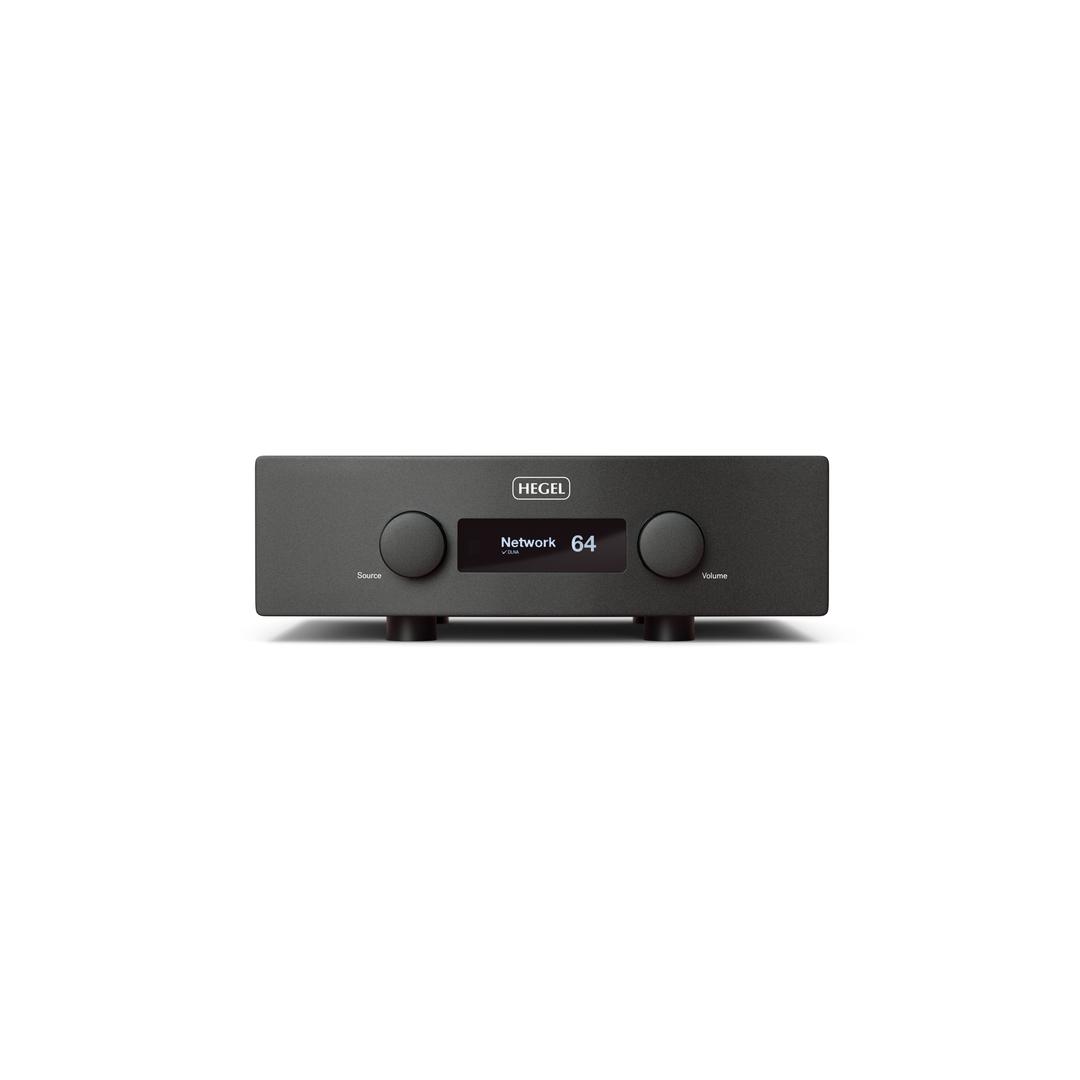 It’s hard not to dub the H390 as the ‘baby 590’ and for good reason. But, in fact it’s so much more, both in terms of performance and on a gut level. Let’s be clear here, the H590 is the better amplifier with the better DAC; it’s smoother sounding, more insightful, and more powerful sounding. But it’s also £9,000 and there is an expectation that an amplifier that costs that much delivers the goods as a matter of course. The H390 isn’t nine grand… you get £100 change from five grand, and the ‘wait… what’ moment is just how much the H390 closes that gap.

I logged many an hour with the H360. Some time had passed between those hours and the hours spent with the H390, but I’m sure of the difference. The H360 was good – in competition to its peers at the price, great in fact – and the H390 makes it sound almost broken. That slight leading edge sheen that we all but ignored because there was nothing at or near the price that could do better, now sounds edgy and harsh in the presence of the H390.

I popped track after track through the H390, playing everything from dying man complaint rock (the title track to Leonard Cohen’s You Want It Darker album on Columbia), through Glenn Gould playing wispy Bach inventions, and out through the medium of Infected Mushroom belting out ‘Noon’ from IM the Supervisor [Yo-Yo], to Jackie McLean’s Bluesnik album [Blue Note]. I played these tracks and more through a CD player into the analogue inputs, through S/PDIF, USB, Ethernet, in fact so many inputs were I to describe them all this would read like a Dr Seuss book. Nothing fazed the H390. Nada.

It had that effortless dynamic range and grip over the loudspeakers we have come to expect from Hegel, with a comprehensively good performance in all other aspects, and as I said that mild upper-frequency zing of its predecessor has been replaced with ear-opening neutrality and honesty. But most of all, it’s a fun thing; listening is a journey of musical discovery that is never dry or fusty. It’s got passion and energy in its output, and it expresses that on every loudspeaker I paired it with, even ones that normally wouldn’t get out of bed for a £4,900 amp. In fact, that little jaunt through any loudspeakers I had to hand was telling; the amp’s character was like musical smoke in all the right ways – aside from a universal grip over the bass units from its high damping factor and an innate sense of musical space and rhythm, descriptions of performance were loudspeaker-related, not amp-related. I would say that I can’t recall the last time an integrated amplifier did that, but I can… it was the Hegel H590. The H390 doesn’t quite get out of the way as much as the ‘straight wire with gain’ H590, but it gets damn close. 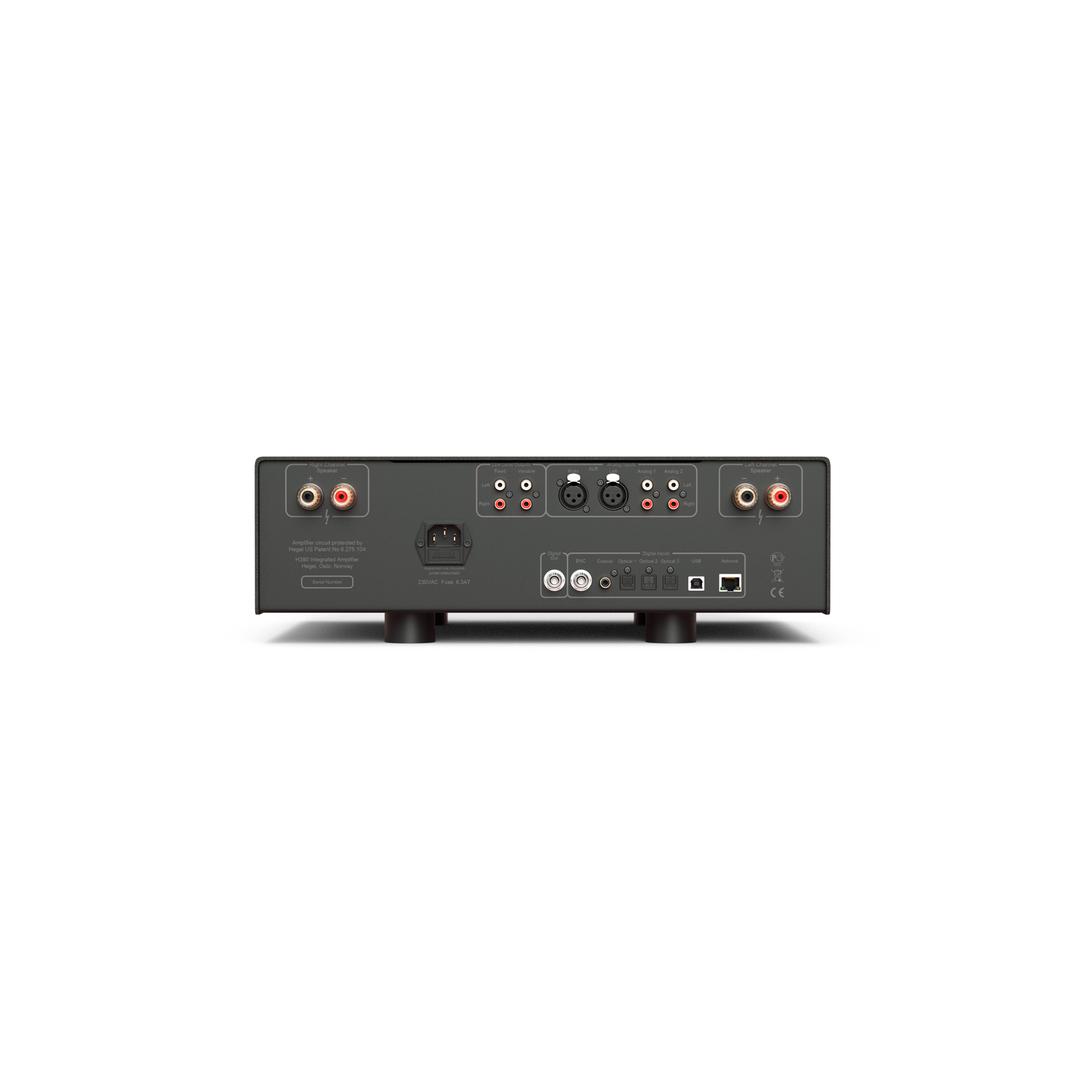 Downsides are few. There’s no headphone amp or phono stage. And having an amp with a built-in DAC means fewer analogue inputs with which to plug in a DAC. But if you read that aloud you realise how daft that sounds. Sonically though… there’s nothing.

I expected the Hegel H390 to be good because of its foundations, but I didn’t expect it to be this good. This has to be one of the best integrated amplifiers money can buy at the moment, and its only really bettered by its bigger brother, unless you spend truly epic amounts of money. Wow!