It’s possible to reach all the way back to the mid-1950s and draw a straight line to these most 21st Century of loudspeakers. Well, a straightish line at least – there are one or two minor deviations involving a food conglomerate, an American president, South Korea, and several billion dollars.

In 1956 Bernard Kardon decided to retire from the company he and Sidney Harman had founded three years beforehand. Suddenly the sole boss of Harman Kardon, Sidney changed the company’s name to Harman International – but its products continued to be branded Harman Kardon.

Sidney sold his company to Beatrice Foods (yes, really) for $100m in 1976 – he was serving in Jimmy Carter’s government at this point and was allowed no other business interests. By the end of the Carter administration, Beatrice Foods had undermined the Harman Kardon brand to the extent that Sidney was able to buy it back in 1980 for $55m.

Sidney Harman was 88 years old by the time he retired in 2007 – by then Harman International was sitting on a significant portfolio of electronics brands, including the likes of AKG, Lexicon, and Revel. The company had the sort of profile and credibility in the stereo world a brand like Samsung would quite possibly kill for – but instead the South Korean giant settled for a takeover. It acquired Harman International in early 2017 for a reported $8bn.

Harman International probably fancied itself a company of heft and importance – but, of course, its activities are dwarfed by the scale of Samsung’s operation. Yet it seems to have been granted enough autonomy for the first fruits of its labour under new management to be precisely the sort of products one imagines Sidney Harman would be demanding were he still at the helm. And, of course, the range is called Citation. 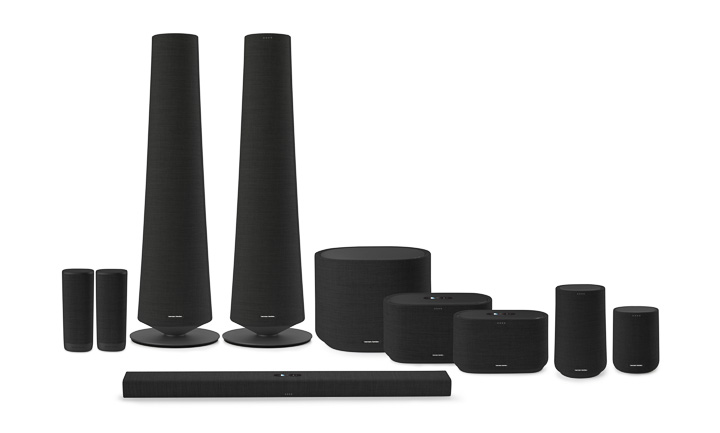 The Citation Towers are the biggest and boldest statement in the current Citation range. A floorstanding pair of beefily powered speakers (with 200 watts of amplification in each tower), they’re comfortably over a metre tall and are that special three-dimensional, flared-ovoid, vaguely triangular shape for which the world of geometry has (as far as I can tell) no word. Cone? They’re cone-shaped, sort of. The impression of bulk is mitigated somewhat by the way the Towers seem to float a little above the plinths they’re mounted on.

The good people of Kvadrat must be working triple shifts at the moment. The Danish textile manufacturer seems to have cornered the ‘hard-wearing fabric with good acoustic properties no matter the colour it’s dyed’ market – every wireless speaker brand and their uncle has beaten a path to the town of Ebeltoft. The Citation Towers are covered by blended-wool Kvadrat from top to bottom, in either black or grey. Black is, well, black – the grey is the sort of shade one can imagine Don Johnson favouring for the suit jacket he intends to roll the sleeves up on.

Each Tower deploys four drivers. From the top it runs ‘10cm doped paper mid/bass driver, 25mm silk dome tweeter, 10cm doped paper mid/bass driver’ with a 20cm doped paper woofer firing upwards from the bottom of the enclosure. Between the woofer and the three-driver array there’s a sculpted bass reflex port that vents at the rear of the cabinet, just above where the mains cable plugs in. That’s if cones can be said to have a ‘rear’. Frequency response is given as 28Hz to 22kHz, and sensitivity as a manageable 103dB.

Unsurprisingly, Class D amplification gets the nod – each woofer enjoys 100 watts of power, while each three-driver array splits the other 100 watts. Processing of digital audio is done by a 24bit/96kHz Texas Instruments DAC – which, for most people’s real-world purposes, is probably fine. But it’ll disappoint those who like a 24bit/192kHz download and/or are Tidal Masters subscribers. 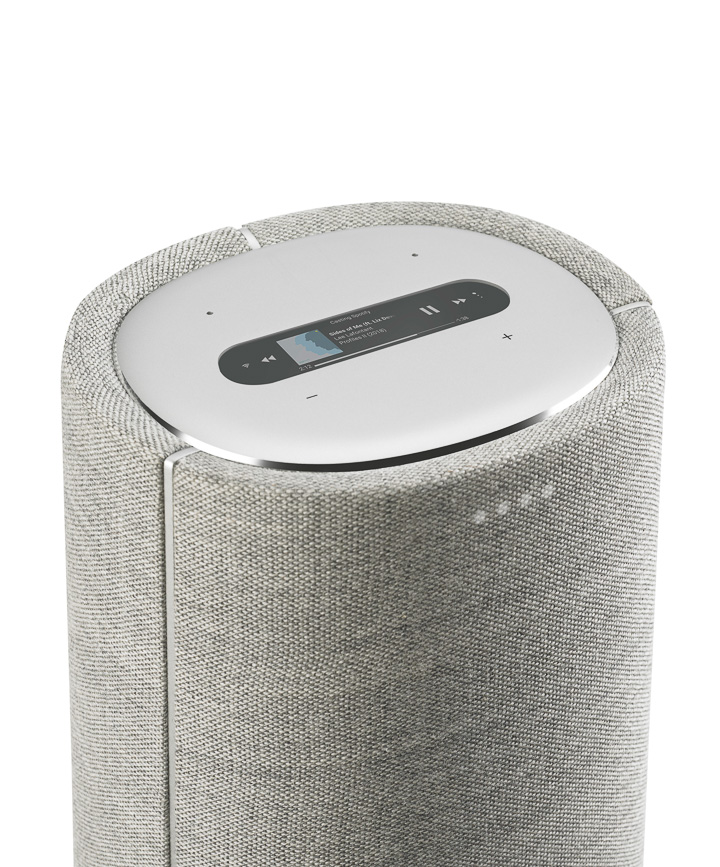 Digital audio can, at least, be accessed from literally hundreds of sources thanks to built-in Google Chromecast. The speakers can also access any music stored on a local network, and they’re equipped with Bluetooth 4.2 (which, again, is just slightly a suboptimal number).

Control is via Google Assistant, which means you are – through no fault of Harman Kardon’s – subject to the typical Google Assistant catalogue of unpredictable misunderstandings and general slow-wittedness. There’s also a touch-screen on the top of the right-hand ‘master’ Tower (it’s the Control Tower! Boom! Tish! etc.) – it is small, bright and, high-resolution. It’s also rather leisurely in its responses, which is much more Harman Kardon’s fault.

Set-up is achieved using the Google Home app, and it’s here you can arrange your numerous Citation speakers into a multi-room system. It’s very straightforward to do – the real trick is getting Google Assistant to do as you ask once your multi-room set-up is established.

If you’re the patient type, it’s now you enter negotiations with Google Assistant about getting some music playing. If you’re more like me, you open the Tidal app on your phone, select a ‘Masters’ file of Karen O & Danger Mouse’s Lux Prima [BMG] and press ‘play’. Then try to hide your disappointment as the track quality indicator on the app switches down from ‘Master’ to ‘HiFi’ as casting begins.

Despite the theoretical step down in quality, there’s much to like – even to admire – about the way the Citation Towers serve up ‘Turn the Light’. Standing out in some free space and toed in just a fraction towards the listening position, the Harman Kardon pair generate a fairly broad, fairly deep, and fairly convincing soundstage. There’s nice three-dimensionality to the way the speakers place the acoustic guitar towards the rear of the stage as it plays the root chord changes, and the close-mic’d vocal enjoys a pocket of space up front and centre. Danger Mouse (Brian to his Mum) has got the whole low-temperature disco insouciance thing down pat, and the Towers allow the tempo to simmer elegantly.

Tonally, the Citation Towers sit just on the cool side of neutral. There’s plenty of heat in Henry Mancini’s The Music from Peter Gunn [RCA], but the speakers take just a touch of the sting from the blaring brass. The result is an undoubtedly easy listen, but not the most forceful or assertive you’ve ever heard. This kind of approach suits Karen O and Danger Mouse just fine, but where Henry’s concerned a little more attack wouldn’t go amiss.

That’s not to suggest the Towers are an entirely passive proposition. They have sufficient vim to tackle Fela Kuti’s Colonial Mentality [Arista] head-on, and manage to keep control over a stage that’s crowded with quite forceful performers. This recording is a fine showcase of the speaker’s ability with timing and integration, too – keeping the gimpy rhythm rolling while it’s punctuated from all directions is a test many a speaker has crumbled in the face of.

Avoid Bluetooth if at all possible (here it drains much of the animation and excitement from music) and stick to casting from your preferred sources, and the Towers are an adaptable, generally engaging listen.

They’re certainly impressive at the bottom of the frequency range – kick drums, bass guitars, and so on have real depth and texture. These instruments display great discipline with the attack and decay of bass sounds too, which helps reinforce their timing credentials.

There are a couple of unusual blind spots in the frequency range, though. For all the good work the Harman Kardons do when digging deep, a little higher up – towards the area the woofer hands over to the brace of mid/bass drivers, at around 120Hz – they become a little boneless and tentative. And it’s a similar story at the opposite end: the tweeter strikes a nice balance between bite and grind, but towards the bottom of the upper frequencies (at 2.8kHz, where the handover down to the mid/bass drivers happens) there’s vagueness rather than positivity.

Which makes it sound like the mid/bass drivers are somehow culpable, but that’s not the case. They do really admirable work with the unbearably vulnerable voice in Lotte Kestner’s Secret Longitude [Saint Marie], describing all the details of her vocal technique but maintaining a human, rather than analytical, quality to the sound. The problem is not with the drivers, which on an individual basis are doing everything they ought, but with the way the active crossovers are managed.

How fair it is to deal in absolutes when considering a product so squarely designed to offer as much convenience as much as performance is debatable. Consider the Citation Towers purely by the standards of £2k per pair floorstanders and you can do better in terms of frequency integration and dynamism. Consider them as a self-contained system, though, one that’s capable of functioning as an element of a multi-room or surround-sound set-up without any undue aggravation, and they become quite a bit more valid. And… Google Assistant’s low IQ is not Harman Kardon’s responsibility. 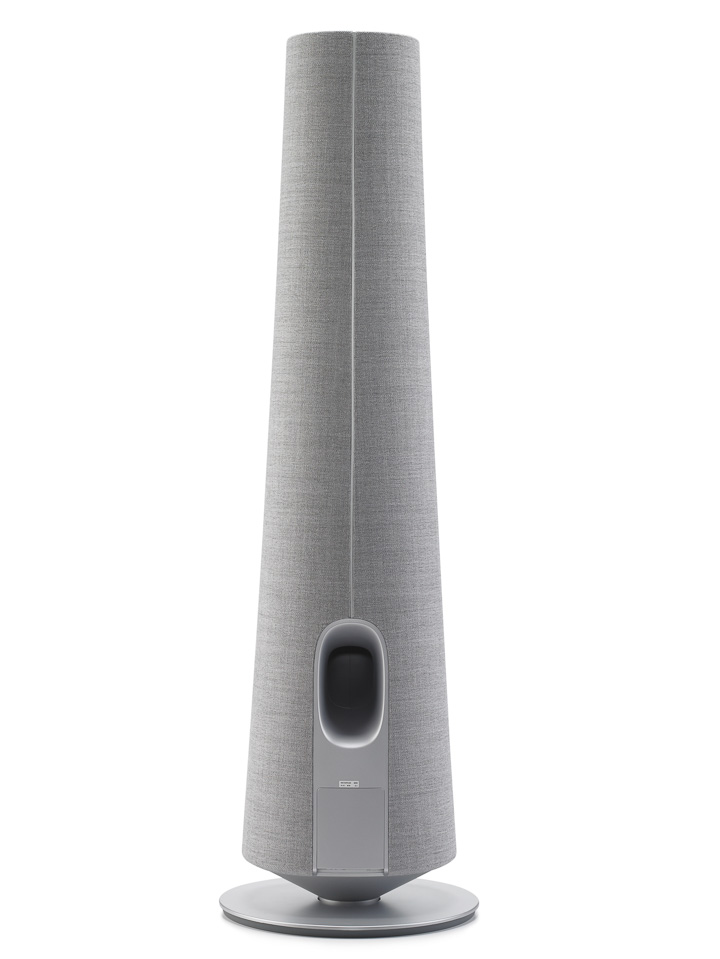 Like virtually everything in hi-fi that doesn’t carry a lottery-winner’s price tag, the Citation Towers are a compromise. A trade-off. But they do nothing to blacken the proud heritage of the Citation name, and they really ought to encourage Samsung that at least some of its money was well-spent.