The German Physiks range of floorstanding omnidirectional loudspeakers is large, both in terms of scope and the physical size of the biggest models. The really big ones – like the awesome Gaudi Mk II – are huge statement pieces demanding massive rooms and equally massive bank accounts. As a result, we’ve concentrated instead on the more entry level models like the Unlimited Mk II. But, it’s the Borderland Mk IV that is arguably the sweet spot in the range.

The Borderland has long been German Physiks’ biggest seller in the whole range, and it’s not hard to see why: it significantly improves upon the Unlimited and HRS-130 models (they are based upon the Borderland) and set the standard for the substantially larger and significantly more expensive models in the range.

The Borderland was the first model made by the brand and remains something of an archetypal form of the German Physiks concept. From the outset, German Physiks concentrated on using the DDD – Dicks Dipole Driver – to create a true omnidirectional design. The DDD came about as the result of German engineer and mathematician Peter Dicks being heavily inspired by Lincoln Walsh’s brilliant, if fragile and insensitive, drive unit that featured in the Ohm F loudspeaker. While others of his generation were getting into Neu!, Dicks developed a then-almost-unheard-of computer model of the drive unit as an academic exercise, slowly perfecting his own version that finally behaved as the model predicted.

The DDD unit behaves as if it were three drivers in one; pistonic in the lower registers (similar to a conventional cone loudspeaker design). In the midband and the upper midband, it behaves using bending wave radiation, where the voice coil flexes the diaphragm and causes waves to propagate along the whole surface of the drive unit. And finally, in the treble, the driver behaves modally, where specific regions on the diaphragm’s surface are excited and ripple out, a little like pebbles being dropped into still water.

Dicks spent the 1980s honing the design, until in the early 1990s, he began working with audiophile entrepreneur Holger Mueller, who bought the rights to the DDD and then launched the first German Physiks company in 1992 with its first commercial product, the Borderland.

Although 24 years have passed since that first design, the latest Mk IV version of German Physiks’ classic still bears a lot in common with that early design. The original model had a top-mounted titanium foil diaphragm DDD unit, and a pair of 200mm bass units in a push-pull arrangement that vented about 30cm from the top of the cabinet. The Mk IV replaces that titanium foil driver with a more robust and more extended carbon fibre DDD unit, and the twin 200mm units were swapped for a single 300mm unit firing into the base of the loudspeaker in a Helmholtz resonator arrangement. This bass driver is used in German Physiks more upmarket models. This change is possible because the carbon fibre driver has a lower limit of 70Hz, rather than 120Hz in the older titanium foil diaphragm. Factor in the crossover network, and you have a single drive unit that covers the region from 190Hz to 24kHz.

A company that keeps essentially the same design on its books for almost a quarter of a century doesn’t change things often, and the Borderland Mk IV design was first seen in 2007. However, German Physiks performed a substantial re-working of the crossover network last year, and this change was also featured in the HRS-130.

The loudspeaker may appear on paper to be not dissimilar to the HRS-130 model as the Borderland is slightly bigger all round, but all bets are off when you try and lift the things. The Borderland weighs almost twice as much as its smaller protégé. Also, because of that top-mounted driver (which should never be press-ganged into being used as a handle, no matter how tempting that might seem), the 54kg loudspeaker is best dead-lifted from the bottom, which means multiple burly movers. Doubly fortunately, the Borderland is not the kind of loudspeaker that demands armour-piercing spikes into the floor to sound good – so it’s easy to move in the room – and is the antithesis of a fussy design. The loudspeakers demand some room to breathe – a metre from the side and rear walls and at least two and a half metres apart is a good starting place – but pinpoint precision placement and careful tweaking of position is unnecessary. Like any good loudspeaker, it demands careful feeding, so a good source and a relatively powerful amplifier is useful to wake that 86.1dB sensitivity, and unlike the HRS-130 or especially the Unlimited Mk II (where you can skimp on upstream electronics) this loudspeaker demands and deserves the best. We tend not to make system recommendations unless the device specifically demands them, and as a result, we’d tend toward a powerful, solid-state amplifier over a valve design, in order to give a good sense of overall grip over the Borderland. 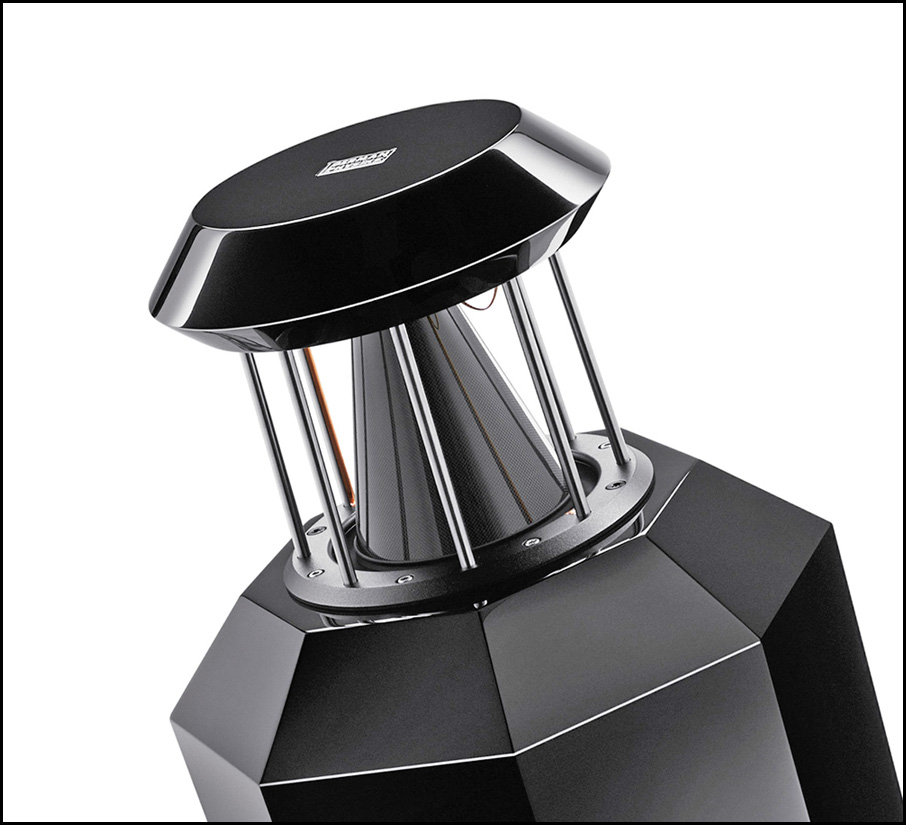 Its physical size largely determines the dimensional limitations of the room, as you could never fit these loudspeakers into a small listening space, but the Borderland’s forgiving nature as to placement, coupled with a four-position high-frequency adjustment (-2dB, flat, +2dB, and +4dB at 8kHz) makes this German Physiks loudspeaker design able to fit into many more rooms than you might expect.

The Borderland has all those properties we’ve come to expect from German Physiks loudspeakers, but more so. There’s that outstanding imagery, which is not limited to one place in the room. There’s also that fine top-to-bottom coherence of sound, the extension and grace without an overtly ‘audiophile’ faux sound, and so on. But with the Borderland, this all comes together in the shape of a larger, more physically ‘in the room’ presentation that is as potent as it is beguiling.

It’s hard to say where the Borderland Mk IV shines, because it is so consistent, but I’ll start with an obvious example – vocals. Take ‘Serious Doin’ Woman’ from Doug McLeod’s Exactly Like This [Reference Recordings CD] for example. This wonderful recording captures both a small blues band and McLeod’s voice, and the latter is beautifully articulate and focused in the room. This is something of an acid test for omnidirectionals, as vocals can all too easily sound indistinct, diffuse, and too wide, but that’s not the case here. There is a real sense of live musicians doing their thing in a live space, too, rather than a sterile recording. In particular, there’s a swampy sounding beat being played on the snare, and you can really hear the ‘wipe the windscreen’ wrist action of the drummer using his brushes.

Moving to more overproduced music (Lee Ritenour’s Wes Bound, on GRP from the early 1990s), you get the sense of musicianship cutting through. This can easily sound like audiophile bland jazz noodling, but the Borderland cuts through the syrupy mix and defines the intent of the musician; guitarist Ritenour is playing octaves throughout and you can here his interpretive homage to Wes Montgomery, where so many loudspeakers portray this as glorified muzak.

More meaty and more orchestral works show why the Borderland was the company’s first model, its original flagship, and why it remains German Physiks most popular design. The subtlety and force of the orchestra are beautifully rendered, with an accurate sense of scale that moves with the size of the piece. If you want to know the difference between a symphonic and a chamber orchestra, this loudspeaker lays out the differences clearly and precisely, all the while retaining the subtle dynamic cues that give you more of a sense of live musicians at work. Similarly, play something driving from the rock or electronica end of the spectrum, and the big, powerful bass lines kick in. In fact, unless you are needing the abrupt, extremely fast, and super-deep bass lines of some electronic dance music (where the bass lines very slightly flow into one another), the Borderland will play anything and give it that sense of a live concert taking place.

Like all German Physiks models – like all omnidirectional loudspeakers, in fact – the Borderland Mk IV isn’t for everyone. Some will never get past having a soundstage you can walk around, rather than the clamped-in-place nature of more conventional loudspeaker listening. And there are always those who judge everything by the pace of a small, sealed two-way. But for the rest of us, the German Physiks Borderland Mk IV represents an exciting, musically energetic and live-sounding experience, more like the real thing than many loudspeakers. If you aren’t set in your audiophile ways, this loudspeaker demands a listen and comes strongly recommended.

Meet Your Maker special: What changes were made to the dCS Vivaldi 2.0?