Stack Audio is a small British company that does things to sources! It makes a series of clever upgrades for the ever-popular Linn LP12, but recently it turned to the digital side with the Link. The Link is an affordable bare-bones USB music streamer and network bridge for the home, and its genius lies with its simplicity.

In most music streamers, you end up with a multiplicity of inputs and outputs, allowing the listener to connect via S/PDIF, Toslink, AES/EBU, or – for those with built-in DACs – single-ended or balanced line outputs. The Link does none of that; it just outputs to USB, thinking that some of the best recent DAC designs all support USB. This not only saves on circuit board and casework real-estate, but also makes for a lot simpler design; that helps keep costs low, but it also makes it fast and reliable. 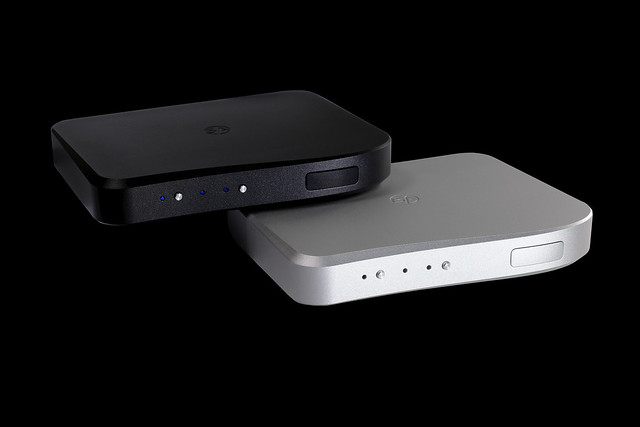 Similarly, a lot of companies go deep down the app rabbit hole, while Link just goes open source. That means you might not get the custom interface that people expect of the big guns, but you also don’t have to wait for a month for the app designer to accommodate a new operating system update on your tablet. However, Stack has a custom-made open-source Volumio app for both iOS and Android. Apps like Bubble UPnP or Kinsky are fine and stable alternatives anyway. Along with UPnP, Link is both OpenHome compliant and a Roon endpoint, so it is not some digital backwater.

First, it’s phenomenally well made, and not just ‘well made for the price’. The milled-from-solid aluminium clamshell case (looking and sized roughly like a Mac Mini which had a bit shaved from its side) is an unexpected bonus and helps keep the circuit within away from too much resonance and vibration. This anti-interference goal is clearly a key part of Stack Audio’s DNA, as a big part of the design is what the company calls ‘signal detox’, which includes a lot of reclocking and otherwise jitter-busting the USB signal, and a lot of buffering and EMI filtration of the USB data pathways. Proof of that… if you use the Link simply as a buffer between the USB output of a computer and a USB DAC, the sound of that DAC is improved significantly. It’s more upbeat, more focused, and more natural sounding. Granted there are other dedicated jitter-busters that do a similar job for less money in this context, but they cannot do all the other things the Link can do.

Those ‘other things’ include front and rear USB connections, Bluetooth (to v4.0, but not aptX HD), and Ethernet (both wired and wireless). It also includes an HDMI output if you want to display its internal web-page interface. You set the Link up this way, too, by putting it on the network and getting your computer to search for it (or you can manually find the IP address). Set-up is straightforward, as it walks you through a six-point install process, and this allows you to add Tidal, Qobuz, and Spotify accounts, switch in USB Detox (or not, if you’re weird… you can also access it from the front panel), and add and setup, network shares (music servers), Roon, UPnP and DNLA settings, Shairport-sync (for Apple devices), and so on. This is not as daunting as it sounds and is about as hard to install as it was to write.

The lone output (as discussed) is USB. This has a rear-mounted power-off button if using a self-powered USB DAC (so the potentially noisy 5V power line inside the cable is quietened, although in reality this is pretty noise-free through the Link anyway… but it’s nice to be thorough here). This supports files to DSD and MQA standards, alongside the usual suspects of PCM, Apple Lossless, FLAC, WAV, and the Compressed Twins (AAC and MP3). The DAC needs to support MQA hardware unfolding, because the Stack treats all of these sources in the same ‘get out of the way’ style.

And that’s the Stack’s big – make that huge – strength. It gets out of the way better than most. It helps push other parts of the chain that might get in the way out of the way (in particular, USB inputs). That makes it an extremely neutral performer. And what you then discover is just how few ‘extremely neutral performers’ exist in streaming-land, or at least how few exist at anything close to real-world prices. 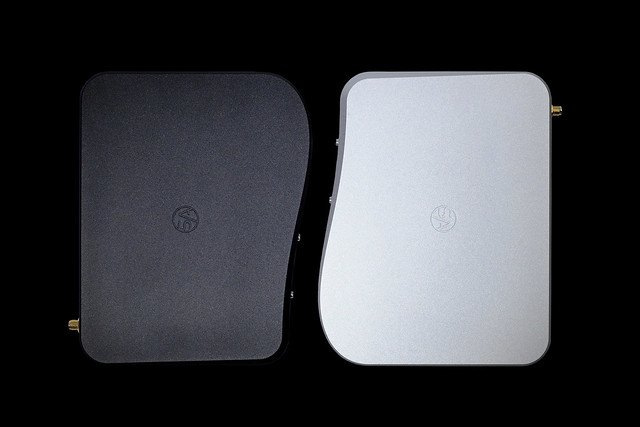 The first thing you notice about this is it’s fast. Transients happen quickly here, a bit like a really well set-up CD player compared with first-generation streaming. Play something with a lot of fast beats (‘Fuzzy Monkey’ by Morton Granau, streamed from Tidal) and it arrives with almost supernatural speed. This also highlights just how little the Stack takes from the performance because those big bass notes hit home with driver-busting force.

The quality of stereo separation and image size are often criticism of streaming devices for good reason. Bit not here. A large-scale orchestral image [Mahler’s Eighth Symphony, Solti et al, Decca] is not constrained by the Link at all. It might be constrained by the upstream source or by the DAC, but ‘gets out of the way’, remember?

The other big CD-lover’s observation about streamed audio is it loses the ‘magic’ or musicality in a performance. Yet again, the Stack has nothing to say on the matter, in a wholly positive way. It lets the server provide music without any grace of favour, save for cleaning up that music to the best of its abilities and presenting it – ship-shape – for the DAC. That is enough to make that DAC sound one or two notches better than you might expect, and there’s a particular symmetry of giant-killingness about using the Link with AudioQuest’s new DragonFly Cobalt.

The two combine together well; the clean-up of the signal made by the Link is presented to the clean and crisp sounding Cobalt, making for a digital front-end that takes on a lot of the opposition and wins. I’m a big fan of the built-in DACs of the Hegel H390 and find they effectively remove the need to add on a DAC. Some very good DACs have fallen by the wayside at the hands of the H390s on-board converter to the point where you really need to be looking at DACs that are the wrong side of five grand to compete. The Link/Cobalt combination is one of the rare exceptions. Feeding the Link into the H390 raised the game of the 390’s DAC too, but there was something so alluring about the Link/Cobalt combination it kind of shatters your perspective of how much you need to spend to best it in open combat. I’d happily put this little duo up against a good £2,000-£3,000 DAC and/or streamer combination. It might not win every such battle, but it would take some surprising scalps.

OK, so let’s climb down from planet rave for a moment and set the Link in context. No-one with the dCS Network Bridge will feel troubled by this product, because the Link doesn’t quite hit those levels of performance. Also, there will be people who want to connect a DAC that doesn’t support USB (that’s one of the key conditions of a lot of network bridge devices), there are people who want ‘name’ brands that come with a fixed ecosystem of apps and devices, and there are those who simply can’t process the notion that something that costs hundreds might do as well or better than something that costs thousands. Note here that the performance (in terms of connectivity and sound) is not a function of most of these concerns, and the one time the sound becomes almost an issue, we’re talking several times as much money.

In fact, my biggest gripe with the Link is that I was really hoping not to spend any money on audio equipment for a few months and let my bank account recover from yet another assault. That ain’t going to happen now.