There are several things worth noting here. In our 1,000th posting on our website, we’d thought we’d come up with a sneak preview of one of the most significant high-end loudspeakers of 2017: The Wilson Audio WAMM Master Chronosonic. And, while a loudspeaker that costs more than many people’s houses might seem like a bit of a reach on the ‘significance’ stakes, the story – and the back story – make this statement more justifiable.

Back in 1980, Dave Wilson’s first loudspeaker sold to the public was the WAMM. It was first show to the public in 1981 and immediately sold two pairs, despite its then eye-watering $32,000 price. The WAMM continued on through several revisions for the next two and a bit decades, but was finally retired when faced with competition from within, in the shape of the Alexandria XLF. Despite the high price (it was closer to a quarter of a million dollars at its close), Wilson Audio did sell 53 pairs of the original WAMM. And the idea never went away.

If the WAMM was Dave Wilson’s first loudspeaker as Wilson Audio, the WAMM Master Chronosonic is his swansong at the helm of the company, because earlier in the year Dave handed over the keys to the company to his son, Daryl. Dave Wilson has no intent of simply retiring, however; he is now the ‘WAMMbassador’, leaving his son to the simple tasks of designing loudspeakers, running the company, and the rest. In a way, the WAMM marks a true transition, as it’s as much Daryl’s first loudspeaker launched with him in the big chair (although technically, that’s the Yvette), and so much of the design parameters, testing, and listening have come down to Daryl. 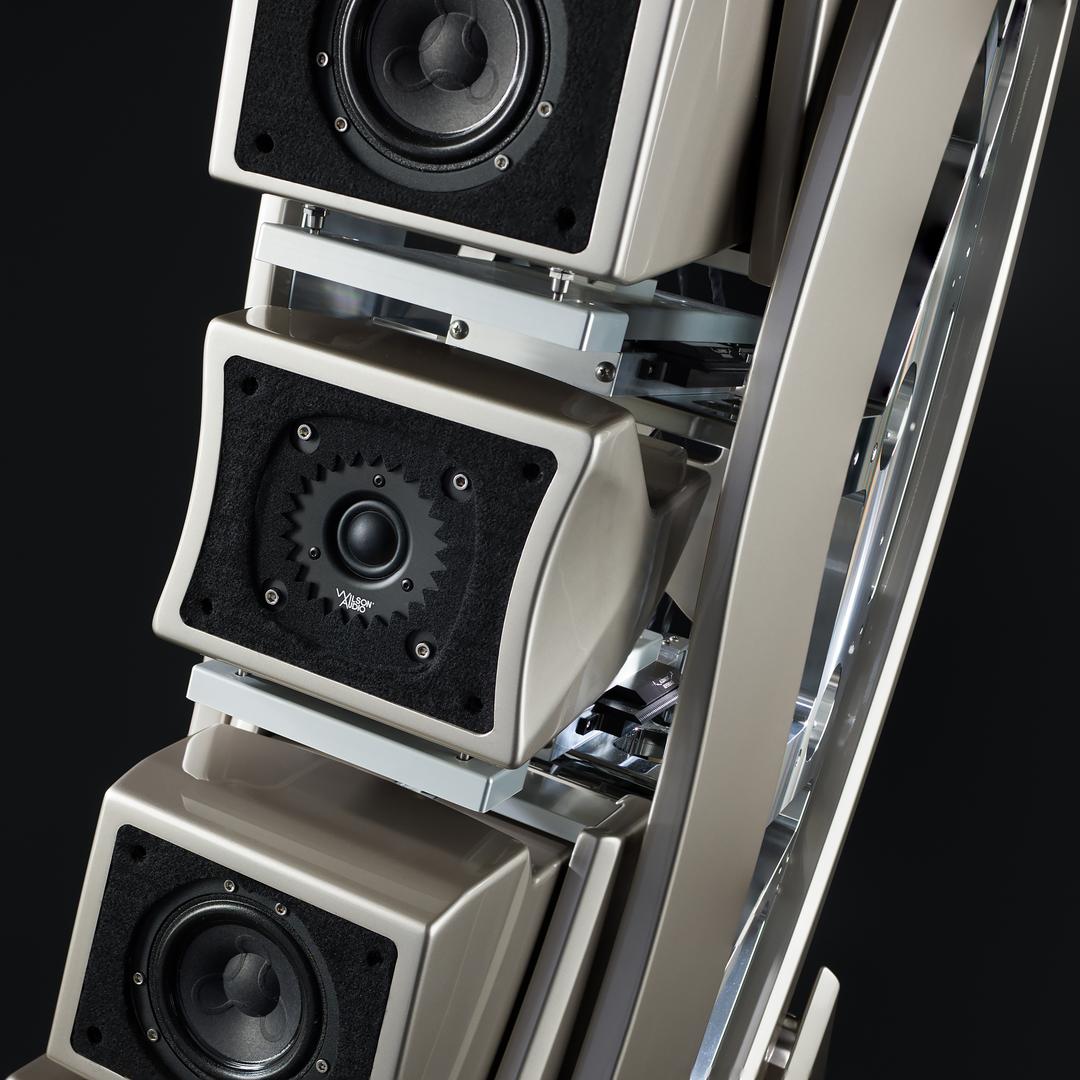 The new Wilson WAMM Master Chronosonic might sound like a wristwatch, but the reality is those invented words are more than just there for show. ‘Chronosonic’ (‘time and sound’) expresses much about what is so (literally and figuratively) pivotal about the WAMM, as the mid-range and beyond is extraordinarily precisely time and phase aligned in the listening room, for the listener’s precise position. This has been a constant theme in all Wilson Audio loudspeakers from the Sasha upward for some time, but the level of precision in these adjustments is taken to a new level in this multi-way, basketball-player tall loudspeaker system, and the results speak for themselves.

In a way, this is merely a teaser to a more full review of the Wilson Audio WAMM Master Chronosonic that will appear in an upcoming edition of the magazine. There will also be an exclusive Meet Your Maker session and a complete walk-through of the Wilson Audio factory. But let’s just park that. The loudspeaker challenges all your perceptions of what you thought possible from an audio system; even those of us used to really high-grade audio and exceptional loudspeakers will find themselves wondering precisely how the WAMM is extracting that much musical information from even the most humble CD recordings. This isn’t a subtle, nuanced difference. Music played through these loudspeakers just has that ‘right’ sound that is more like real music and less like there are electronics involved in the signal chain. 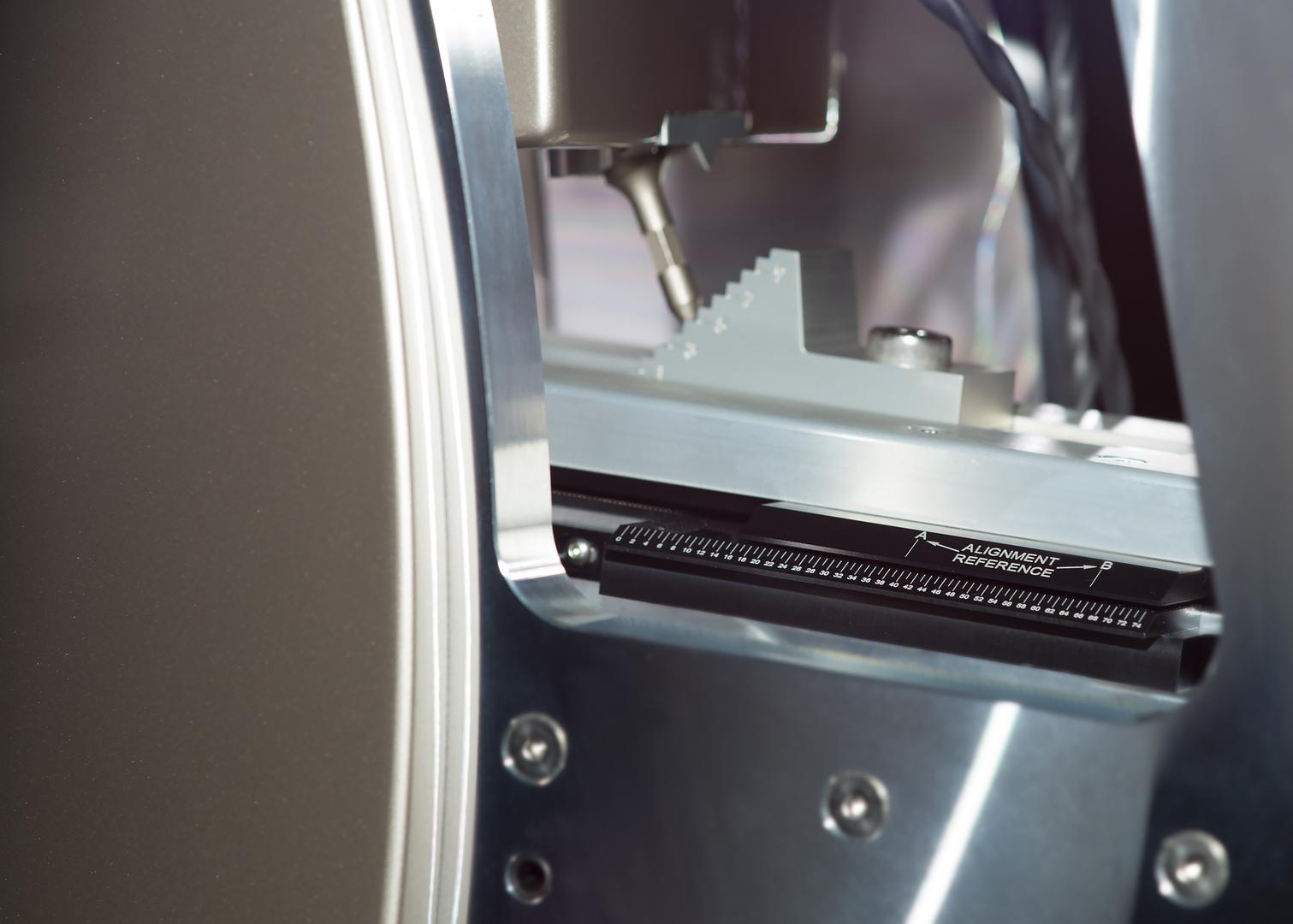 The difficulty we as reviewers face here (aside from reconciling listening to normal audio in the wake of a loudspeaker that costs $685,000 per pair) is one of terminology. We simply don’t have the words. That isn’t just the superlatives; it’s the basic terms. Our descriptive powers have inherent constraints (when we talk about the dynamic range of a system, there is an in-built assumption that the dynamic range is constrained compared to the original), and the WAMM has less of them than we’ve encountered before. A lot less. Making this more like the real thing than anyone who hasn’t visited a very nice room in Provo, Utah has yet to experience from recorded music. But the terms will come. Just give it time.

I’m normally on the loquacious side. Give me half a minute of dead air in a room and I’ll fill it. I may not fill it with Shakespearean prose, but I will chatter and gossip and talk, and talk. Not this time. I was truly humbled in front of these masterpieces, and almost three weeks later, I’m still processing the experience.

Sadly, this isn’t the kind of loudspeaker many of us will hear in the wild. They won’t be at shows, they won’t be doing much of a dealer tour, and you probably need to be one of the handful who would be in the market for a loudspeaker of this magnitude to even experience one, unless you expend much of your Editor magic powers. But, if you can, you will have the same humbling musical experience.

This is as real as it gets!

The more things change, the more they stay the same!