If you want to encapsulate all that Magico represents, ask the company’s founder Alon Wolf about coffee. Or photography. Or guitar playing. Or practically anything in which Alon Wolf expresses an interest. But try it with coffee first.

“Would you like a coffee?” is a relatively straightforward question you might be asked in the reception of any firm you visit. But with Magico, those five words lead to a forty-five minute discourse on the ideal bean, the perfect location on the perfect mountain for that bean to grow (practically down to a Google Earth fly-by of that region), the best importers, the perfect roast, storage technique, grinder, grind, coffee machine, the right kind of water, optimum boiler capacity, material used for the tamper, the best environmental conditions for the best draw, how long the cups need to be heated, whether its best to raise the milk to the optimum temperature for a flat white quickly or slowly, and whether it’s best before, during, or after the drawing of the espresso. Then, two or three otherwise-perfect coffee attempts later, you are handed a cup of coffee. And yes, it’s the best damn cup of coffee you’ll ever drink in the history of everywhere, ever. 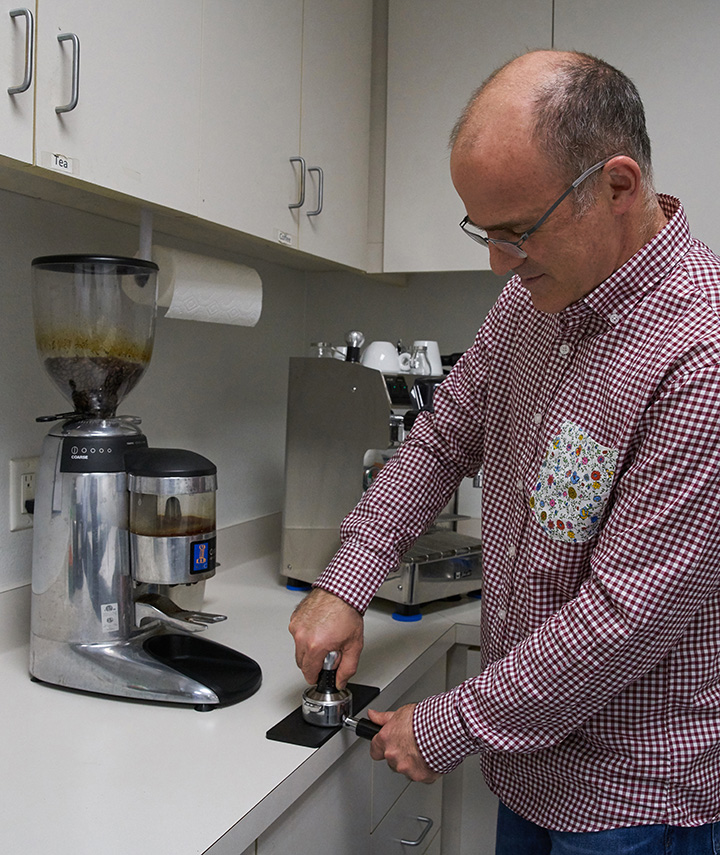 That’s the Alon Wolf way. That’s the Magico way. What happens at the espresso machine in the corner of the staff canteen in that business park in Hayward in California is an almost perfect reflection of the uncompromising attention to detail that Magico treats everything. 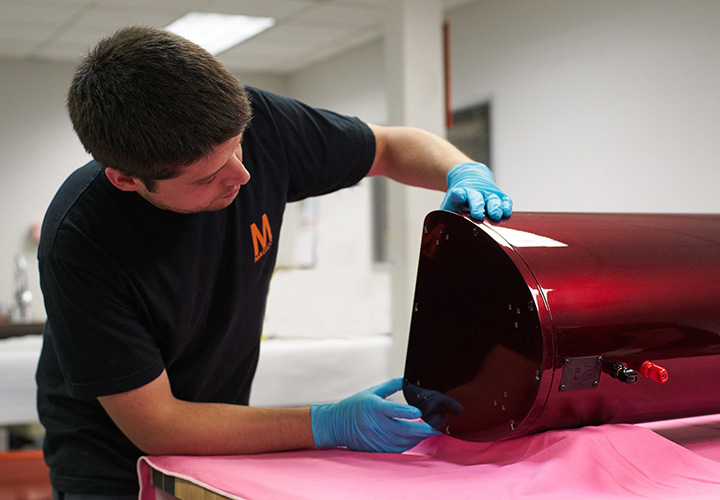 Magico has been going for a little over 10 years now, originally in a smaller factory in nearby Berkeley, and I can’t think of another audio brand just into its second decade that has anything close to this impressive production plant. Whether it’s the state-of-the-art Klippel measurement system, the outstanding dedicated listening room, or the machine shop, the 30,000 sq ft factory facilities all point to a company far longer established than Magico. 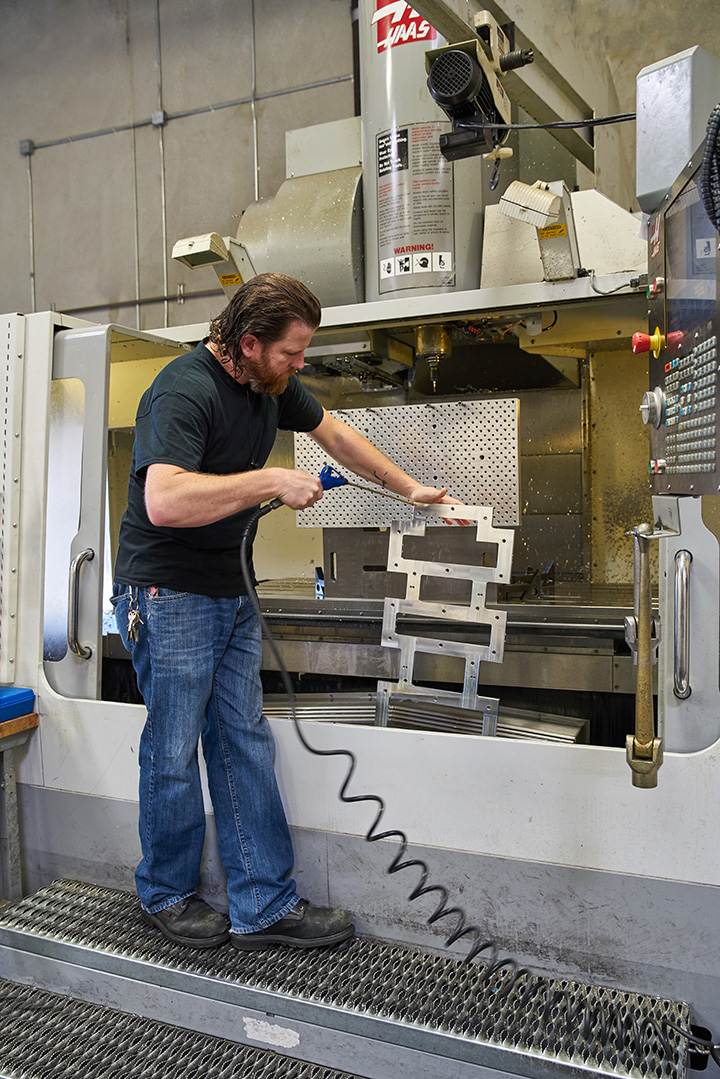 The company engineers its loudspeakers with cabinets of aluminium, and builds using materials made in the US. Quality control for most companies wouldn’t be a problem here – the US has a commanding reputation for producing high-grade aluminium – but high-grade is just a starting place for Magico. To this end, while the larger panels are supplied by fabricators to Magico’s exacting specifications, many of the components that make up the internal spaceframe of the Q series or the top-plates and footers of the S-range are made in house on one of the five multi-axis CNC milling machines in the machine shop. That is the kind of detail that might not register on the significant-o-meter, but it’s more than simply a substantial investment in expensive manufacturing toys, it is the sort of machining capacity found in a company that makes bits for Boeing, not the kind of scale found in a high-end speaker building factory. It’s not overkill, though; it’s the sort of correct engineering that should be going on inside every reasonably sized high-end loudspeaker brand, but is hardly ever seen today. If that perfectionist slant wasn’t running so strongly through the company, Magico’s facilities are the kind that could scale up to make excellent £500 loudspeakers by the tens of thousands. Instead, the perfectionist goes for quality over quantity, every time. 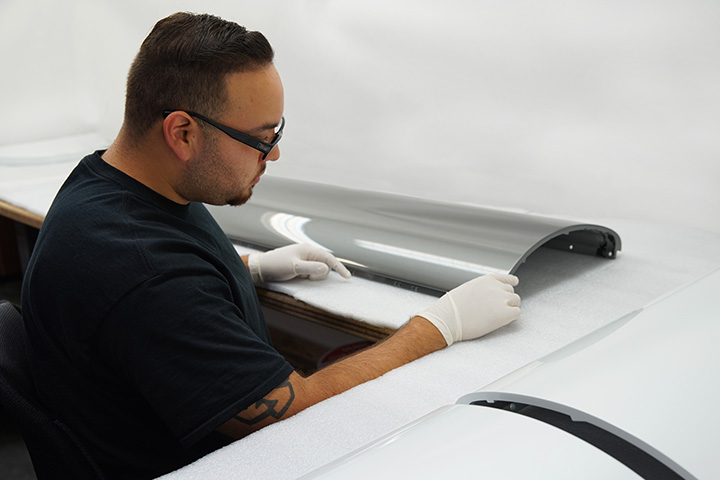 As you might expect from so intricate a build, every Magico loudspeaker is built by hand in a clean, bright assembly area reminiscent of Formula 1 workshops. Like F1, this is not a large team assembling products on a production line, but instead two or three people who build a speaker from parts to packaging, with painstaking assembly sometimes taking days to finalise. Again, we can’t stress the attention to detail strongly enough. Not only does the firm soak test every finished loudspeaker for 24 hours, but Magico also uses a full Klippel testing suite to final test the designs (Klippel’s measurement system is more commonly found in R&D sections of huge speaker brands, and batch testing tens of thousands of speakers per year), but just before final crating up, one of Magico’s more sensitive listeners dons a special stethoscope and listens to every joint, corner, and angle of a loudspeaker to listen out for stray wisps of air or sound escaping through the seals of a sealed box. In a rare moment of near-compromise, the same soak-Klippel testing procedure is used to prototype Magico’s next designs. 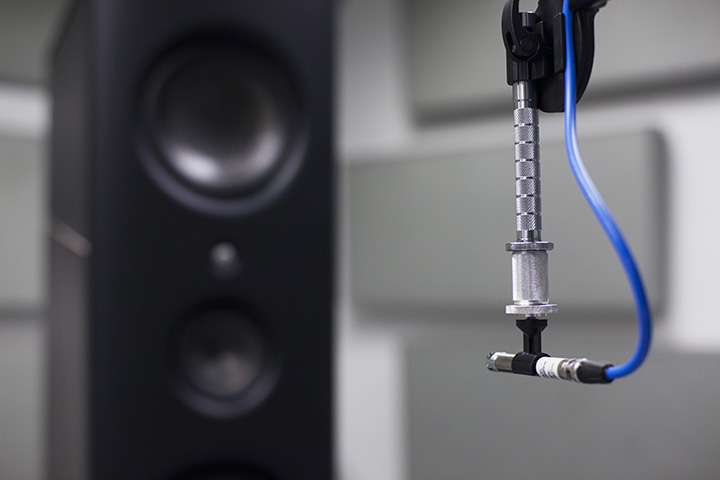 Thinking it through a moment, the most important consideration in the manufacturer of a sealed box loudspeaker is the quality of those seals, so trying to hear fractures in the construction of the cabinet by listening with a stethoscope is an obvious way to build a loudspeaker as uncompromising as the S or Q series. And to Magico, it’s the proper way to test the speakers before shipping them. It’s just that, no one else (to my knowledge) does this kind of testing at all. 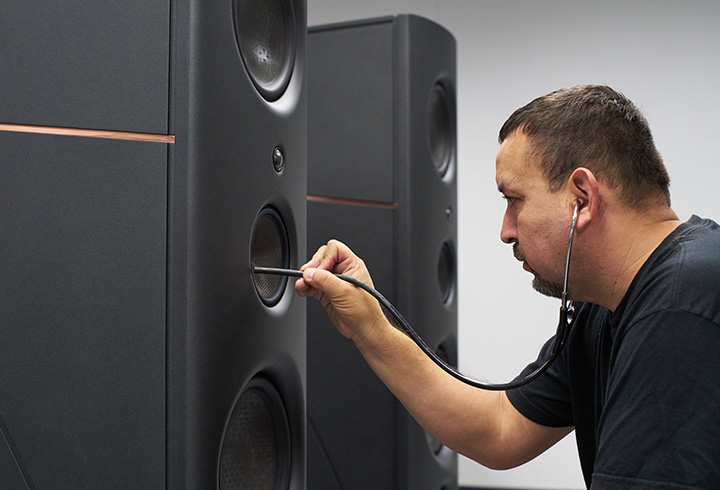 Away from the actual manufacture of Magico speakers, the office and meeting space is typically large and bright and open. One of the highlights of the office complex part is Magico’s combined museum and trophy haul. Samples of every loudspeaker from the original Magico Mini standmount to the latest versions of the Q1 SII (then just rolling off the production line) were on show and even ready for demonstration. There is even a Magico Ultimate on show, but the factory can’t keep those seven-figure, computer optimised horn loudspeakers on display because it can’t build enough of them. 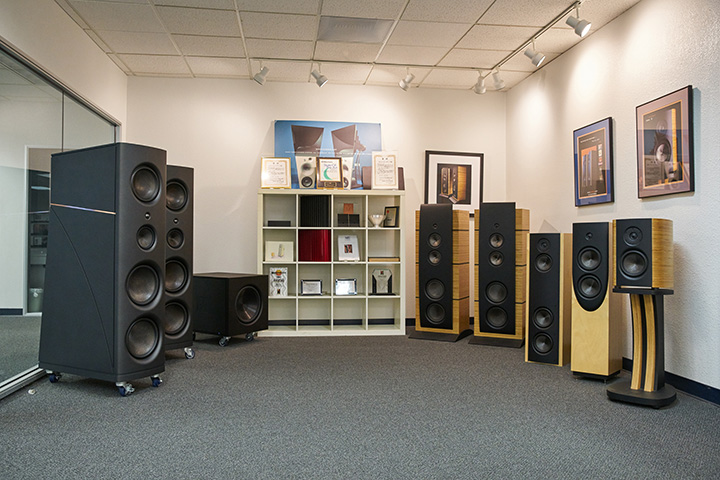 These speakers can all be used in Magico’s listening room. This purpose built, soundproofed ‘floating’ room measure an impressive 10m × 6.7 × 3.96m (which makes it larger than most rooms, but smaller than most concert venues, and about the size of a tracking suite in a large studio). The room, a useful semi ‘LEDE’ (live end/dead end) design, allows the speakers and the listener to sit in free space in the optimum positions for listening tests. The room is one of the flattest and most neutral I’ve ever heard. Or is that not heard? The room has an impressive range of high-end royalty electronics on offer to define the performance of the loudspeakers on test. During my visit, much of that set-up was a combination of CH Precision, Constellation Audio, and Soulution equipment. The room was super-accurate and extremely revealing, but not to the extent of undermining the enjoyment of the music played in the room. It was also a room that took a lot of energy to drive loud, allowing the speakers to be played at ‘exercise’ levels without profoundly deafening the listeners. Whether solely for fine testing a product, or for showing potential clients precisely what Magico is capable of, this room was extremely impressive. 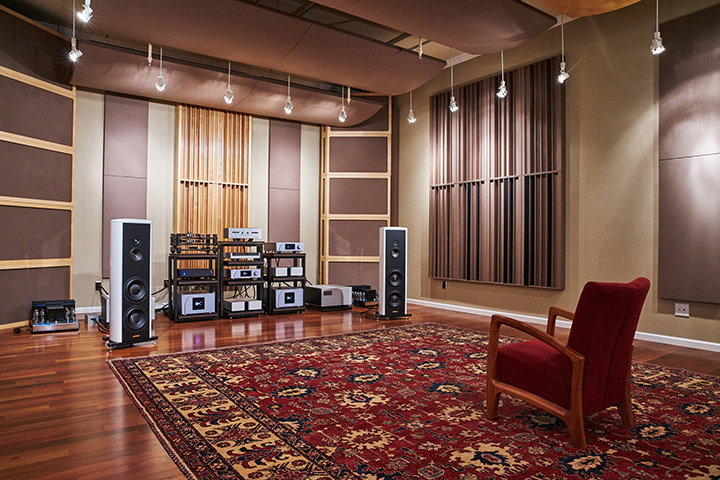 More than anything, though, it’s not about one aspect of the Magico experience that makes the difference. It’s all of them pulling together. It’s the outstanding engineering and the precision of parts made in house. It’s the attention to detail in final assembly, in testing after a 24 hour soak, and in using a stethoscope to check for leaks. And it’s the test and especially the in house listening facilities.

So, perhaps it’s not wholly about the coffee, after all. Even so, it’s damn good coffee, and well worth travelling across one ocean and a whole continent to taste. Of course, the speakers are pretty good, too…