We collectively missed the boat when it comes to the clever Avantgarde Acoustics Zero XD, a fully active, complete system built into two loudspeakers. We missed the boat on this because when it was launched, Avantgarde Acoustics was between distributors in the UK. That all changed at the tail end of last year, as Convert (the company behind the excellent Plato media player) took over distribution, just in time for the Zero – Teil Aktiv.

If your German is as rusty as mine (I once asked to try a different kind of beer, and instead got the same beer… with a slice of pineapple) then let me put you out of your misery: ‘Teil’ means ‘Part’ because the Avantgarde Zero uses an active bass driver, but lets you select the ideal amplifier for the midrange and treble. We’ll call it the ‘Zero – TA’ from here on in to keep life simple.

There was a significant hiatus between the launch of the original Zero XD, but this tells you more about Avantgarde’s devotion to the audiophile cause than it does about product launches. The company could have simply made a passive or part-active version of the original Zero XD, but in listening tests, the active system always sounded better. It could have compensated for the imbalance the easy way, just by tweaking the DSP, but that wasn’t right, either.

Instead, although looking on paper virtually identical to the original Zero XD, the Zero – TA started with an almost entirely blank slate, and as a consequence there are important differences in nearly every aspect of the later loudspeaker. Obviously, replacing wired and wireless digital links with a pair of speaker terminals demands a radical rethink of how the system works, in particular the way the its active bass section and DSP interact with the horn-loaded mid and top. The best way of thinking about the Zero concept is that it’s like an advanced jet like the Eurofighter or the F-22 Raptor; it’s impossible to do its job without the computing power in place.

Avantgarde didn’t reinvent the wheel for its own sake – the basic cabinet design remains the same and that constrained the designer to using similar Avantgarde designed and built 25mm and 125mm dome drivers (sitting in their respective 77x130mm treble and 190x400mm mid-bass horns), and a long-throw 300mm pistonic drivers for the bass. These are not the same drivers throughout, however, as they feature ferrite magnets, in part to enable a greater than 104dB efficiency and a very untroubling eight Ohm load.

The ‘TA’ part is a custom-designed 500W amplifier, complete with user-configurable DSP, to control the subwoofer module. You can control gain, delay time, high pass and low pass filtration, and parametric equalisation from the comfort of your laptop screen. ‘You’ is very probably a code-word for ‘a skilled installer’, because the propensity to play loudspeaker designer and develop your own bass crossover is only matched by how much of a complete low-frequency hash you could make of things by mashing these controls at random. The installation is fairly comprehensive – not in a ‘move two microns to the right and the sound falls apart’ way, but in a step-by-step series of placement and signal-processing steps that optimise the loudspeaker to the room. The whole DSP and amplifier section can be turned off at the flick of a 12V trigger, but it’s not a good idea unless you like your music bass-free. 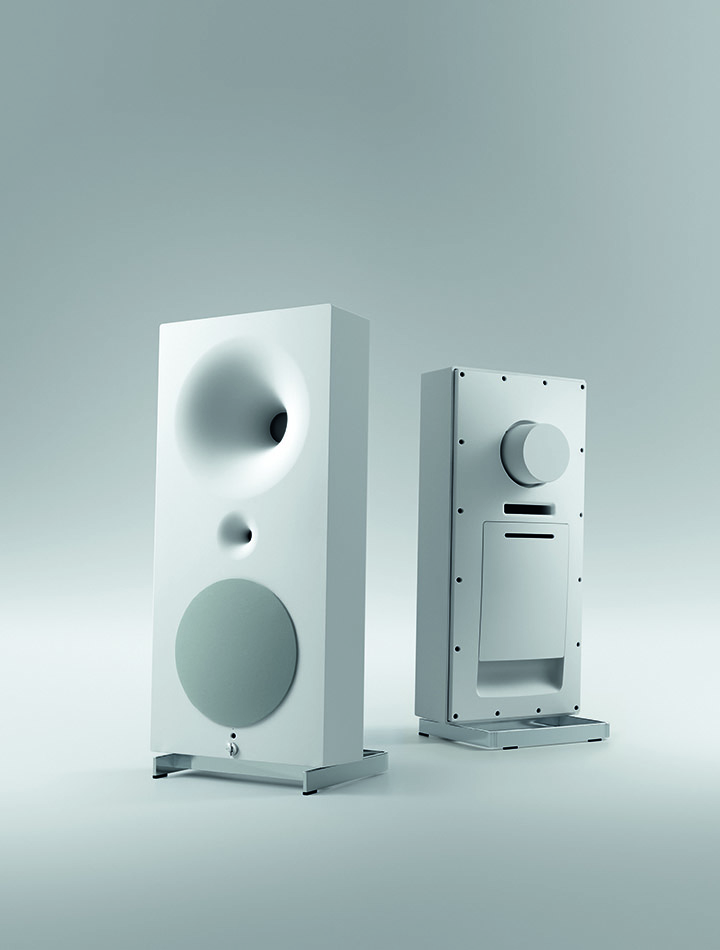 The net result of the ‘TA’ development spells two distinct benefits. First, it opens the Avantgarde name out to a larger number of audiophiles with existing systems, as the Zero – TA is arguably more usable across a wider range of homes than the company’s more traditional models and these are the people who would not sacrifice their existing sources and amps for the original Zero XD. But also, the reworking has meant the subwoofer section now potentially goes deeper than the 30Hz of the original, and now reaches down to 18Hz in room. At least notionally.

I really shouldn’t be the person to review these loudspeakers, because I’m the guy who doesn’t like horn loudspeakers that much. But Avantgarde is different. Unlike many horn makers (who have their watch permanently set to 1950s time), Avantgarde Acoustics has constantly applied modern materials science and acoustics theory to the horn loudspeaker and – as a consequence – these are the horns for people who don’t like horns. The ‘cupped hands’ effect and that unique horn ‘quack’ are gone (or, at least, reduced to inaudible levels), and yet they retain the room-loading and effortlessness of classic horn designs of old. It’s kind of a win-win for everyone, except possibly for those who love the sound of old Quad 57s and want that combination of seemingly complete transparency and cuddliness they bring to the party. Traditionally, of course, the Avantgarde sound came at a cost, both financially and in terms of sheer room size. The Zero XD changed all that thanks to some very clever DSP and the goal of the Zero – TA is to repeat the process, but this time without applying the DSP quite so universally. Put simply, it works… and works wonderfully.

What you get is a sense of sheer effortless as the loudspeaker loads the room. It’s that ‘first watt’ aspect of audio performance – the best part of an amplifier’s performance is usually contained within that first watt of power output, and it’s downhill all the way from there. And you would have to play the Zero – TA at truly insane volume and dynamic range levels to get past that first watt. So, the amplifier is singing at its sweetest, and the loudspeaker responds accordingly.

But, beyond this effortless, what really marks the Zero – TA out for greatness is the speed of delivery and sheer dynamic range, replicating the ‘wow!’ factor of Avantgarde’s bigger designs on a more domestically universal scale. Music seems less ‘interrupted’ by the loudspeakers in terms of transient speed. Brush strokes on a cymbal, the sound of applause, castanets… all those ‘all attack and release’ sounds that ruffle the feathers of MP3 encoding are exquisitely resolved here. This is especially clever because what tends to upset MP3 also tends to be problematic for DSP systems (critical listeners often complain of something like ‘spaces inserted between the notes’ on most DSP systems), but here the bass control software is so carefully balanced, it effectively disappears – unless you try to use brute-force on the installation.

Two of the audio aspects I find less attractive about horn loudspeakers are their coloration and their relative lack of fine imagery – they generally don’t so much produce a three-dimensional space as ‘push’ sounds at you, in my opinion. However, this last is not entirely incorrect, as anyone who attends live, unamplified concerts will attest. Avantgarde is unique in designing modern horns (thereby overcoming enough of their inherent colorations to satisfy all bar the most resolute box or panel owner), but ones that – thanks in part to their very wide front baffles – also image extremely well. This is a kind of all round ‘win’ because the Zero – TA retains the visceral projection of musicians that horns do so well, with the sort of imaging that box and panel lovers crave.

Briefly, at the end of the listening session, I had a quick comparison session with the original Zero XD design. This is not an easy comparison to do in practice, because level matching between an amplifier and a built-in amplifier is kind of like an induction exam for a migraine. But, in so doing, it becomes clear that the years of development were not wasted, and the TA is every bit as good a performer

These are some of the most entertaining loudspeakers I’ve heard at this or any other price: not entertaining in a comedy way, but simply entertaining to sit in front of and enjoy music through. I suspect this might not be the ideal design for a reviewer (high sensitivity and an active bass unit makes them undemanding for analysing what an amp is trying to do for a living), but the very thing that recuses them from reviewing use is the very thing that makes them wonderful for real people. They are effortless sounding, and removing the stress from the amplifier makes it shine. Were I not doing the reviewing thing on a daily basis, I’d happily buy a pair of Avantgarde Acoustics Zero – TA and enjoy them for the longest time. I will be suggesting them heavily to anyone who asks, too – in original or new Teil Aktiv form. Strongly recommended!