Let’s start with an admission. These are not Accustic Arts’ flagship mono power amplifiers. The Mono III is the flagship, and it’s a big ‘un. These are ‘just’ the new Mk 2 edition of Accustic Arts popular Mono II power amplifiers. It’s still a big ‘un, but in these days of a new kind of ‘stranger danger’, manhandling a power amp that weighs 25kg per channel as opposed to one that weighs 60kg per channel is the difference between breaking into a sweat and breaking a few vertebrae.

If you set aside the Mono III, the Mono II Mk 2 screams ‘flagship’ in its own right. The amps are substantial, taking up the low, deep rather than wide form factor of something like a pair of the latest ‘cheese grater’ Apple Mac Pro computers, but with arguably cleaner lines and lots and lots of aluminium, with a highly polished chromed brass inlay.

Each Mono II Mk 2 delivers a substantial 310W into eight ohms and will continue on down to two ohms, where it’s capable of hitting up to 750W. Much of the internal architecture is taken up with a large and fully screened toroidal transformer, hooked to 80,000µF of reservoir capacitance. It can be driven in balanced or single-ended mode at a flip of a switch. 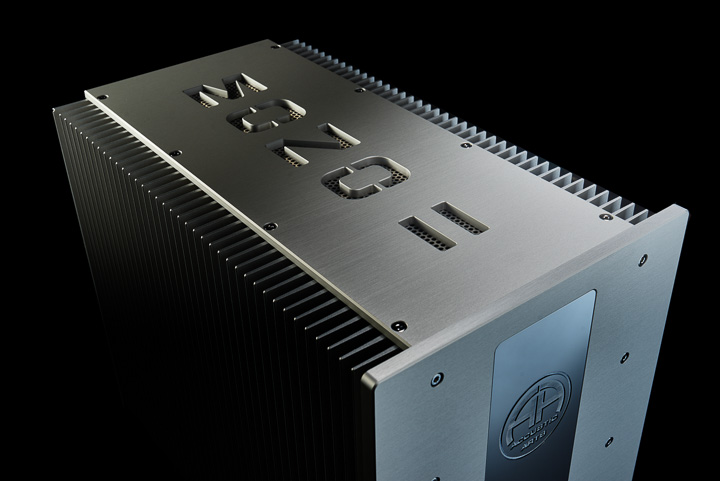 The core technology here is the current mirror used in driver stage of the Mono II Mk 2 (and – in fairness – in Accustic Arts amps in general). This circuit enables power to be drawn from an existing current, making effectively a ‘power-controlled’ output amplifier so the 10 MOSFET output transistors in each amp deliver very high current capacity without being pushed to their performance limit. Moreover, as the quiescent current is generated by the integrated control of that current mirror circuit, there’s no need for servo-controlled DC offset monitoring.

This control system also monitors the temperature of the output stage, as well as clipping and high frequency oscillation. This control references against pre-defined values and if these values for any parameter is exceeded, the amplifier shuts down before it kills loudspeakers. This is a more sophisticated approach than either a simple fuse or an overvoltage ‘crowbar’ circuit, and the sonic performance benefits from that.

Let’s be truly honest with ourselves here. When faced with a big, beefy, heavy and powerful pair of mono power amplifiers, we tend to go a bit… feral. We want brute force. We don’t want a volume dial, we want a throttle! We want the full ‘Maxell Man’ effect of being forced into our seat by sheer force of air movement. And, if you talk about your system as if you are ‘unleashing’ it, the Mono II Mk 2 are more than capable of playing along with your base desires: be it Black Sabbath at ‘aural sacrifice’ levels or opera played at full Sturm und Drang ear-bleeding intensity. With the right speakers capable of taking this kind of punishment, you will blink long, long before the Mono II Mk 2. And though this ear maceration is an understandable and natural part of the process of becoming one with the big mono amp, it’s expressing a fraction of what these amps are capable of.

Putting my inner caveman back, one becomes aware that there is a lot more than just power on tap here. The sheer control the Mono II Mk 2 have over the bass in particularly is outstanding; Accustic Arts discusses high damping factor a lot on its site and these amplifiers have a lot of ‘grip’; bass is full-bodied and visceral rather than dry, but it’s also precise and completely free from overhang. The deep bass electronic introduction of ‘Welcome To My World’ [Depeche Mode, Delta Machine, Columbia] is a fine example of how fine a line this can be; too much control and the bass notes sound like angry wasps in a jar, too little and it sounds like a ship’s foghorn. Here it just sounds powerful yet not dominating the music. 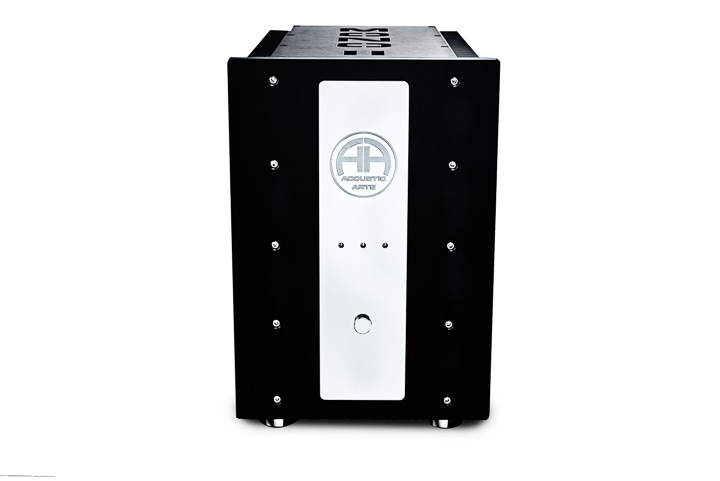 The deeper you delve, the more you like what you hear with the Mono II Mk 2. I’ve long held that a good amplifier works from the middle out; get the mid-range right, with good separation, coherence, vocal articulation and projection and excellent fine detail and dynamics. If you do that, the rest falls more or less into place. There is still a need to have high-frequency extension accurate and peak-free, and a bass that is controlled as it is deep, but if you don’t nail that midrange first, the rest will never be able to compensate. And that ‘nailing the midrange’ is precisely what the Mono II Mk 2 does so well. Playing ‘Animales Hambrientos’ by Bebe [Cambio De Piel, Warner Music Spain] really highlights that midrange quality; her voice, at once sultry and expressive if a little too close mic’d, comes across perfectly, and is clearly separated from the rest of the band while still being very much in the mix. It’s sometimes useful to hear a voice in a language you don’t understand (as is the case here) as you hear the diction and articulation without your brain ‘filling in the blanks’ linguistically. This is a very liquid midrange presentation and not without warmth, but it is predominantly detailed and highly informative. The combination of those elements makes for a sound that is remarkably easy on the ear, allowing hour upon hour of listening.

The weight and authority of a pair of big mono amps can be a double-edged sword. Faced with no crosstalk in a stereo amplifier and an amplifier with a lot of power in reserve, music can come across as a bit ‘soulless’… but not here. The Mono II Mk 2 manages to combine much of the lithe sound of smaller amplifiers with the bold and effortless sense of dynamic range and scale that only comes with big power amps. That combination comes across regardless of music played; whether it’s Dolly Parton’s ‘9 to 5’ [Deadpool 2 OST, Columbia] or Mahler’s Eighth [Solti, Decca] – and that’s a back-to-back musical combination that you don’t often hear – the Mono II Mk 2 delivers the ‘grace’ and the ‘space’, and quite a lot of the ‘pace’ too. In terms of soundstage, the amplifier goes more for depth than outright width; the stereo imagery is still wide of the loudspeakers, but not Cinemascope-like wide.

Downsides? Naturally, when an amplifier is this good, it is tempered by the quality of the rest of the devices in the signal path. Don’t even think of using these amplifiers in an ‘almost there’ system, as the Mono II Mk 2 will highlight limitations, especially those upstream, and especially in your power delivery. Also, these are not ethereal, floaty sounding amps and neither are they the almost supernaturally fast leading-edge led fast-paced designs. But, even here I’d argue that at the Mono II Mk 2’s price (and way beyond), what you lose by chasing such goals is usually more than you gain. Yes, when you get to the absolute pinnacle of performance, there is something of a convergence, but criticising a £20,000 hand-built pair of amps for not being a pair of £120,000 pair of amps tailor made to your system is more than a little unfair. Besides, what you get here is balance in all things, which is often lost irrespective of the amplifier design, and its price tag. 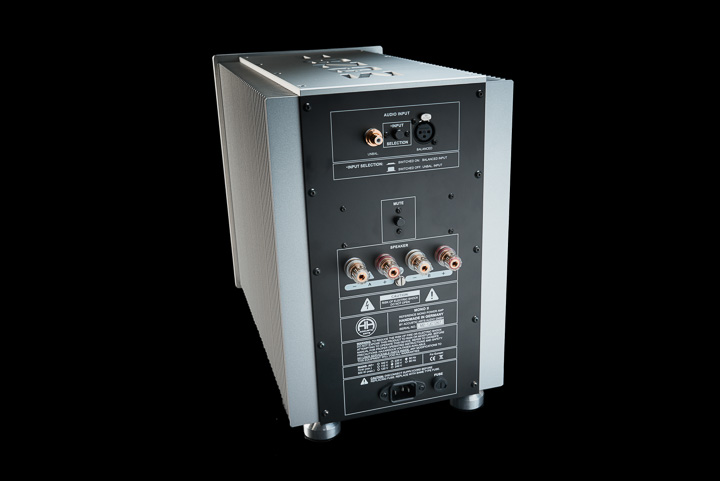 Otherwise, the only downside I can think of is the absurd bragging rights some audiophiles get when showing off an amplifier with someone’s name in the title, even when that ‘someone’ has moved on or passed on. If the Mono II Mk 2 were made by ‘HJ Voss’ instead of ‘Accustic Arts’, you can guarantee someone, somewhere will be saying, “Yes, I’ve been a fan of Hans-Joachim’s work for some years now. Jochen and I go way back!” and bragging rights are restored. You might very well think that implies ridicule at the notion of people choosing an amplifier simply because there’s a man’s name on the front panel; I couldn’t possibly comment.

I started out by saying how the Accustic Arts Mono II Mk 2 isn’t the company’s flagship and my spine thanking me for that. But the Mono II Mk 2 is so damn good it makes me wonder just how much better the big Mono III can be. The Mono II Mk 2 is one of the very best mono power amps available right now at its price… and beyond.