From the get-go, Chord Electronics’ amplifiers pushed the technology envelope. The company was making amplifiers with switch-mode power supplies when every other audio brand had barely even heard of a switch-mode power supply. That ability to see technologies in other fields and turn them into viable high-performance audio devices has seen the company go from a tiny maker of power amps for BBC studios to a world-class maker of high-end, high-performance analogue and digital audio electronics. It’s still a small, precision operation, but in the intervening years Chord Electronics has gone from ‘kitchen-table go-kart’ brand to ‘Formula One Engineering Team,’ and the Étude power amplifier shows precisely why that happened.

If we are being honest, the world of amplifier electronics is getting a little bit stagnant. Yes, there has been the Class D revolution, and let’s not forget the developments made by Devialet in producing a Class A/D hybrid power DAC, but the former is turn-of-the-century technology and the latter has been on the market for 10 years. While this might seem like an eye-blink to those using single-ended triode amplifier circuits from the 1930s, there is still room for growth. But to find that next great innovation in circuit design, Chord Electronics went looking through developments in amplifier designs from the past to create something outstanding for the future. 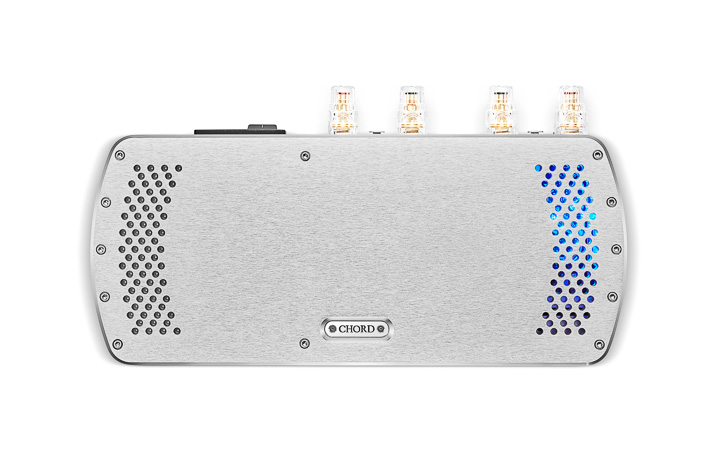 The Étude circuit is based on a paper by Dr Malcolm J Hawksford’s (emeritus professor at Essex University), and the resultant design was developed by Bob Cordell of Bell Labs. Cordell put forward a design which had an unprecedented 0.001 per cent total harmonic distortion at 20kHz. Chord Electronics looked at Cordell’s work from the 1980s and developed an initial design that incorporated his topology as well as John Franks’ own, which with nested feed-forward and global feedback, allows for Chord Electronics’ custom-designed dual silicon die MOSFET output transistors to perform uniquely well.

The Étude circuit design intelligently adjusts and compensates the individual linearity of the output devices, in this case, two banks of four aforementioned proprietary 250‑watt lateral structure MOSFETs. This makes for a switch-mode driven amplifier that can deliver 150W into four ohms (or 300W in bridged mono mode). In fact, the Étude sports three separate power supply stages inside its small, light chassis: one for the auxiliary rails and the other two feeding the high-current active power rails. The internal architecture of the Étude allows these power supplies to be heavily shielded to prevent their actions influencing the signal path.

The rear panel is densely packed, with both balanced XLR and single-ended RCA inputs and a set of multi-way WBT binding posts taking up a lot of the rear real-estate. There are also small phase switches set below one of the two speaker terminals; although it’s unlikely you’ll throw one by accident, it’s worth making sure these are oriented correctly when connecting the system up to prevent stripping back the system trying to find what’s making it sound a bit ‘swirly’ (in my defence, it was the end of December and several glasses of Christmas cheer had been imbibed). The case itself is finished in brushed black or natural aluminium, the only power button is the one next to the IEC power inlet, and the only indicator lights are the blue LEDs on the circuit board, which are visible through the vent holes on the Étude’s front and top right-hand side.

Power it up and there are a few seconds of muting before the gentle ‘click’ of a relay puts the Étude into play mode. The same happens in reverse when powered off. As this effectively acts as a soft start and power-down, it means there are no clicks, pops, or thumps through the speakers during these stages. The amplifier chassis barely gets past ‘warm’ to the touch. It’s warm enough to know that the amp is powered up, but it’s a far cry from a Class A griddle.

The new amplifier manages to successfully combine elements of Chord Electronics’ classic amplifier designs with a personality all of its own, and the two blends perfectly together. The Étude has Chord Electronics’ signature precision and accuracy of tone, dynamics, and detail that set the brand’s amps apart from the outset. There is a mountain spring cleanness to the Chord Electronics sound that is all about balanced detail (not only ‘balanced’ in the ‘mode of operation’ sense, but more integrity to the way detail is presented that fascinates the listener).

However, where the Étude also excels is speed and pace to the presentation that could sometimes be lacking in Chord Electronics’ other amps. There’s a ‘snap’ to leading edges here. A perfect example of what this means is Ringo Starr’s drum solo from ‘The End’ [Abbey Road, 2009 Stereo Remaster, Universal Music Group]. Twenty seconds into the track, Ringo masterfully addresses the ‘he wasn’t even the best drummer in the Beatles!’ quip. It still has Ringo’s distinctly swampy, behind the beat, feel, but he positively owns the song, despite some good solos from all. Where this pans out for the Étude is that you can hear Ringo ‘occupying’ that song perfectly, as opposed to just laying down a beat. A lot of very clean, slightly sterile sounding solid-state electronics lose that distinction, and Ringo could be being covered by an admittedly very good drum machine. Here, the clean and detailed sound is still uppermost, but it’s joined by an ability to live in the music. This sounds like an abstract term, even more so than praising an amp for its ‘inky silences’ (the Étude gives good velvety in those stakes, too), but is understood once you hear that speed, precision, and sheer enjoyment.

This is practically a perfect storm of good for a power amplifier. Most want that detail and accuracy. They want an amplifier to replicate the sound in the studio. But they also want the musicianship to make the cut too. It should sound like what went on in the studio as well as a portal to the control room. The Étude does both very well indeed, arguably better than most other Chord Electronics amps, although the Ultima is architecturally similar. There is more of a sense of musical flow to the Étude than I expected, but this comes without a trade-off (many other designs do that musical flow well, but at the expense of some dynamic range, bottom-end energy, solidity, or soundstage size), but the Étude retains Chord Electronics’good reputation in all these aspects of performance.

Ultimately, this is the first rung on a new ladder for Chord Electronics and its amplifiers. If Étude proves to be the success I expect it to be based on its performance, I would expect the technology to reach into a lot more products from the brand. The only limitations of the Étude revolve around it not being a bigger amplifier. The power is enough for most speakers expected to hang off a four-grand amplifier, but if you really go for it and partner the Étude with more demanding loudspeakers and expect it to play Wagner at ‘Sweeping Majestically Eastward’ levels, you are going to need a bigger amplifier. Bridging will help, but I suspect Étude will unlock a number of far bigger amps from the brand.

A lot of column inches, web photons, and award gongs have gone to Chord Electronics’ digital products – and resident digital expert Robert Watts – of late (for entirely worthy reasons). However, with hit after hit in the digital domain, it sometimes felt that Chord Electronics’ traditional core business of analogue amplification was being overlooked by the wider world. The Étude redresses the balance, resets our levels, and is 100 per cent down-the-line the brain-child of Chord Electronics’ Chief Designer, owner, and Managing Director John Franks. After praising the Mojo, Hugo, DAVE, and other models in Chord Electronics’ digital domain, it feels pretty good to ‘share the love’ in this. The fact the Étude is a technological wonder that really does have something new to say in amplification adds some piquancy. 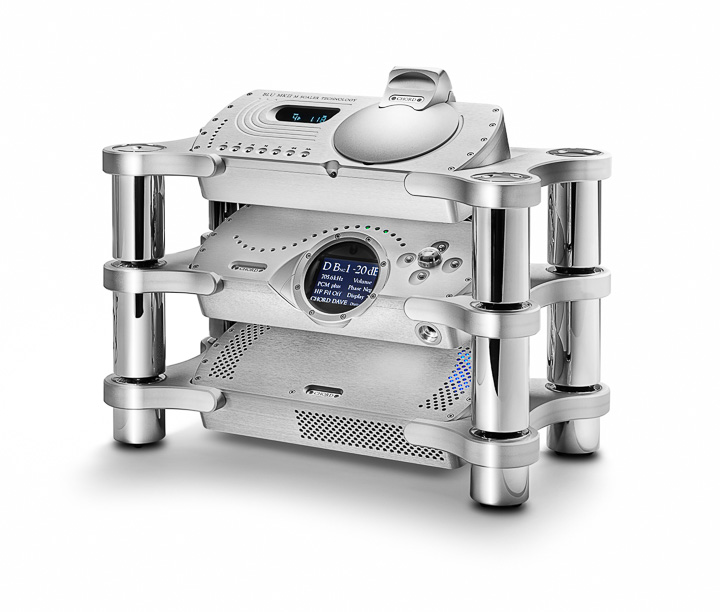 Finally, there’s an important aspect of the Étude that has almost nothing to do with the technology; namely, the trinity of Blu, DAVE, and Étude that I’m going to call the ‘Power Chord’. Unfortunately, due to the rarity of all three (they sell out faster than Chord Electronics can make them), I did not have all three Chord Electronics products to hand at the same time, but they match in terms of equal degrees of technological advancement and styling, and from memory I’m fairly sure they match in terms of sound and performance, too. I’m hoping to put the three together later in the year to find out for sure, but I have a feeling this might be one of those ‘stick a fork in me, I’m done!’ type systems where – aside from the choice of cable and loudspeakers, the system is a complete given.