Every time I hear Totem speakers, which is usually at international audio shows, they sound bigger and more extended than they should. It’s not unusual to be impressed by bass extension from small speakers, but these generally go further by delivering dynamics and an engaging sound, which is quite an achievement at most shows. For some reason, probably economics, the brand has never made a big impression in the UK. Manufacturing in Canada means far better prices for Canadians than it does for us, but ‘twas ever thus and you should see what it costs to buy a Rega P3 on that side of the Atlantic if you want to know the quid pro quo.

The Skylight is not Totem’s venture into house glazing; it’s the most affordable model in the Sky range, which sits above the entry level KIN models in the catalogue. What’s slightly confusing is that the other bookshelf in the Sky range – simply called Sky – has a cabinet that’s almost the same size and a mid/bass driver that’s specified as slightly smaller. It’s like Totem has decided that this is an optimal size and it’s offering two quality levels, which is a different approach to the big, bigger, biggest hierarchy preferred by most companies. Look a little closer however and Skylight has a different agenda to its range-mate, Totem call it their “most care-free” monitor because it is designed to be used with a wide range of amplifiers and have a broad appeal alongside an affordable price. 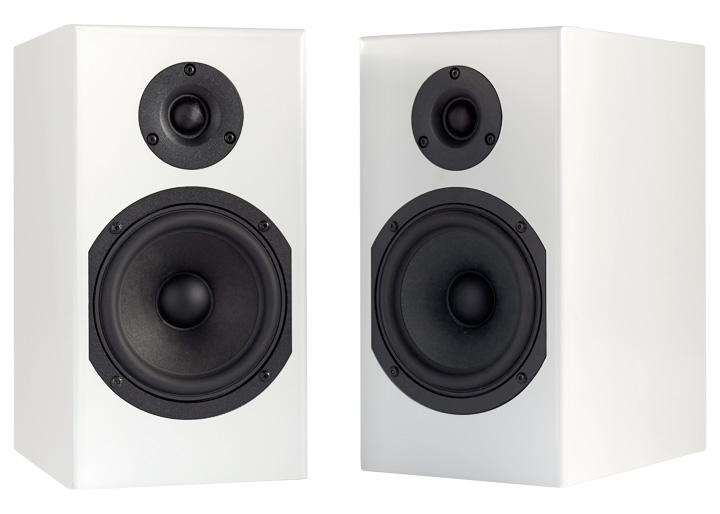 The cabinet is constructed with variable density fibreboard (VDF) which is a variant on the usual MDF and HDF options with greater density on the inside compared to the outside, an approach that is said to reduce “repetitive nodes and underlying resonances”. This box is 12inches high and contains a 5.75inch main driver with an underhung magnet that allows for long throw operation. A copper plated, square section aluminium voice coil is used for low mass and elimination of airgaps in order to achieve maximum control. The cone is a traditional paper type, a material that continues to prove hard to beat despite the thousands of hours that numerous companies have put into R&D. Good ol’ paper might not be very sexy from a tech point of view but you’ll find paper cones on a surprising amount of great speakers. The tweeter is a soft dome that’s described as a laser etched textile although it’s not clear what the benefits of this are, more familiar is the use of an aero chamber behind the dome to cope with rearward pressure in a helpful manner.

While single-wire terminals are back en vogue for many companies, Totem has remained true to the bi-wire path, although jumpers are provided for single-wire use. When the Skylights were delivered the top, high frequency, inputs were uncapped so I used these for the listening and put the speakers on Custom Design FS104 60cm stands with Blu‑tack to stop them jumping off. Given the ‘works with a wide range of amps’ claim I took the liberty of seeing whether the 40W output of Rega’s diminutive Io integrated would be sufficient to get a decent result with the Skylights. Their 88dB sensitivity and 8 Ohm nominal impedance suggests it might be but this is a very affordable amplifier (at under £400 it must be the least expensive made in UK amp on the market).

I put the Totems in a small system that had been assembled to assess the Io with a Rega P2 turntable and Saturn-R CD player, starting with the vinyl source it was immediately apparent that the Skylights can make that ‘more bass than expected’ sound that this brand is so good at doing. Further listening also proved that the overall balance is very even and if anything slightly mid strong, so they don’t seem to have been tuned to give loads of bass; this is a good thing as it can often undermine musicality. Image scale was good too with the sound being thrown out and up with ease when playing Weather report’s ‘125th Street Congress’ [Sweetnighter, Columbia]. The Skylight is revealing enough to show that the cheapo Carbon MM cartridge supplied on this turntable is not the most refined of transducers, the mids and highs being slightly brash to these high end MC cossetted ears. More importantly though is that the groove is very strong, the dominant characteristic in fact and as that’s the case with the recording it’s a good result. I tried an old Orb record too, ‘Towers of Dub’ from UFOrb [Big Life], which has Victor Lewis-Smith’s “Babylon an’ ting” spoken word intro, this was the first insight I got into how good the vocal and thus midrange clarity on this speaker is. This is a quality that cropped up time and again as the speaker was auditioned. The dub that makes up the majority of the track was entertaining too, heavy enough to feel and tuneful enough to enjoy.

Transplanting the Skylights to the main system and a rather different amplifier in the form of Silbatone’s JI-109 hybrid, which is admittedly overkill for these speakers but helped to prove that they work with a range of amps and sounded fabulous. Image coherence was the first thing that struck me, the sound really escapes the boxes well but more importantly it hangs together in a musically intelligible way even with dense electronica. Here the bass got better too, more powerful and taut so that low synth notes were easily differentiated despite the limited absolute extension. Joni Mitchell’s voice and the acoustic guitars on ‘All I Want’ [Blue, Reprise] were a little lacking in body, suggesting a degree of restraint in the lower mid but the sense of a live performance in the room was strong nonetheless, and when the two guitars play in unison it got very special indeed. A pair of PMC twenty5.21 stand-mounts revealed more of the quieter sounds in the mix but that model was nearly twice the price before it was usurped by the latest i series, so it should be better. Back with the Totem and a Mozart violin concerto [Mozart Violin concerto in D major, Marianne Thorsen, TrondheimSolistene, 2L], the result was genuinely beautiful. The lyricism of the playing and the scale and openness of the image made for a particularly thrilling experience with a track that while well recorded does not always make this impression.

In my quest to upturn every stone I replaced all but the speakers with a Naim Uniti Atom, the smallest of the Uniti amplifier/streamers. As is usual for Naim the power rating isn’t particularly high at 40W but it has a decent power supply and had no trouble driving the Skylights. I found that when playing at higher levels it helped smooth the balance if the speakers were parallel rather than toed in, this was the way they stayed for all subsequent listening and gave a good balance of image focus and tonal evenness. Here the groove got stronger as you might imagine, but so did the raw vitality of ‘The Way Young Lovers Do’ [Van Morrison, Astral Weeks, Warner]. This isn’t the smoothest of recordings so you need its melodic and rhythmic elements to be on the money if it’s not to grate, something the Totems were more than happy to provide. The horns sounded glorious as did the vocals from your man. Another winner proved to be ‘Baby Don’t You Do It’ from the bonus tracks on Who’s Next [Track], here the power and intensity of the drumming came to the fore thanks to good pace and immediacy, but when the guitar cuts loose it’s sheer intensity cannot be ignored. 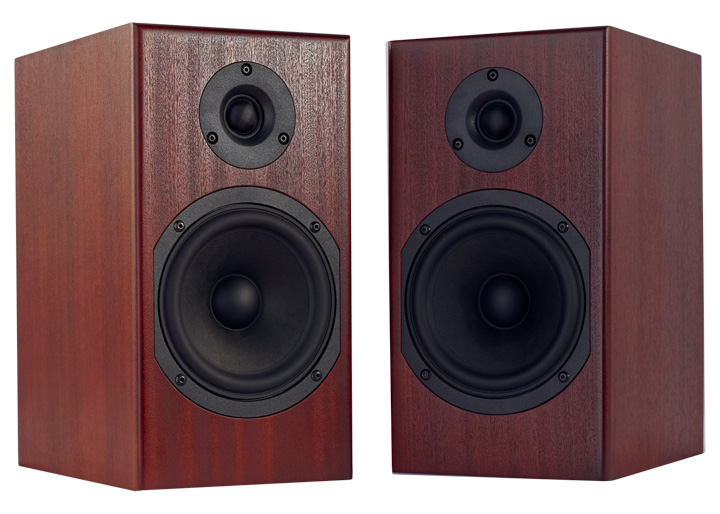 Probably the most successful partnership I found for the Skylights was a Leema Tucana II integrated amplifier, this has the grip that the speaker seems to need and an excellent sense of timing. The midrange remains the star but the Totem plays at higher levels without complaint when the amp has sufficient power, this applies equally to delicate material like Bill Evans’ ‘Waltz for Debby’ [Riverside] where the snap of brushed snare, nuanced double bass and the fabulous touch of the pianist came together with a rare degree of coherence.

The Totem Skylight is a more capable loudspeaker than it might appear given the small size. Rather than relying on new tech to give it marketing profile Totem has trickled down everything that can be squeezed into a compact cabinet and delivered a highly entertaining speaker. It’s not entirely amplifier agnostic, but partner it carefully and you have an understated musical maestro.