The Funk Firm makes turntables, tonearms, and Achromat pure vinyl replacements for the often-ghastly fuzzy slip-mats on turntables. But what it is also produces is a range of upgrades for popular turntables. The Rage upgrades tested here, for example, are designed to upgrade turntables from the ever-popular Rega stable. Theoretically, anything from a 30-year-old Rega Planar 3 up to the latest models in the line are ripe for Rage.

The Rage modifications require a bit of a run-up in explanation, and – in fairness – The Funk Firm’s website explains this in a somewhat scatter-gun exuberance. While the exuberance is understandable given the performance of the products, it could do with some simplification, so here goes. The Funk Firm offers three points of upgrade to a Rega; feet, mat, and arm. There are two grades of arm. You can upgrade in steps (start with the Achromat, then add the feet, finally arming yourself), or you can just choose one of the two complete upgrade paths; Rage 2 – that includes the F7 arm – and the Rage 1 (tested here), which upgrades the arm to an FXR arm. In both cases, the arm uses the Rega bearing housing and mount, upgrading the arm-tube and modifying the bias adjustment to be a contrast linear design. There is a small price penalty if you build up the Rage in steps, so we went with the complete package.

The 5mm Achromat is a direct drop-in replacement for the fuzzy mat supplied by Rega. Its tight on the spindle so it fits snugly, but part of that is because you don’t want any slip in your slipmat. The Achromat is made of thick vinyl, on the grounds that the best interface between record and platter is the same material as the record. That’s not as much of an oversimplification as it first sounds. The Bo!ng feet are direct screw-in replacements for the existing Rega feet, although they have small outriggers attached to widen the distance between feet. As the name suggests, these feet have a trio of small springs that connect the foot to the downward point of the outrigger, effectively making the feet into a surprisingly bouncy suspended turntable system. These add about 30mm to the height of the turntable. The Achromat and Bo!ng are designed to make the turntable an arm-holder for the F•XR II. They also allow the listener to roll back the changes in a way the arm does not, although why you would want to do that remains unclear, because the overall change is such a force for good.

Of course, this also means a lot hangs on the performance of the arm. Viewed as an upgrade, it replaces the arm-tube, the horizontal bearings, improves the anti-skate system, and central column… and that is a bit like saying a Ferrari is just a really hotted up Fiat. The arm-tube improvement is the most visible part; the thin, red, and extraordinarily light tube is also incredibly stiff (try to imagine a drinking straw with an  X-shaped bracing running inside its whole length). The result is an arm with unparalleled levels of arm resonance control, meaning a vastly more linear frequency response.

This invited comparison with standard Rega decks, but rather than a step-by-step approach, we compared a standard Rega against ‘the Full English’, so we had a reasonably upmarket – albeit a generation old – Rega RP6 (which was two and a bit notches up on the Rega used as donor for Funkification) as comparisons and both decks used an Audio Technica moving magnet cartridge.

The difference was extraordinarily clear. The enfunkenated deck had more of everything it should have and less of everything it shouldn’t. Bass was better defined and deeper, with a sense of buoyancy and rhythm that made the standard Rega seem flat by comparison. The midrange clarity was substantially improved – not just in context of comparing Rega with Rega, but in absolute terms. It becomes pretty obvious by about the second track into the listening that we have grown used to tonearms grunting their way through music like a modern tennis pro, and the Funk just doesn’t do that.

Stereo imaging is improved too, but this is not the primary goal of the Rage 1; more, “among our arsenal…” than, “our chief weapon…” The telling record for all the Rage mods was Beck’s Sea Change [MoFi]; you hear how personal that pain was all the more direct due to the deck getting out the way.

What might be surprising for many people is just how far the humble Rega can go in terms of high-end performance. We’ve come to expect that level of performance from the company’s top decks, but the Rage mods show something similar is possible from every Rega. So, while that F•XR II is the star of the show with the frankly shocking realisation of just how most arms act as a resonant obstacle to the sound, the three parts of the support it needs (the Rega itself, the feet, and the platter) mean the turntable platform never runs out of steam no matter what. The Rage mods do not have the same ‘forever build’ of the original Rega, but I’m not sure how big a concern that might be beyond the arm itself. 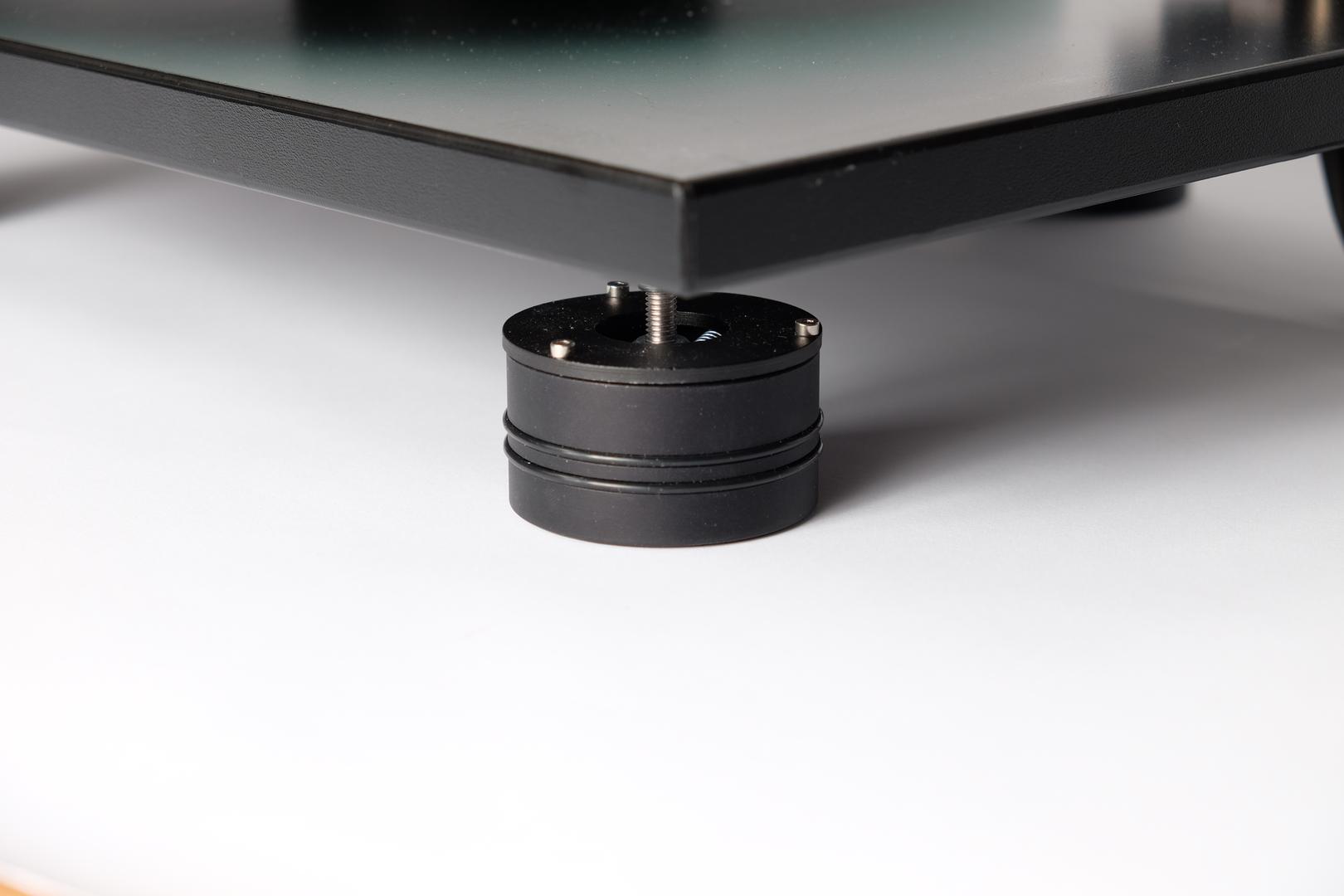 The biggest criticism, however, is philosophical. There are gazillions of Regas out there, but most people who buy Regas generally do so because of their inherent fit-and-forget nature. This means The Funk Firm might have the right products for the wrong market. Still, if just a fraction of one percent of Rega owners Funk Up, that’s still a big market to tap.

That’s missing the point of the Rage 1, as those untappable Rega owners are not the people who read magazines like this one. Instead look at the Rega as the vinyl equivalent of a donor car in building that AC Cobra kit you always dreamed of. Just as that kit Cobra gave people a high-end supercar without supercar prices and running costs, so buying a cheap Rega and Funknating it is probably one of the best and cheapest ways into high-end record playing sound. The Rage 1 is Funking great!

Available in: Black, White, or Orange

Manufactured by: The Funk Firm