The Denali by Shunyata Research is one of those products that came late to the UK. Everywhere else in the world (starting from the US on out) got the power distributor before us, but it was worth the wait; in making the Denali compatible with UK domestic mains power regulations, we ended up getting a slightly beefier version of the Denali that will now (no pun intended) filter through to other Denali customers. Not so much a Mark 2 Denali, more a Denali Version 1.1, and in fairness those changes shouldn’t amount to a sonic difference (so no need for owners of existing Denalis to start thinking of a trade-up) but we still get to reap the benefits.

There is also a significant back-story to the Denali, underpinning all of Shunyata’s recent products. A few years ago, one of Shunyata Research’s clients was so impressed by what his Hydra Triton/Typhon power distribution box did to his audio system, he wondered if it could help in his day job. So, he brought the Shunyata product to work… and plugged it into the medical imaging device he used in his cardiology surgery. The resultant drop in noise floor he experienced at home also happened at the operating table; he could use the imaging products with greater definition, and – as a direct result – more operations had a successful outcome (given this is a cardiologist searching for vital electrical impulses in the heart itself, the opposite to ‘a successful outcome’ is pretty bleak). When this story filtered back (pun intended) to Shunyata’s boss Caelin Gabriel, he created a division of the company – Clear Image Scientific®– to help improve the resolution of medical imaging devices through cleaner power. That Shunyata’s products have a direct effect on medical imaging products is no surprise given Caelin Gabriel’s previous career in ultra-sensitive data acquisition systems. He’s used to pulling a signal out of a sea of noise, but that’s as near as it gets to discussing what Gabriel did in that past life because it’s all redacted Area 51 stuff. However, the innovations from CIS pass to subsequent generations of Shunyata Research products, and vice versa. The Denali line is a direct recipient of this bilateral research and development pathway. 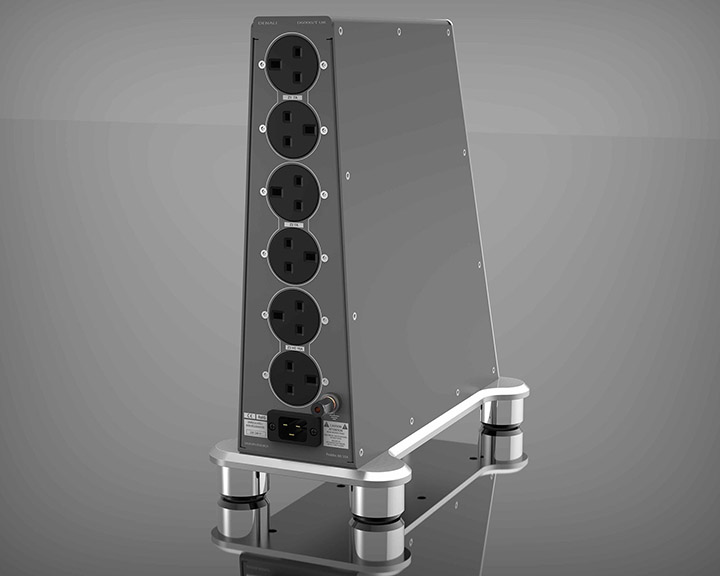 Central to Shunyata’s concepts, the Denali features CCI (Component to Component Interference), introduced many years ago with the introduction of the Hydra Model-8. The Denali was the first Shunyata Research product to use the CCI ‘Medical Grade’ filters that were developed specifically for the CIS power conditioner. These filters are designed to reduce noise by more than 40dB at 1MHz, which is also a marked improvement over the 24dB reduction provided by the aforementioned Hydra, Shunyata’s previous flagship design. The Denali uses two patented technologies in its design, the first being the NIC (Noise Isolation Chamber), which was introduced in the original Triton. The second technology is the QR/BB, which was developed under the medical research program. The Denali actually eclipsed the performance of the reference Triton for a time, but Shunyata created a third version of the flagship that included a similar hybrid technology from the Denali series, but in a larger and more effective form.

As the acronym suggests, the CCI filters not only reduce mains noise, but also isolate the audio components from one another. As we inexorably move from an analogue world (with digital sources) to a more mixed audio palette with a greater number of digital sources, often involving some kind of Wi-Fi system, this need to separate the influences of one product on its fellow rack-mates is becoming a primary concern. The Denali helps to not only keep mains-borne noise from outside the system stay outside the system, it helps prevent inter-component contamination. As the other work-around option is multiple boxes to work on each component, the integrated, but separated, approach works for me.

Alongside the CCI filters, the Denali also sports a patented ‘QR/BB’ dynamic enhancement. Typically, a power conditioner stores some power in capacitors, chokes, or coils. This is available to the devices that use the conditioner, but big ‘pulls’ on power delivery from the wall are not completely instantaneous as a result. This is why many power conditioners got short shrift with users of big power amplifiers, or – paradoxically – smaller power amps with stiff power supplies that give a taut, fast rhythm. In the first case, a power conditioner can seem to dynamically compress the sound, in the latter it acts to slow it down. Not here, though.

QR/BB removes all those chokes and caps from the path, and in the process (according to Shunyata, at least) makes the current delivery more dynamic than the raw AC mains itself!

Acronym lovers will also appreciate Shunyata’s KPIP (Kinetic Phase Inversion Process; a proprietary treatment used to speed up running in), and CGS (Chassis Ground System) terminal, or the earth/grounding tag that sits at the bottom of the Denali and can be connected as a floating ground to other devices. It also has 40,000 amps’ worth of transient protection (under the Trident banner), eight-gauge internal wire, and a special ‘hydraulic electromagnetic breaker to prevent it being undermined by a noisy fuse. Fuses are a function of UK power, and the plugs in the Alpha EF and NR cables used in the chain are all of the best quality.

The six outlets on the rear of the Denali now feature 13A three-pin UK sockets (part of the hold-up to getting a UK version was the manufacture of Shunyata’s own CopperCONN™ nickel-plated pure copper conductors in UK form), and the Denali itself has a 16A IEC C20 input. The six sockets are sub-divided into a high-current pair (for power amplifiers) and four standard current sockets for sources. The original US version further sub-divided the sockets into three zones, with maximum isolation between these zones; the topmost two rated at 15A continuous, while the third (‘Z3’) is the high-current circuit, rated at 16A continuous. Unlike most power distribution products, the Denali is no shelf-hogger; it stands vertically next to the system, a tower design that, from the front at least, looks like an obelisk. A platinum obelisk rising out of an aluminium base, and four stainless-steel feet. There is a rack-mounted D6000/S version and a smaller two-outlet D2000/T that are both available in the US and the EU, but haven’t made it to Blighty yet.

Often with power conditioners, the effect is somewhat nuanced. It’s either a ‘back-and-forth’ thing, or a ‘put it in the system for two weeks and see if you can live without it when you remove it’ kind of subtle effect. That isn’t to say the effect is too subtle to be of actual benefit, but it’s not the kind of immediate, transformational change for the better you might find from upgrading an amplifier or a player, for example. The Denali is one of the rare exceptions: you put it in the system, and the system immediately sounds better… job done, open wallet and extract money.

But exactly what is ‘better’ in this context? It’s an important upgrade to that sense of not sitting in front of electronics, but instead enjoying the musical experience as it should be experienced. Those little niggles that exist even in a top-flight system – the slight harshness in the upper mid, the pervasive scratchiness in the mid-bass that isn’t quite undermining enough to require extensive system surgery, but never fully go away – are drastically reduced. I knew I was on to something when the normal listening test music quickly came and went and was replaced by things you might want to try and experience; such as ‘Fantastic Planet’ from Soil and ‘Pimp’ Sessions’ Planet Pimp[Victor]. In fact, what the Denali does is rid the world of over-rich tonal colours and excesses. This opens up a wider gamut of music to the listener (hence the aforementioned Japanese Death Jazz). And, while I can see some wanting their music more brightly lit, most will quickly realise that the significant increase in tonal palette is better than overt, over-processed sound. 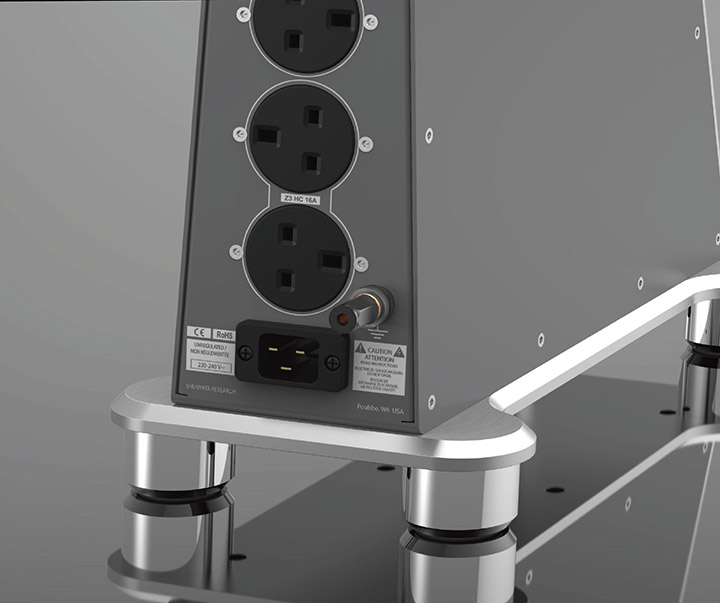 This is sound less distorted, pure and simple. It sounds like your electronics are tampering with the sound less than before, almost irrespective of the type of electronics used. It’s the system you bought in the first place, as it should be. I tried the Denali on a range of products from source to subwoofer, and solid-state to tube, and it worked more or less universally. The ‘more or less’ part applies to turntables – not that it undermined the vinyl performance, it just made little difference. Everything else gratefully received the Denali’s juice. OK, so I doubt anyone with £5,000 worth of system is going to use a £5,950 power conditioner, but otherwise go for it, and you quickly realise why the Denali is one of those products that is universally well received in the high-end fraternity. Because it’s damn good!