It’s probably best to think of the Sennheiser Momentum In-Ear Wireless as the original Momentum In-Ear, with a wireless collar in place of the original wire. The earphone is a single-driver, dynamic design, with a metal sound tube ending in a 4mm nozzle, with a pair of red/black rubberised cables leading to the collar. The most visible outer part of the earphone is a highly polished metal disc with the Sennheiser logo, the rest of the outer body being plastic. There is absolutely no change to the specification and design of these earphones between the Momentum In-Ear and Wireless. 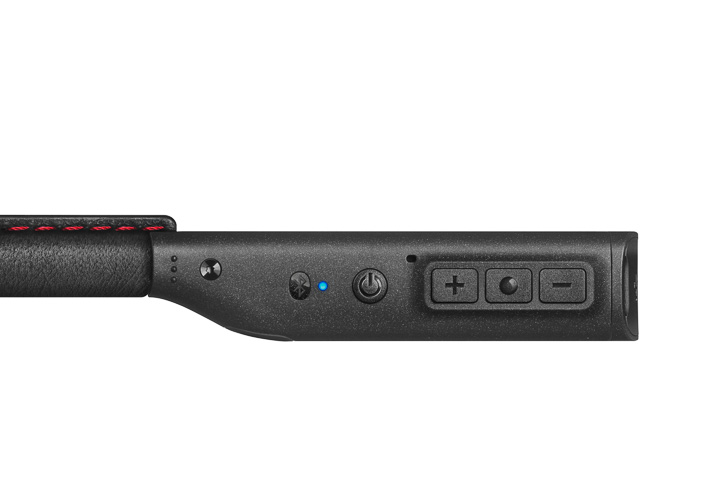 The collar has a rear covered in sheepskin nappa leather, with an elegant red thread stitching it to the frame, and two polycarbonate ‘business’ ends. The red thread marks ‘up’. This is a rigid collar with limited flexibility, but is large enough for even the broadest of neck: I’m a relatively neck-free individual thanks to a combination of birth defect, years of rugby, and a propensity to ‘winter well’ all year round, and I had no problems, so unless you make Mike Tyson look swan-necked, the Sennheiser Momentum In-Ear Wireless will fit well. The neckband is not the lightest example of the wireless breed, but not too heavy either. The earphones themselves are light, curved to fit many a ‘lug hole’, and the cable and strain relief are kept far out of the ear thanks to that long sound tube, so they are comfortable for most users. I wouldn’t recommend using the Sennheiser Momentum In-Ear Wireless for the full ten hours of battery life at a stretch (I tried using the unit as my computer headset for a day and after a while, the joy of having the strain relief away from the ear is countered by having them lever themselves loose over time), but they are more than fine for commutes and daily use.

The collar itself has two key sections. The one that falls to your left hand houses the track handling, volume, power, and the USB charge connection. The other side features the aerial connections for Bluetooth and NFC connections, and pairing is very quick and easy (if you are using Bluetooth, it comes up ‘M2 IEBT’ on your pairing list). The controls also operate basic call functions as well as track and volume handling. These are fairly comprehensive, given that most of the time, they are operated by touch alone. The centre button and the power button can be clearly felt under your fingers, although the ‘+’ and ‘-‘ keys feel functionally identical. The cables for the earphones exit through the bottom of the collar, and the whole package neatly folds away into a small travel case. Medium, translucent, single flange, soft silicone ear tips are pre-fitted, with with replacement tips in three additional sizes (XS, S, and L) supplied in the case. There is also a charging USB cable provided, and a handful of quick start and health and safety manuals in a range of languages in the box. The one potential omission is any kind of Velcro cable tie for the USB cable once the cardboard insert is removed, but the rest of the Sennheiser Momentum In-Ear Wireless sits comfortably in its case. Fortunately, you don’t need that USB cable too often; 1.5 hours of charging will return a good 10 hours of normal use.

One of the clever, but overlooked, aspects of the Sennheiser Momentum In-Ear Wireless is that its USB charger cable can also act as a signal cable, when connected to a computer. Turn off Bluetooth, set your computer’s output to the appropriate channel, and it acts as a wired headset while it is charging. This also gives one a chance to compare the sound of the built-in DAC with its Bluetooth component, and Sennheiser has done a good job here on both counts. The sound through the wired USB is slightly louder, and the Bluetooth sound is very slightly ‘spitchy’ in the presence region (around 2kHz), but not enough to cause irritation – a difference that is only really noticeable in comparison. If you use your computer as a true workstation, and feed Skype or FaceTime Audio calls through your desktop rather than a phone, the Sennheiser Momentum In-Ear Wireless is a really useful wireless headset. If you are a ‘pacer’ while making such calls, it’s worth noting the audio quality of the microphone seems to fade faster than the received call sound; it fails in a speech-retaining way, so that the person on the other end of the phone can still make out your voice, but it sounds like you have just walked into a cutlery store in the middle of a hurricane. I’d say the range is about 5-10m in practical terms (my late Victorian house seems to harbour a secret faraday cage and wireless signals of all kinds are severely curtailed), so for most smartphone usage, the Sennheiser Momentum In-Ear Wireless is a perfect telephonic partner.

These are every bit the commuter headphone, with a fun zing in the top end, a nice sense of energy in the bass, and a touch laid-back in between. The excessive treble ‘zing’ of the wired version is more tamed in the Wireless edition; they are still bright and energetic, just not as brisk-sounding as before. This is perhaps most noticeable in playing the extended remix of ‘Back Stabbers’ by the O’Jays [Philadelphia International Classics: The Tom Moulton Remixes, Harmless], where the constant ‘tssk, tssk’ of the hi-hat coupled with the drive of the bass drum effectively define the mix more than usual. This is, however, useful for cutting through the sound of commuting, and the midrange is not dark or recessed sounding. 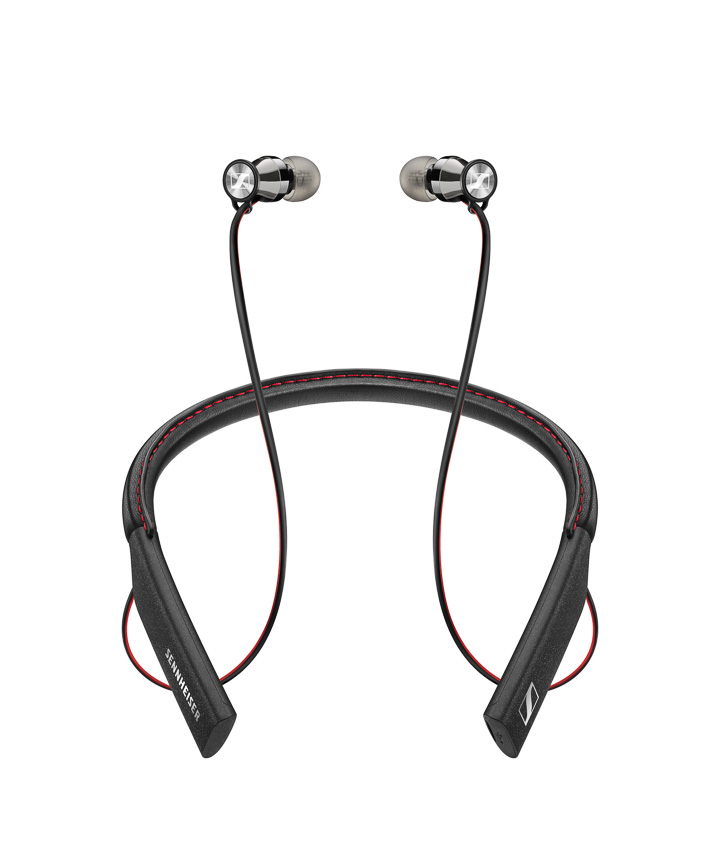 A combination of judicial adjustment of the sound and moving from AAC versions of compressed 1970s soul music to more natural recordings showed the Sennheiser Momentum In-Ear Wireless to be a detailed and focused performer, with some extremely good imaging. In a way, this follows closely to the likes of the HD800 or IE800 models, just without the striking, ear-opening detail of the top-end Sennheisers. Playing ‘The New Cobweb Summer’ by Lambchop [Is A Woman, City Slang] showed the headset to have a wide, precise stage and a great deal of vocal articulation, alongside that insightful top end and rich – but not flabby – bass.

The Sennheiser Captune app is clever and useful, too. It takes over play of music files, has TIDAL integration, and allows pre-set and custom EQ settings. This last is a little like an aural equivalent of being fitted for glasses, as you rack through A/B or normal (‘better’, ‘worse’ or ‘about the same’?) settings for a series of parametric EQ tweaks until you find your perfect custom curve. This is a slow, painstaking process that can end up with some anomalous settings, and I suspect many will simply ignore it. Nevertheless, the pre-sets, coupled with the overall take over of music replay is mostly a force for good (DRM keeps downloaded iTunes files penned away, and a lacklustre TIDAL search facility notwithstanding).

There are three observations that need making. First, the Momentum In-Ear Wireless is not designed for exercise use… I’ve been told. It’s fine for someone who might take a daily constitutional, but if you are intending using it for jogging, there are better options available. The second is related, in that the Sennheiser Momentum In-Ear Wireless is not water resistant, and there are several points where the ingress of water could meet delicate electronic circuitry. Finally, there is no wired minijack component at all. 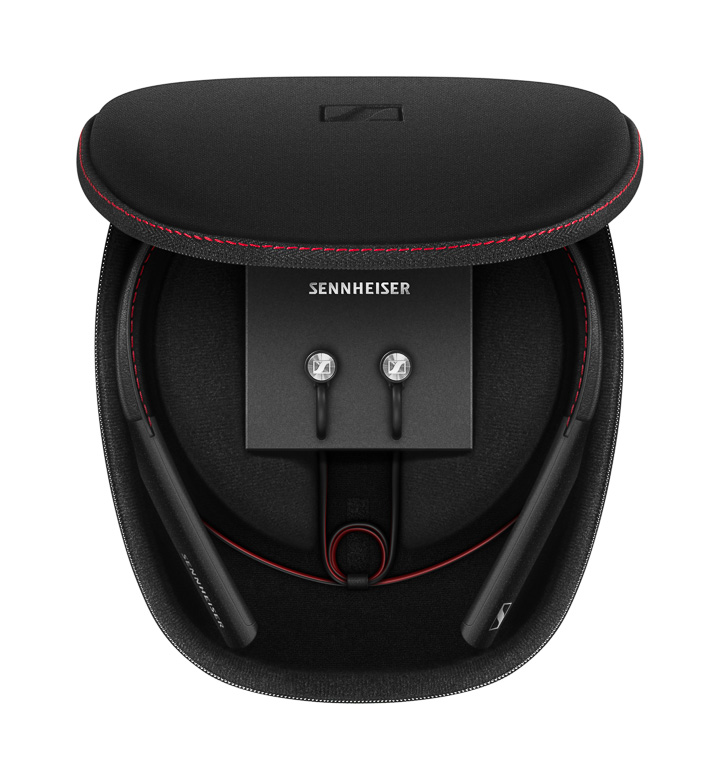 However, true consideration of the Sennheiser Momentum In-Ear Wireless revolves around what they are designed to do, rather than what they aren’t. These are the headset companion for a commuter or someone at a workstation who doesn’t want to be tied to the desk. In that respect they are excellent, and come highly recommended.