Revel is the high point in Harman’s extensive range of loudspeaker brands; it has the luxury of sharing facilities with JBL, but doesn’t have to make mass market products in the way that behemoth does. The Northridge, California facility has the only automated loudspeaker blind listening machine I have ever come across, The facility physically moves single loudspeakers into the playing position and repeats this for other models so that theoretically a listener can audition different models without knowing which ones they are. But this is only a small part of the process that Kevin Voecks and his team go through when developing new products; the rest of it is a little bit more like real work.

The Performa range is now in its third incarnation and it has settled down to representing the midrange in Revel’s portfolio – shinier, and more advanced than the Concerta lines, but more affordable than the Ultima2 series. The M126Be is the smallest two channel models in the PerformaBe series, a two way with a six-and-a-half-inch main driver and a curvy box where there are fewer straight lines than usual. It’s one of those disconcerting loudspeakers that weighs more than it should, a bit like an ATC. In fact, the box is just over 38cm high but weighs nearly 10 kilos. It’s safe to say that it’s rather more solid than average and the drivers are well backed up on the motor system front. 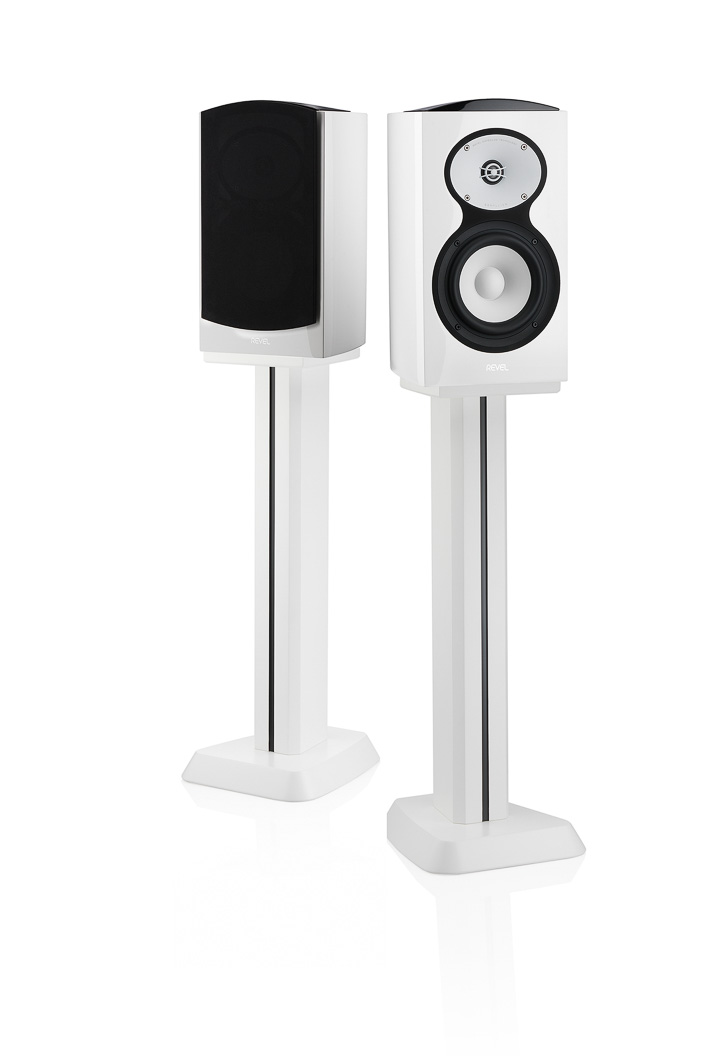 The suffix in the M126Be’s name indicates the presence of beryllium, the fourth element on the periodic table, as Revel points out, and a material that seems to have everything going for it when it comes to radiating high frequencies. It’s four and a half times stiffer than aluminium, and yet has three times the internal damping. The fact that it weighs half as much is icing on a particularly well- endowed cake. No wonder Focal got so worked up when they introduced the first pure Be domes on their tweeters a few years ago. But like any other material, beryllium is only as good as what you do with it; application is everything. Revel have chosen to put it in an acoustic lens, essentially a carefully shaped waveguide that controls dispersion. On this occasion the lens is made of cast aluminium with a ceramic coating for added stiffness; it is also the fifth generation of the lens, so hopefully they’ve got it right by now! The magnet is unusually large behind the tweeter; they specify 85mm, which is more than three times the diameter of the dome, so it must provide plenty of control.

The other half of the ‘not what you do’… equation is to be found in the crossover; the M126Be has a ‘high order’ (actually, fourth-order) slopes provided by film-only capacitors and air core inductors. This is a well-regarded approach to keeping distortion at a minimum and transparency good and high. The mid/bass driver has an aluminium cone of the sort Revel describes as a ‘deep ceramic composite’ and is finished in the same white as the tweeter waveguide. The colour contrast gives it and the PerformaBe floorstander a distinctive look that sets them apart from the crowd, but you can’t help wondering if they got the idea from their colleagues at JBL who have used white woofers for decades. Little is said about the box itself, which presumably means it’s fairly conventional in construction but distinguishes itself with a curved top section finished in metallic black with the brand embossed in relief using a process called electroforming. The finishing overall is to an exceptional standard. On the back panel there is a reflex port and a single pair of cable terminals. Bi-wiring seems to be on the wane these days; it’s hard to say whether that’s because of fashion or the limited aesthetic appeal of cables in an increasingly wireless world, but I for one am all for it.

The M126Be is a compact speaker for the price. There are more expensive alternatives in the same ballpark, but not that many, so until you start to listen they look a little expensive. However, the pudding proves very nicely indeed as this is a remarkably revealing and clean sounding loudspeaker. I put them on a pair of Stand Design FS104 Signature stands and Townshend Seismic Bases, hooked up the mighty ATC P2 power amplifier, and pressed play on the app controlling a Naim NDX2 streamer. The presentation is richly detailed and a little lean in the bass. This is not one of those compact two-ways that attempts to offset its stature by ramping up the bass; instead it takes a realistic approach to the bandwidth it can produce without compromise. Which means ultimately that those looking to playback Rammstein or Beethoven’s 9th in full effect will need a subwoofer. But this is not what the M126Be is about; rather it’s about very low distortion and very high resolution in a speaker that is small enough to be used in almost any room, albeit too small for the biggest rooms.

It is supremely good at resolving the subtleties of the human voice. No matter who you listen to voices sound so real that it makes the performance totally compelling. This struck me quite forcefully when playing ‘Dancing Out with the Moonlit Knight’ [Genesis, Selling England by the Pound, Charisma]. Peter Gabriel was palpably real and the music gelled superbly, so that the only things missing were the bass pedals. This is an outstandingly articulate loudspeaker, one that makes it easy for you to hear right into the mix and pick out any instrument or voice you want to follow, or to sit back and enjoy the bigger picture. This Revel proves that you can have high-resolution without tears. In other words, there is no tendency to forwardness, glare, or grain, something that other speaker makers blame on source and amplification, but which is often a shortcoming of tweeters. Beryllium treble drivers do not always make the sound that their many advantages promise, but Revel have proved that the material is not the problem. 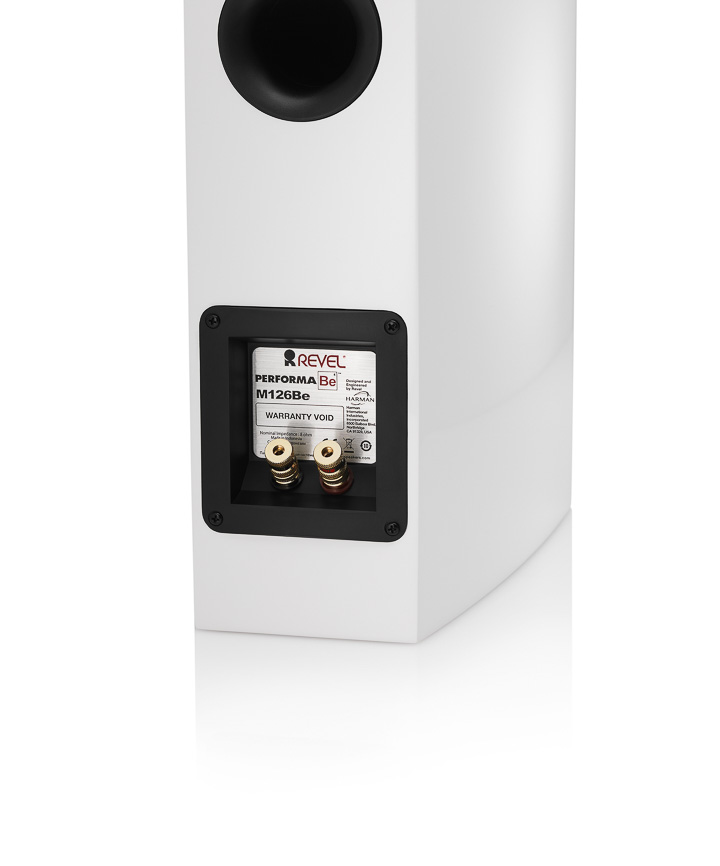 On the all-important timing front this is a very snappy but never sharp speaker; everything happens precisely when it should and there’s little or no hangover. Which is to say that timing is strong but not its forte. There are more obviously pacy speakers around but few that resolve the details so well. There is, however, plenty of snap to hands on drum skins while the lilt of Brendell’s ‘Haydn Piano Sonatas’ [11 Piano Sonatas, Philips] was perfectly balanced with the weighting of his playing. This sounded warmer than usual, the treble on the Revel being that much more solid and rounded than usual. It makes many metal domes sound thin and avoids the early break up associated with soft domes, which leads to the clean, uncoloured way that it opens up recordings. It’s a luxury sound, almost as if you can hear the polish on the grand piano.

It was fascinating listening to the voices on Conjure’s Music for the Texts of Ishmael Reed[American Clavé] where David Murray sounds bigger than the band while Reed himself is extremely natural and convincing. I love the way that the M126Be matches Steely Dan’s attention to detail on ‘The Boston Rag’ [Countdown to Ecstasy, ABC], bringing out Jeff Baxter’s pedal steel and Denny Dias’ fabulously dark solo to a tee. This speaker does scale when you want it as well.  Small boxes are usually good at this and solid ones even better, so Ryan Adams and the Cardinals’ ‘Magnolia Mountain’ pushes the soundstage well behind the speakers, placing the instruments and voice in a well defined 3D space.

This is a speaker for the head and heart more than it is for the physiology.  It doesn’t have bone-shaking bass, but makes up for this with exquisite inner detail and very low distortion. It has an honest balance that favours accuracy over short term wow factor, so it’s a speaker for the sophisticate rather than the closet rocker. It needs a muscular and coherent amplifier to give of its best, but when appropriately partnered produces a sound that makes you shut your eyes and escape into the music. Which ultimately is what high fidelity should be about.