Letters Under Floorboards, the second album by Hannah Rose Platt, is a big departure for the UK country and Americana singer-songwriter.

Musically, it’s a major shift from her largely acoustic 2015 debut, Portraits – this time around she’s gone electric, but also brought in strings, keys and pedal steel, for a much bigger sound, and, lyrically, some of the songs deal with dark and very personal themes, which sees a marked change in her approach to writing, which, until now, has centered on telling stories.

However, Platt, who was born and raised in Liverpool, hasn’t completely abandoned the character-based songs that she’s known for, either.

It makes for an interesting and diverse record – we get life-affirming, jangly guitar pop (‘Illuminate’), moody country-noir (‘Chanel & Cigarettes’ – a sinister tale of infidelity), the emotional and honest, hard-edged and anthemic ‘Sculptor’, which is about an abusive relationship, the reflective ballad ‘Checkmate’, the twangy ‘When Audrey Came To Call’, inspired by one of the deadliest tropical cyclones in U.S. history, and the brooding and cinematic duet ‘I Will Tell You When’ – in which a father and daughter wait for an impending plague of locusts to descend on a prairie in the American Midwest.

In the sleeve notes of the album, Platt says that, at times, the record was very painful to make, but also an absolute joy.

Over a beer in a pub in central London, I ask her to elaborate:

“While I was writing the record, I was going through a massive transition in my personal life. I don’t mind being open about the fact that I was in an abusive relationship at the time – the extraction from that was very complicated,” she says.

“A few of the songs were written so I could do something else, rather than have to sit down and deal with the conflict. It was hard, but it was therapeutic and empowering. It was also a first for me to write personal, relationship songs about my own experiences, because I love writing stories and that’s what I’d done up until that point.”

SH: The new record is very different from your first one, Portraits

HRP: That was recorded in Nashville, but Letters Under Floorboards was recorded in the UK, it is harder and darker and has more depth and variety to it. It has a bigger sound – it’s more produced.

Did you have a definite idea about what you wanted this record to sound like?

It was definitely intentional – there were a lot more people involved and this was the record I actually wanted to make. The first album was a great snapshot of where I was at the time, but we had five days to get everything done – it was a very different process. This record took two and half years to make and everything was very carefully considered. I was writing as I was recording it – when I went in to do the first song, I didn’t have all the other songs written.

Given what was going on with my personal life at the time, it had to be really measured, but I’m glad that I took a while to do it because I feel so happy with the results. It took a long time to cook, but I’m pleased with the cake.

You worked with an impressive line-up of UK Americana

It’s mostly Tom (Collison) and I playing the instruments – we had a lot of fun. Tony was really helpful – we had to run the record past someone else’s ears. He was a massive champion, very supportive and enthusiastic. Danny helped to link me up with the record company who released the album [CRS/Continental Records].

There’s also a guest appearance by Sid Griffin from US alt-country band The Long Ryders.

I met Sid at a gig a few years ago – the bass player on my first album had played on one of his solo albums and he introduced us. We got chatting and swapped details. I told my stepdad that I’d met Sid and he said, ‘wow’, but I didn’t realise that he was in The Long Ryders! I used to listen to them when I was little.

The song that he sings on was one that I co-wrote with my stepdad [Christopher Stevens] – he’s a musician, but we’d never written together before. We wrote three songs on the album and it was magic. He was happy to have one of his all-time heroes sing on one of his songs.

The song was inspired by Laura Ingalls Wilder, who wrote the Little House on the Prairie books – she experienced a plague of locusts when she was a child.

My stepdad wanted to write the song from the point of view of a farmer who has lost everything. For me, it had to be a conversation between a father and a daughter.

What I love about Sid’s performance on that song is that he characterised it perfectly. The lyric is about a daughter who is frightened and her father is trying to reassure her that it’s fine. As the song goes on, he becomes increasingly unconvincing because he’s absolutely terrified.

The title of the album, Letters Under Floorboards, comes from a lyric in the song ‘Your Way.’ Why?

All the songs are either stories from previous times that aren’t very well-known, or they’re things that I’ve kept hidden and are now out on show. The first single from the album, ‘Chanel & Cigarettes’, is a dark story song and it deals with infidelity. It’s mostly fictional. When I was a kid, I used to write stories and I was obsessed with all things spooky and macabre. I loved being frightened, but I was also a giant wuss. I came across these stories I’d written…

Were they under the floorboards?

Sort of – they were hidden away in boxes in my old room. I found a piece of writing, but there was no infidelity in it…

I wanted to turn it into a song and I wanted to do something darker. Up until that point, everything I’d done was quite folky…

It has a film noir feel…

I’m glad you said that – that’s exactly what I was trying to get across.

The opening song, ‘Illuminate’ is quite poppy, isn’t it?


It’s very poppy – I wrote that song last, but I wanted to put it at the beginning because I wanted people to know from the word go that this wasn’t going to be Portraits 2. It has a very different sound and it’s about taking all the dark things that have happened to you, but rather than trying to avoid them, look at them in the light and, without sounding too clichéd, let them show you what you need to do next. It’s a nice overture – it lets people know that some of the stuff they’re going to hear on the record is pretty dark, but it’s going to be OK… 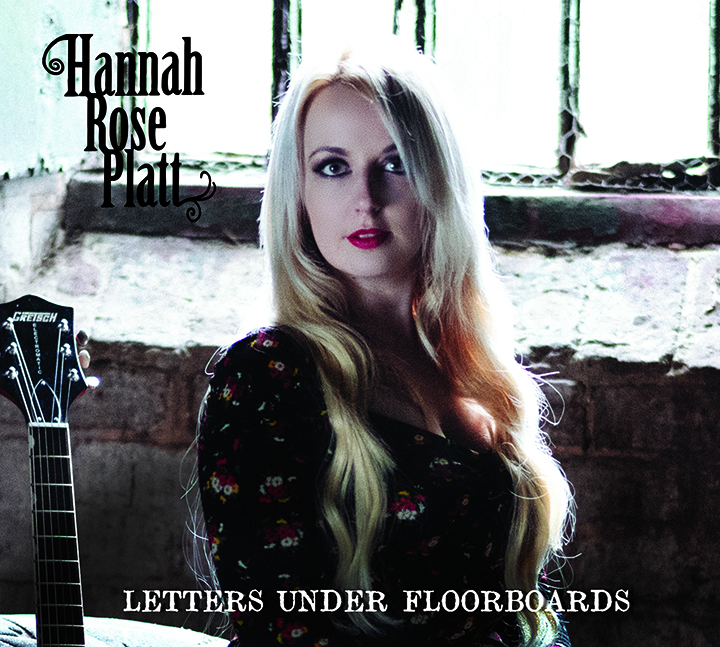 ‘Sculptor’ is one of the darker songs. Tell me more!

Yes – wearing a person down until they’re not the same anymore… This stuff needs to be talked about more – it happened, it’s true.

It’s interesting that the first couple of times I played it live, it resonated with a lot of men. I wasn’t expecting that, but it opened up a conversation.

There are some other personal songs…

Yeah. At the time, I had to make lot of difficult decisions about which people I was going to keep in my life, and which I was not – it wasn’t just about romantic relationships. The personal songs on the album are about me trying to process that – accepting the decisions you’ve made and keeping on moving forward, without anger and regret.

Tell me about the track ‘Brooklyn, New York’?

Actually, it’s about a journey from County Cork to Brooklyn. It was also inspired by the movie Brooklyn, which is one of those movies you should watch on a Sunday, after you’ve had a roast!

It’s a treat for all the senses – a nice easy film that won’t mess you up or frighten you.

The song ‘When Audrey Came To Call’ was inspired by Hurricane Audrey, which struck Texas and Louisiana in 1957…

They didn’t know it was coming – it took the town of Cameron by surprise. I wrote the song with my step-dad – the song wrote itself…

It’s about a hurricane, but it also could be about a strong woman who doesn’t take any prisoners… “Audrey was the meanest bitch to ever hit the South…”

That’s what we wanted – it has a great double meaning.

Earlier, you said you’ve always written stories. How did you first get into songwriting?

I’ve written stories since I can remember, and I’ve played guitar since I was five or six, but it never really occurred to me to put those two things together until I was 15 – a youth worker called Caroline Murphy came to my school and she saw that I could sing and play.

She offered me the chance to play at a special ‘women in music’ night at The Masque – a theatre in Liverpool. It was a big deal at the time. There was one condition – the songs had to be original – no covers, so I had three weeks to write a song. I wrote one and that was it. I fell in love with it.

Are you now in a more positive place?
Yeah. Putting this record out is an emotional thing, but I can now look at those songs with hindsight, from a better place.

Album cover image by John Morgan. All other images by Ester Keate