Anyone with even a passing knowledge of high-quality hi-fi knows the name ‘Linn’. Anyone with a more abiding interest knows Linn to be one of the industry’s true innovators, from its Sondek LP12 of the early 1970s (which to this day remains a turntable capable of bringing a lump to the throat of even the most jaded listener) to the evangelical fervour of its mid-2000s embrace of digital audio streaming. The clearsightedness of Linn’s vision has always been admirable, the sonic quality of its products has always been unarguable, the prices it tends to set have always been considerable. When the time comes to make a documentary of the Linn story, it’s going to have one heck of a montage. 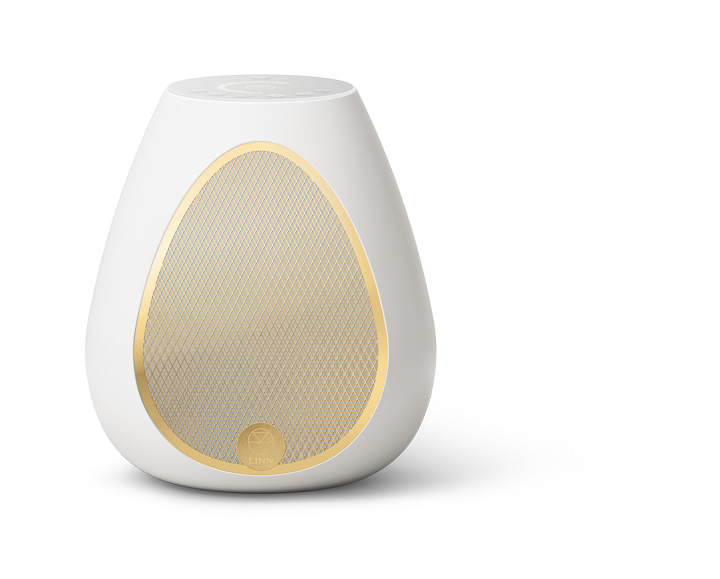 Yes, by the standards of single-speaker wireless digital audio systems, Series 3 is punishingly expensive. A single ‘301’ Series 3 will set you back £2,950, and if you add a partnering ‘302’ to form a stereo pair you’re looking at £5,450. At that sort of money, credible alternatives consist primarily of Devialet’s £2,490 Gold Phantom single speaker (a profoundly bonkers 4500-watt show-off) or Bowers & Wilkins’ £3,499 Formation Duo stereo pair (admirably musical, relatively staid and businesslike in appearance, and looking more and more of a bargain the longer this sentence goes on).

The 301 Series 3 is self-contained; it includes everything you might reasonably expect, as well as some uniquely Linn touches. Its driver array consists of a 19mm silk tweeter above a 160mm doped paper mid/bass driver – each is driven by 100 watts of Class D amplification. By the time your digital audio files arrive in analogue form at the power amp stage, they’ve been pored over by Linn’s Exakt digital processing engine.

The Exakt technology is intended to deliver linear phase performance across the entire frequency range – that’s been its mission statement since Linn first introduced it in 2013. Incoming digital audio information (here up to a maximum of 24bit/192kHz, all popular file types catered for) is kept in the digital domain until the last possible moment – anything less hearty than 24bit/192kHz is upscaled, as Exakt handles digital crossover filtering at this resolution. The signal is then upsampled to 768kHz before its conversion to analogue, an instant before it hits the power amps.

Getting information into a 301 Series 3 is simple, no matter your preferences. As well as being Roon-ready (301 has an Ethernet socket, just in case you value rock-solid integrity of connection to your local network over full-on wirelessness), there’s Apple AirPlay and Bluetooth 4.2 connectivity. The Kazoo control app allows the user to integrate Qobuz, Spotify, TuneIn radio and TIDAL accounts too, though Linn’s rather vocal scepticism regarding MQA means TIDAL Masters is unavailable. There’s even an HDMI ARC socket, in case you want to involve Series 3 in your video, as well as your audio, experience.

The 302 Series 3 that makes up a stereo arrangement is, relatively speaking, a much simpler creature. It has the same driver complement and amplification arrangement as its 301 foreman, naturally, but connectivity is simply mains power and an Ethernet-style socket for an Exakt Link connection to 301. ‘Wireless’, in the case of a Linn Series 3 stereo system, means a mains connection for each speaker and a (bundled) Exakt Link cable joining them.

There’s no denying the industrial design of Series 3 is a bit of a departure for Linn. The 30 × 25 × 21cm (h/w/d) infinite baffle cabinet is cast from a ceramic mineral before being finished by hand, and its inviting curvaceousness is matched by its tactility. Linn is prepared to talk, at length, about the material’s density, stiffness, and damping properties – no doubt the engineering principles behind it are solid, but the fact it looks and feels so unusual and so alluring doesn’t do any harm either. The thin, stiff and magnetically attached grille only adds to the visual drama. And Series 3 is a shape that invites those who gaze upon it to project their own meanings – does it look like a wine-glass, as Linn suggests? A bulb of fennel? Please send your suggestions to the usual address.

Control is achievable, up to a point, using Amazon Alexa or Google Assistant voice control – as long as you already have a mic-equipped speaker on your network, Bluetooth-driven integration into the Google Home or Alexa app is easy enough. Or you can use the touch-controls integrated into the winningly tactile glass top-plate of the 301: one hundred individual LEDs form a gently glowing circle to indicate gain level, and there are controls for initial set-up, Bluetooth pairing and ‘favourites’. It’s a responsive and pleasant interface, though it collects fingerprints like a scene-of-crime investigator.

Chances are you’ll use the Linn/Kazoo control app more often than anything else, though – it has all the functionality you need, and is where the seriously monied can set up their Series 3 multi-room system. Control apps can be Kryptonite to companies smaller than Global Colossuses – everyone knows what an excellent control app is like, thanks to their familiarity with those from Apple, Sonos and so on, and it can be hard for firms with restricted resources to match up. Sure enough, the Series 3 control app isn’t absolutely state of the art – but it’s comprehensive, and more stable than some of Linn’s most direct competitors can manage. As a consequence, it’s more usable and less frustrating than quite a few I could mention.

For all Linn’s willingness to explore different materials, shapes, and interfaces with Series 3s, though, it doesn’t seem prepared to compromise in the slightest where sonic characteristics are concerned. Use Roon to access a networked 24bit/192kHz mono file of Frank Sinatra’s magnificently unhappy In the Wee Small Hours [Capitol] and it’s apparent. Nelson Riddle’s arrangements sound as lush and lyrical as ever, the casual precision of Sinatra’s vocal is absolutely packed with detailed information. The result is a presentation that’s as elegant and effortless as one might expect, yet meticulous in its control of the attack and decay of individual sounds.

There’s nothing prissy or overly analytical about the way Series 3 sounds, but the speaker nevertheless wants you to appreciate you’re getting the full picture. From the deep, textured bass foundations of The Hold Steady’s Stay Positive [Rough Trade] to the crashy, splashy top end, organisation is straight-edged and almost fanatical. And in the midrange, which on this album is an audio fistfight between guitars, voice, backing vocals, organ, and piano, there’s more breathing-space and elbow-room than frankly sounds possible on lesser wireless speakers.

Linn’s Exakt technology is every bit as effective here as it is far higher up the company’s product range. Timing is unquestionable – the Series 3 presents David Axelrod’s Songs of Innocence [Capitol] as an utterly unified whole, with each disparate element hanging from the rhythm section contributions of Earl Palmer and Carol Kaye. The delivery is reminiscent of a military parade or the murmuration of starlings, inasmuch there are numerous discrete elements all locked together, displaying common purpose and moving in unshakably sympathetic style. Axelrod’s infatuation with sinuous-electric-psychedelia-meets-luxurious-string-arrangement sounds more straightforwardly correct and balanced here than via any other wireless all-in-one.

The restless dynamics, both broad and low-level, of Miles Davis’ On the Corner [Columbia] pose no problems either. Series 3 is a poised, tonally convincing listen, and it puts worthwhile distance between ‘very quiet’ and ‘very loud’. That said, it doesn’t have the out-and-out scale of Naim’s Mu-so 2nd Generation or the aforementioned Devialet Gold Phantom. That’s not to suggest Series 3 doesn’t breathe deeply enough, mind you, simply that those two are extremely powerful. And Series 3 manages to stay in control of its soundstage even when operating at significant volume, which is an impressive feat in its own right. 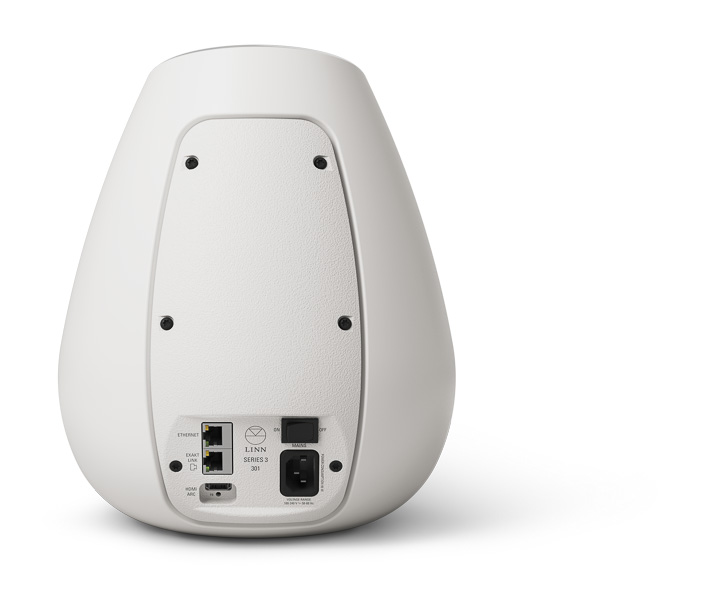 Series 3 has demonstrated some isolated instances of dislike for the occasional Android smartphone – Linn is promising an imminent ‘maintenance  release’, but prospective owners might want to check their particular Android smartphone’s Bluetooth compatibility with Series 3. Because other than that, there’s no reason to leave it off your shortlist. When some enterprising video streaming services gets around to making The Linn Story (as they surely must), Series 3’s place in the montage seems assured.