Innuos’ range of ZEN music servers each have their specific niche, that perfectly suits significant parts of the audio enthusiast market. As its name suggests, the Statement speaks to the high-ender who has a cost-no-object approach to audio, while the ZEN range covers everything from those dipping their toes in the music server world to those seeking a useful high-end solution. As befits the magazine, we’ve tended to look more to the top-end of the Innuos tree, but in many respects the humble entry ZENmini is the device that has the toughest job to do, because it will have to fill in so many different gaps in audio systems.

The ZENmini Mk 3 is the most flexible Innuos product to date. Where the more up-scale models are designed to output purely to USB or Ethernet (because the assumption can be made that the prospective ZEN, ZENith, or Statement user has a network streamer or USB-supporting DAC), the ZENmini Mk 3 makes no such reductionist decisions. The ZENmini Mk 3 might be used in a networked system with one user, into an older DAC with only coaxial S/PDIF connections, into a music system that only has a TOSlink optical input, or to replace a CD player in a system with an amplifier that only has line-level RCA inputs. Moreover, because of this multiplicity of potential audio system options, the ZENmini’s interface needs to reflect a wide range of users, from the tech-savvy enthusiast who dreams in TCP/IP right down to someone who considers the ZENmini Mk 3 to be their first musical venture into the 21st Century. 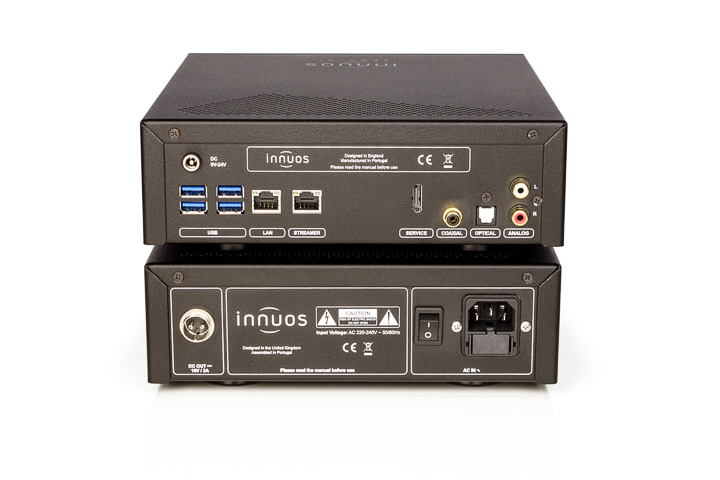 The ZENmini Mk 3 is a small ripping server with 1TB of WD Red hard disc as standard (you can configure it to have up to 8TB of on-board storage). It runs off an Intel N4200 Quad Core chipset with 4GB of RAM, making it on a par with an entry-level laptop in raw computing power. As with most music servers, there ain’t much to see. The half-width cases of both ZENmini Mk 3 and LPSU are almost identical, with the same gently angled front panel with a power button in the bottom right corner. Aside from the obvious slot-loading CD drawer in the ZENmini Mk 3, they look interchangeable from the front. There are no other displays and the ZENmini’s music playback, handling, and management are all removed to either a computer, a tablet, or a smartphone. It’s here, too, where Innuos needs to demonstrate a lot of flexibility. Some will want this to run under its own steam, some will want it to be controlled by a third-party controller like Linn’s Kazoo, some may even want it to operate as a Squeezebox server, or a Sonus server, or even a Roon server. And the ZENmini Mk 3 addresses all these avenues with almost equal aplomb.

The ‘almost’ part comes from the fact the company‘s products are so commonly used with third-party streaming systems, its own apps have taken a bit of a back seat compared to the demands made to ‘get products out the door.’ The company’s own app hasn’t been a major concern because so many ZEN products were used in Linn and Naim systems, where an app was almost surplus to requirements. That’s changing, however, and the company is developing an app. Meanwhile, apps like iPeng Playback (iOS) or Orange Squeeze (Android) fill in the gaps in the meantime.

For the most part, the ZENmini runs entirely under its own steam. Ripping a disc generally involves little more than putting a disc in the slot, waiting a few minutes, and taking it out again. The ZENmini does all the heavy lifting. It doesn’t go down the route of comparing to online absolutes, because accurate rip systems do not necessarily point to the optimum version of the recording.  It does allow the user a fair degree of editing a ripped disc’s metadata should you wish to go off piste, but in fairness, the ZENmini Mk 3 got things right more often than not. The joy of this is the ZENmini shares the same basic library management system used by all Innuos products, and unless you want to configure your music library in a weird manner, it works in a very logical way. Configuring the ZENmini Mk 3 to talk to Tidal, Qobuz, or Spotify is easy and quick too. In short, the ZENmini Mk 3 does what all good servers should do; act invisibly, letting other products in the chain do their jobs well. 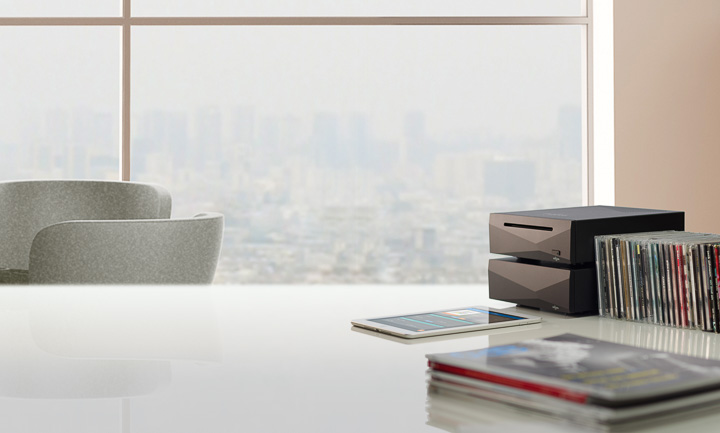 Sonically, the ZENmini Mk3 varies according to output. It’s routinely excellent through USB and Ethernet, very good through optical and coaxial
S/PDIF connections, and pretty decent through its phono outputs. If you are looking for a direct replacement to a good CD player, I’d wager that the built-in DAC is more of a stepping stone than a destination in its own right, as it does sound a little ill-defined in the bass and the image is less precise than you hear from its own digital outputs. In this respect, I compared the interestingly ethereal ’Alafin’ from the eponymous Iranian-Cuban Ariwo LP [Manana], and the almost tribal drumming was handled well in both cases, but the ZENmini Mk 3 had less of a sense of location in three-dimensional space. However, the versatility of the ZENmini Mk 3 scores points there.

This was with the ZENmini Mk 3 running from the standard supply. Adding the LPSU (which is what it says, replacing a switch-mode power supply with the kind of multi-way linear supplies used in Innuos’ more up-scale devices) brought small, but significant improvements to all outputs, even if that pecking order remains unchanged. With the LPSU, the ZENmini Mk 3 moved from ‘good general purpose music server’ to ‘low-cost musical powerhouse.’ Some really forensic comparison between the ZENmini Mk 3 and the likes of similar sized Melco and Naim models that cost considerably more showed just how good the ZENmini Mk3 can be. Sonically, there are still reasons these higher-end devices (including those from Innuos itself) reigned supreme; all other things being equal, there is more leading-edge information and better image solidity to be had when playing Rachmininov’s ‘Symphonic Dances’ [Zinman, Teldec 16/44 rip] with the more upscale players, but this only really became apparent under close and careful comparison. In real-world terms, you would struggle to hear big differences in performance between the ZENmini Mk 3/LPSU combination and some really big hitters in the server world.

Limitations are few and far between. In real-world terms, the big one is you are going for some real network heavy lifting (say, streaming multiple DSD files from an on-board Roon server), bigger is better; the ZENmini Mk 3 will rise to the challenge, but the bigger boys in the Innuos catalogue are better suited to such tasks. But once again, this is more down to ‘you get what you pay for’ than criticism of the product.

Most UK reviewers now have some kind of dedicated hardware streaming platform, be it a Naim, a Melco, a Roon Nucleus, an Aurender, or even an Innuos of some description. Truth to tell, we use them rather a lot, even though an increasing number of new recordings come from Tidal or Qobuz rather than as CDs to play or rip. And, where most of us have devices far more upmarket and elaborate than the ZENmini Mk 3, I dare say many of us would be more than happy using this server with its power supply. It wouldn’t seem like ‘slumming it’ either. This is a cogent, powerful server that is both upgradable and very good in its own right. What’s not to like? 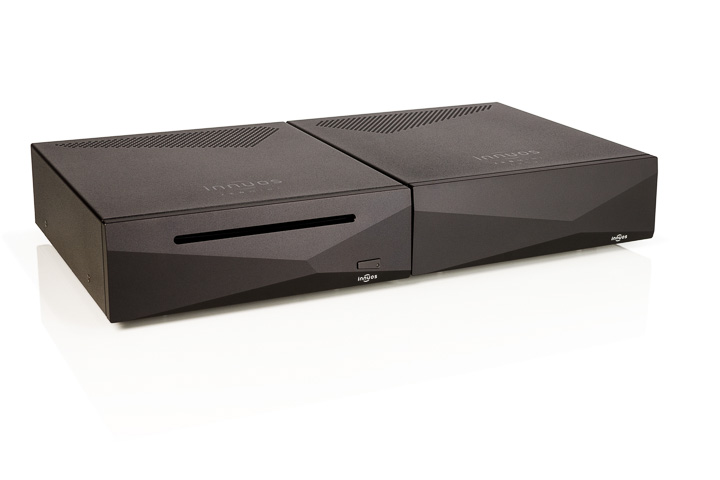 Back up connection: USB (x3)

The Rails – ‘This record is definitely more us…’