I don’t like to make reviews personal, but this has to begin with an apology… and a rant. I’ve been sitting on the review of the iFi Audio ZEN range for too long; it was one of those products that slipped through the net too many times and this review should have happened six or more months ago. No excuses, no caveats… They were boxes on my ‘to do’ list that stayed on my ‘to do’ list and that was wrong.

Now the rant. Audiophiles remain dismissive of Bluetooth, even in the light of products like the ZEN Blue. This review will engender the same mealy-mouthed whine about Bluetooth audio from a part of the community, and it’s at best based on very outdated notions of how Bluetooth sounds and something entirely not applicable to the sound of the ZEN Blue. 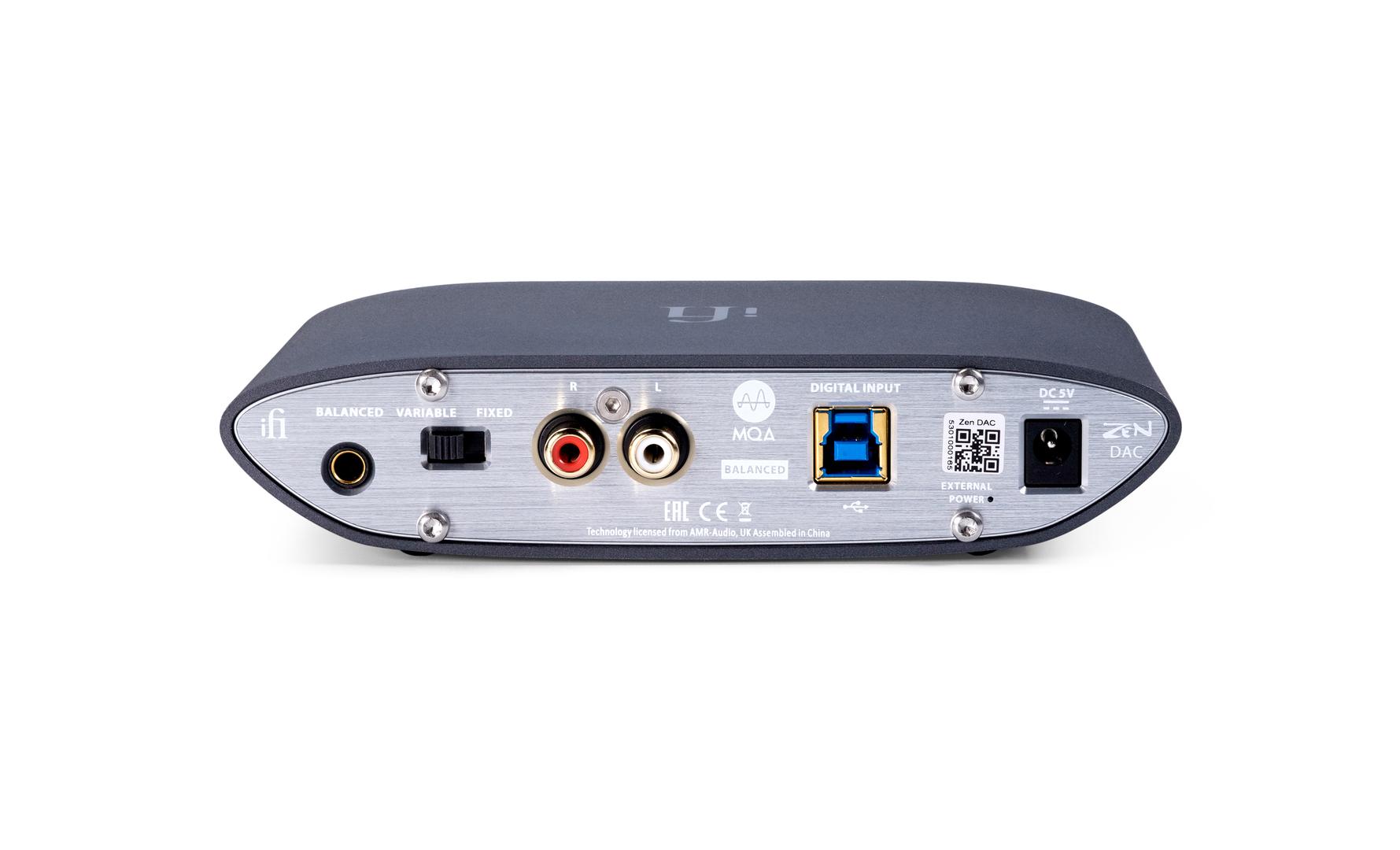 The iFi Audio ZEN DAC and ZEN Blue are effectively almost identical in form factor; a small, elegant brushed aluminium and gunmetal grey loZENge, that is deceptively hefty. The size precludes the use of XLR outputs for balanced audio use, and instead a 4.4mm Pentaconn jack socket is provided requiring break-out cable (not supplied in either ZEN product).

As the name suggests, the ZEN Blue is a Bluetooth DAC; it can accept up to seven Bluetooth inputs and outputs to either S/PDIF (coaxial or optical output) or balanced or single-ended analogue outputs. Pairing is simple (just press the button on the front panel and look for ‘iFi Hi-Res audio’ in your list of available devices on your phone or tablet). The ZEN Blue is the only such product to cover all the ‘high-definition’ Bluetooth codecs – aptX HD, aptX Adaptive, LDAC and LHDC – thereby ensuring that whatever the sources device, you’ll get the best possible sound quality its Bluetooth specification will allow. The ‘HD’ codecs are all 24-bit-capable; in terms of sampling rate, the aptX codecs support up to 48kHz and LDAC/LHDC reach 96kHz. The ZEN Blue is intended to act as a ‘Bluetooth receiver’ to add wireless streaming over Bluetooth at the highest possible quality to a system that doesn’t currently offer the facility. Or, to upgrade the Bluetooth performance of a component or system that does have Bluetooth reception but, as with the vast majority of Bluetooth implementations, is basic and outdated.

The ZEN DAC offers a different – but no less relevant – take on digital conversion. It’s a USB DAC with balanced (via jack) and single-ended analogue outputs at the rear and either a 6.3mm jack socket or a balanced 4.4mm socket for headphone users on the front, and the central volume knob controls the headphone output. The front panel has two additional buttons; ‘power match’ (lowering the gain for users of super-sensitive IEMs) and ‘True Bass’ (a bass boost for IEMs and open-backed headphones that might be a little on the bass-light side). In terms of formats, it ups the ante with PCM resolution to 24-bit, 384kHz, DSD256 and MQA replay options.

Both are designed for inherent (Zen-like) simplicity, with a single input pathway (Bluetooth or USB), no fuss installation and ease of use. The nearest they get to ‘bling’ is that both display the format played through an understated coloured LED output on the front panel. The only real downside to this is if you decide to opt for both, you will take up two amplifier inputs; in this case at least, ZEN does not speak to ZEN. However, all that elegance and ease of use doesn’t mean the ZEN cannot be upgraded. Both devices use a plug-top (wall-wart) power supply (although the ZEN DAC is powered from USB by default), and both can be upgraded by the iPower X PSU (supplied, but not shown). This is basically a wall-wart made to a far higher specification with better components, improved input and output capacitance throughout and a natty light-show. It also features ‘Active Noise Cancellation 2’, which uses a phase-inverted noise signal (in the manner of noise-cancelling headphones), meaning the power it feeds the DAC is far cleaner than the original. It’s good enough to be a ‘must buy’ at initial point of purchase… although you might want to surprise your ZEN Blue or ZEN DAC with a Christmas or birthday present to both of you. For the sake of clarity, however, I’m going to review the products as they come out of the box. 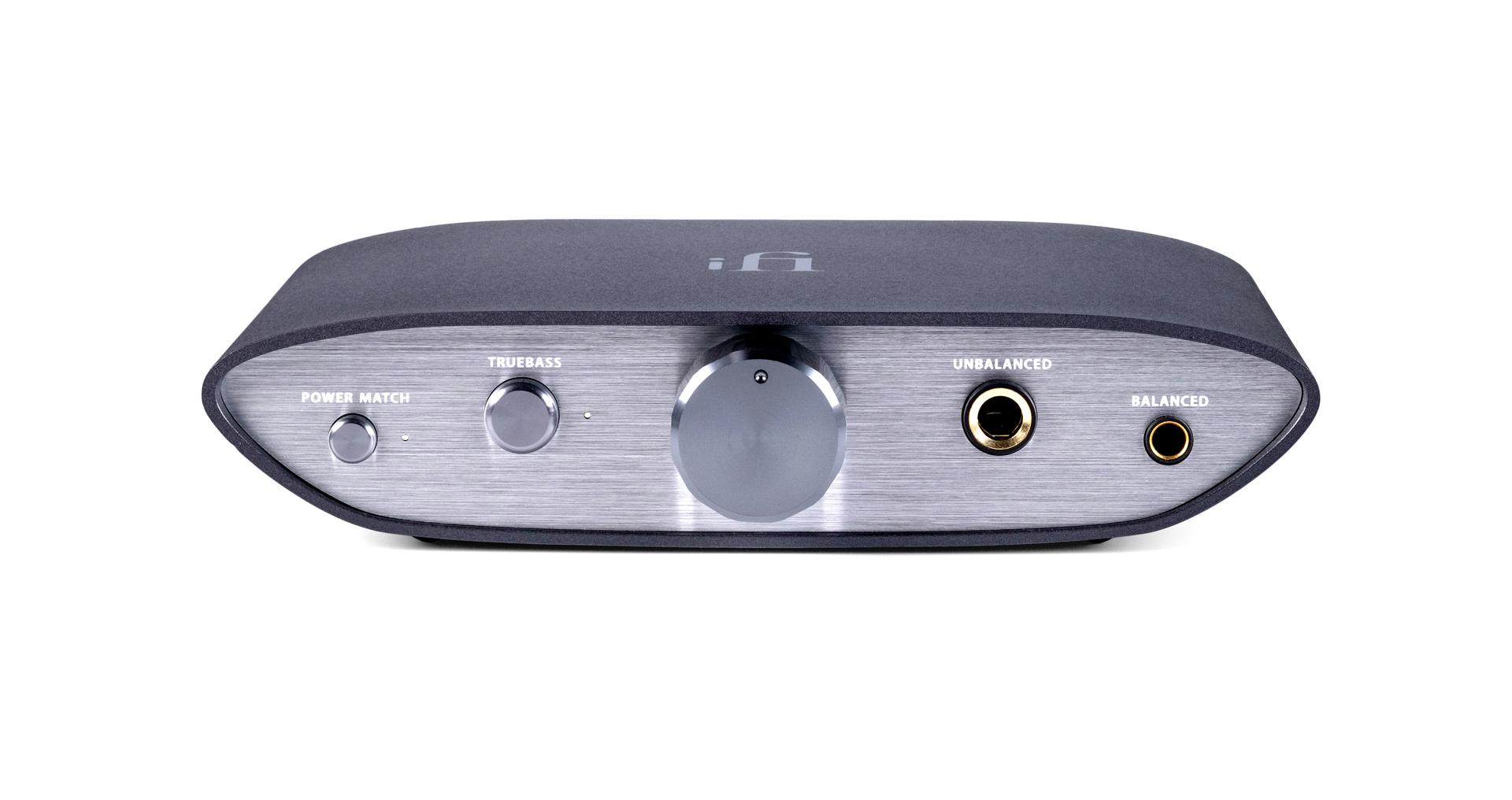 In fairness, the two units have a lot in sonic common, exposing the myth that the DAC chip defines the sound of a converter (the Blue uses an ESS chipset, while the DAC sports Burr Brown devices). In truth, I’m not that convinced that the brand of chip is that important and the commonality of sound of both these devices only serves to reinforce that notion; the skills of the digital engineers in making the DAC potentially outweigh the chipset to such a degree, it’s like defining shoes by the make of shoelaces. In both the DAC and Blue, iFi Audio has delivered a pair of devices that are richly detailed, precise, and musically entertaining. Granted, audiophiles will likely gravitate toward the DAC as it bristles with high-resolution formats where the Blue tops out at 24/192, but if they listened with ears instead of numbers they’d find the quality of high-grade Bluetooth extremely acceptable.

An acid – if personally overused – test here is unleashing Joyce DiDonato lungs at a converter; this time her recordings from Stella di Napoli [Erato]. Any lack of detail, high-frequency purity or extension, dynamic range, clarity or stereo separation is exposed harshly by the quality of her voice and the recording, and neither the Blue nor the DAC disappointed. This was a pleasant surprise at the price, but a pleasant surprise squared when listening to her voice through a Bluetooth connection, as typically the products that can deliver that kind of performance wirelessly have an extra ‘1’ tacked on the front of the price tag.

If you are really forensic in your listening, the DAC is ‘detailed and fun’ where the Blue is ‘fun and detailed; in other words, the differences between the two are at best subtle, and in both cases the sound ‘works’ from an audio nut and a music lover’s perspective. Although both resolve a lot of detail in the midrange and beyond, neither leaves the bass wanting and both deliver a sonic performance that is inherently accurate from top to toe. If you do the comparisons with ‘anointed one’ converters that cost a lot more, you’ll find the stereo separation and ultimate detail slightly wanting in absolute terms, but given the cost of both ZEN devices (and two upgraded power supplies) is less than the cost of cables used in that kind of top-end setting, those absolutes are fairly lofty goals. At their prices though, they are ironclad best in breed devices.

The DAC does have a headphone socket or two up its sleeve, and these too acquit themselves incredibly well, having the sort of weight to the sound that so many affordable combination DAC/headphone amp systems lack. Of course, this is best felt when playing something like ZZ Top’s ‘La Grange’ [Tres Hombres, Universal – London] but is more than just a must have for graunchy guitars and powerful drumbeats. Everything from string quartets to spoken voice benefitted. If I am being completely honest, some of the lower-end combination amp/DACs don’t justify their inclusion over the built-in devices in a typical modern laptop; the ZEN DAC is one of the exceptions.

Perhaps most of all, there’s a sense of not too much in the way between you and the music here. These are no-nonsense digital devices with the flexibility needed to meet their requirements perfectly, without additional ‘flummery’, and they have a sound to match.

Both converters cut to the quick of the sound, exposing an expressive and musically entertaining core in

the process. Higher-end products add more resolution, but sometimes at the expense of that refreshing directness of sound. The ZEN devices put you in with the music and that makes them very hard to beat, especially at the price.

The best digital converters can keep very good company in terms of system, and using that criteria, both the iFi Audio ZEN Blue and ZEN DAC are very good digital converters thanks to a great sound in two very easy to recommend packages. Dismiss them – and Bluetooth audio – at your peril.