Digital Loudspeaker of the Year

A wholly new category for this year, so why not pick the leader of the pack? The rise in wired or wirelessly connected, active loudspeakers has been hard to miss in recent years, but many of the models in this category tend to be at the lower end of the spectrum. They remain a great way of getting music into and around the home, connecting as they do with both Bluetooth on phones and tablets, and to the home network for on- and off-line streamed musical content, and more.

Devialet’s original Phantom was, to our ears, more an interesting project than a potential audiophile system, but in the latest Gold variant – with its completely new tweeter, revised DAC, and beefed up hybrid Class A/Class D amplifier design delivering 4.5kW peaks – it is a very different proposition. In his enthuiastic review, Alan Sircom concluded that, “the Gold Phantom should be considered one of the best ‘bridge’ products in audio. It is the product that brings 21st Century audio levels of ease of use to audiophiles, and it is also the product that raises the bar for those more used to those convenient 21st Century audio products”.

Value Loudspeaker of the Year 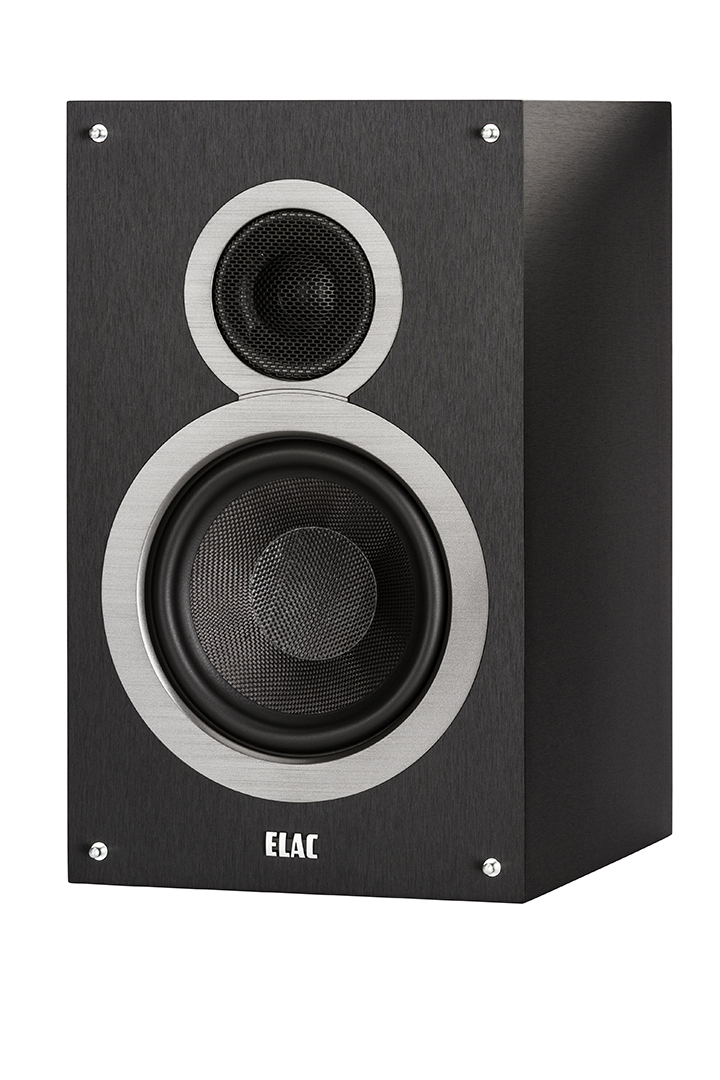 In his years working with KEF and more recently TAD, loudspeaker expert Andrew Jones has a long, glittering career of designing some of the best-loved loudspeakers ever made. But traditionally, his designs don’t come cheap. So when Jones moved to ELAC, it would have been logical to expect his first designs to be ultimate expressions of his design skills. And in the Debut B5, they were… just not in the way anyone might have imagined.

The Debut series was a chance to see what a truly great designer can do when working to a limited budget. The two-way, rear-ported standmount that resulted features a 25mm cloth dome tweeter coupled to a 135mm Aramid mid-bass driver, in medite cabinets with no internal bracing or damping. In our test, Chris Thomas noted that, “over the course of my time with them I continually forgot that they were so incredibly cheap. In fact nobody who heard them could believe it either. There’s a lot to be said for an audio system that just gets on with it and this was certainly it.”

Standmount Loudspeaker of the Year

To celebrate the company’s tenth anniversary, Vivid Audio designer Laurence ‘Dic’ Dickie went back to the first speaker he created for the company: the B1. He thought it was apt that after ten years in production this model should be given the anniversary treatment. It was also an opportunity to incorporate some of the things that he had learned in the intervening decade in designs such as the distinctive Giya line, as well as looking to the designs of other brands for inspiration. The curvy B1 Decade that resulted expands upon the benefits in pressure changes such a design delivers, as well as reaction (or force) cancelling driver arrangements, where the magnet systems of mid/bass drivers are on opposing sides of a cabinet, and braced against one another to keep them under control. Many of the other ideas introduced in the original Vivid B1 remain unchanged, including the tapered tube loading for both the 26mm aluminium dome tweeter and the 50mm aluminium dome midrange. These are joined by two 158mm metal coned mid/bass drivers (one firing forward, one back) with reaction-cancelling bracing. The magnet system was created for the bass unit on the Giya G4 and has a longer linear magnetic field than the standard motor on the Vivid C125 driver. The B1 Decade also B1 Decade also uses reflex ports positioned on opposite sides of the cabinet. These mean you can see straight through the speaker itself, and is another example of reaction-cancellation through symmetry. In our test, Jason Kennedy concluded that “the B1 Decade is special. It lets more of the music through by virtue of its balance and its spectacular timing. The fact that you can hear so much through it is rather good, too.” Just 200 will be made.

Floorstanding Loudspeaker of the Year

In the past, one new Wilson Audio loudspeaker would be launched few years, but Such is the rate of change at today that the Sabrina came hot on the heels of the Sasha W/P Series 2 and the Duette Series 2, then to be followed by the ALEXX, the Yvette, and soon the mighty WAMM – effectively one new product per year, every year. As we went to press, Wilson Audio’s hand-over from father to son was completed, with Daryl Wilson taking over the role of CEO as his father David stands down. In the audio world, however, few people retire, they just spend more time designing products! The Sabrina, however, remains something truly special; it’s the least expensive floorstander Wilson Audio has ever made and – judging by the number of electronics and turntable manufacturers fighting over being able to use a pair in their demonstrations, it’s clearly one of those loudspeakers everyone wants. It’s not hard to see why; the three way, rear ported design offers much found in larger Wilson designs, without the need for an absolutely micrometer-precise installation and equipment matching. Comfortable with electronics capable of delivering more than 50 watts per channel, the Sabrina deeply impressed Alan Sircom in test: “It’s the sense of seamlessness across the frequency range. Try hard to listen out for crossover points – I mean really try hard, like you are pretending at being an audio analyser – and you’ll struggle to hear points of inflexion, and in the real world of playing music – forget it!” He also felt the Sabrina, “has the large-scale sound that has made Wilson loudspeakers so successful, so much so in fact that if you close your eyes you’d swear there’s a bigger speaker in the room.”

Cost-No-Object Loudspeaker of the Year

To celebrate 15 years of YG Acoustics, the company will release its new four-tower flagship, the Sonja XV, both as a standalone project, and as a substantial upgrade for present Sonja owners. The XV is formally launched in 2017, but we’ve had exclusive access to the loudspeaker in time for a review at time of launch, and the overall performance is as impressive as its physical size would suggest. YG Acoustics really pulled the stops out on this one, introducing a wholly new ‘BilletDome™’ tweeter and a new CNC-milled ‘ViceCore™’ inductor system for the bass crossover network. With each tower standing as tall as the average American man, and the whole package weighing about the same as a Honda Civic, everything about the Sonja XV is designed for cost-no-object performance. In listening, we were surprised by the effortless, unforced treble performance, perfectly matched by a midrange, bass, and sub bass that redefine what is possible to be heard in an audio system.

Subwoofer of the Year 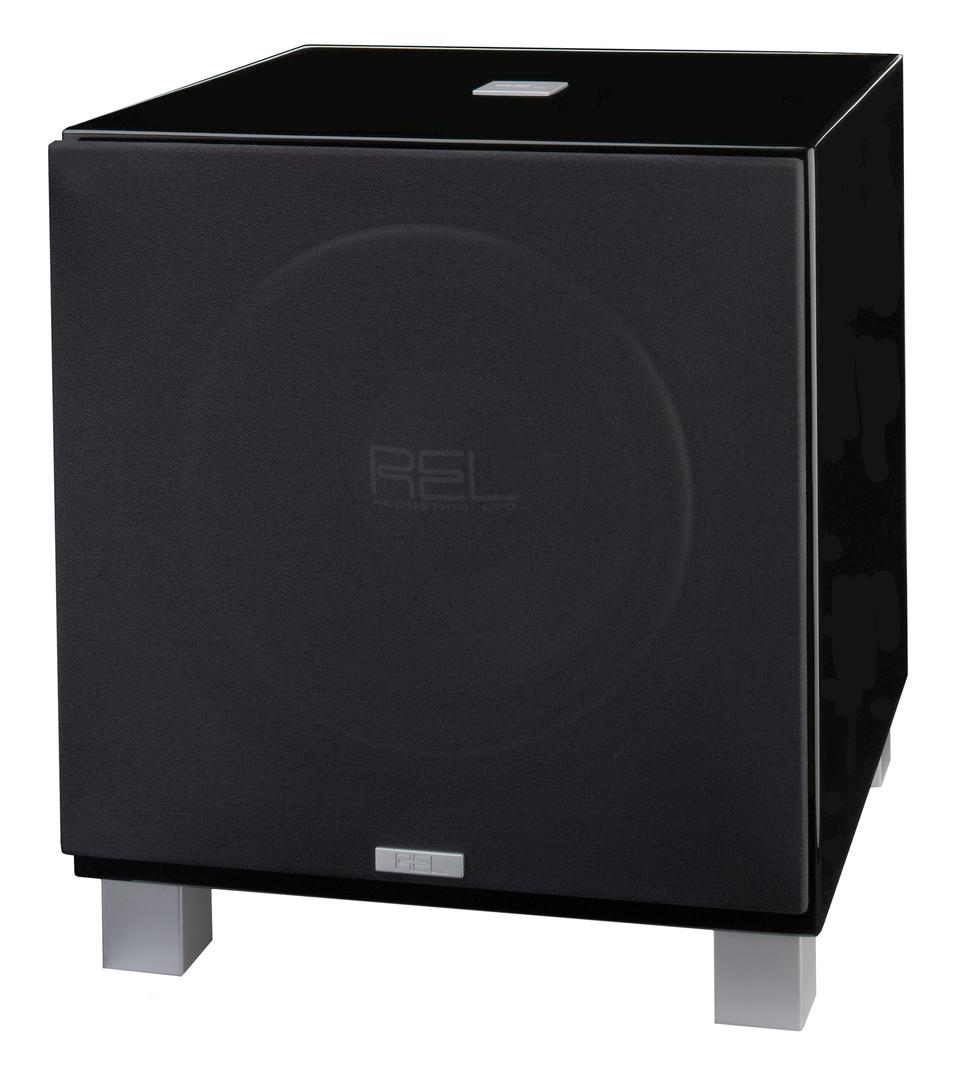 To some, the only thing better than a subwoofer is two subwoofers, and that was certainly the case when we tested the REL T/9i. While a single T9/i delivers the speed and depth we have come to expect from REL designs, the true strength of the argument comes when you use a pair of subwoofers, but not in the way you might expect. You see, carefully and cleverly used, two of these 300 watt powered subwoofers with a front-firing long-throw 254mm powered bass driver, and a similar downward-firing model used in passive mode, add up to more than the sum of their parts. Not only do they deliver all the bass and drive needed by sub-bass aficionados, but the two act more like active room treatment in the sub-200Hz region. In test, Alan Sircom said, “the T/9i – put simply – is your loudspeakers, but more so. Everything you like about your speakers is heightened; typically opening out the midrange detail, and adding a heightened sense of presence in the upper registers.”

Hi-Fi+ Awards: Innovation of the Year