Final is a well-regarded Japanese manufacturer of high-performance headphones and earphones; the company started out in 1974 as Final Audio Design under the leadership of the legendary audio designer Kanemori Takai. Sadly, Takai-san passed away in June of 2014, but his passionate and emphatically ‘music first’ legacy lives on in the firm’s new President and chief of product design, Mitsuru Hosoo. Under Hosoo-san’s leadership the company became simply ‘Final’ in 2015, while at the same time announcing its two most ambitious headphones to date: the flagship SONOROUS X (£3,699) and its sibling, the SONOROUS VIII (£2,299).

As anyone who has heard these top Final models can attest, they offer a rich, sumptuous, beautifully detailed, and supremely engaging sound that causes audio journalists to wax poetic on the subject of ‘musicality’. The SONOROUS X and VIII are headphones that music lovers could happily enjoy for hours on end, provided they could handle the cost of entry. But recognising that many music lovers are understandably price sensitive, we have chosen to focus our attention on one of the most affordable models in Finals’ SONOROUS-series line up: namely, the SONOROUS III (£299). 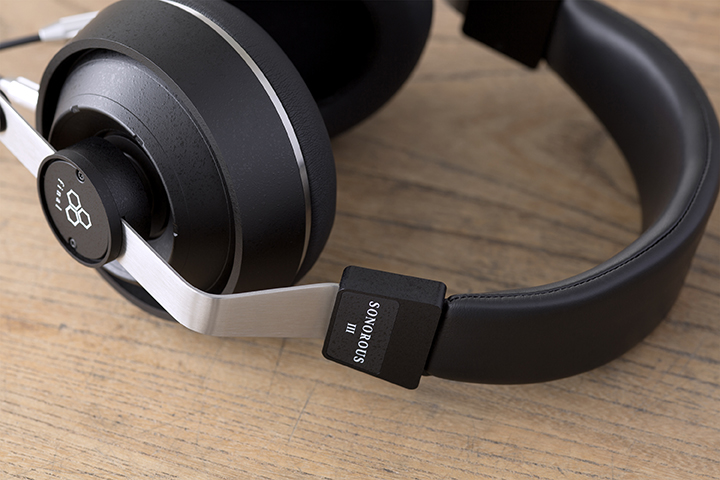 If you placed the SONOROUS X and SONOROUS III on a table side by side, you would immediately see that the two share the same general frame, headband, and ear cup designs, although the SONOROUS X is executed using far more exotic materials. For example, the X features precision made and highly polished stainless steel and aluminium ear cups (and other frame and driver baffle components), whereas the III uses less costly and more commonplace moulded, textured ABS ear cups (this is the same sort of material often used to form modern camera bodies). Stated another way, the SONOROUS X looks as if it was crafted for royal users, while the SONOROUS III—pleasing though it is—has what we Americans would call ‘the common touch’ (a term we intend as praise, by the way). Even so, the general shape and overall industrial design of the two models is strikingly similar

On the inside, still more similarities become apparent. The SONOROUS X uses a 50mm dynamic driver with a finely crafted titanium diaphragm that is integrated with a rigid front plate assembly machined from billet aluminium. The significance of this design says Final, is that it at once suppresses unwanted resonance while at the same time enhancing clarity. Realistically, you wouldn’t expect the SONOROUS III to use the exact same driver as the SONOROUS X and it doesn’t; however, Final points out that the III does use, “the same diaphragm employed with SONOROUS X”, although with a front plate moulded from a “hard resin that is comprised of hard polycarbonate strengthened with 30% glass added to it.”

Both models use Final’s signature BAM (Balanced Air Movement) mechanism said to optimize, “the balance of pressure at the front and rear diaphragm”, and Final adds that the, “SONOROUS III has been tuned to an extremely accurate level based on new knowledge/expertise gained from development of the SONOROUS VIII and SONOROUS X.” My point is that despite the substantial pricing gaps involved there are strong and obvious familial ties between the SONOROUS III and its premium-priced big brothers. 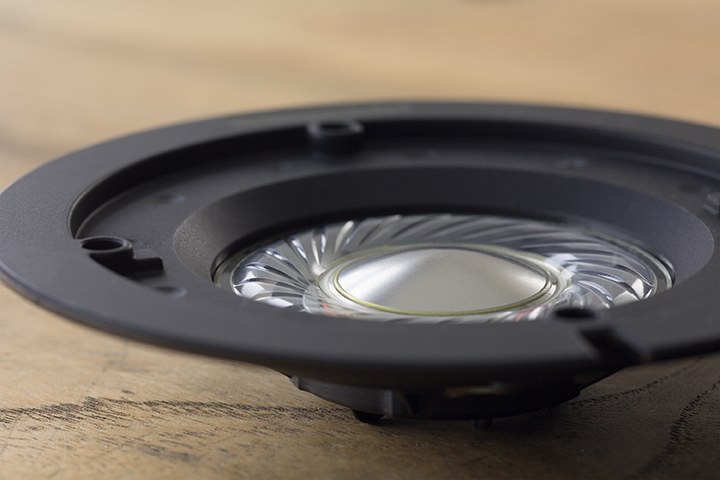 The SONOROUS III arrives, as do all SONOROUS models, with a set of very high quality, user replaceable signal cables fitted with beautifully made polished metal termination plugs. On the headphone end the plugs are terminated with Final’s proprietary Final twist-to-lock bayonet connectors.

Interestingly, Final has discovered — as have several other headphone manufacturers — that both the dimensions and material composition of ear pads can have a substantial impact on the headphone’s sound. For this reason, SONOROUS models feature pads that use a flexible synthetic leather material and carefully chosen sponge padding materials (with apertures on the interior and exterior of the pads) that Final claims help make for, “clear sound quality with sealed headphones.” 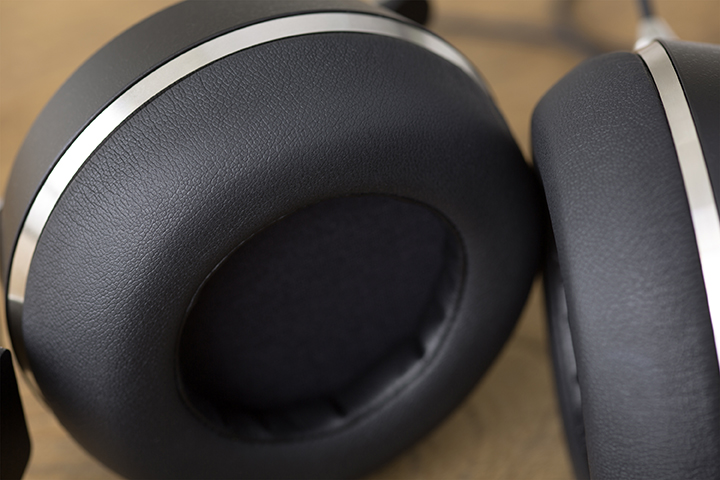 The SONOROUS III ships as standard with a set of the firm’s D-series pads, which are relatively thick and very well padded, but our review samples also came with a set of the firm’s optional B-series pads, which are somewhat thinner than the standard pads (thus placing the drivers slightly closer to the wearer’s ear), but are otherwise similarly constructed. Do the alternate pads have much impact on the perceived voicing of the SONOROUS III? Indeed they do.

In a real way, this review entails a description of two similar, but not identical, headphone models: the SONOROUS III as shipped with its standard ear pads and then the SONOROUS III fitted with Final’s ‘B-series’ pads. When the SONOROUS III first arrived it offered a rich, warm, comfortable sound that delivered good but not yet great levels of resolution, nuance, and dynamic expression. Final recommends, giving its full size headphones 70+ hours of run-in at moderate volume levels—a step that I found made a dramatic difference in the headphone’s sound. Post run-in, the SONOROUS III opened up considerably, achieving higher levels of transparency than it had initially shown, while also serving up noticeably higher transient speeds, and an all-round increase in dynamic expressiveness, agility, and nuance. In short, giving the headphone adequate run-in time enables the inherent excellence of the SONOROUS design to shine through.

In standard, as-delivered form the SONOROUS III exhibited five noteworthy sonic characteristics. First, it offered deeply extended and powerful, (albeit somewhat elevated) bass, with plenty of pitch definition and transient impact. Second, the headphone’s midrange was positively luminous, possessed of a vibrant, expressive, and downright soulful quality—a quality the SONOROUS X also provides, though in an even more dramatic and refined way. Third, the III provided extended, but never overly bright, treble response with an uncanny ability to resolve finely filigreed high frequency details. Fourth, the headphone demonstrated effortless transient speed—a quality most evident when listening to the leading edges of notes or when enjoying complicated, rapid-fire musical passages. Finally, and this is a really important point, the SONOROUS III offered a satisfying quality of coherence or cut-from-whole-cloth integrity—an area where the SONOROUS III rivals and in some ways surpassed, the performance of a number of today’s more affordable planar magnetic designs.

The only drawbacks (and they are minor ones) involve the fact that some listeners might wish for headphones with slightly less elevated bass or that offered a slightly more midrange/treble-forward sound, so as to give greater emphasis to transparency, nuance, and resolution. This, however, is precisely where Final’s ‘B-series’ ear pads come in.

Swapping out ear pads is a simple, two-minute process and once I had the B-series pads installed I felt that they transformed (and for my tastes, improved) the sound of the SONOROUS III in several meaningful ways. First, they mitigated the headphone’s degree of bass elevation, while still leaving a deep, impactful low-end intact. Second, they gave the headphone a very slightly more midrange/treble-forward sound that made the SONOROUS III’s resolution, delicacy, and finesse even more apparent, yet without disturbing the quality of natural warmth that makes the headphone so enjoyable for long-term listening. In a nutshell, then, the B-series pad made an already excellent headphone even better. 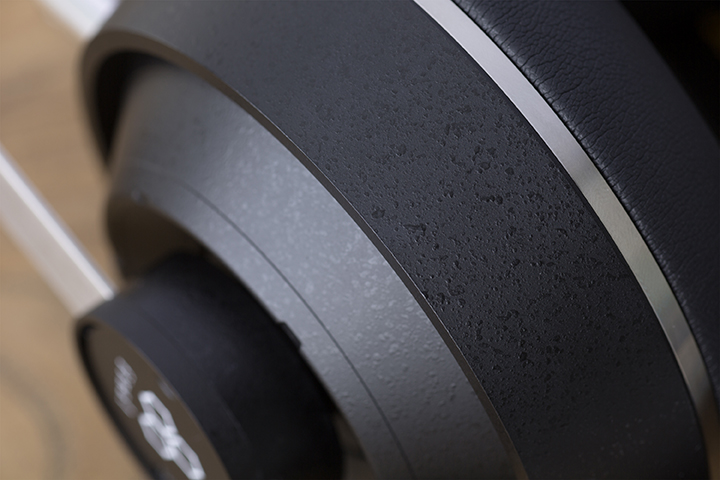 To enjoy these qualities in action, try listening to Mark O’Connor’s Fanfare for the Volunteer [Sony]—a composition that combines, in equal parts, passages of full frequency-range orchestral bombast with light, lithe, and delicately-phrased string passages (complete, of course, the O’Connor violin solos). The SONOROUS III had more than enough moxie to handle full-tilt orchestral swells and low-percussion outbursts, yet an ability to shift gears in an instant to handle subtle, quicksilver string passages, deftly capturing all their delicate, fleeting moments of inflection and expression. I’ve heard other headphones do this before, but not ones at this price point.

If you’ve ever yearned for the multi-faceted excellence of top-tier headphones such as Final’s SONOROUS X, yet have found their four-figure price tags daunting, the very good news is that the SONOROUS III can take you a surprisingly substantial way toward the sonic mountaintop at an accessible, Everyman price. The miracle, quite frankly, is hearing how much of the flavour of Final’s top model carries through into the SONOROUS III, which is why this headphone is both a sonic treasure and an outright bargain.