Let’s start with the T/9i itself. The top dog in REL’s new core T/i series, the T/9i is a solid square piano gloss cube with a new front firing 254mm long-throw drive unit with a steel chassis and a large inverted dust cap. This is joined by a matching 254mm downward firing passive radiator. Adding depth to the cabinet makes the cabinets act like a concert hall, designed to properly dissipate rather than propagate the back wave. 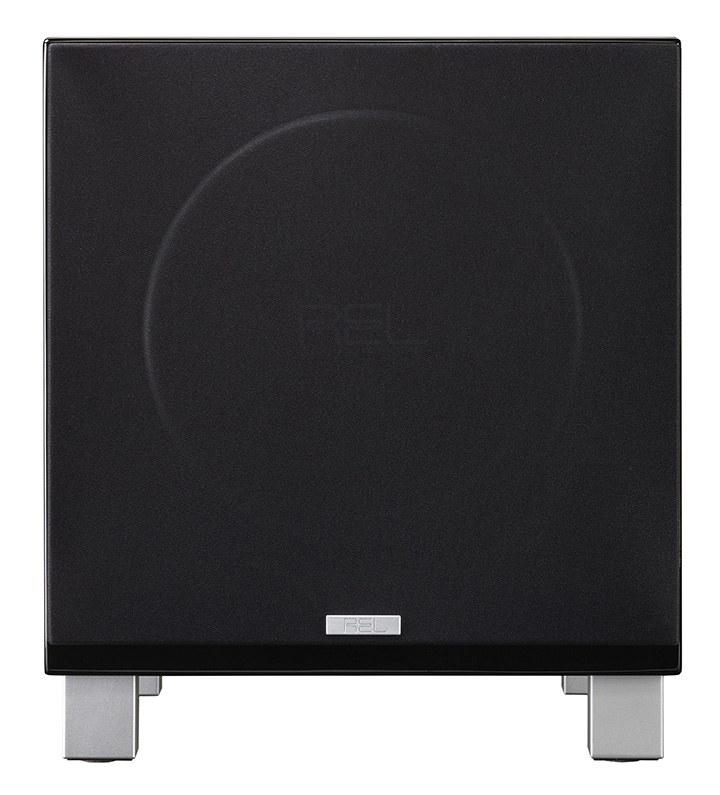 Additional cabinet wall mass was needed to keep up with the new drivers and so these cabinets are now a full 25mm wall thickness, which accounts for the tremendous solidity one hears in the sound of a T/9i. The rear of the T/9i is taken up by a panel containing the 300 W amplifier with high and low-level inputs, a high-level output, and controls for volume and crossover point. Traditionally, home cinema users run a line level phono cable to the low/LFE input, while audiophiles run a high level input from the speaker terminals to a Neutrik Speakon connector. This cable is supplied, and is typically connected at the loudspeaker end using three flying wires that connect to both of the left and right positive loudspeaker terminals and one of the negative terminals. An uncompressed wireless ‘Arrow’ connection is also available at a premium. Ignoring Arrow, adding a second subwoofer means tying together the left and right positive flying leads, and using this connector more like a conventional loudspeaker cable. So the right subwoofer is connected to the right channel, and what’s left is left. You know what you’re getting with REL; a fast, taut, and deep bass that manages to keep up with the speed of your loudspeakers. Unlike most subs, REL goes after the precision and subtlety in bass, rather than quantity and level. This is what makes the brand so attractive to audiophiles; rather than simply adding more bass, these subs simply add an underpinning of bass reinforcement, allowing the loudspeakers to act more openly and engagingly in the upper registers. Paradoxically, a well set up REL may end up producing a sense of less bass, but the degree of control it offers over the bass entirely justifies its inclusion. The T/9i extends that authority and control over the bass, however it is also powerful enough to lessen that sense of losing bass energy. The T/9i – put simply – is your loudspeakers, but more so. Everything you like about your speakers is heightened; typically opening out the midrange detail, and adding a heightened sense of presence in the upper registers.

You would think, then, that adding a second T/9i would extend the bass and open out the midrange still further, and to an extent it does just that. However, the action of placing two well-engineered subs in the room seems to act on the room itself. A lot of the room-generated problems in audio fall into the sub 200Hz region, and typically require bass traps to tame the lower frequencies. These, it must be said, are often large and not what you might call domestically friendly. Placing an active device that works in precisely that sub-200Hz region that works to control that part of the output has a transforming effect on the sound of your system. And even two of them are small enough not to dominate the room.

This works by installing the T/9i in precisely the places where traditionally you shouldn’t place loudspeakers – the corners of the room. It also works by very careful listening tests, and having the testicular fortitude to be able to own two £900 boxes that you turn down to the point where they are all but inaudible. And it’s here where things go wrong for most systems, and why subs get a poor rap in the audio world. The idea of a subwoofer as bass tamer and active room treatment device seems counter intuitive, and the temptation to set a pair of subs up by using organ music, cinematic explosions, or dubstep is almost unavoidable. But do that and you will invariably set the T/9i (or any other sub) too high.

Staying with the counter intuitive, you should do this more considered setting up procedure even if the sole purpose of buying the subs was to satisfy your basshead desires. Ultimately the REL T/9i duo are bringing more bass to the system, but they are also bringing control; so those deep bass notes will have more energy, more clearly defined ‘shape’, and greater texture. OK, so you will probably end up with the subs set higher than most people, but going through the process is rewarding and produces a better bass than simply turning everything up to 11 and judging bass by the number of loosened screws and evacuated bowels.

To install this way, play something more subtle and simply recorded that you know well – James Taylor is surprisingly good for this, because his recordings are usually quite sparse, yet well recorded with good, but not exaggerated bass – and listen out for the tonality of the midrange voices and instruments. There is a Goldilocks point between where the subs are adding just too much thickness to the lower midrange and when their action becomes almost completely inaudible, and when you hear it, it’s like your room just got bigger and your loudspeakers just got more accurate and insightful. This applies unilaterally: if £1,800 worth of subwoofers can improve more than £20,000 worth of Wilson Duette 2, you know they are on to something.

Whether it was ‘running in’ or my ears needing time to adapt to the new soundfield,  I found turning the T/9i subwoofers down a notch a couple of weeks after the first install was hugely beneficial, because it brought the system into an even tighter Goldilocks spot. At which point, a lot of the bass boom in the room seemed curtailed and the loudspeakers could get on with just doing their job. 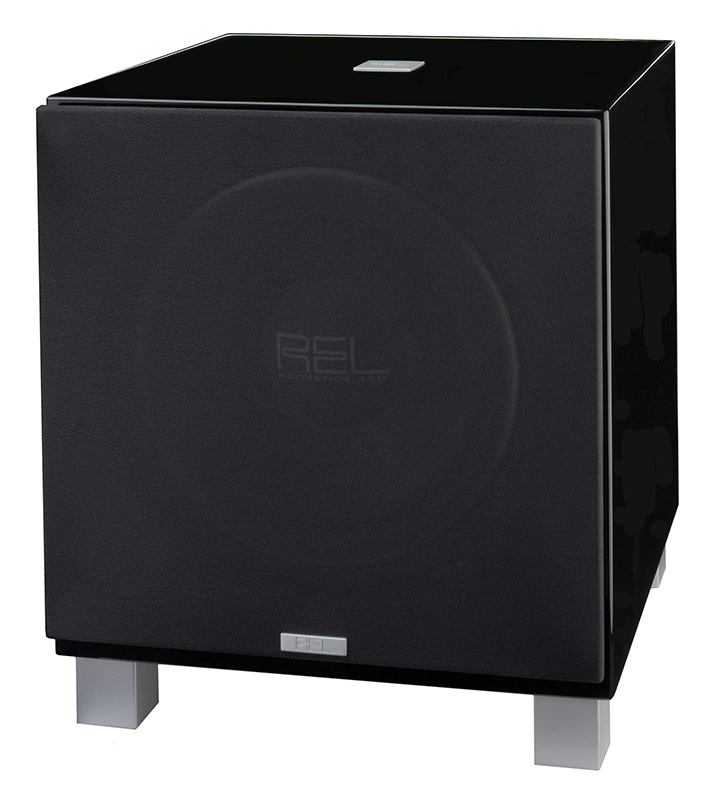 REL’s T/9i is an excellent subwoofer for the audiophile. It’s capable of making big bass noises, but is also more than capable of freeing up the loudspeakers and liberating them from the dictatorship of the room. While there is no substitute for huge bass traps and other room treatments, a pair of T/9i get you most of the way there without the domestic angst room treatment can cause. Highly recommended.