While BOGOF has an undeniable ring to it, BOGTF is just so much better – even if it is unpronounceable. That might have stood in the way of the wider advertising industry, but it hasn’t discouraged Exposure: when it comes to upping the versatility and value stakes, its new XM CD player really is three rather fine products in one. Of course, delivering rather more than meets the eye tends to be something of a digital speciality, with apparently plain fascias concealing a rear panel packed with every socket imaginable – and often a few that defy any useful application. But that’s not the nature of Exposure’s pint-sized CD player, which is all business and no frills. At £1,200 it might just be the right box, in the right place, at the right time. 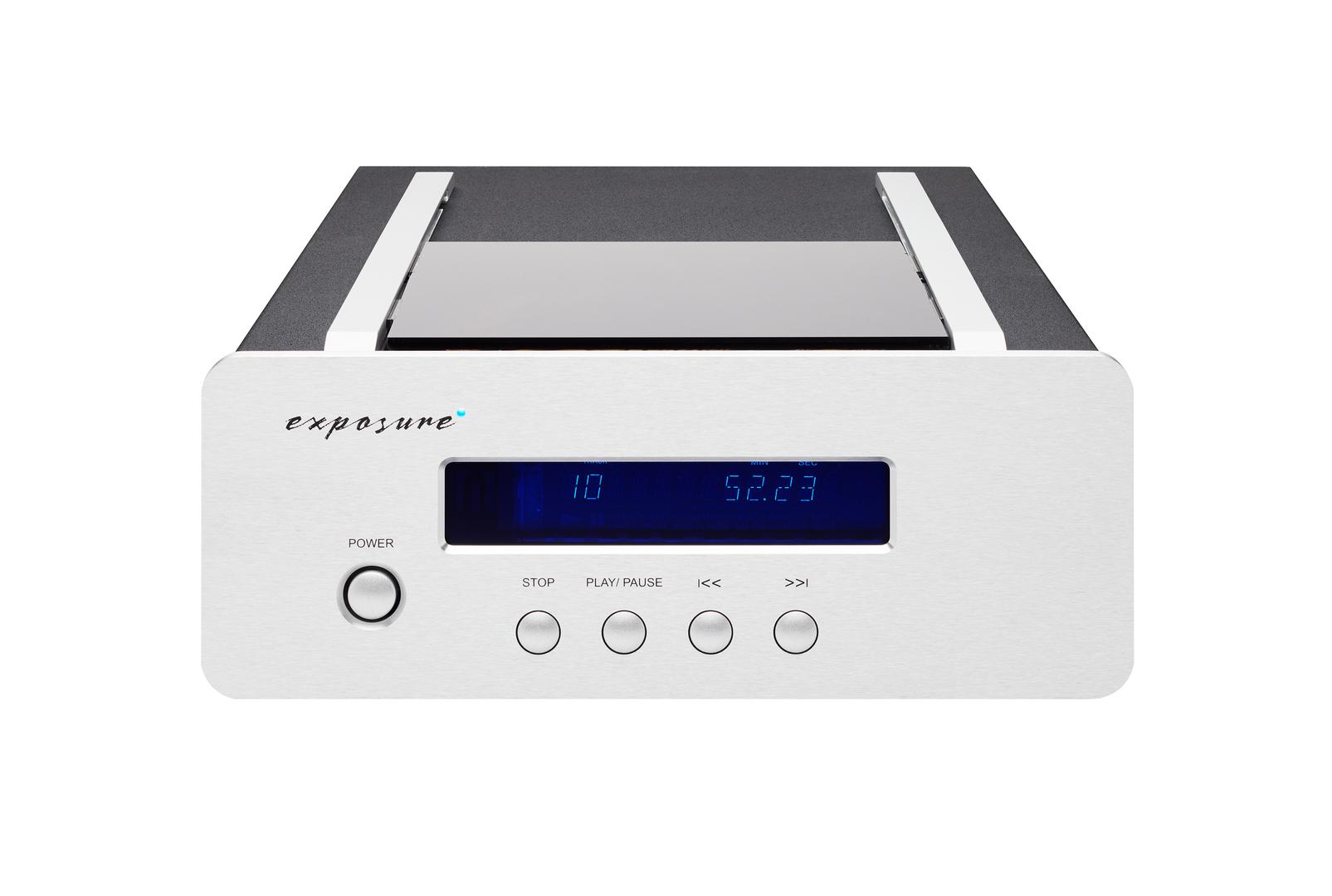 Housed in a half-width ‘shoe-box’ chassis, the XM ticks more boxes than just having a sensibly small footprint. In this day and age, when the industry and audiophiles alike seem intent on a lemming-like repetition of recent history, prematurely condemning CD to the dustbin of disused formats with an unseemly, uncritical, and irrational haste, any disc-spinner that takes up minimal shelf space gets to pose as an occasional source – a bit like all those record players that were disinterred a few years ago. And just like those record players, the XM CD player is quite capable of demonstrating just why we should all still be taking CD seriously. By doing the simple things well, Exposure has created a product that is as effective as it affordable and versatile. Principle amongst those design choices is the adoption of a top-loading transport – something the XM shares with all of the very best sounding (and most expensive) CD players. But just as important is the minimalist interface, consisting of just stop, play, and skip buttons on the front-panel; everything else is on the comprehensive remote (allowing the XM to drive a matching amp too), while the back panel is just as on point. Alongside the single-ended analogue socketry you’ll find two digital outputs, a ubiquitous TosLink optical and a genuine 75 Ohm BNC for S/PDIF, a choice that allows the XM to play the all-important transport card without being cut off at the knees by a sub-standard connection.

To play a disc you slide the top cover back, drop the CD onto the spindle, secure it with the small, magnetic puck, slide the lid shut and you are ready to go. It’s far from the slickest top-loader I’ve come across, but it’s no less effective for that. Fire up the Exposure and it delivers a solid, engaging, uncomplicated sound, long on musical substance, and the sort of solid rhythmic purpose that serves as an instant reminder of just what CD has to offer. Play Ryan Adams or Rag And Bone Man and the musical energy and presence are as impressive as they are enjoyable. There’s nothing halting, effete, or disjointed here. This may not be the most incisive player you’ve heard and ultra transparency or resolution aren’t its strongest suits, but when things are this straight forward and enjoyable, why worry?

If that was all the story, the XM would probably go down as one of those worthy, musically enjoyable but less than sparkling CD players that British designers do so well. It’s a fine example of the breed, but it’s when you hook it up to a DAC or the digital input on a decent integrated amp that things start to get really interesting. For a start, you lose that slight softened vagueness that rounds off the analogue output’s musical edges, with a crisper, more detailed and more positive sound. It’s a step that raises the Exposure’s game, making it the most affordable transport I’d recommend. It also puts it head to head with the prettier, heavier, and £300 more expensive Heed Obelisk, a dedicated transport only unit, built into a similar shoe-box chassis. In direct comparison the Heed sounds noticeably more dynamic and emphatic in its delivery, just about justifying the cost difference between the two – if you ignore the fact that the Exposure includes an internal DAC that, even if you don’t plan on using it, constitutes a useful back-up. 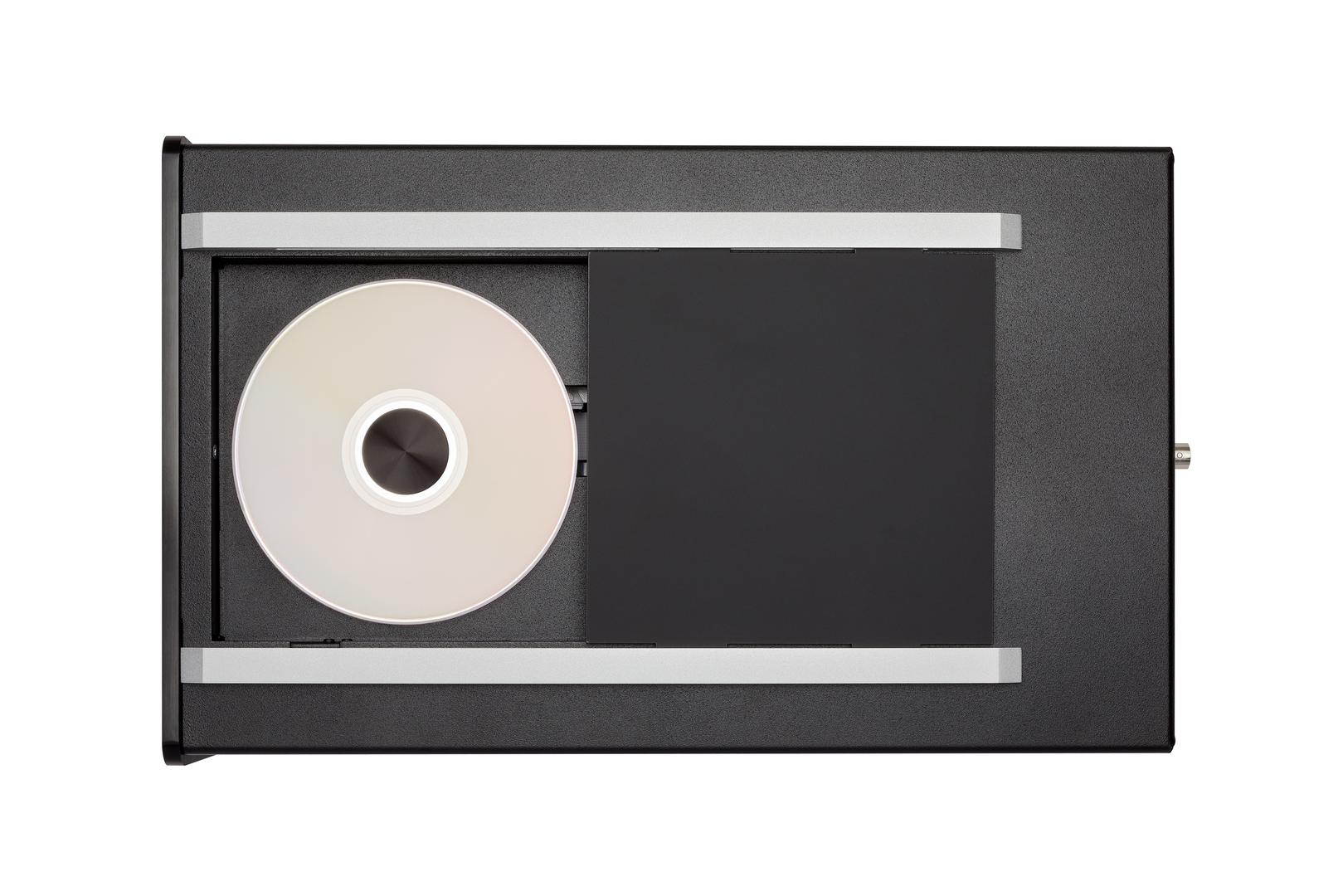 But this is where things get even more interesting – and the Exposure’s lighter construction becomes an unexpected bonus. With any CD player, support is a critical consideration. Perch the XM on a set of equipment couplers and you realise just how much its lively chassis construction has been holding it back. Give the internally generated mechanical energy an exit path and somewhere to go and suddenly the performance locks in, with a serious increase in dynamic range, resolution, focus, and separation. For the first time the player starts to throw a soundstage with both depth and convincing lateral spread. The extent of these improvements is going to depend on the couplers you choose, but even the basic bamboo blocks supplied with the Blue Horizon rack delivered a substantial benefit. Of course, using the couplers under the Heed also delivers benefits, but that player’s more substantial construction offers less potential for gain. Instead, the Exposure now outstrips it, with a more agile and more clearly delineated performance to go with its solid sense of purpose. Moving up to more costly alternatives like Grand Prix Audio Apex Minis or Neodio Origine B1s delivered greater benefits – especially in terms of resolution and separation – but at a significant cost. Just like the player itself, I’d be inclined to keep thinks simple…

However, there is one other mechanical area just crying out for attention – the sliding lid that covers the transport. Rather cleverly, the rails in which it runs act to brace the top of the chassis, but the lid itself is a thin, flat plate. Applying some resonance control has a remarkable impact on performance. You don’t want to go too heavy (the thinnest, smallest HRS DPII damping plate would be a perfect fit, but my thicker ones are two massive) and while the likes of Apex cones or Origine B1s do a great job, the best solution I came up with was a single Shun Mook Mpingo disc. With bamboo couplers and the lid damping in place, the XM becomes a more articulate and intimate performer, with a more developed soundstage and significantly better timing. Just listen to the verbal exchange that opens Ryan Adams Heartbreaker[Bloodshot] and you’ll see what I mean: there’s a more natural rhythm to the humour, more articulation in the speech, and a more clearly defined and much more dimensional image – all qualities that carry over to the musical presentation. Kill the display and you get the icing on the cake as the sound loses a layer of grain and the mid-band firms up, gaining attack and musical intent. And best of all? All those tweaks work, albeit to a slightly lesser degree with the player’s on-board DAC.

The Exposure XM really is three (or even four) products in one: the CD player, the transport, and then either of those with a few simple steps taken to maximise their performance. Perfectly respectable and reliably entertaining straight out of the box, using couplers and damping the disc cover is the audio equivalent of not just whipping off its glasses and letting down its hair, but running it through make up and the designer floor at Harrods too. It’s that big a transformation with results that are that arresting. For such an apparently simple device, the XM does a great job of hiding its considerable light under a bushel. Don’t be fooled by appearances: if you’ve invested heavily in a DAC but still want to play CD, or if you just want to play CD period, this Exposure is just the ticket. 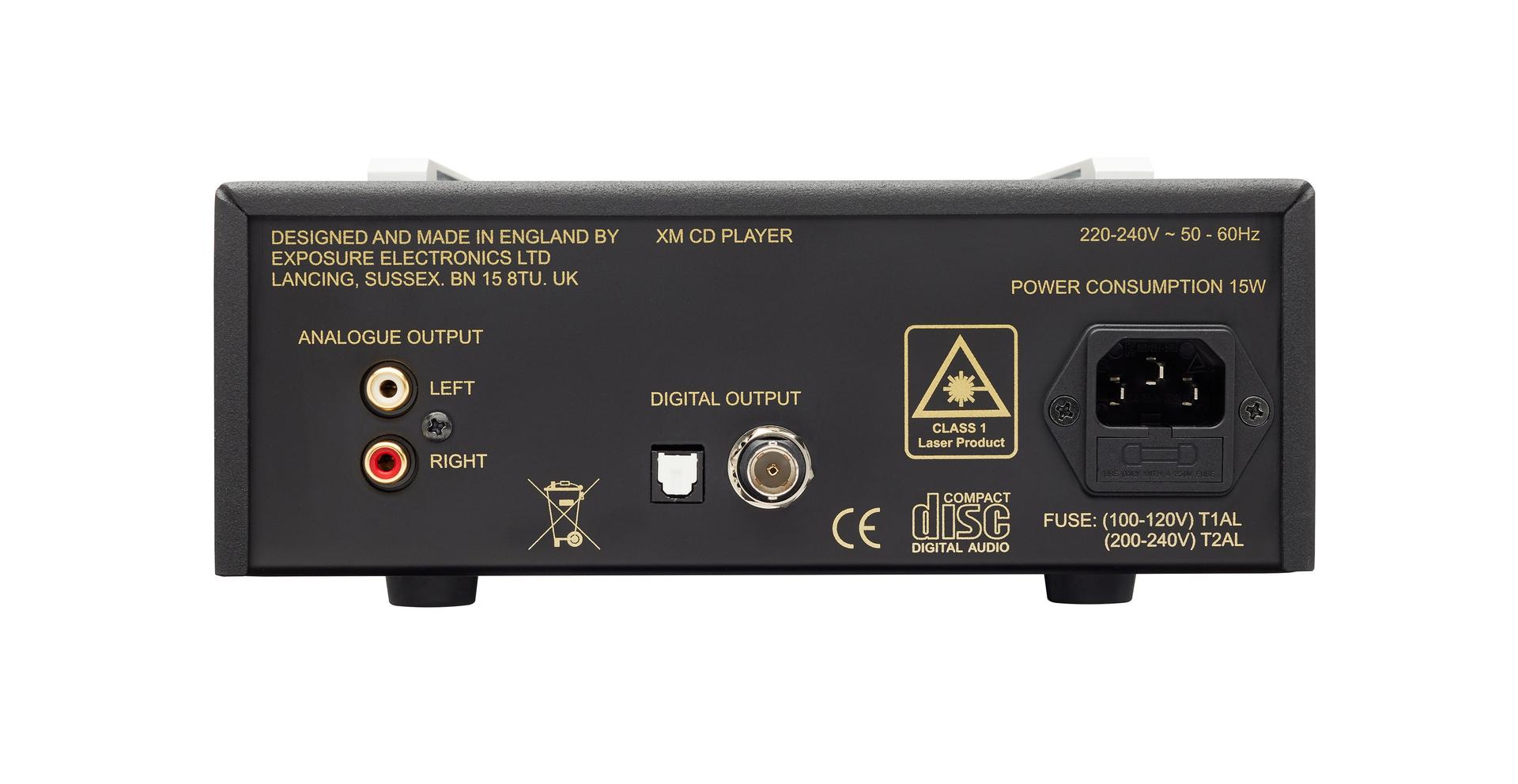