Dynaudio is that rare combination of industry titan and innovator. Typically, brands get large, then they get hide-bound by their own conventions, and smaller, more agile companies come along and develop new concepts for the next generation. It happens in almost every circle of commerce and business. That Dynaudio has the cojones to not rest on its laurels shows a brand prepared to move with the times and to make the market move to its own beat. That deserves credit even before we slit the box on the new Xeo 20 wireless digital active loudspeaker.

Xeo 20 – replacing 2014’s Xeo 4 – is a two-way stand-mount loudspeaker, featuring a pair of 65W digital amplifier modules driving each unit independently. It uses a DSP-derived crossover network, which means in theory a new voicing could be downloaded, but in practice, it means the crossover sticks close to the drive units respective parameters.  It also allows improved off-axis performance (always something of a Dynaudio strong suit anyway) so there is less of a need for a tight between-the-speakers sweet spot. The Xeo 20’s voicing is broadly similar to that of the company’s LYD 5 active nearfield monitor from the pro world – although these models are considerably cheaper than the Xeo 20, they command an excellent reputation with the studio cognoscenti, so having the Xeo 20 rub tonal shoulders with the LYD 5 is a really good idea. Where the similarities with LYD 5 ends are the degree of interface that the Xeo 20 offers, and it’s here that the Dynaudio design shows some serious forward-thinking on the part of the Great Danes. 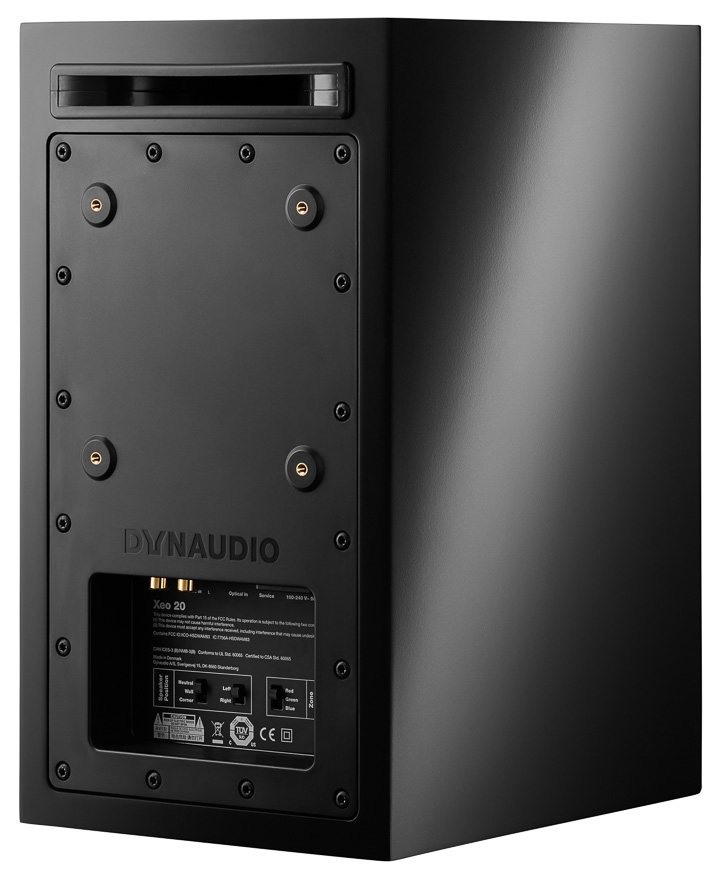 The key here is flexibility. If you have an existing digital device and just want an active speaker system to take in its digital output, the Xeo 20 can accommodate that (to 24 bit, 192kHz precision) through its Toslink optical cable. If you have a full analogue preamp, you could do the same with the pair of RCA connections, or a 3.5mm minijack. Or you can extend this still further with the optional Dynaudio Connect box. Then you can always go wireless, with aptX Bluetooth. It doesn’t speak Apple AirPlay, DLNA (unless through the Connect box), or Wi-Fi (in part because entering a password into a loudspeaker – even one as smart as the Xeo 20 – is the stuff of deity-level hacking).

The cabinet itself is exceptionally well made and feels solid. It has Dynaudio’s distinctive slot-shaped port running along the top of the rear baffle of the loudspeaker. This port allows a reasonably high degree of room placement options – not quite to the ‘room agnostic’ levels of the KEF LS50W, but you don’t need to be too worried about how close the loudspeaker gets to the rear or side walls. Which brings us neatly to the rear panel of the master loudspeaker. It’s amazing just how comprehensively specified a loudspeaker can be with just three switches, the first of which adjusts the sound according to placement (‘Neutral’, or free space, ‘Wall’, and ‘Corner’). The second is an insanely useful button that rarely figures on this kind of speaker: placement – you define whether the master speaker is the left or right channel. Most other systems force you to use one channel as the master, irrespective of whether that works in your setting. That little switch helps a lot. There are also three zones – Red, Blue, and Green – if you want to use multiple Xeos in different rooms. A remote handset also gives you control over the Xeo 20 ( a series of buttons on the top panel are fitted to the Xeo 10, but no other model in the line). Finally, a pair of tiny LEDs describes the status, connection, volume, firmware updates, mute, some troubleshooting, and more. In fact, this is one of those products where the description of its installation process takes longer than the installation. In use, this was quick and simple to set up.

The LYD 5 heritage is clear from the moment you first install these loudspeakers, as they are crisp and studio-clean in performance. The Xeo 20’s absolute honesty shines through quickly, with excellent soundstaging properties and fast, precise detail from treble on down. The loudspeaker holds to an accurate rather than overly full and rich sounding bass; DSP helps dig out slightly deeper bass notes than you might expect from a two-way like this, but ultimately it’s about clean and dry bass in good order, rather than a bloomy, flubby noise that is ill-controlled and acts like a boat anchor for the sound. This is clean, light, and upbeat instead.

Curiously, what clinched the Xeo 20 performance for me wasn’t music (although it scored several aces in musical terms)… it was listening to the Today Programmeon BBC Radio 4 one morning. This drive-time news and current affairs broadcast is not a good example of the BBC at its best, as it often has heavy compression to be listenable while commuting. But regular listeners are so used to the voices of the presenters and journalists, nuance is surprisingly easy to pick up. And John Humphrys’ voice had plenty of ‘in the room with you’ intelligibility and detail. 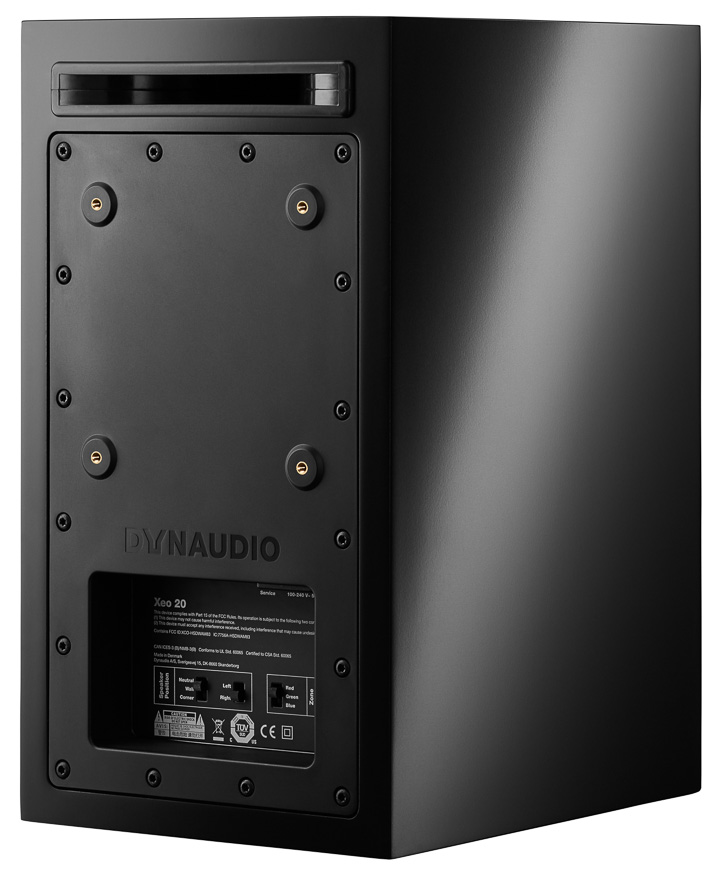 Staying with Radio 4 and bookending the day, I tuned in late one night to hear ‘Sailing By’ and the Shipping Forecast, and the same thing happened. As a night owl, I must have heard that damn slow waltz (written by Ronald Binge the year I was born) hundreds of times, it’s an old recording, and can put even the most red-eyed insomniac into REM sleep in seconds. And yet, through the Xeo 20, you could hear into the recording. Binge was Mantovani’s arranger, and the track has the same cascading strings sound that everyone remembers from the ‘Medication Time!’ scene from One Flew Over The Cuckoo’s Nest. That and the gentle shuffle on brushes shine through.

Of course, the Xeo 20 is actually capable of so much more. The music is almost secondary to the interface and array of options, but the musical performance is so good you never quite think that. I tried streaming music through aptX, with everything from Skrillex (ah, dubstep… remember those heady times of five years ago?), through Bach Cello Suites [Casals, Archiv], right through to hardcore P-Funk ‘Rumpofsteelskin’ from Parliament’s Motor-Booty Affair[Casablanca]. In each case, the Xeo 20 played whatever it was fed without prejudice, and with accuracy, detail, and a great deal of precision.

This category is both entertaining and exciting, in no small part because it didn’t exist a decade ago. In fact, Dynaudio was one of the first with the original Xeo range, but the market is growing at a fair lick now, with DALI, ELAC, KEF, and brands that don’t capitalise their whole name like Aurender and Devialet creating something that already seems more than just a niche. This feels like the start of a movement toward high-performance active wireless speakers. Dynaudio has been a part of that from the outset, and just moved back to the flag-waving position with the latest Xeo models. 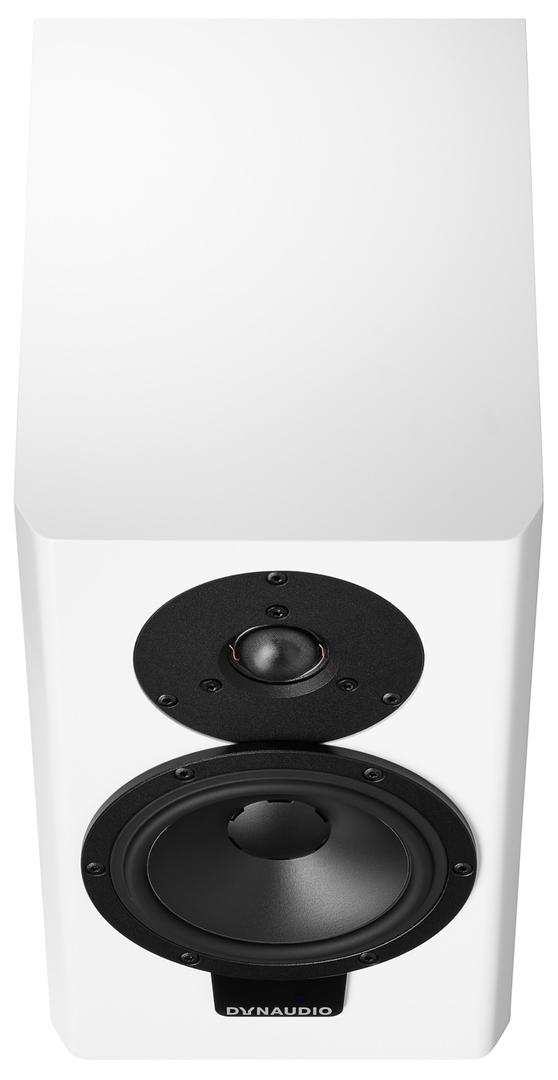 I’m not going to call out which of these models is the most flexible because, by the time you finish reading this sentence, three more systems will have appeared to challenge the performance of these three designs, such is the rate of change in this field. But I am tempted by the overall package offered by Dynaudio here. It seems more level-headed than most, yet without being too level-headed or bland. And thanks to that wide dispersion DSP crossover, the Xeo 20 is that bit more listener-friendly than most of its rivals. And it has that studio-like clarity and precision of detail and focus. In all, the Dynaudio Xeo 20 may just be the active DSP speaker to beat!

Crossover: DSP-based, crossing over at 4.7kHz