When Schiit Audio introduced its Jotunheim headphone amp/preamp in 2016, it was considered a technical marvel and a bargain. Jotunheim used a unique balanced circuit topology, called a ‘Pivot Point’ gain stage, developed by company founder and president Jason Stoddard. In theory, the ‘Pivot Point’ circuit could have been patented, but Stoddard decided against this to avoid divulging the inner subtleties of the design. It works very well, though, as Stoddard observed that, apart from power output, Jotunheim offers better measurable performance than any other Schiit Audio headphone amplifier, irrespective of price.

The name Jotunheim is drawn from Norse mythology and means “Land of the Giants”—a name that takes on ironic connotations once you realise that while powerful, the amp is actually deceptively small. Its price is small too, coming in at a very manageable £385 or $399 US. That sum buys you a sophisticated albeit minimalist headphone amp/preamp with balanced (XLR) and single-ended (RCA) analogue inputs and preamp outputs, plus balanced (4-pin XLR) and single-ended (6.35mm phone jack) headphone outputs. Maximum balanced power output is a substantial 7500mW @ 16 Ohms. Distortion is low (<0.001% THD, 20Hz–20kHz) and bandwidth is impressive (2Hz–700kHz, -3dB).

There are two front panel-mounted toggle switches, an input selector and master gain control (for gain of either 2 or 8); a third, rear panel toggle serves as the main on/off switch. Schiit describes Jotunheim as a “configurable” amp in that it offers users the option of adding one of three possible I/O modules: a MM phono stage with passive RIAA equalisation (+£100 or $100), a balanced AK4490-based Delta Sigma-type DAC (+£100 or $100), and a true Multibit DAC (+£200 or $200), patterned after Schiit’s Modi 2 Multibit DAC. 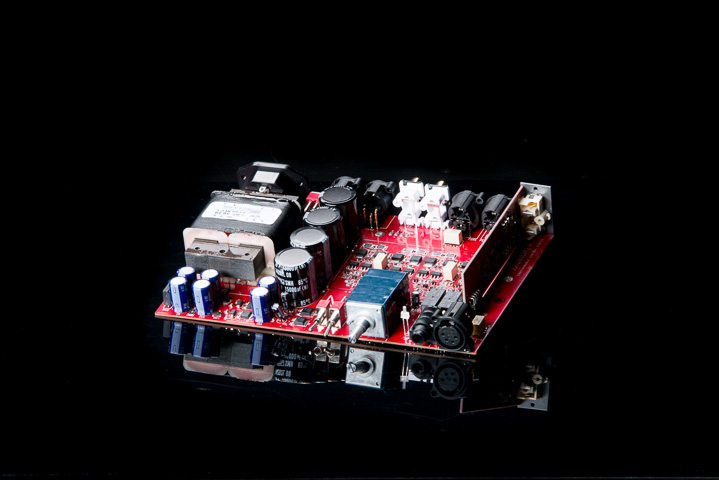 This review focuses on the Jotunheim Multibit model because, like the Modi 2, it is said to offer “the most affordable multibit DAC with a modern architecture—from any manufacturer, from any country in the world.” The DAC is based on an Analog Devices AS5547 multibit DAC and features Schiit’s “unique, closed-form digital filter”—the brainchild of company co-founder and digital guru Mike Moffat. By design, this DAC supports PCM files only, for resolutions up to 24/192.

As in our original review, the Jotunheim amp sounded powerful, refined, and accomplished—shockingly so in light of its price. It offers punch and authority, sufficient detail and resolution, quiet backgrounds, and precise control over the leading and trailing edges of notes. The amp is powerful enough to drive demanding headphones (e.g., the HiFiMAN Susvara), yet quiet enough to use with high-sensitivity CIEMs (e.g., the Noble Audio Katana). Better still, Jotunheim sounds agile and fleet-footed, offering a brilliant combination of instantaneous energy delivery and cat-quick transient speeds.

The new Multibit DAC option, however, is what really sets Jotunheim Multibit apart. Jotunheim’s original balanced (Delta Sigma-type) DAC was an excellent option for the money, but the Multibit DAC, which costs only £100 or $100 more, lifts performance to a much higher level. Side-by-side comparisons of the Balanced DAC module vs the Multibit DAC show the latter consistently offers superior resolution of low-level details, greater transient acuity, and markedly more contoured and three-dimensional renderings of instrumental and human voices. In fact, the Multibit DAC unlocks previously hidden layers of performance in the Jotunheim amp; you don’t so much listen to the Multibit DAC, but instead hear through it to access the inner workings of the music. A great example would be the Multibit’s performance on ‘The Mermaid’ from Norma Winstone’s Distances [ECM, 16/44.1] where the DAC does a spooky-good job with the harmonically complex sounds of the prepared piano heard at the opening of the track, while rendering the inflexions of Winstone’s voice with rare focus and grace. 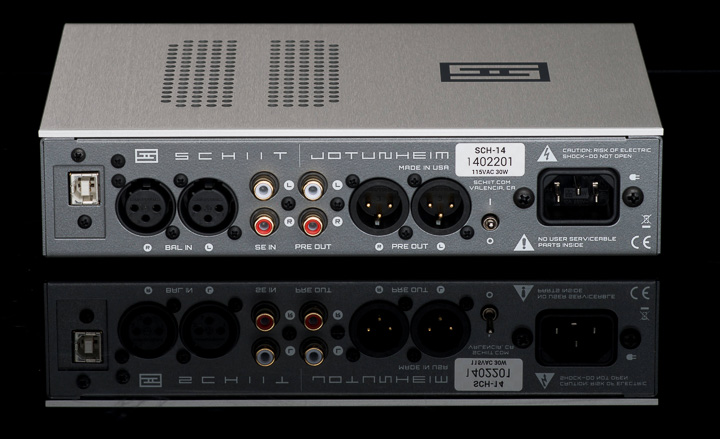 For those looking to climb way up the personal audio performance ladder without crushing their wallets, Schiit Audio’s Jotunheim Multibit offers greater high-end bang for the bucks (or pounds, or euros) than any other option I’ve heard to date.