In retrospect we may look back on 2017 as the year that a bumper crop of affordable yet extremely high performance standmount monitors arrived. Within the past ten months or so, a number of veteran loudspeaker manufacturers (including Dynaudio, ELAC, Totem Acoustic, Spendor, and others) have introduced new products in this category—each aiming in its way to redefine the performance possibilities for the genre.

One of the most fascinating and appealing of these new entries would be Dynaudio’s Special Forty monitors priced at £2,500 per pair (or $2,999 in the US), which are offered in celebration of the Danish firm’s 40th anniversary. Just what makes Special Forty’s ‘special’? Four things: deceptively advanced driver and enclosure technologies, drop-dead gorgeous looks, sound quality that defies all expectations for products in this price class, and, of course, that appealingly manageable price. 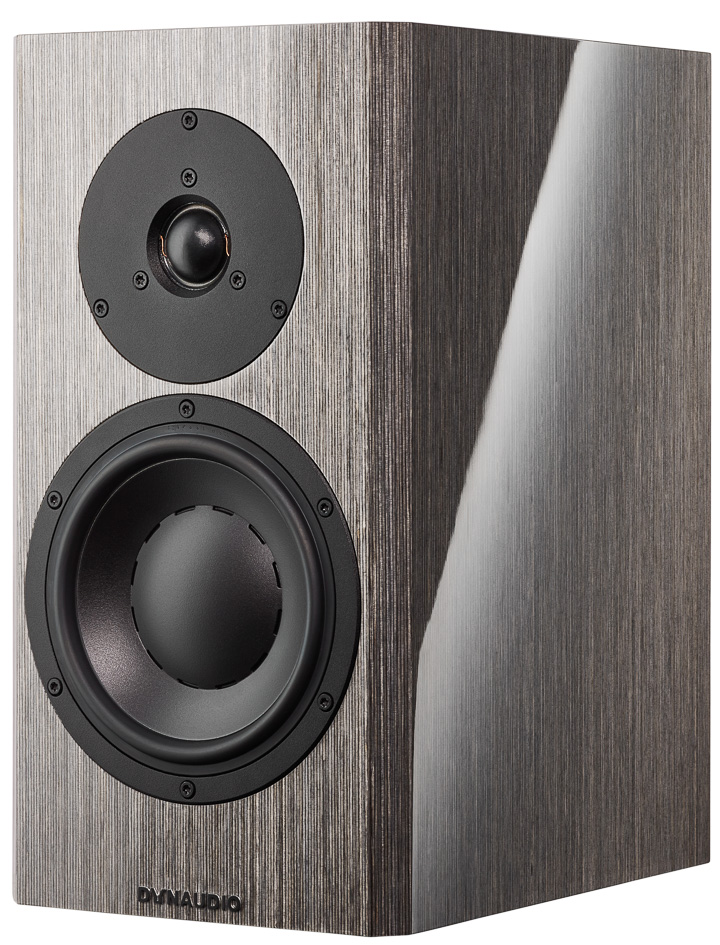 The Special Forty is a two-way, reflex-loaded, standmount monitor that leverages design elements drawn from more costly Dynaudio models, starting with an inherently phase coherent first-order crossover network said to incorporate the firm’s unique phase and impedance alignment technologies. The speaker uses a 17cm MSP (Magnesium Silicate Polymer) mid-bass driver that is unique to the Special Forty but is visually and sonically similar to mid-bass drivers found in the firm’s more costly Confidence and Evidence speaker ranges. Distinctive design touches in the Special Forty woofer include a special Nomex spider that is claimed to enable “even more symmetry in the driver’s excursion”, thus enhancing midrange clarity and definition. Moreover, the driver uses an advanced version of Dynaudio’s proprietary AirFlow Basket system that is extremely rigid and stable yet presents a bare minimum of reflective surfaces behind the driver diaphragm.

The motor of the woofer is special too, with a driver magnet positioned within—and not surrounding—the driver voice-coil, which better focuses the magnetic flux field on the voice-coil while reducing the amount of material behind the diaphragm, thus reducing internal reflections. Finally, the magnet used in the Special Forty woofer is a hybrid design that applies both Neodymium and Ferrite magnet materials for a nearly ideal combination of power and control, further enhancing symmetrical driver excursion while reducing second-harmonics.

Handling upper midrange and high frequencies, the Special Forty uses a 28mm Esotar Forty tweeter similar to the Esotar-series tweeters found in most of Dynaudio’s upscale models. The tweeter diaphragm is treated to what the firm whimsically calls a DSR (Dynaudio Special Recipe) coating. Much like the Special Forty woofer, the Esotar Forty tweeter goes to great lengths to optimise airflow from the rear side of the driver diaphragm. Accordingly, the driver features a distinctive ‘pressure conduit’, described as “a shaped vent in the back of the magnet system that allows more space in the rear chamber,” thus allowing the manufacturer to pack in more damping material while reducing back pressure on the diaphragm. In turn, the driver also uses an ‘aero-coupled pressure release system’ positioned beneath the tweeter voice-coil and that prevents unwanted pressure build up while reducing resonance and increasing the tweeter’s ability to render fine, low-level high-frequency details.

The Special Forty cabinet has a few design tricks up its sleeve too. The enclosure, for instance, at first appears to be rectangular but in fact has a subtly trapezoidal footprint, meaning the cabinet sidewalls are not parallel—a design touch that helps minimise internal reflections. The enclosure features a large-diameter rear-facing port that fosters ample low-end extension and power. However, recognising that port-augmented bass output can sometimes become too much of a good thing, Dynaudio ships the Special Forty’s with distinctive ‘two-stage’ foam port bungs that can be used to limit port output as necessary. The bungs consist of foam sleeves that offer moderate levels of bass output reduction, plus foam cores that fit within the sleeves for even more output reduction. Since my room is moderately large, I ran the Special Forty’s with their ports wide open, but it was nice to know the bungs were there if needed.

Last but not least, the cabinets themselves are made of very thin-ply laminates of birch and are offered in two stunning finishes: gloss translucent grey or red. Honestly, I suspect grand pianos might turn green with envy once they see the Special Forty’s incredibly elegant-looking and lustrous enclosures.

From the outset I was struck by how accomplished and truly full-bodied the Special Forty’s sounded. If listeners heard the Dynaudio monitors playing from behind a sonically transparent but optically opaque scrim, I suspect many would guess that A) the Special Forty was a full-range floorstander, and B) that its price was at least twice what it actually is (and maybe higher than that). While no one would accuse the Special Forty of having ‘warm’ voicing or golden-hued euphonic colourations, the fact is that the speakers do a great job of conveying the richly saturated tonal colours present in fine recordings, while also exuding certain joyful sonic qualities of heartiness or robustness. The result is a (relatively) compact speaker with an unexpectedly big, powerful, and expressive voice. Several characteristics of the Special Forty work together to give it this impressive voice. 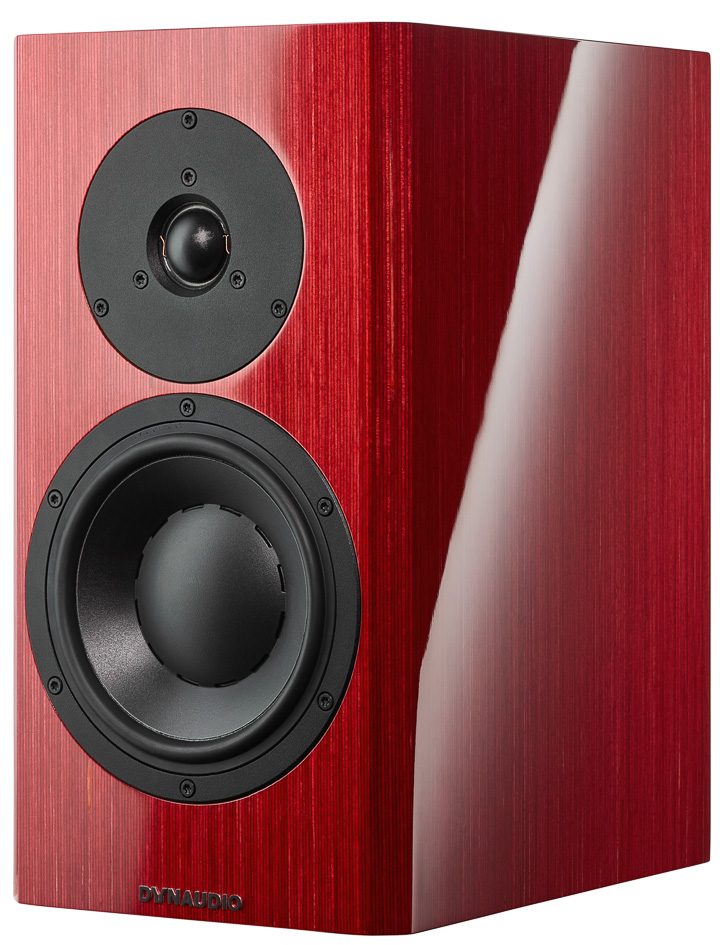 First, I would point to the speakers’ surprisingly deep low-end extension and their nearly ideal combination of bass weight and punch. For example, put on ‘Flight of the Cosmic Hippo’ from Béla Fleck and the Flecktone’s album of the same name [Warner, 16/44.1] and note how the Dynaudio monitors masterfully recreate the depth, gravitas, and subtle modulations of the song’s signature bass line. Where many compact monitors might sound slightly strained or over-worked on such material, the Special Forty’s instead serve up bass lines that have meaty textures and real substance—the kind typically associated with larger floorstanding speakers.

Next, the Special Forty’s exhibit exceptional three-dimensionality and expansive soundstaging, complete with big-boy dynamics to match. On good recordings perceived soundstages frequently extended well beyond the side and back walls of my listening room, while dynamic shifts both large and small were consistently realistic in scale—even on big, fast-rising swells that might overwhelm many small monitors. A track that beautifully highlighted these characteristics was the sumptuous tango ‘Besame Mucho’ from Marcin Wyrostek & Coloriage’s eponymous album [Kayax, 16/44.1].

As the track unfolded, the Special Forty’s deftly revealed the myriad ways in which the ensemble’s instruments each interacted with the acoustics of the recording space, with reverberant details yielding an uncanny sense of place (and placement). Then, as the tango drew toward its climactic conclusion, the ensemble’s dynamics (and especially the accordion’s dynamics) swelled mightily, momentarily reaching very high volume levels. Through all of this the Dynaudios maintained admirable grace and composure, while somehow exhibiting a downright exuberant sonic vibe.

Finally, on good material the Special Forty’s proved capable of delivering what many reviewers have termed a realistic sense of ‘palpable presence’—where instruments and vocalists sound so real and believable that, at least for a moment, the listener feels as if it might be possible to get up, walk forward into the soundstage, and shake the performers’ hands! A track that vividly shows this quality in action is ‘Uh, uh, uh, uh, uh’ from the Spanish singer Bebe’s album Y [EMI Spain, 16/44.1]. The song features Bebe’s breathy and articulate vocals accompanied by an electric bass whose player (and amplifier) is plainly performing in the same studio space as the singer.

The Dynaudios captured Bebe’s voice with a rare quality of immediacy and razor-sharp focus that would do credit to far more expensive loudspeakers. But what was equally impressive was the way the Special Forty’s revealed not only the subtle sound of the bassist’s fingers on the strings of the instrument, but also the sound of the amplifier—clearly positioned a few feet away from the bassist—reproducing the amplified sound of the performance. The result was one of the most intensely realistic hi-fi moments I’ve experienced in quite a while. I felt almost as if I had been permitted to sit within the studio as Bebe and her accompanist rehearsed the enchanting song. 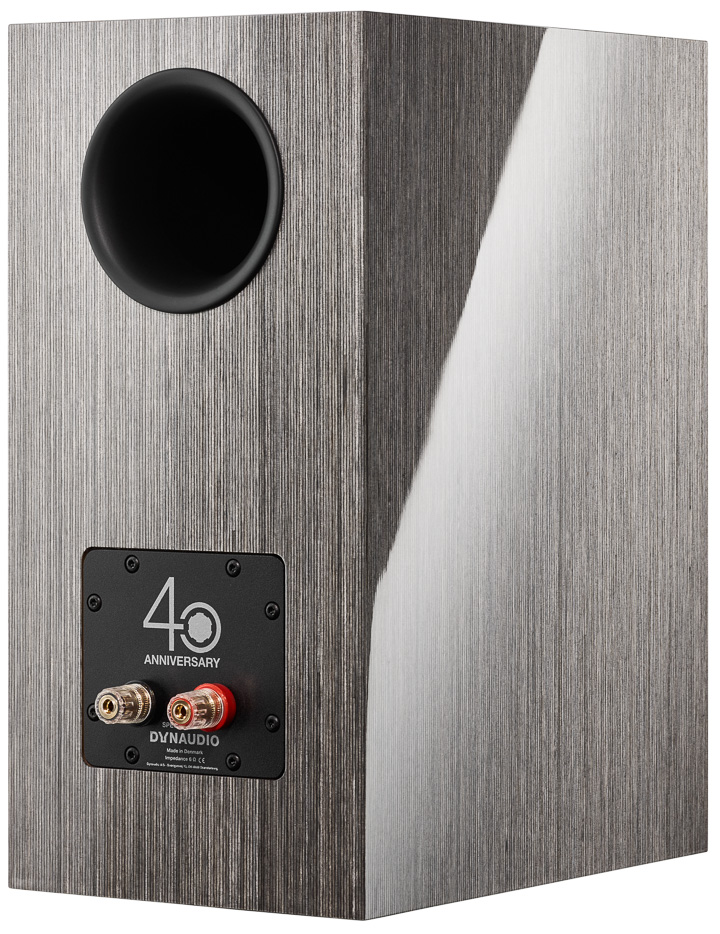 The Dynaudio Special Forty is a wonderful stand-mount monitor and terrific value. While one could arguably achieve even higher performance if one had very large sums of money to invest, the Special Forty is so good and in so many ways that it will encourage listeners to ask, “why spend more?” Very highly recommended.