BetterCables of Broadlands VA (some 30 miles west of Washington DC) is a maker of high-value, no-nonsense, USA made cables. In an industry where a single pair of interconnect cables can cost as much as a new luxury car, a company with a top-of-the-range, American made RCA cable – the Silver Serpent AIR – that costs just $279.99 for a metre pair and a loudspeaker cable – Blue Truth Reference –that starts at $299.99 for a 2m pair deserves greater attention and respect.

Of course, reasonable price notwithstanding, that attention and respect are contingent upon that cable being something more than just another interconnect. Silver Serpent AIR is the only design Brad Marcus of BetterCables has updated in the first 10 years of the brand, developing the AIR edition from the previous flagship Silver Serpent. You’d be forgiven that given the ‘AIR’ suffix that the only change between old and new is something to do with the use of air as a part of the dielectric, especially as the cable uses an air tube in place of the foam HDPE dielectric of its predecessor. The air tube gives the cable a feeling of rigidity but remains flexible and strong, unless you use brute force to try and strong-arm a 90° angle in your cable.

However, in upgrading, BetterCables also moved from stranded to solid-core conductors. Those conductors remain silver-plated copper designs, but it was felt the move to solid-core – combined with the air dielectric – made a substantial improvement over the original Silver Serpent. The twin conductors in their air tube is then 95% shielded by a copper braid (many listening tests – not only by BetterCables – suggest a completely 100% shielded cable reduces overall performance when compared to the same cable design ‘almost completely’ shielded). This braid is itself covered by an outer braid (a good-looking semi-matt black with a single red thread spiral running through it) and is terminated in well-made, sturdy but generic gold-plated RCA plugs wrapped in red or black heatsink with the company’s logo. The RCA plugs are apparently the only part of the cable not made in the USA. 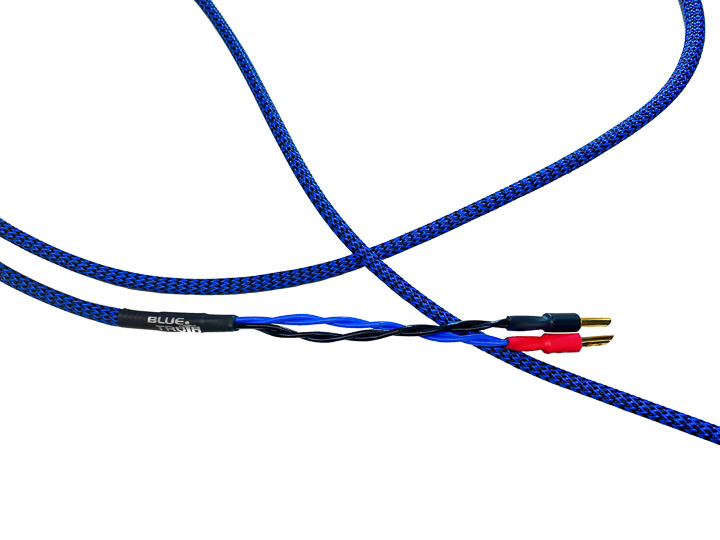 BetterCables finishes Blue Truth Reference in FEP Teflon dielectric insulation in a blue (for hot) and black (for not) outer, which is then sleeved in a matching blue-black braid, with your choice of gold-plated OFC spade terminals (designed for both 1/4” and 3/8” binding posts) or BFA-style banana plugs.

Both cables acquit themselves really well and are internally extremely consistent (as in, one is the perfect partner for the other). Neither needs much in the way of conditioning or run-in and aren’t directional (although the golden-eared might claim additional improvements after a gazillion hours of playback and argue endlessly over a choice of direction, pragmatism wins out here). Both have a lot of very fine and grain-free high frequency extension and insight, a fine midrange with good stereo separation, and a tidy, ordered yet still deep bass.

One of the first and most important things people will hear is the warmth of the Silver Serpent AIR and the sheer detail of Blue Truth Reference. These dovetail well, meaning the sound is rich and satisfying without sounding either too arid or too soggy. That being said, taken individually they are great cables, in their own right. This balance and consistency is hard to achieve at any price and is greatly received at a price point where this characteristic becomes all important. This ‘warmth without softening’ is most noticeable on female vocal, such as Joyce DiDonato’s powerful singing voice on Stella Di Napoli [Erato]. Here, any sense of harshness or any veiling of sound will effectively ruin the performance, as much of it is all about her amazing articulation (and weapons-grade lungs), standing atop a small orchestra (often just a single instrument). This is often difficult to play on all but the most expensive equipment, primarily because the harshness cuts through the treble; less ‘cut glass’, more ‘broken glass’. This BetterCables duo restores that balance and makes her voice soar.

There are limits to the BetterCables performance, but many of them are only defined when comparing to cables at a much higher price level. In absolute terms there is a slight lack of leading-edge pace (especially on the interconnect), while the soundstage size of Blue Truth Reference – though large and three-dimensional with excellent bass depth – can be bettered if you insert one heck of a lot of money between your already-expensive amp and speakers!

The cables are perfectly pitched, though. They have some giant-killing properties, but, far more importantly, both Silver Serpent AIR and especially Blue Truth Reference bring out the best in affordable audio equipment; the clean treble and overall unembellished performance (in a wholly good way) make it perfect to give a little bit of extra zing without it sounding ‘zingy’. In addition, that warmth the cable brings to the sound is the perfect balance for some of the output of cheaper DACs and streamers, especially when playing tracks on something like Spotify.

By selling direct, BetterCables manages to make much better cables than the prices suggest. Put either cable in a fancy box, with maybe a faux-Latin name (like Signalum) and a big (for our business) well-known cable brand name on the side, and these could be £600+ cables in build and especially sonic performance. With both Silver Serpent AIR and Blue Truth Reference, BetterCables really does live up to its name!