Benchmark Media Systems is one of the bastions of the new face of audio electronics. Benchmark was and is a pro audio brand at the forefront of the democratisation of the recording industry and audiophiles became interested in the product line toward the end of the last decade, because the Benchmark DAC1 was one of the first products that took USB audio seriously. No company can afford to rest on its laurels for too long today, and the Benchmark DAC1 was replaced by a number of equally highly respected models. Which brings us to the latest Benchmark DAC3-HGC.

Despite looking very similar to the DAC1 and DAC1 HDR, and virtually identical to the DAC2 HGC, the DAC3 HGC brings a lot of ‘new’ to the table. To recap, the original DAC1 was a fine 24-bit, 192kHz PCM converter with an excellent headphone amp, the DAC1 USB added 24/96 USB 1.1 input, the DAC1 PRE added a line-level input (at the expense of AES/EBU digital input), and the DAC1 HDR improved the circuit design, with special focus on the volume control. The DAC2 added native DSD processing and 192kHz compatible USB 2.0, with a range of variants that re-introduced the AES/EBU connection, removed the headphone amplifier, and finally added the company’s own Hybrid Gain Control. The DAC3 is the latest iteration of that Benchmark concept, once again revising the circuit to reflect the latest developments in digital design. It’s available in three variants today: the digital-only DX model (which includes an AES/EBU input), the L model (which removes the headphone amp but retains the analogue preamp) and the HDR model tested here, which features both the headphone amp and a line input in place of the pro-digital AES/EBU connector. All three are available in black or silver. 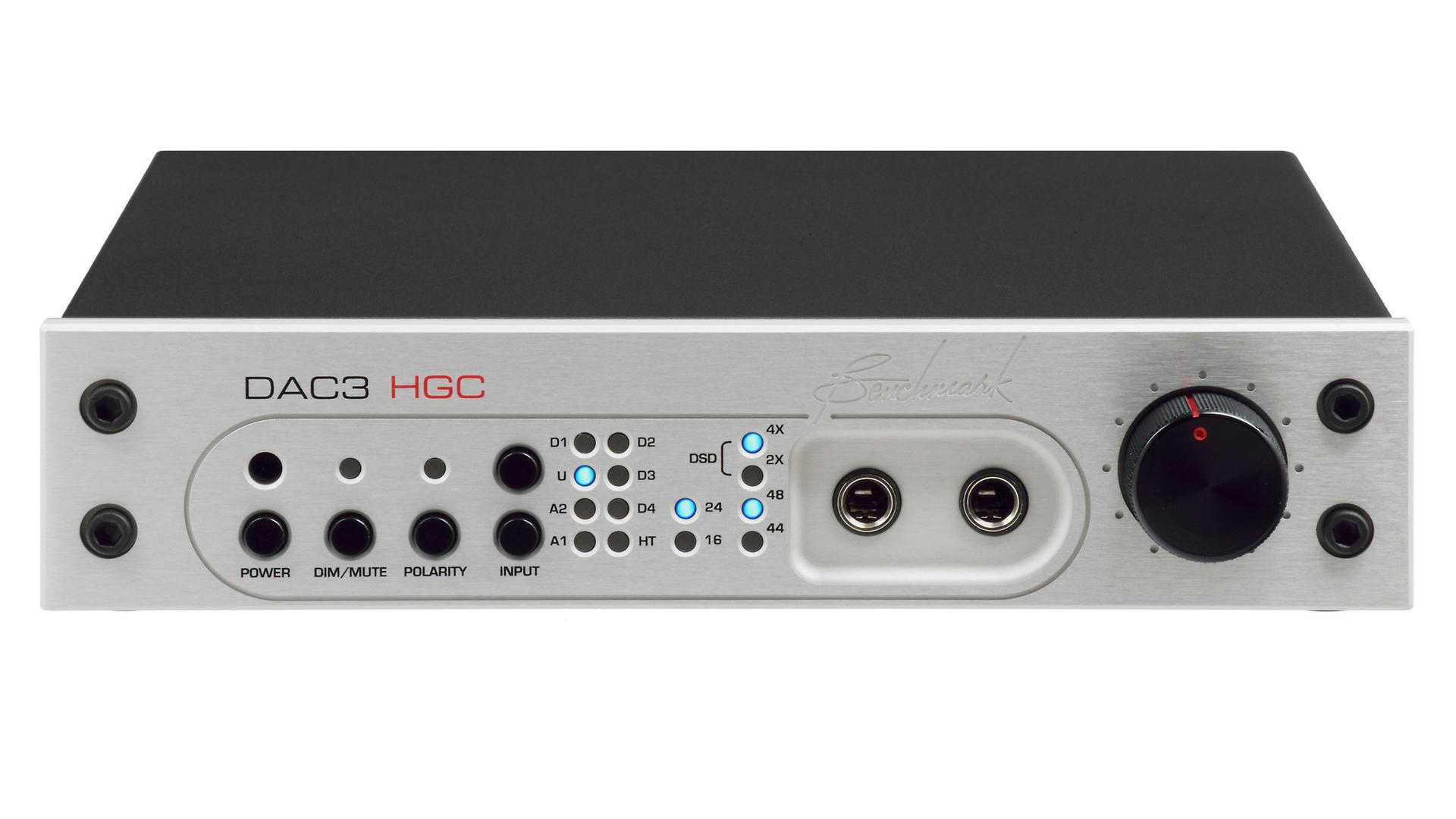 The headline change to the DAC3 over the DAC2 is the use of the latest ESS Technologies digital converter chip, the ES9028Pro SABRE. Currently, the number of DACs that sport this state-of-the-art chipset could be counted on the fingers of one hand that had been involved in a fairly nasty industrial accident. This is a 32bit, eight-channel DAC chip with an impressive THD+N rating of -122dB and a world-class dynamic range of 140dB. It also allows native DSD over PCM (DoP) coding, so DSD256 signals can be played without any form of transcoding. Benchmark also makes sure this ESS chip is run with all its lights turned on, benefitting in the process from active compensation for second and third harmonic distortion, and improved passband ripple. The new chipset demands an equally new circuit design, and this has resulted in the DAC3 having faster PLL lock times, faster switching between signals, and a more accurate frequency response than its predecessor.

In use, the Benchmark models have a reputation for being fuss-free, no-nonsense designs that just get on with playing music, and the DAC3 is no exception. A lot of this comes from the top down: John Siau is the Director of Engineering at Benchmark Media and writes some extremely sensible, pragmatic, and forthright ‘applications notes’ and the occasional blog on the Benchmark website. Siau is pragmatic enough to include DSD, despite not being a supporter of the format. The commercial reality today is that regardless of whether or not you think DSD a viable format, and irrespective of how many DSD recordings you might own, if you don’t include DSD replay on a DAC like the Benchmark DAC3, it will simply fail to sell in some parts of the world. His pragmatism only extends so far, however, and both balanced headphone output are beyond the pale. Siau is not unwilling to back up any claims, and he presents good reasons why balanced headphone output is unnecessary, namely that the headphone is inherently balanced and cannot recognise any difference between singled-ended and voltage-balanced operation, and that making two separate output amplifiers for balanced operation doubles the noise and halves the load impedance – accept these reasons or not, they are generally well grounded.

I didn’t log too much time with the DAC2 and my descriptions of the original DAC1 must be tempered by the amount of time elapsed between when I had one to evaluate and today, but I am confident in saying the DAC3 has hit the Goldilocks spot in tonal balance. The original DAC1 was clean and slightly forward sounding (no real criticism in the late 2000s, as that was the prevailing sound of digital audio of the time), the DAC2 line had that kind of silken sheen, warmth, and almost rounded off treble of early ESS Sabre implementations, but the DAC3 is more like the best of both (again, no real criticism as this was also the sound of the time, and – in hindsight – was probably almost like an overcompensation for those first generation ‘computer audio’ designs). It has the treble extension and clarity of the original coupled with the effortless and refinement of the next generation.

Coming at this DAC hot on the heels of one of the best DAC’s I’ve ever experienced (the Chord DAVE, which costs almost 4x as much as the DAC3) I was expecting a significant down-shift in performance. In fact, what I heard shows just why digital audio is so exciting at the moment. The two were closer than I expected in performance and tonal terms. Yes, the DAVE is the better of the two, and the better the system, the wider the gap tends to become, but the DAC3 sounds excellent in a standalone capacity, or in systems that don’t culminate in more than £20,000 worth of loudspeakers. 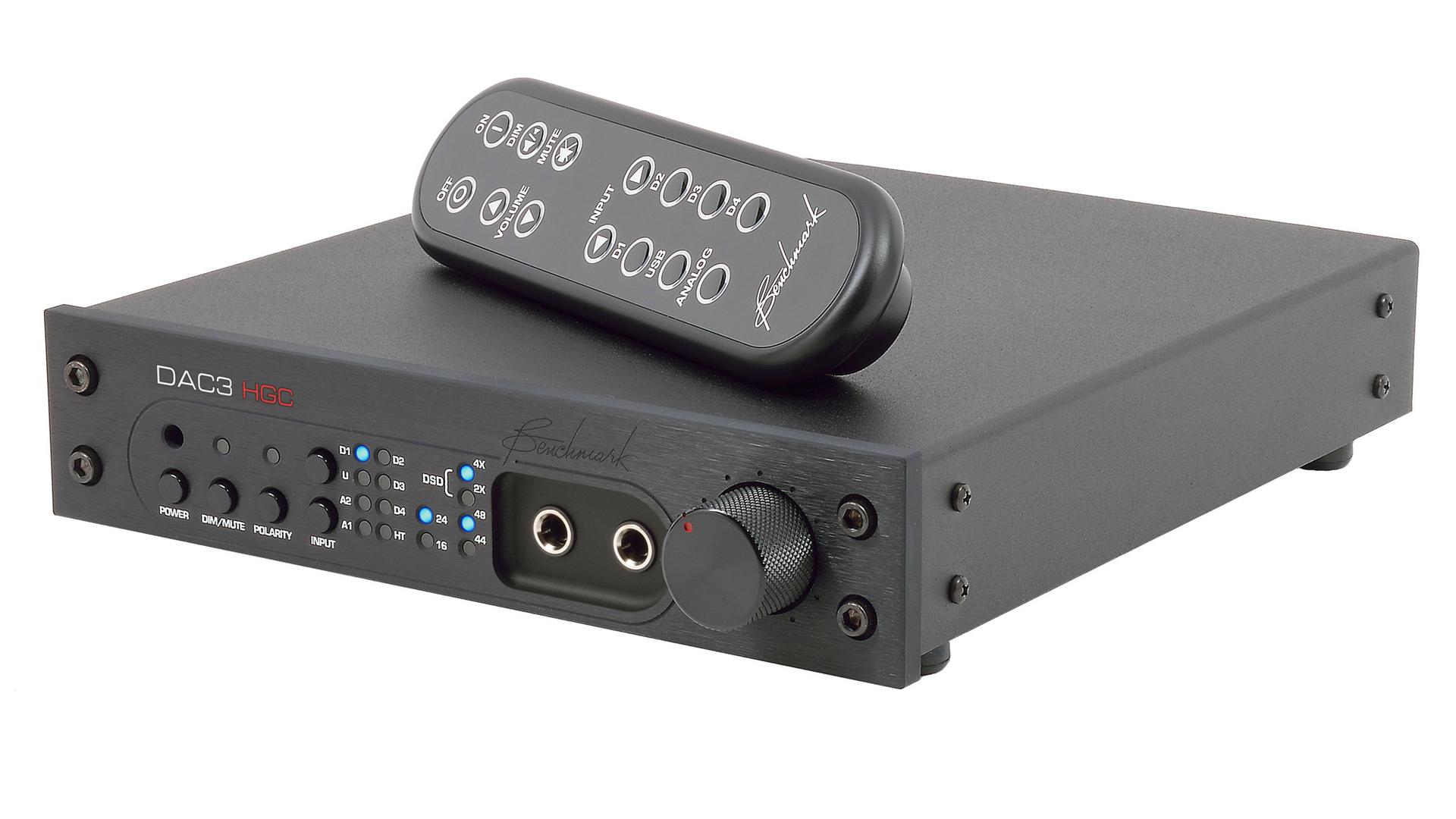 What surprised me about the DAC3 was just how capable it was with a surprisingly catholic selection of music. It’s easy to point to a few audiophile recordings that sound great, in part because they sound great on anything, but this is more accommodating beyond the audiophile comfort zone. I’ve been playing Gang Signs & Prayers by Stormzy [#Merky Records, on TIDAL] and grime isn’t high on the playlists of audiophiles, but it seriously works through the Benchmark DAC3. It’s fresh, clean, and dynamic, never once making too much of a thing about the compression, exaggerating the top-end, or making it seem too diffuse or amusical.

There’s an intrinsic sense of honesty to the sound. Stormzy’s fun but there isn’t much imaging involved, where ‘It’s Goodbye And So Long To You’ from Alison Krauss new Windy City album [Capitol, also on TIDAL] is atmospheric and expansive, with Krauss’ soprano soring high and pure, with an almost nostalgic acoustic bluegrass backing sitting a step or two behind and around her. Even moving to large scale orchestral, or transient-led electronica didn’t phase the DAC3 HGC, as it always sounded, just right… in the Goldilocks sense.

Looking to the headphone amplifier, and in passing addressing that claim about balanced operation. I think Siau has a point, that the importance of balanced operation in headphone amplifier is not necessarily a requirement of better sonic performance, simply a means whereby an expensive headphone amplifier can justify additional cost. That being said, the full Questyle Golden Stack (which is a true balanced, dual mono design) does sound exceptionally good. But the Benchmark more than makes its own argument through its own sound quality on headphones. As with its predecessor, the headphone amplifier is detailed and capable, can drive practically everything with ear-cups (save for electrostatics), and yet is noise-free enough to work with very sensitive IEMs. And again, pragmatism reigns here: there are sonic benefits to be had moving from the DAC3 up to either one of the ultra-DACs or a dedicated and expensive standalone headphone amplifier, but they become harder to justify as they will not come cheap.

Downsides are few and far between. OK, so if you want to do some custom configuration (such as modifying the headphone or the XLR gain) adjustment is through internal jumpers, but for most situations, you’ll never need to pop the case on the DAC3. Other custom modifications are ‘power chord’ multiple key presses on the front panel. In fairness, similar functionality issues were logged in the DAC1 and DAC2 and didn’t cause great distress. It’s more that engineers design engineer-led products that are easily understood by engineers, and the rest of us don’t think like engineers. The rest of us have a few glowing light learning curves to overcome. No biggie! 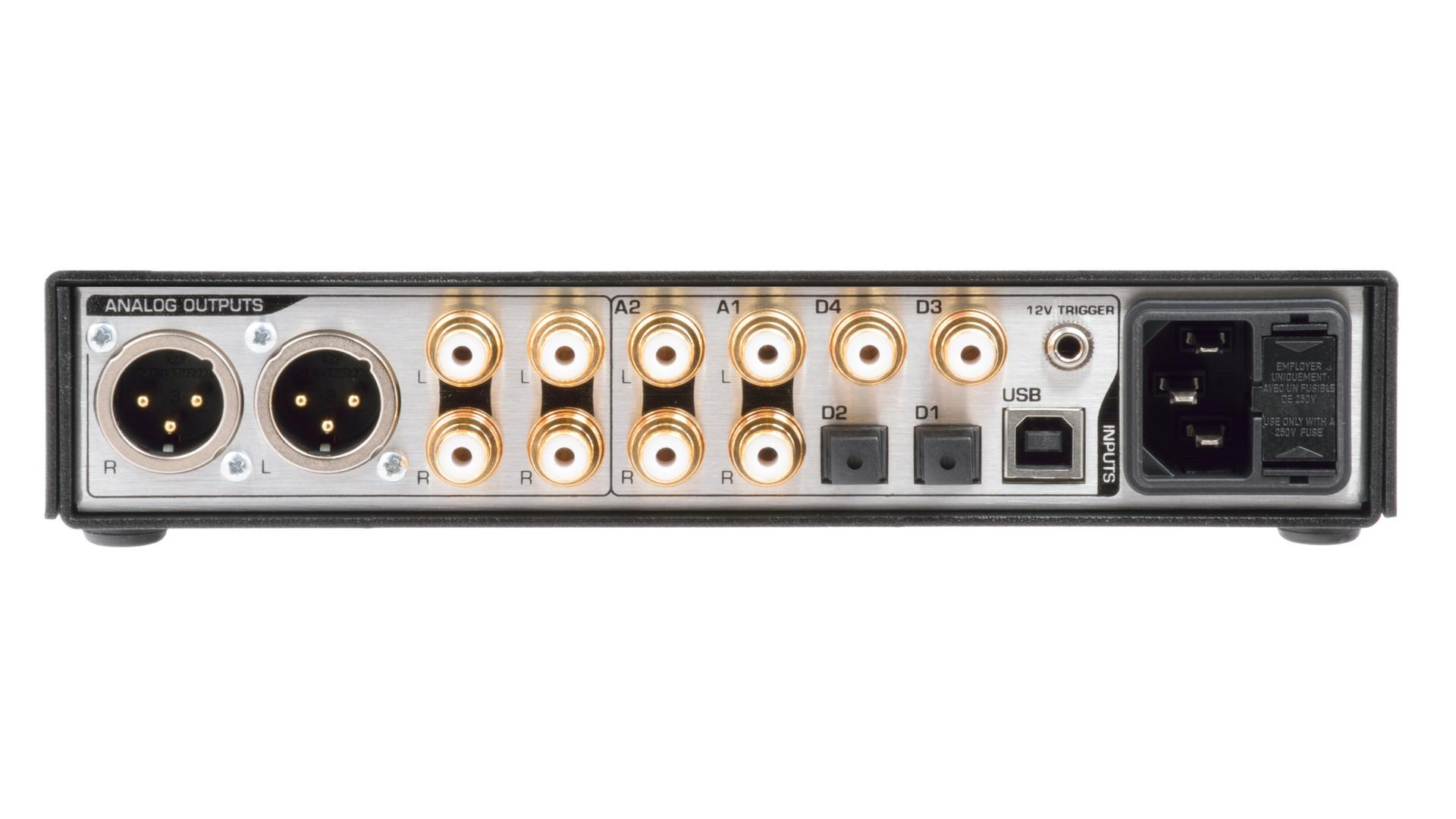 If ever there were a reason to shout how we are living in a golden age for music lovers, it would be Benchmark DAC-shaped. The DAC3 HGC is the kind of DAC that not only pushes the technological envelope, but also does so without sacrificing the sonic performance, and doesn’t cost as much as a car in the process. Highly Recommended!

Distributed in the UK by: SCV Distribution