The headphone market is in a constant state of flux. The old-school ‘big guns’ (Beyerdynamic, Sennheiser, Sony) have been challenged, first by Beats, and more recently by smaller start-ups with maybe just one or two products targeted at a very specific market. So it is with Base Audio and its Reflex G7 headphones, one of just two designs (the other being a set of extremely affordable G8 earphones) in the comparatively new brand’s line-up.

Reflex G7 was designed from the outset to be an affordable, well-made, semi-open-backed headphone design, using a lot of polished aluminium in the ear cup and head-band arms, and spring steel in the head-band itself. The grille opening the headphones to the outside world is a well-made convex mesh, akin to the cover on a Shure SM57 stage microphone, and is extremely resilient to knocks and scuffing. I’m sure using the grille as some kind of hammer will damage it, but in day-to-day use it will stand up to workaday mistreatment well. It does make the Reflex G7 quite permeable to the outside world (although classed as a semi-open design, you can hear what’s going on around you when listening to music, and the rest of the world can listen in on your taste in music), but it is small, light, and sensitive enough to be a commuter headphone, just not the first choice for overcrowded and very noisy London Underground trains.

Base Audio’s transducer of choice is a single 40mm dynamic driver; there is no secret sauce to this unit, but Base Audio are not making public the materials and construction of that driver and there is no way of getting access to it without ‘deconstructing’ the headphone in a dramatic way. It’s designed as a 32 ohm impedance design with a rated power input of 40mW and a maximum of 100mW, so Base Audio is very much intending this design to fall into the category of being used with smartphones and low-power DAPs, rather than demanding use with desktop devices. 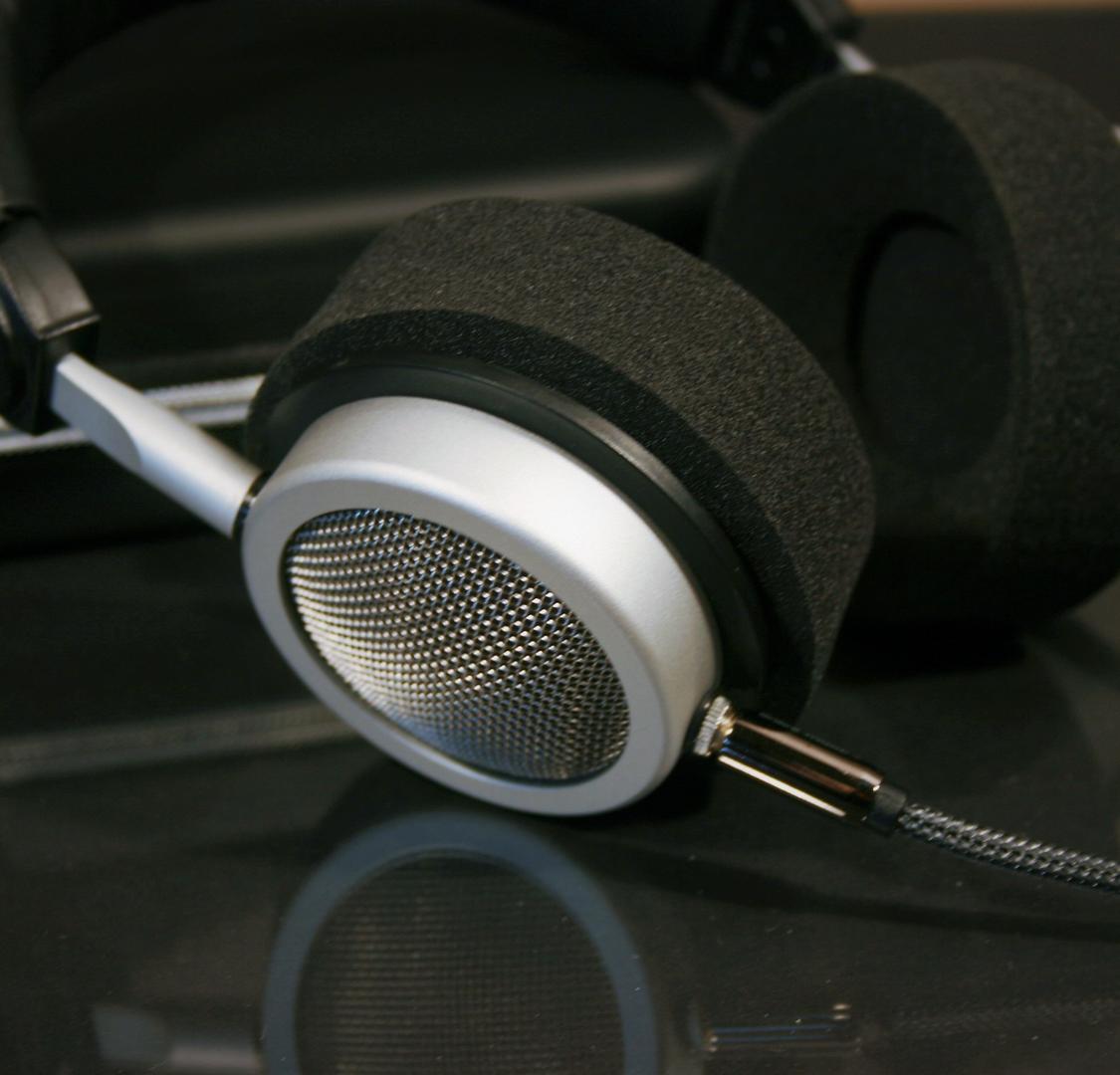 The supplied headphone cable (a high quality, stiff braided, no-tangle affair) is a 3.5mm TRS Y-cable, meaning it takes a stereo signal and passes it to both left and right ear-cups. The headphone itself determines which is left and right channels, and this is described in the headphone band itself. This is one area that could be improved, as the marking denoting ‘left’ channel is very hard to see (it’s a raised plastic ‘L’ on the underside of the left headband terminator below a hex bolt, written both in roman capital script, and – as is too often overlooked – the raised three vertical dots denoting the letter ‘l’ in Braille). There is no direct instruction on how to find this snippet of information on the instruction manual, so you might spend time scrabbling around to try and find this every time you grab the headphones. A little splash of colour or a more obvious identifier might be useful here (a tiny blob of red Sugru on the inside of the right hand headband terminator would be enough). However, the overall look is elegant, rather like a designer Grado. The headband is made of soft and tough black plastic that is not quite grained enough to be ‘pleather’, but is comfortable and never feels heavy or sweaty. The headphones pivot well on the aluminium arms, allowing flat-pack carry, although they do not fold into the earphones for carrying in a half-moon carry case. From a Euler-angle point of view, the headphone allows adjustment in the Z-axis, but limited X and Y axis adjustment, but the aluminium arms extend well allowing the headphone to be easily accommodated on all bar the most hideous of head-shapes. Those soft foam black donut pads (which are said to be washable in warm water, and are easily replaceable) help here, too. In use, I found them extremely comfortable, even after hours of listening, and the balance of weight vs. solidity of build is just about perfect: they won’t break, and they won’t break your neck in the process!

Although the market for high performance headphones has grown exponentially in recent years, it’s still relatively rare to find headphones designed for the smartphone set that are also aimed at audiophiles. Models by Bowers & Wilkins, Sennheiser, and Grado aside, many of the best enthusiast models are designed for home use and what hits the road is often lumpy and thumpy in the bottom end, thanks in no small part to the success of Beats. This is something of a double-edged sword for the likes of Base Audio, as many of its potential customers may have come from the Beats line, and find the more neutral balance of products like the Reflex G7 too thin for their liking. However, the more they listen, the more they discover this sound is actually more accurate… if they can get past the initial sonic hurdle.

As an enthusiast, minted long before the Beats Generation, the Reflex G7 is easy to like. The headphones go for the refinement option, with an accurate, even-handed, and extended treble, an open midrange, and a taut, precise bass. This comes across well with tracks like ‘Mera Kuchh Saaman’ [Kronos Quartet, A Thousand Thoughts, Nonesuch], where the atmospheric interplay of Middle Eastern and European instruments blend together seamlessly. It’s the midrange where this album is at its most expressive and expansive, with a sophisticated and complex mix that extends into the bass and treble from there. And it’s the midrange of the G7 that is the first thing that strikes you, because it is so effortless and enjoyable. That effortlessless combines well with the open-backed nature of the headphones, placing the music in your environment, rather than isolating you from your surroundings. This is a peculiar, but in fact extremely attractive, aspect of the headphones presentation: sounds around you are not heavily attenuated by the Reflex G7 (it’s no noise canceller, that’s for sure) and the sounds from the headphone appear to fold into the outside environment, and the result is both extremely natural and very relaxing. Of course, this has two side issues: if you want absolute silence in your background, get used to listening in some very quiet environments, and if you listen to music in the family room, be prepared for the family to get a little upset at hearing some of your music, too. That being said, the amount of leaked noise is less than many Stax models and is about as noticeable as the leakage you might get from a pair of similarly priced Grados.

I keep coming back to Grado because in some respects, the Reflex G7 look, sound, and perform like a Grado design, extensively redrawn for the 21st Century. They have the rhythmic ‘bounce’ of classic lower-cost models, but without the distinctive character of some of these designs, and they have the openness and transparency of more upmarket models. That’s virtually a best of all worlds. And yet, for all this, the Reflex G7 is no Grado-clone, as it has its own characteristic sense of mid-range honesty and extension. 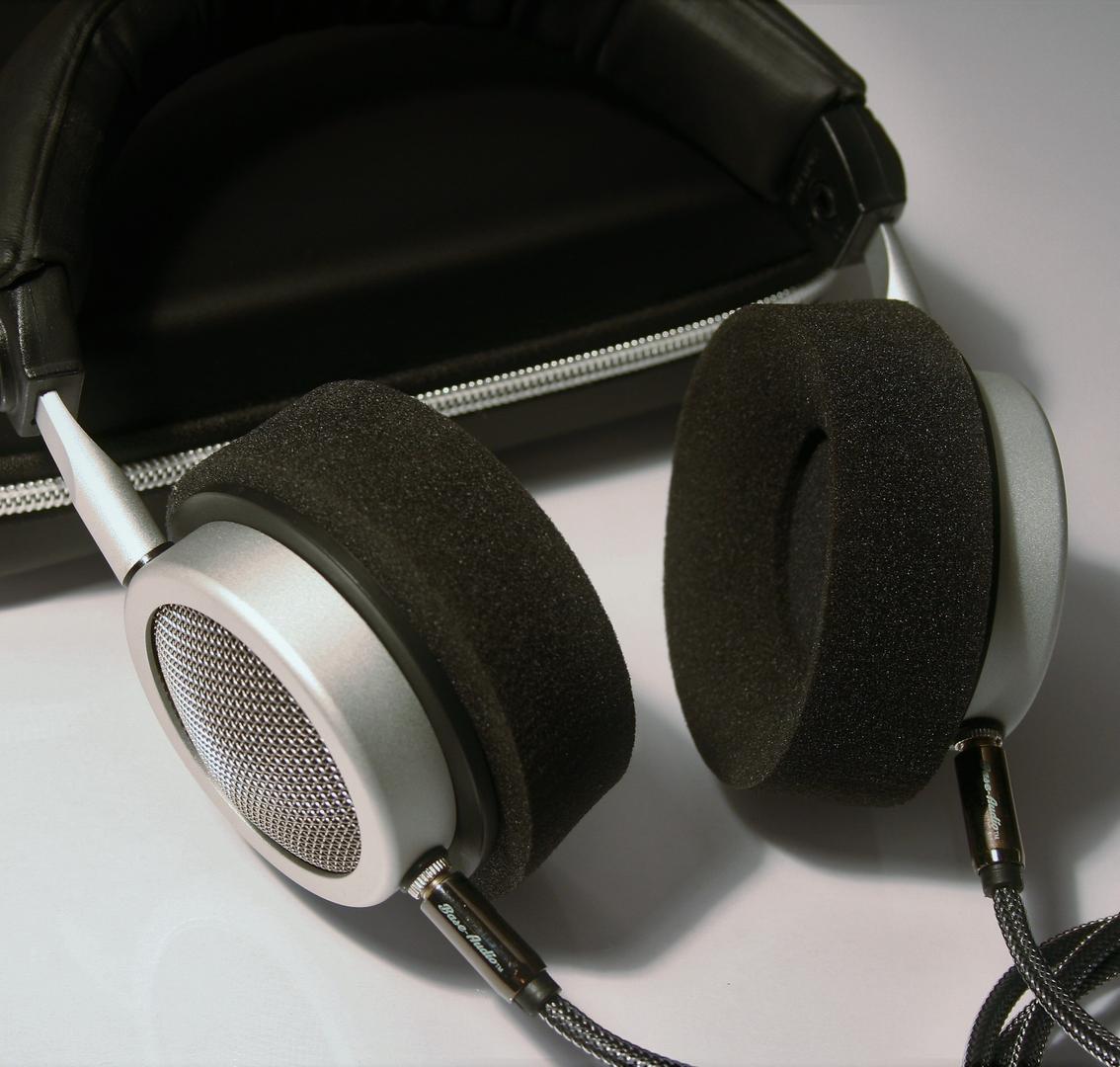 OK, let’s be honest, here. The Base Audio Reflex G7 are good headphones, keenly priced. They are not giant-slayers. No‑one who knows their way around a pair of truly top-end headphones is going to think about trading them in for a pair of Base Audio Reflex G7. Focal’s Utopian design team can sleep safe at night, and MrSpeakers isn’t going to become MrOutOfWork any day soon because of the presence of the Reflex G7. I’m sure the Base Audio folks would beg to differ, but the reality is they are very, very good open headphones that go mano e mano with the likes of Grado (an obvious competitor) and walk out of that fight with head held high. If you are in the market for a pair of headphones at anything between about £250-£500 – for both domestic and/or portable use – the Reflex G7s muscled their way into a very contended market on sound quality alone.

Using British-grade understatement, I’m rather fond of the Base Audio Reflex G7 headphones. They tick many of the audio enthusiast boxes of neutrality and bass precision over bass impact, but without incurring the audiophile price magnifier that so often afflicts our world. That makes them more than worth checking out!

Manufactured by: Base Audio