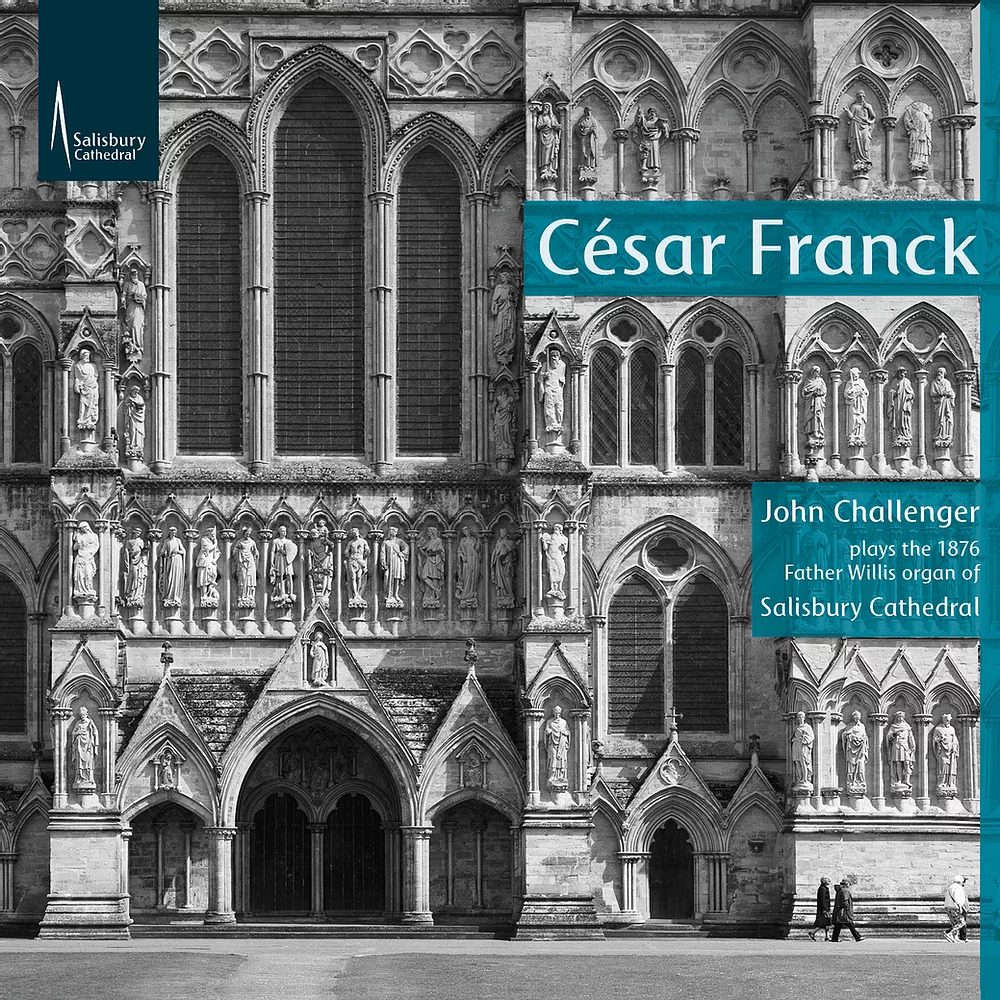 Salisbury Cathedral’s Assistant Director of Music, John Challenger, releases his second album on the Cathedral’s famous Father Willis Organ. This stunning instrument, built in 1876, is currently undergoing major restoration, but its glorious sounds can be enjoyed via this new album, which was recorded prior to the dismantling of the instrument earlier this year.

In this new recording, John plays the major organ works of the nineteenth-century composer and founder of the French Symphonic organ school, César Franck. The programme includes Franck’s Pièce Heroïque, the Prelude, Fugue and Variation, and the Cantabile, along with the gigantic Three Chorals for Organ, which Franck composed in 1890, immediately prior to his death. The romantic sounds of Salisbury’s iconic pipe organ, along with the glorious acoustics of Salisbury Cathedral, are a perfect match for this repertoire.

This is the first album to be released independently by Salisbury Cathedral, and all proceeds from sales of this recording will help support the music at the Cathedral.