Danish cable expert ZenSati is one of those cable brands that pitches itself firmly in the highest of high-end positions. This brand is very much at the Rolls-Royce level in audio, both in price and performance, but Authentica is the brand’s latest and most attainably-priced range to date. It uses many of the technologies and lessons learned in the company’s more up-scale lines like sILENzIO and Seraphim, but does so in a package that is more in line with high-end convention.

Although there are tonearm and digital cables also in the line, we concentrated on the trinity of power cord, RCA analogue interconnect and loudspeaker cables. The Authentica cables all share a common design, using twisted, smooth silver-plated copper conductors. These are extremely well insulated with an air-filled dielectric. The connectors for speaker cable, interconnect, and (in the UK at least) IEC socket are all custom designed by Furutech with a highly reflective outer finish, and all share a silver shielding braid and outer sleeve with the signal cables running an additional red strip along one of the paired conductors to denote positive connection). ZenSati pays great attention to the assembly process (check the videos on the ZenSati site to see just how attentive), ensuring the conductor and insulator are built under controlled conditions to extremely tight tolerances. This includes high-pressure crimped connection points, reinforced with tin-silver solder, as opposed to seemingly more modern concepts like laser welding.

The company has spent a long time investigating different combinations of materials used for conductors and insulators. In its conductors at this level, ZenSati’s head honcho Mark Johansen has determined that pure silver is sub-optimal, while pure copper conductors with a solid layer of pure silver (in the correct proportions) is ideal for signal transfer. ZenSati also uses a lot of techniques (like cryo-treating) to get the cable in perfect fettle for the listener. 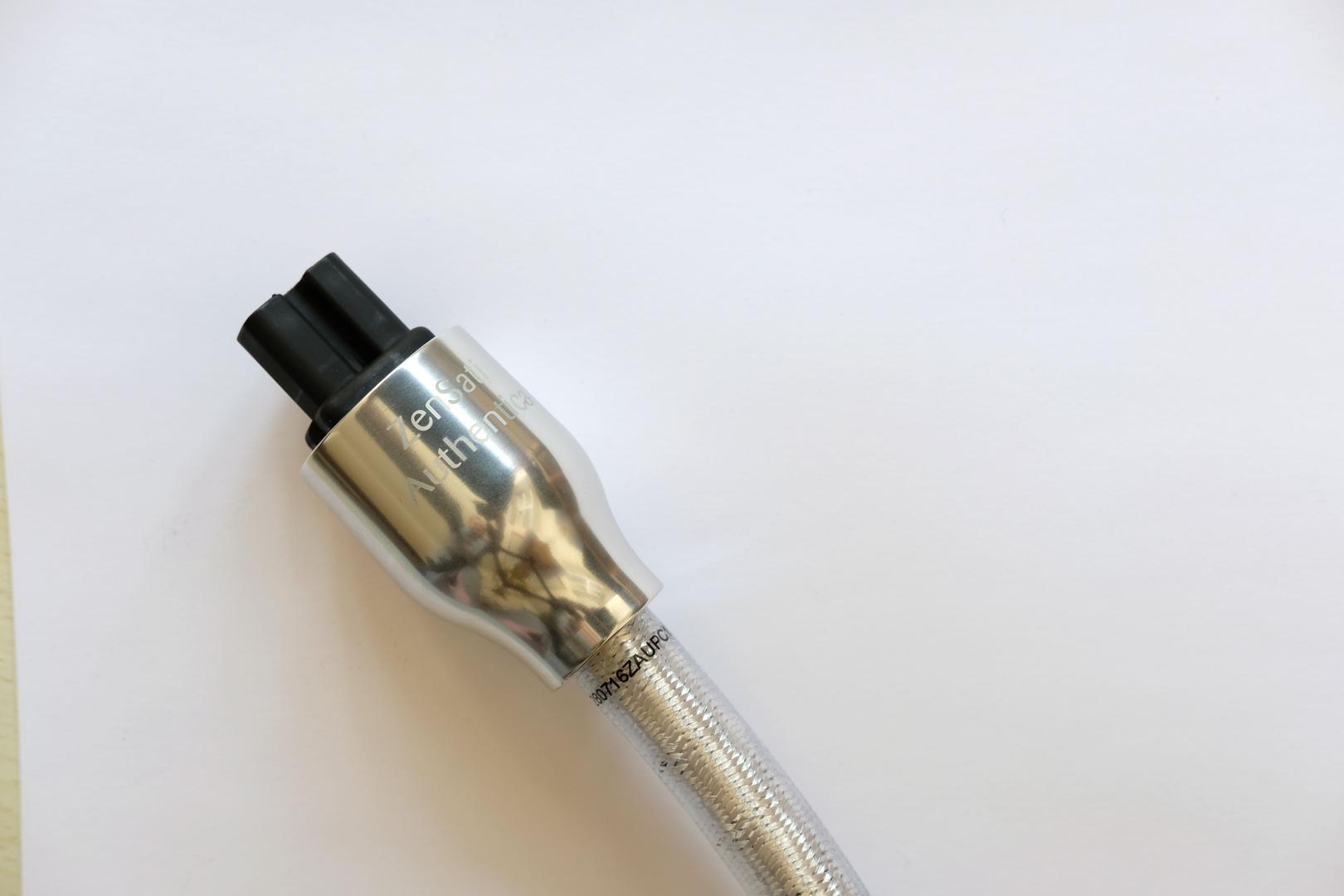 The overall look and feel of the cables is outstanding. They arrive packaged in elegant black leather presentation cases with plush interiors and the brand name etched in silver along the top. They include a certificate of ownership and a warning not to bend the cable too much as it can damage both cable and conductor. Damage caused by bending the cables too tight is not covered in ZenSati’s warranty. In reality, this is probably only an issue with the power cord, which is pretty thick.

Johansen gives almost nothing away about the cables; construction type, gauge of conductors, and any other special aspects of design and development are kept firmly under wraps. This is becoming a more common function of cable making, and as few people are going to slice chunks out of a cable costing thousands just to prove a point about the design, we have to bow to the designer’s wishes to keep shtum on the subject.

Cables at this level are often considered as part of a ‘family’ or ‘loom’, in that that they work best as a complete system from front to back. Authentica is different; you can put just one cable into a system and hear the benefits. Yes, it’s best if you do go for a complete ZenSati rig from wall to speaker, but unlike many of its rivals, it’s not mandatory, and one ZenSati cable is not a beachhead for more to follow. This is a good thing because it allows the listener to upgrade in stages should they wish without undermining the performance of the system in the intermediary steps.

Nevertheless, the ZenSati cables have a sound common to them all, and it’s a fundamentally uncoloured, not peaked or pitched up, and extremely even-handed design. This is where the concept of the ‘mug’s eyeful’ falls apart: a big silvery sounding cable should sound big and bright if we listened with our eyes, where these cables are intrinsically well-balanced tonally, and if anything tend slightly toward the dark.

This even, accurate nature has an obvious advantage in that the cable makes your system sound like it doesn’t need to try so hard to make a good sound. It just does good sound effortlessly. Like the amplifier is not having to strain as much at any given level. Nothing draws attention to itself in Authentica’s sound, and that absence of alterations or colorations is what marks the ZenSati cables out as so good.

It’s strongest suit (if you can call it that, the cable’s absence of intrusion into the signal makes ‘strongest suit’ sound like emphasis. Instead it’s just recognition) is the depth of the soundstage on any good recording, but if that sounds a bit audiophile in approach, crank the system up through Authentica, and wig out a while. In playing loud and hard, the cable exhibits great dynamic range, but less dynamic and more ‘beauteous’ works display the optimum sense of musical flow.

Whichever cable you choose, though, here’s a little tip. Use it for about half a day or so, then play a specific track, then remove and replace with your previous cable. Play the track again, and it sounds just a little ‘off’. Where before it was cruising in sixth gear, now the timing has gone off the boil, or the engine management needs tuning. In other words, ZenSati Authentica really ties your system together. Highly Recommended!

Distributed in the UK by: Audio Reference

Burmester at the Mercedes Benz apartments