If there is an immutable law in modern-day audio, it’s that special editions don’t come cheap. If there is a second immutable law, it’s that cheap only happens in far-away places. So if Vienna Acoustics’ evergreen Haydn compact ported two-way stand-mount loudspeaker was built as a 500-model limited-run ‘Jubilee’ version to celebrate the company’s 30th year, you wouldn’t expect it to be more affordable than the main run product, and you definitely wouldn’t expect a product as well made and well-specified at this sort of price to be made in Europe. But that’s Vienna Acoustics for you!

It’s hard for me to think of the Vienna Acoustics Haydn Grand (or the latest Grand Symphony Edition) without recalling the original Haydn. Back in the 1990s, while working for another audiophile magazine, that first Haydn was one of the most memorably ‘right’ sounding ported two-way stand-mounts of its generation. Things moved on and newer, bigger versions of the Haydn were launched, but the archetypal Haydn was never far from memory. And, for the 500 owners of the limited-run Haydn Jubilee, it’s not even a memory, because the Haydn Jubilee is a modern recreation of that original, memorable, Haydn. It’s also £500 cheaper than the standard £1,600 Haydn Grand Symphony Edition, that has long been and will continue to be a fixture in the current Vienna Acoustics line-up. 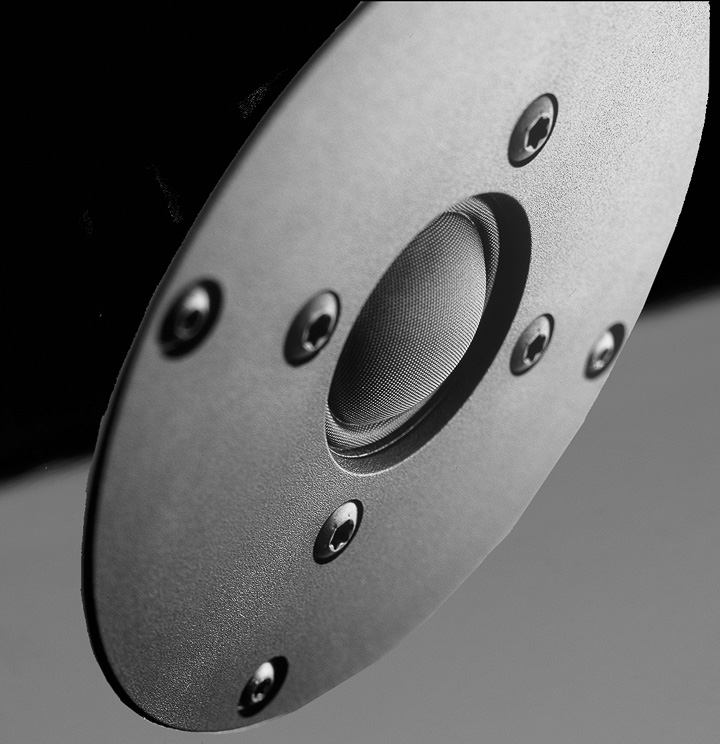 The Haydn Jubilee uses the same 25mm soft dome tweeter as the original (the current Haydn Grand SE uses a truncated tweeter surround – the horn of the tweeter remains extant, but the far left and right of the surround are removed as this is the excursion point for the bass port), and the loudspeaker has a more traditional – and extraordinarily well-built – rear-firing port. The 140mm bass driver is more in line with the original model, retaining the transparent ‘X3P’ cone material. Even the logo on the front replicates Vienna’s original V-shaped identifier, although this one is in a gold finish, as is the rear panel. The loudspeakers feature push-on grilles (magnets are just so 21st Century), but these are best left in the box. The finish is a rich piano gloss… combining Vienna, black and gold, and elegant Italic fonts, you can’t help thinking of pianos, which is handy because the loudspeakers really sing when playing piano music.

Listening to the Haydn Jubilee is a little like stepping into the audio Wayback machine too but in a good way. They work best resting on blobs of Blu-tack on 24” stands, sand-filled and spiked to the floor, with a mild toe-in and at least a couple of feet from the rear and side walls. The Haydn Jubilee sound best when partnered with well-designed and moderately powerful amplification and used with stranded copper cables. In other words, precisely the kind of system one might have put together with a loudspeaker like this at the end of the last century. Run in is handy, and the bass of the loudspeakers fills in over time, but the fundamental performance of the loudspeaker is more or less cemented in place straight out of the box. There’s just more of it to play with as those drive units loosen up.

Everything about the Haydn Jubilee is recreating the Haydn of old. Consequently, the sound of Vienna Acoustic’s birthday present is from a time before people equated ‘detail’ with ‘brightness’ and instead treated the two as distinct sonic entities. The Haydn is a detailed but not bright loudspeaker, and while that might seem like an alien concept to some, those who listen to unamplified concerts hear it all the time. However, that piano music quip at the end of the last-but-one paragraph wasn’t just there because of the gloss; listen to well-recorded – but more importantly, well-played – piano and you are transported to the concert hall. It doesn’t matter whether that piano is being played by Keith Jarrett [The Köln Concert, ECM] or Alfred Brendel [Beethoven: Favourite Piano Sonatas, Philips]; what matters is the separation of notes (without separation of the intention behind the notes), and the sense of physical solidity of the piano. This is surprising because typically solidity is a function of bass deeper than these loudspeakers can produce, and yet the sound is not ‘tweaked’. It’s just that those piano sounds are so intrinsically ‘right’ we expect it to have that physicality.

Similarly, adding more orchestral instruments doesn’t phase the Haydn. Of course (given the name) it excels at string quartets, but it’s worth remembering Haydn also penned the Nelson Mass [Kings College Choir, LSO, Wilcocks, Decca] and the Vienna Acoustics loudspeaker plays this with gusto and plenty of atmosphere. The dynamic range of the loudspeaker is perfectly balanced here; not so energetic that it makes a Kyrie sound operatic, but in no way foreshortened. This is not a recording of microdynamic shading, but the Haydn Jubilee nevertheless brings out the drama and majesty of the piece by revealing those subtle textures within the recording itself. This is as much about image space and dimensionality, and the speaker makes a great soundstage. 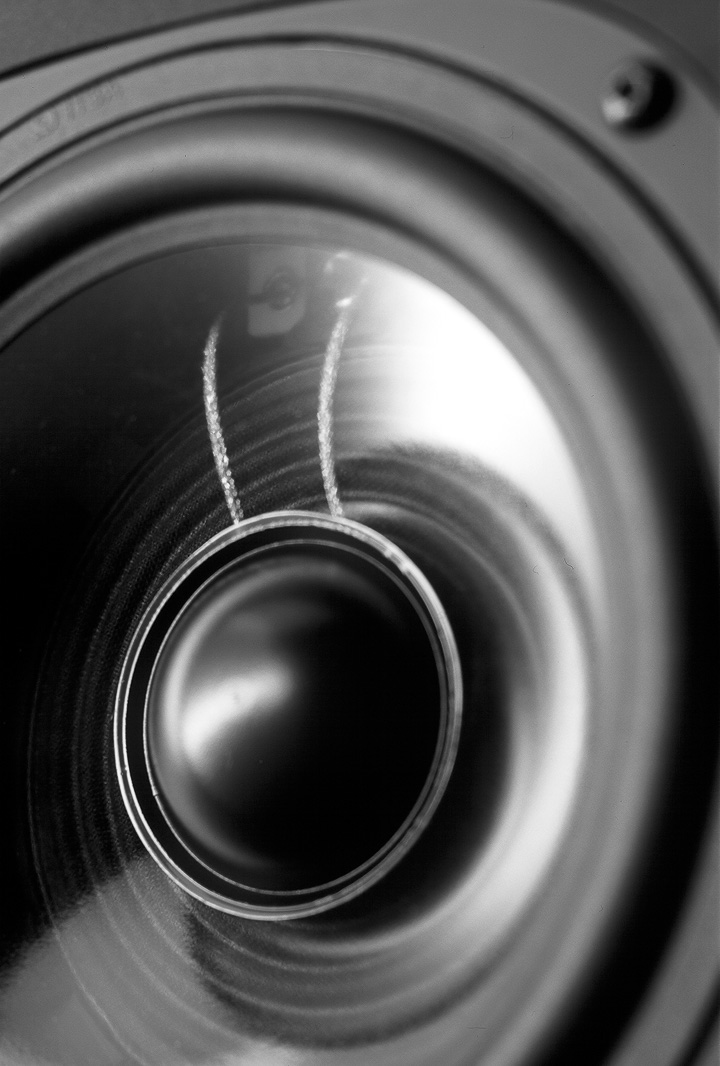 The stock and incorrect response to the above description is ‘it doesn’t rock’ (just as any mentions of rock music mean ‘it doesn’t do classical’). In fairness, naming a loudspeaker after a composer who more or less invented the string quartet does give rise to people presuming it quickly falls apart when things get turned to ‘11’. Actually, the Haydn seems remarkably adroit at all musical genres, although it doesn’t give signal compression a soft landing; playing ‘Vossi Bop’ by Stormzy [#Merky Records, Tidal], his lyrics are extremely cogent and articulate, but the backbeat is thin and reedy. Loudspeakers that accent the 80Hz region make this single seem more powerful than it actually is, but sometimes the truth hurts. No such problems are reported on something like ‘Bohemian Rhapsody’ by Queen, which rocks along at a fair pace and lick when the size of the speaker is taken into account.

In an important way, what the Haydn Jubilee does so well is be better than the sum of its parts. It’s a fine imaging, dynamic-sounding, and inherently musical loudspeaker that only draws attention to the music it is playing, regardless of the type of music being played. Many loudspeakers do this, but the Haydn does it with such effortless charm and elan, you can’t help but like it because of the way it makes you like music.

The limits of the loudspeaker are honest and are functions of the basic physics of a ported cabinet of this volume. You can bend the physics a bit, but in so doing undermine the sound. Most companies put up with that, making a loudspeaker that goes a fraction deeper in the bass, but at the expense of a considerably more muddied midrange. Or, they make a design that goes a notch louder, but at the cost of a more intrusive cabinet at all volume levels. In a way, Vienna resolves these limits imposed by basic laws of physics with the current version of the Haydn by making it bigger (and consequently £500 more expensive). In both versions of the Haydn though, Vienna consciously makes trade-offs that don’t compromise the basic performance. It’s a loudspeaker that makes extremely good sounding music at the sort of listening levels that most people listen to most of the time. OK, if your needs are high volumes at all times, then you might want to make a different set of compromises; for example, you might put up with a less good loudspeaker, or a far larger loudspeaker and a far bigger hole in your wallet. But for the typical listener, the Haydn is just a great sounding loudspeaker.

Vienna doesn’t break new ground with the Haydn Jubilee, but that’s probably not what you want from a company like Vienna Acoustics. This is a company that makes traditional audio at its best, makes it well, and doesn’t simply change direction with market trends or fashions. And while this is essentially a really well-built version of the classic Haydn, the listening shows there is nothing whatsoever wrong with that! My thirtieth year was remarkable because I once shared a bedroom with an active wasp nest; Vienna Acoustics has gone for something with less of a sting in its tail, and it sounds great in the process. 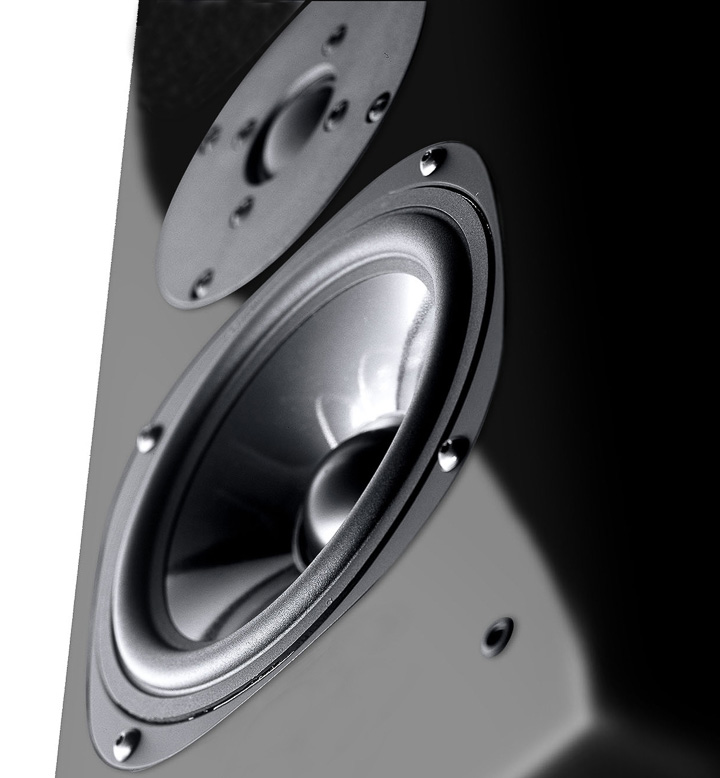