“Never mind the quality, feel the width”. Citing the title of a ‘60s UK sitcom is not the most zeitgeisty way to begin a review, I realise – but it’s nevertheless appropriate, for no other reason than Triangle’s brand-new Borea BR03 standmounting loudspeakers aren’t the most zeitgeisty product.

These days, a modestly priced pair of speakers like this tends to be designed as either a gateway drug into a life of hi-fi hedonism or as an accompaniment to a compact all-in-one system. And, first and foremost, they tend to be of manageable size. Look at the companies who have dominated the entry level during this century (Q Acoustics, Monitor Audio or DALI, for instance) – if their £300–£400 standmounters have anything in common (beyond excellent pound-for-pound performance), it’s that they’re usually small enough to remain discreet.

If there’s any such thing as a typical Triangle loudspeaker, it features a large cabinet and a large number of drivers. And while Borea BR03 is just a two-way design, its cabinet is (by prevailing standards) undeniably on the large side. There’s no replacement for displacement and significant internal volume never held a loudspeaker back before, so that the Borea BR03 are a shade larger than the typical ‘bookshelf’ design normally touted at the price should prove popular.

What is certain, though, is that Triangle hasn’t allowed the need to hit an extremely modest price point to compromise its engineering principles. Yes, that hefty cabinet is covered in the sort of vinyl wrap that’s much more the norm than the exception at this price. But after that, Triangle’s Borea BR03 are specified like more expensive speakers.

Inside the precisely-cornered cabinet, for example, Triangle has deployed its Driver Vibration Absorption System: perforated MDF panels and foam gaskets stiffen the enclosure, and both reject and absorb unwelcome vibration at the same time. At the back of the cabinet there are nice chunky gold-plated binding posts capable of accepting a 4mm banana plug.

And up front, the bottom of the baffle is dominated by a couple of forward-facing tubular reflex ports – these should offer a degree more flexibility when it comes to positioning the BR03s, if a little less opportunity for fine-tuning low frequency response, than the more usual rear-firing arrangement. Above them sits a 165mm mid/bass driver with a diaphragm built of natural cellulose paper, bulleted in the centre for the usual reasons. Triangle is 40 years old this year and has been designing and building its own drivers for the last 35 of them – this particular driver technology has trickled down from Triangle’s more expensive Esprit Ez range. Up top is a 25mm silk dome ‘Efficient Flow System’ tweeter – it’s sited behind a phase plug designed to make the highest frequencies less directional,  and thus the speaker (once again) easier to position. The speaker grilles are attached magnetically, although the grille-off appearance of the BR03s is so fashionably retro that a quartet of grille-holes would look appropriate too.

There are some other worthwhile numbers attached to the BR03 beyond the 38 × 21 × 31cm cabinet dimensions. Frequency response is a claimed 46Hz–22kHz, which is impressive even by ‘chunky stand-mounter’ standards, while sensitivity of 90dB/W/m and a nominal 8 Ohms impedance shouldn’t make the Triangles all that taxing a load. A 7kg kerb weight per speaker is pretty significant, too.

Securing the BR03s on a pair of Atacama Moseco 7 stands brings them up to a good operating height, isolates them as effectively as they ever can be, and gives a strong visual suggestion of a big, boxy lollipop.

The majority of the critical listening is done using the Marantz M-CR612 (or Melody X to its friends) all-in-one stereo system. It’s as compact as the BR03s are beefy, and during the testing process serves up audio from CD, internet radio and many of the world’s most popular streaming services. Naim’s excellent pocket-rocket NAP 100 power amp (in conjunction with the equally compact UnitiQute 2) is also pressed into service – purely to examine the limits of the Triangles’ capabilities, you understand. Speaker cable is QED’s splendid new XT40i Reference – at £11 per metre it’s at the upper end of what’s appropriate.

It doesn’t take long for the BR03s to establish their modus operandi – once through Count Basie’s technicolor version of The Beatles’ Do You Want To Know A Secret? [Verve] is more than enough for them to lay their cards on the table. 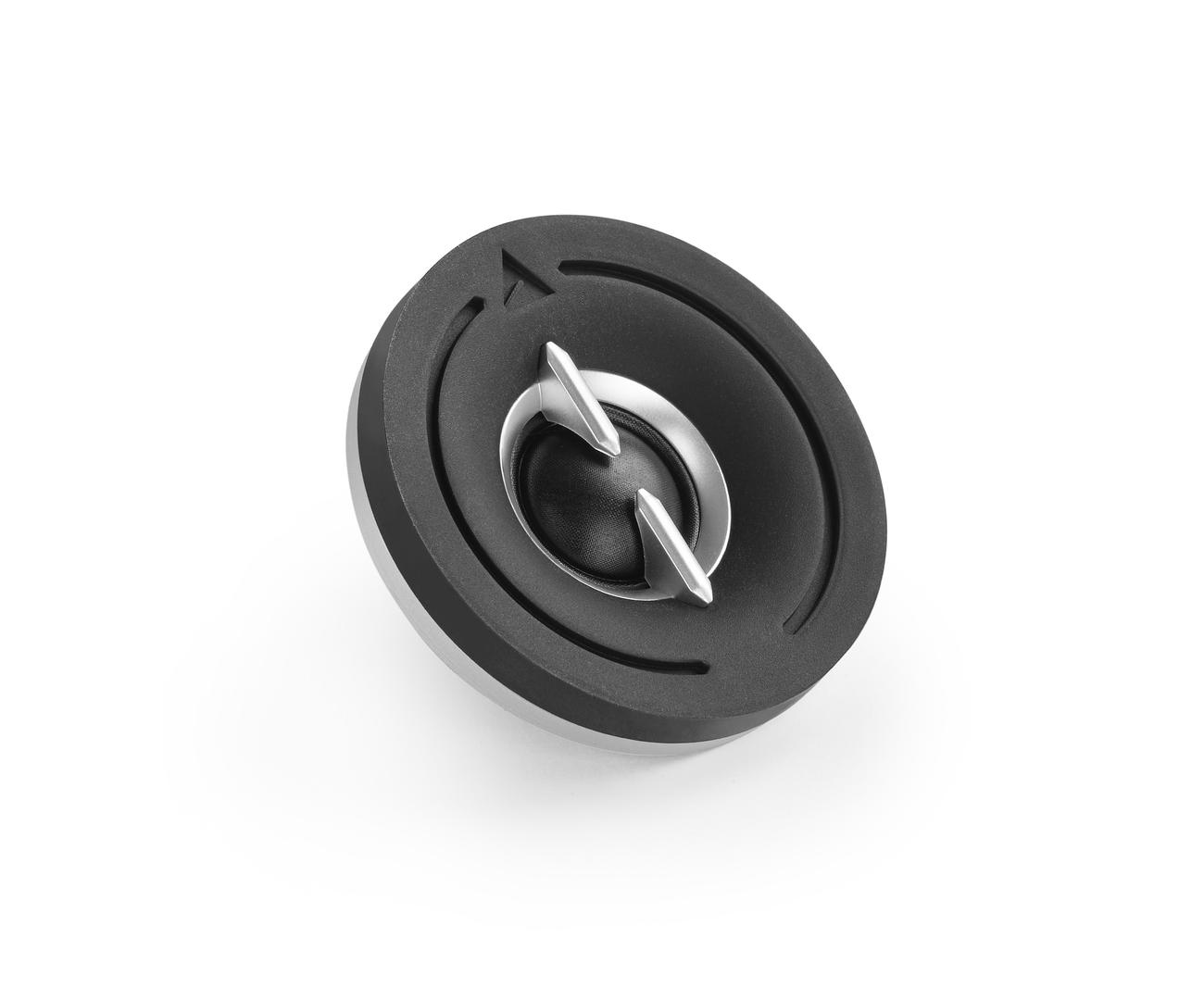 Fundamentally, the Triangles want to entertain you. It’s not that they’re ignorant of the concepts of accuracy and fidelity, it’s simply that they don’t prioritise them. Instead, the BR03 put their emphasis on drive, vigour, punch and all the aspects of music-making that can turn every tune into a party-starter.

The midrange is the attention-hogger here. A biggish band arrangement like this one can too often result in the middle of the frequency range getting crowded and consequently indistinct, but the BR03s do sterling work in keeping competing elements distinct. This lack of clutter gives a reasonable impression of breathing space on what could easily descend into sounding like a congested soundstage, and while the Triangles won’t unseat the (admittedly way more expensive) leaders in the field in the clarity stakes, they’re an enjoyably organised and upfront listen.

Unlike quite a few price-comparable rivals, though, the BR03s don’t confuse excitement with shouting. The hefty dynamic variances in the Basie recording are ramped up confidently, but the Triangles are never in any danger of letting things get out of hand. And their powers of midrange communication are spotlit even more effectively by a listen to Nick Cave & The Bad Seeds’ (Are You) The One That I’ve Been Waiting For? [Mute]. There’s an unequivocal quality to the singer’s delivery that brings makes the character and sincerity of his vocal more significant than the finest details – which is just as well, really, because the finest details tend to go astray in the BR03s’ never-ending quest for scale and dynamism.

Swapping over to Blawan’s Why They Hide Their Bodies Under My Garage? [Hessle Audio] switches the emphasis to the top and bottom of the frequency range, and here too the Triangles are determined, like Viv Savage in This Is Spinal Tap, to have a good time all the time. Treble sounds attack with proper verve and purpose. Nothing in the nature of the Marantz, Naim or QED partners in this test suggests that the Triangles are adroit and direct at the highest frequencies. Place them in a system with a very forthright treble and they could be provoked into brightness, however.

By way of contrast, bass sounds are altogether more disciplined. There’s the necessary punch and heft, but enough control and square-edged rapidity to initially make that claimed 46Hz seem a possible false alarm. In fact, there’s no shortage of extension here – but the control that’s at such a premium at the top end is far more apparent down at the bottom.

Overall tonality is generally convincing (though the bass response can rob some recordings of richness) and that’s true of timing too. Only when a recording gets complex and multi-faceted (as the Basie does, constantly) do the Triangles demonstrate a mild lack of unity and togetherness.

In every other respect, the BR03s fluctuate between ‘pretty good’ and ‘really quite impressive’. They generate scale even greater than they look like they might; their soundstaging is believable; low-level harmonic dynamics are alluded to while broad-strokes dynamism is available in spades. But they’re capable of decent subtlety, too, even if you know they’re drumming their fingers while waiting for the next opportunity to pounce. 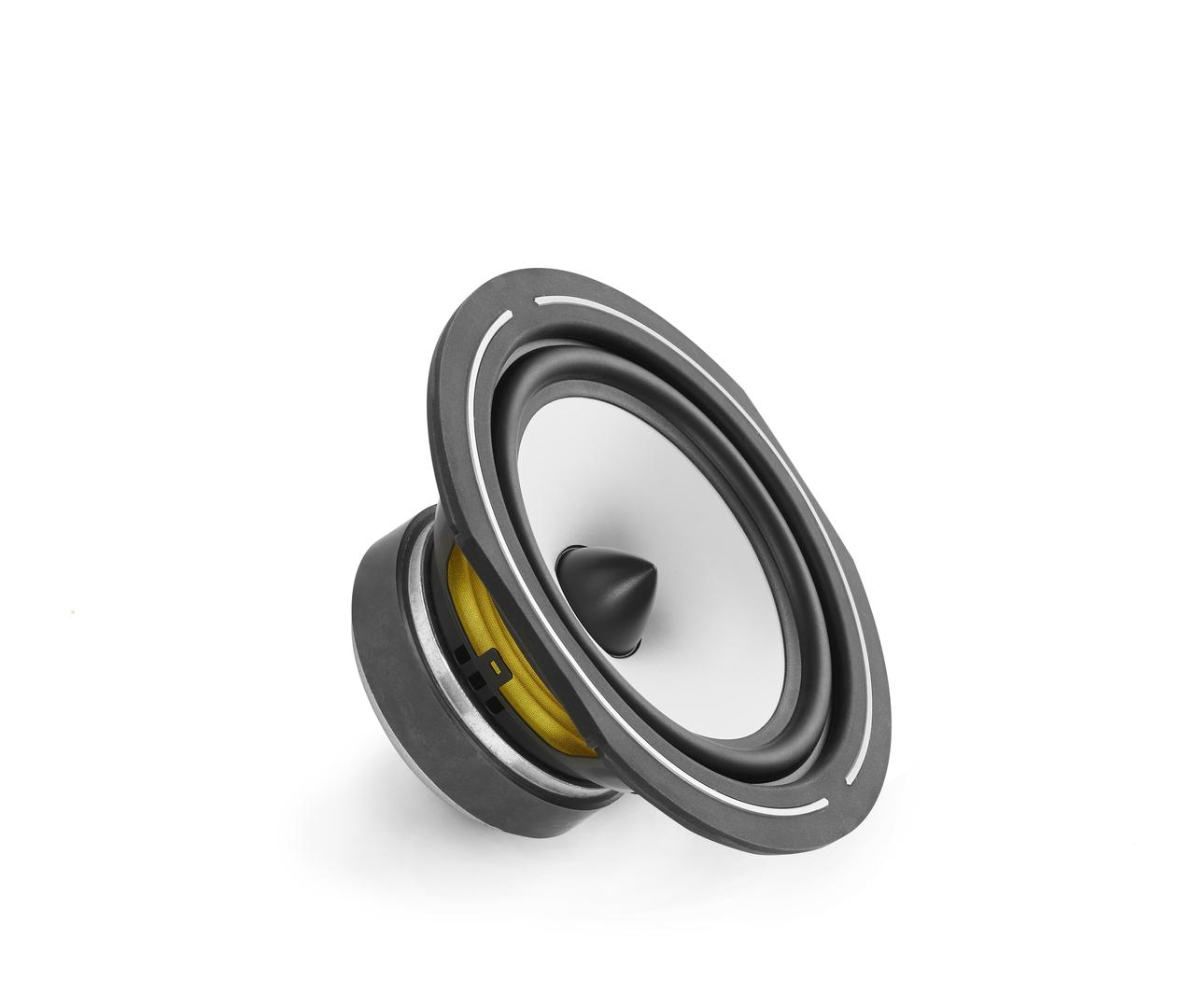 This magazine is far from unfamiliar with speakers costing anywhere between ten and one hundred times the price of the Borea BR03s. But keep the Triangles firmly in context – of their likely partnering electronics, mostly. Then their enthusiasm, verve and straightforward musicality makes them an intriguing choice. And, as is obvious by now, any shortfall in perceived quality is more than made up for in straightforward quantity.