When I visited the high-end audio demo rooms at the Consumer Electronics Show 2017, I quickly discovered some of the biggest surprises came in deceptively small packages. One such surprise took the form of the new Signature One stand-mount monitors ($2,650/pair) from the Canadian firm Totem Acoustic. This is the 30th anniversary year for Totem and the Signature One is intended as a heartfelt homage to the loudspeaker that first put Totem on the high-end audio map: namely, Totem’s original Model 1 monitor.

In many ways the Model 1 set the pattern for future generations of Totem products in that it was a modestly sized, reasonably priced, and wildly overachieving stand-mount monitor whose performance far exceeded listeners’ expectations for a speaker of its size, type, and price. Enthusiasts hearing the Model 1 monitors for the first time would walk away shaking their heads in amazement because the speakers sounded bigger, more sophisticated, more capable, and more revealing than at first seemed possible. It is with Totem’s new Signature Ones, which represent a next-generation take on the original Model 1 concept, but executed with the latest and best technologies 2017 has to offer. In a press release on the Signature One, Totem says its goal is to replicate “the excitement generated by the original Model 1… while surpassing its original attributes.” But Totem goes on to explain that the performance bar for the Signature One is set even higher still in that the speaker, “is designed to achieve the same levels of vertical imaging, speed, and articulation as our reference grade Element Metal (floorstanding loudspeakers), but in a much smaller and more accessible box.” 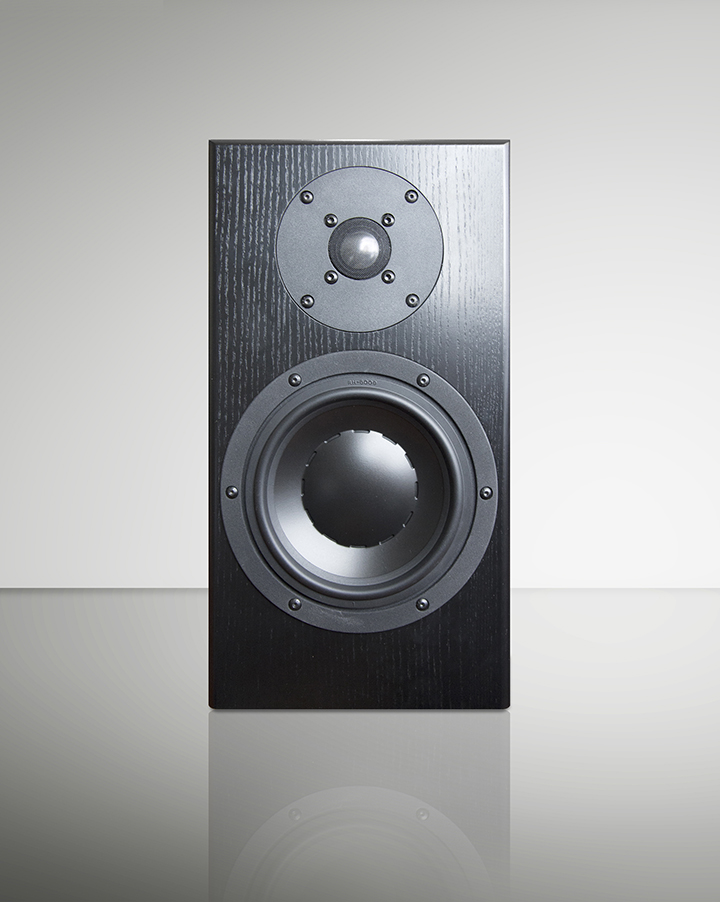 The Signature One is a mid-sized, two-way monitor that features an extremely rigid and well-damped bass reflex enclosure. The enclosure is made of 19mm thick variable density MDF panels, veneered both inside and out for maximum stiffness. To further improve rigidity, there is also a thick, front-to-back stiffening plate with relief holes that enable the speaker’s mid-bass driver and reflex port to ‘see’ the full volume of the enclosure interior. For even greater cabinet strength and long-term stability, enclosure panels are locked together via so-called ‘lock mitre’ corner joints, which offer roughly four times the gluing surface area of alternative joining methods. Finally, the entire enclosure interior is treated with borosilicate damping materials to fight unwanted resonance.

Within the enclosure is found a 165mm mid-bass driver and a 25mm dome tweeter. The mid-bass driver is a very long-throw design and one that uses an extremely large 75mm voice coil, plus a powerful neodymium motor magnet. Company founder and chief designer Vince Bruzzese says the mid-bass driver is fully capable of handling dynamic peaks of up to 600 watts, meaning the driver is not only highly expressive, but also durable. In turn, the 25mm tweeter is a very high quality chambered metal dome design sourced from noted driver maker SEAS and that uses a diaphragm made of a titanium/aluminium alloy. Totem says the Signature One driver complement, “can best be equated with our Forest (floorstanding loudspeaker) model, but with a potential for a bigger and taller image.”

Totem uses premium parts throughout the Signature One and especially in the speaker’s second order, 2.5kHz crossover network. Accordingly, the woofer section of the Signature One crossover features Orange Drop capacitors bypassing other specialised foil capacitors, while the tweeter section uses ClarityCap specialty grade high voltage, metal encapsulated, paper/oil capacitors “for an uncoloured sonic character.” In turn, the crossover incorporates what Totem terms “a mix of very low tolerance and tightly matched resistors from Dale, RCD, and Archromic” to achieve “perfect phase consistency on all dimensional axes.” Inductors are large air-core units that use no magnets or iron, for lower distortion and to prevent saturation that could otherwise occur on dynamic peaks. The speaker is internally wired with custom made Teflon-coated cables whose conductors are comprised of 80% OFC copper and 20% silver. Finally, on its rear panel, the Signature One provides a low resonance annealed aluminium connection plate fitted with gold-plated WBT binding posts.

For my listening tests, I ran the Signature Ones in my reference system whose core elements include a Rega reference-series Osiris integrated amplifier, a PS Audio DirectStream DAC and DirectStream Memory Player, an AURALiC ARIES wireless streaming bridge, a Furutech Daytona 303 power distribution module, AudioQuest digital cables, and Furutech mains, interconnect, and loudspeaker cables. Musical materials consisted of CDs, SACDs, and other high-res disc formats, plus standard and high-resolution PCM and DSD files fed to the system via the ARIES. As it happens, the Signature Ones took their place in my system directly after I had reviewed GoldenEar Technology’s decidedly full-range Triton Reference floorstanders, so I was initially concerned that the mid-size Totem monitors might pale by comparison. Within minutes of connecting the Signature Ones to my system, however, it became obvious they could successfully stand tall in comparison to much larger and more costly loudspeakers.

The Signature Ones are well made though quite simple and modest in appearance, but sonically there is more going on than at first meets the eye. Granted, the Totems are small, affordable, and almost deceptively plain-looking monitors, but if you close your eyes and judge the Totems purely by the sounds they produce you might swear you are hearing something large, sophisticated, exotic, and very expensive.

How exactly do the Signature Ones pull this off? First, they offer unexpectedly high levels of articulation, resolution, and detail—the kind where layer upon layer of textural information is revealed and even the smallest and most nuanced of spatial cues are reproduced with breath-taking realism. Second, they handle transient sounds and shifts in dynamic emphasis within the music with a combination of outright speed and almost F1 car-like agility and grip. Third, the Signature One offers accurate tonal balance with exemplary top-end extension and quite good low-end extension—subject only to the constraint that the bottom octave is more implied than actually reproduced (not surprising given the Signature One’s modest size and, of course, the inevitable laws of physics). Even so, the Signature One’s bass is taut and offers plenty of punch and impact, so that most of the time and on most musical material, the speaker reads as being ‘near full-range’. Finally, and I found this to be the real pièce de résistance, the Signature One offers what can only be called ‘killer’ 3D imaging, so that it precisely places human and instrumental voices in exact locations within exceptionally tall, broad, and deep soundstages. It’s in this last respect that the Totems not only equal, but also in many cases surpass the performance of far more expensive monitors and floorstanding speakers. Put all of these attributes together and you have a sensibly priced and innocent-looking monitor that performs with the heart of a true high-end audio lion. 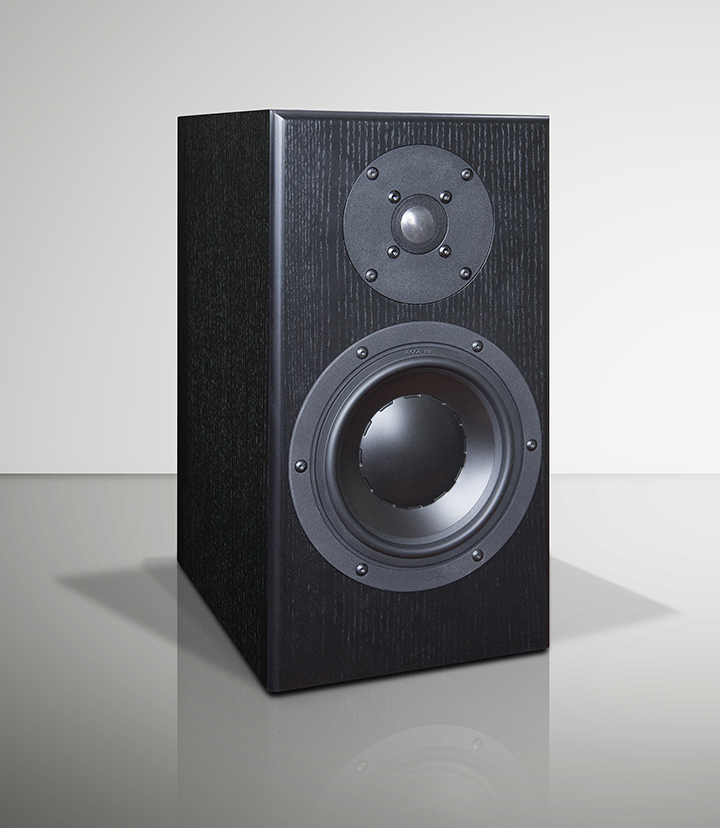 On good material, these Totems can simply bowl you over with sonic excellence. For example, on the Marcin Wasilewski Trio’s ‘New York 2007’ from January [ECM, 16/44.1], the vividness and sheer ‘you are there’ realism of Michal Miskiewicz’s sparse and angular percussion, Slawomir Kurkiewicz’s full-throated acoustic bass, and Wasilewski’s thoughtful and concise piano lines are altogether gripping. It’s not just that the Signature One’s get the instrumental timbres right, which they do, but also the surefooted manner in which the speakers place the instruments within a believable acoustic space that shows just how masterful these small monitors can be.

Similarly, the Signature Ones do a fine job with vocal recordings, in large part because they convey not only the sound but also the elusive sense of ‘feel’ in human voices. One track that made this quality stand out for me was Christy Baron’s rendition of ‘Mercy Street’ from Retrospective [Chesky, 24/96]. On that track Baron’s voice exudes a dark, smoky, almost club-like vibe, but tinged with an almost seductive quality that’s introduced when certain lyrical lines gradually trail off, shifting from softly sung notes to become subtle, evocative sighs. Normally, you might not expect sub-€3,000/pair monitors to be able to capture such nuances, but the Signature Ones emphatically can and do.

Are there any drawbacks to the Signature One? Apart from its limits in terms of ultimate low-end extension, about the only one I can think of is actually more a strength than a flaw. Specifically, the Signature One is a serious high-end loudspeaker with all that that term implies, meaning these speakers do not suffer poorly made recordings gladly. Rather, the Signature Ones faithfully show what recordings are truly made of, whether for good or ill; through the Totems, great recordings sound mind-bendingly good, but mediocre recordings—ehh, not so much. But this is a trade-off that I and many other audiophiles could readily embrace. 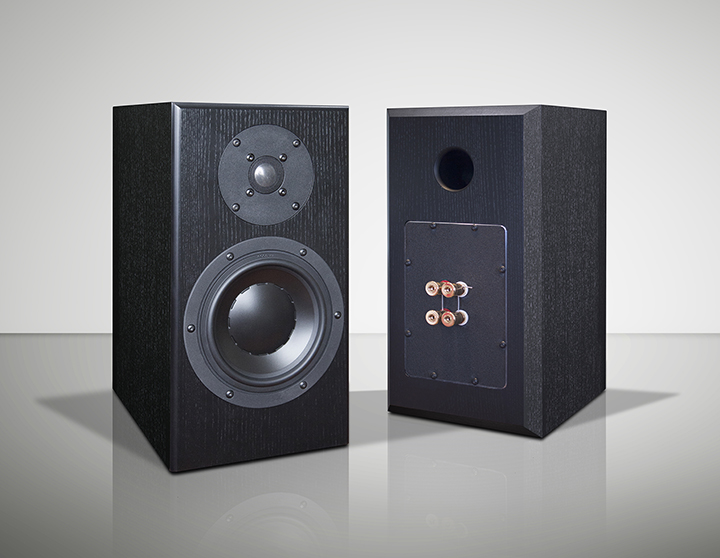 Totem’s Signature Ones are reference quality monitors that just happen to be accessibly priced. They sound like what they are: namely, monitors designed up to a performance standard and not down to a price point. They will provide a big taste of what top-tier sound quality is all about, yet without torpedoing their owners’ bank accounts. To my way of thinking this make the Signature Ones both a bargain and a true musical gift to the audiophile community.

Frequency response with proper placement and electronics: 32Hz to 22kHz

Distributor in the EU: Joenit