In the past, subwoofers were broadly divided between those that made a lot of noise for cinema, and the more subtle, faster subs that added some gentle reinforcement to audio systems. And generally, the divide was significant, substantial and clearly audible. We’re not in the 1990s now, however, and the two are meeting in the middle; subs that are designed with audio in mind now produce deeper, meatier bass when called upon, while subwoofers primarily intended for more general use – like the SVS SB-2000 here – have more nuanced control and often faster bass performance. There is also a lot more technology on offer now.

The basics remain the same in subwoofing; this is a low, square (if rounded off) black cabinet sitting on iso-elastomer feet, containing a front-firing long-throw custom 12” bass driver with a vented aluminium cone coupled with a SVS Sledge-550W Class D amplifier. The rear panel bristles with controls and connections. And it’s here where we begin to see how subs are moving forward; the old bank of potentiometers and switches have been replaced by soft push-buttons and an array of LEDs. Better yet, you don’t even need to access those buttons as the functionality of the subwoofer controls (and more) are replicated on the iDevice or Android app. This is an extremely clever and intuitive option, and hands aspects like phase/polarity, room gain compensation and parametric EQ over to the app, with no way of adjusting these settings from the rear panel. The app also allows you to create three presets; this is a fine idea, and not just for video use, as it allows you to set a more powerful bass for some music (organ and dub fans take note), a more general reinforcement role for most works, and the ‘almost off, midband enhancement’ position for more filigree audiophile fluff. I went from ‘sceptic’ to ‘fanboi’ about the app in around two minutes.

This is an line-level subwoofer, meaning you do need to run it from a dedicated LFE output on an amplifier, from the left and right outputs from a spare set of preamp outputs, or the optional wireless adaptor. There is no provision for speaker-level subwoofery. I would hope that – just as the subwoofer world has come some way in making products cross the divide between audio and video – the absence of speaker-level input doesn’t make the audiophile community go all ‘pitchforks and burning torches’ angry mob on the SB-2000 Pro because it’s a bit of a goody in reality. It’s a relatively small sub, though, and is ideal for small to medium rooms, as it gives a bit of useful ‘room gain’ without ‘room boom’. Those wanting epic gut-pummelling bass might need to look further up the range, but those after industrial-level gut-pummelling bass in a small room are asking a lot.

There is still a continuum between ‘bass reinforcement’ subwoofers and ‘improved midband’ designs (at least, there is at the SB-2000 Pro’s level; those subs that are the size, weight, and price of a reasonably powerful car engine can effectively meet both demands). The SB-2000 Pro tends more toward the former; adding depth, weight and authority to the bass. And, like the provision of the app, this bass depth shows just how good a modern subwoofer can be, even in the context of audio nerdism. For while ‘depth, weight and authority’ used to be audiophile code for ‘boomy, flabby and overpowering’ on the SB-2000 Pro it holds no double meanings; it does add depth, weight and authority to the sound, especially the sound of most stand-mounts and many smaller floorstanders.

I’m trying to resist mentioning the bass-hound tracks first because while bringing more bass to the party is very much one of the main reasons for the SB-2000 Pro existence, it’s the way it adds a rooted sense of solidity to sound without being overblown or making its presence felt that’s a key function of the SB-2000 Pro. And that means playing ‘William, It Was Really Nothing’ by The Smiths [Hatful of Hollow, Rough Trade], which is usually a thin, jangly sound becomes a thin, jangly sound supported by an excellent – if poorly recompensed – bassline and drumbeat. This doesn’t transform the sound of that early Smiths recording, but it does make it seem more rooted in space. 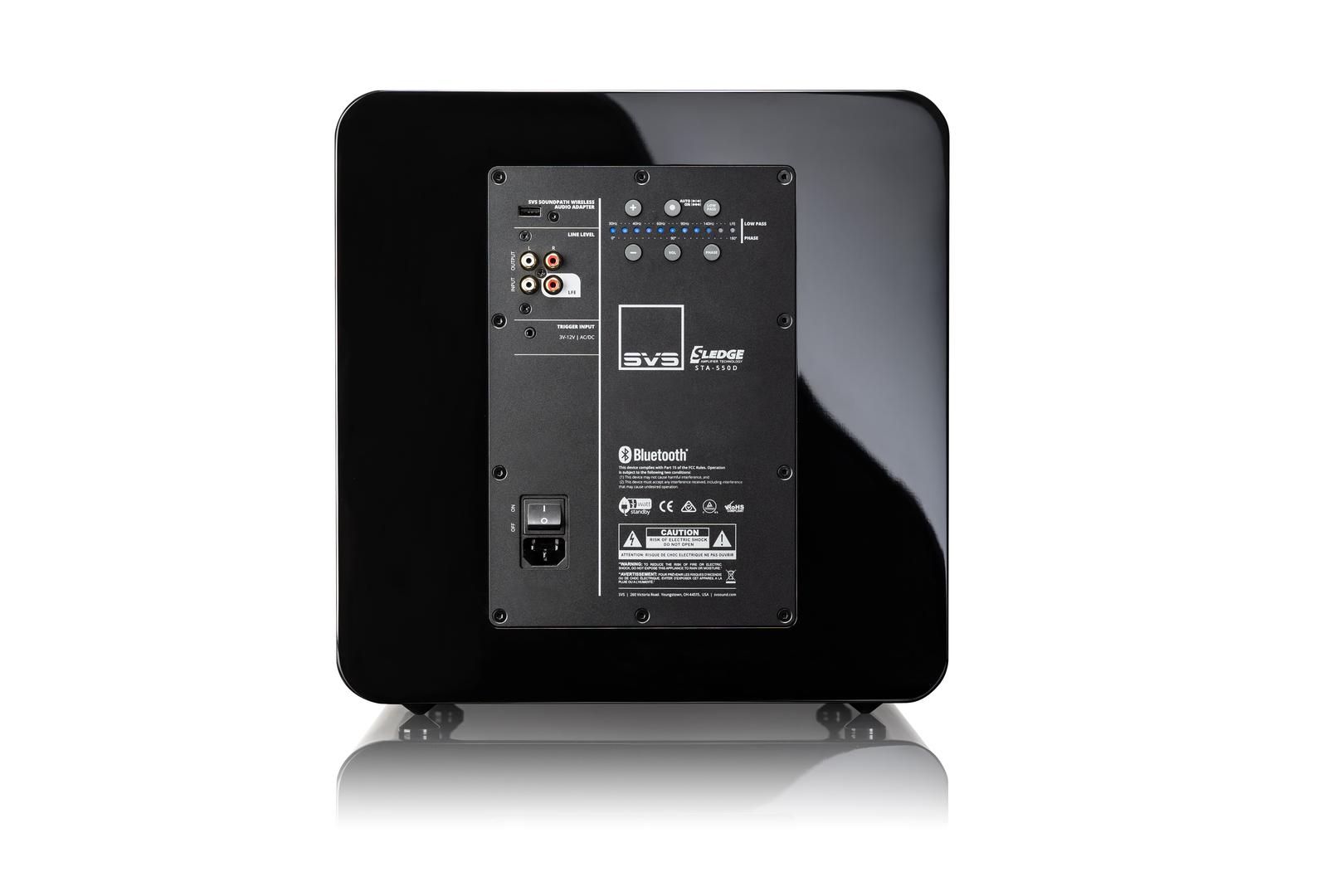 The ability for the SB-2000 Pro to fill out a bass line is good, but there’s no point if it can’t rattle fillings when called for. And Trentemøller’s ‘Chameleon’ [The Last Resort, Poker Flat] did just that. Hooked up and matched into to the Audiovector R1 Arreté’s sound, this had the potential for true brain-mashing force. Set subtly for audiophile pretensions, the SB-2000 Pro was adding about half an octave of clean, controlled bass notes, making an already menacing track take on threatening properties. Wicked up to ‘evil’, it was weaponised music. There’s always control, but the power and force of those bass notes from this electronica track was moving a lot of air around the room. If it wasn’t quite ‘nosebleeds and lobotomies’ level bass, it got way beyond ‘discomforting’. Best of all, by not simply swamping the room with ill-controlled bass, the strange midrange and high-frequency sounds on this track combined with the bass to create something genuinely atavistic… there’s something big and angry living in the bass notes of ‘Chameleon’ and when a system can resolve ‘deep’ well, that ‘fight or flight’ part of your brain starts getting very twitchy. Which, for a small sub in a small room, is excellent.

The SVS SB-2000 Pro sub surprised me… in a good way. It would be all too easy to dismiss all subs as ‘home cinema stuff’ but this is more about audiophile prejudice than any sonic considerations. The flexibility of this subwoofer makes it a great addition to any system regardless of whether you are into John Coltrane or John Wick.