After a year of presidential elections and referendums, one thing is patently obvious: as a species, we can’t agree on anything. The same holds for turntable design; belt-drive, friction drive, direct drive… arguments of the superiority of one over the other, often spouted by people with little or no experience of the full spectrum of drive types, will continue for as long as people spin records. But what if there was some kind of meeting in the middle?

The Reed Muse 3C is that diplomatic solution to the eternal turntable conundrum. Or at least part of the conundrum, because the 3C can be quickly converted from belt drive to friction drive and back again. OK, so the conversion process is not instantaneous, so those demanding quick-fire AB tests will be disappointed, but this makes the 3C two decks in one. Cool! 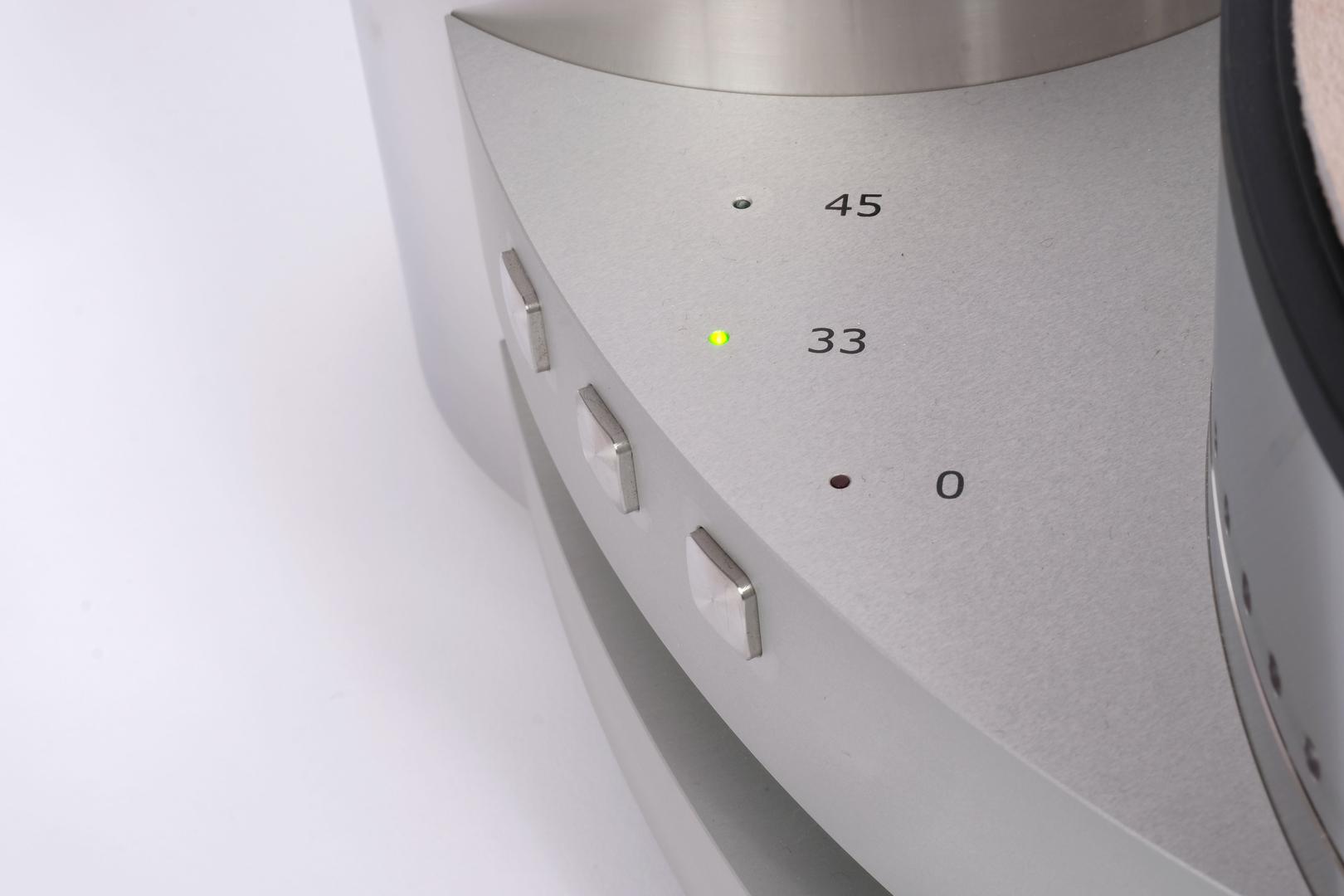 The Muse 3C is powered by two direct current motors and by design is friction-driven; however, its major innovation is its ability to convert to a belt-driven system in minutes by replacing the traction rollers, putting on a belt, and setting a switch to its correct position. To prevent possible mechanical vibration, Muse uses traction rollers (be it friction or belt drive) of different diameters, spinning at different velocities and having mathematically non-multiple diameters to driving disc diameter. Disc speed itself is stabilised by quartz-based phase locked loop (PLL) system, so the Muse 3C’s average speed deviation depends solely on the parameters of the quartz crystal, and that means super-accurate speed control. The turntable drive mechanism is equipped with both mechanical and electronic protection systems, and as a consequence is both quick to start and stop.

In truth, the choice of drive system is likely to be made at most once per system, rather than a mercurial per-album change, because the changeover is a five minute under the platter change, and in reality, you’ll prefer one over the other in your system and stick with it, but that doesn’t undermine the concept one iota. Tthis is a turntable that fundamentally changes its character to fit your system in subtle ways, where you might otherwise end up having to buy a new turntable altogether. The Muse 3C defaults to friction drive, as the belt-driven system is more an optional experiment and in most cases friction drive is the better sounding option, but if the option to experiment is there, go for it! Whichever drive you choose, the Muse 3C is driven by a standard 12V external power supply, the kind you might find driving a laptop.

Reed spent several years honing this design in all aspects, and after extensive prototyping and long-term experiments, the company chose a reverse sliding thrust ball bearing design for its main bearing structure. The ball bearing is made from ceramic while the sliding housing is made from a very durable, low noise polymer, and the combination is designed for lateral stability. This also features a symmetrical drive system, designed to avoid radial bearing load, thereby minimising mechanical noise without sacrificing bearing life.

The deck itself is a purposeful, clean looking design, with two arm outriggers sitting to the left and right rear of the turntable. These can accommodate arms from 9”-12”.    As a result, we went with the perfect partner to the deck; the 12” Reed 3P tonearm. This arm was derived from a design first seen in 2011; the Reed Mag Prototype Tonearm. As the name suggests, the arm uses magnets, in this case in the vertical and horizontal planes. Because of this, the arm behaves as something close to a ‘gimballed unipivot’ (how’s that for a contradiction in terms?) or maybe a tri-axial pivot is more accurate. The use of opposing magnets means the bearing system has the rigidity of a gimbal design, but with the friction coefficient of a unipivot design. Which in tonearm terms is a win-win of epic proportions!

This allows an unparalleled amount of on-the-fly modification of arm dynamics. We’ve become used to being able to adjust VTA while the record is playing, but adjusting azimuth and anti-skate on-the-fly is unheard of, and the lack of physical bearing in the bearing structure makes the arm extremely responsive to such changes. The wooden arm-tube features a removable headshell, but where ‘wood’ might send turntablists into a cold sweat when thinking of the available mass of the tonearm, in fact the whole arm is relatively light (the actual effective mass varies according to the choice of arm material). 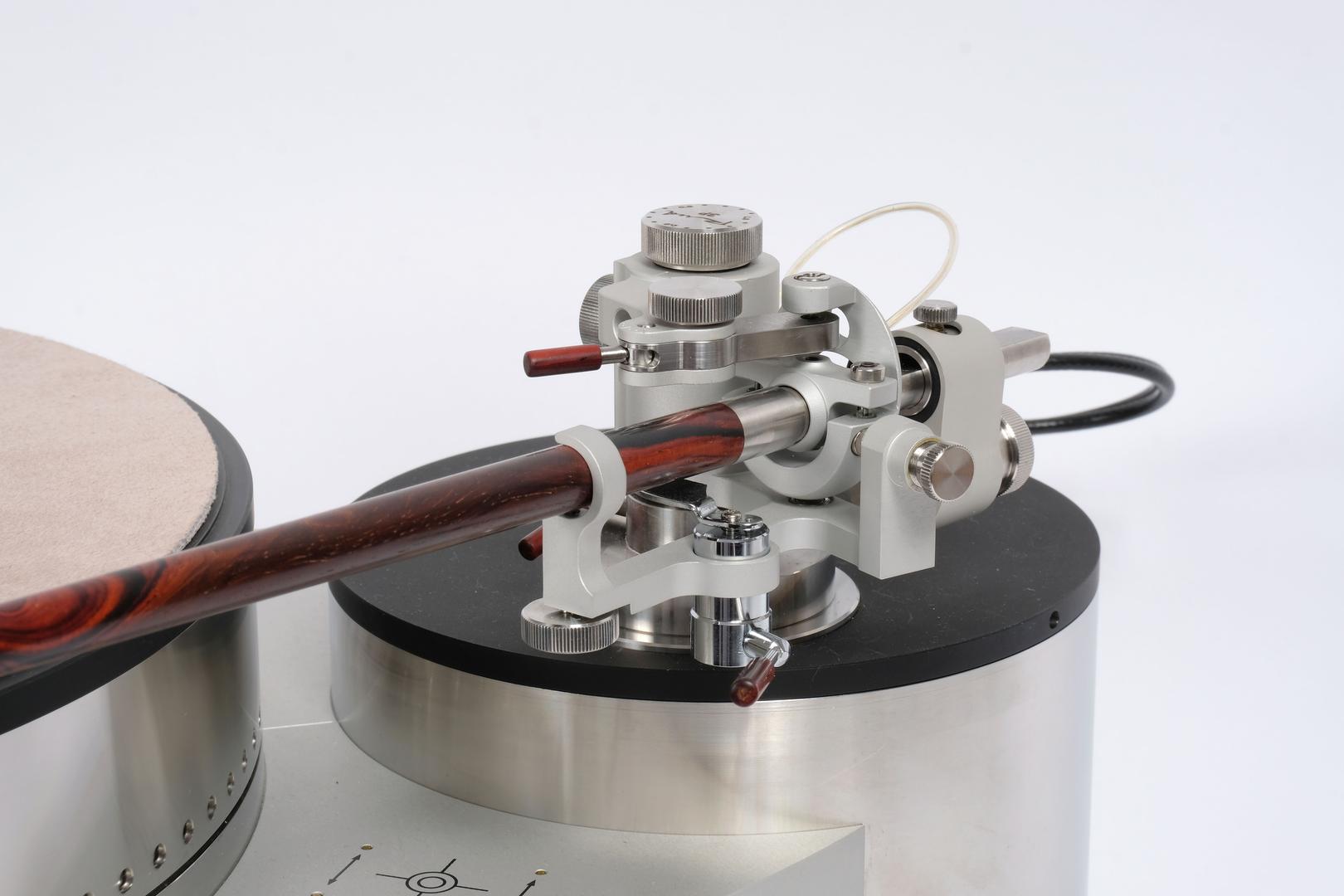 For such a sophisticated design, the 3P arm is extremely easy to mount, install, and align. How easy? The manual is basically a series of photographs because you are unlikely to need any more than this to get a great performance from the 3P. You need to be a little careful at first when using the arm, because in the fight between man and magnets, man sometimes wins and the arm jumps out of its pivot ‘space’. Familiarity quickly takes over, and you both know when you’ve knocked it out of true, and know how to pop it back in its housing in seconds, with no harm to arm, cartridge, or record. After a couple of hours playing records, you will be unlikely to knock the arm out of true again.

There isn’t a great deal in the way of set-up tools provided with the 3P, which means you’ll need at least a good alignment protractor and downforce gauge to really exploit the 3P’s performance. Reed shows the Acoustical Systems SMARTractor alignment tool in its material (we used a Dr Feickert protractor), but the performance that can be extracted from this arm – especially on the Reed deck – is such that it would be worth investing in the full spread of tools.

We settled on the Muse 3C in friction drive mode, because the first album we put on the deck in this setting was a Beethoven piano sonata [Brendel, Philips] and the combination of compete pitch stability and authoritative, stentorian left hand piano notes made anything else academic. That’s possibly the first thing anyone is going to get from the Muse 3C’s performance; stability. Not simply pitch stability (although it’s remarkable precise) but that absence of even a hint ‘watery’ piano notes that the Reed deck plays so well, gives the piano in particular a sense of solidity and physicality that is so well appreciated and so hard to find through vinyl replay at times.

Strangely, given the ‘stentorian’ remark, this isn’t a ‘phat’ bass player. The Reed is outstanding at making taut, deep, but not overblown bass lines, without accent. This means higher frequencies shine through, too, and the Reed has an excellent and ordered midrange and high-frequency performance. There are richer, more relaxed sounding turntables available (indeed, the Reed in belt-drive mode might well be one of them), but the Reed goes for a cleaner, more precise sound without undermining the harmonic structure of the music in the process.

As if to highlight this, Sinatra’s ‘Come Fly With Me’ from the Capitol classic album of the same name is the Chairman of the Board at his best, with Nelson Riddle at the baton, and any limitation on harmony and any sense of over-dry sound leaves the album for dead. But here, Frank Sinatra’s trademark passing tones sweep up and down the registers with a commanding ease and naturalness. The Reed is quick to respond to dynamic changes, too: the orchestration in this track is fast-paced and dynamic, and the Reed combination reacted accordingly.

If the deck is great, then the tonearm is excellent. It’s lively, entertaining, and ever so slightly warm and rich sounding; an almost perfect counterpart to the turntable in fact. OK, so if you are looking for the ultimate in analytical neutrality, keep looking, but as a beguiling performer that draws out the passion and fire in a recording, the 3P comes highly recommended. 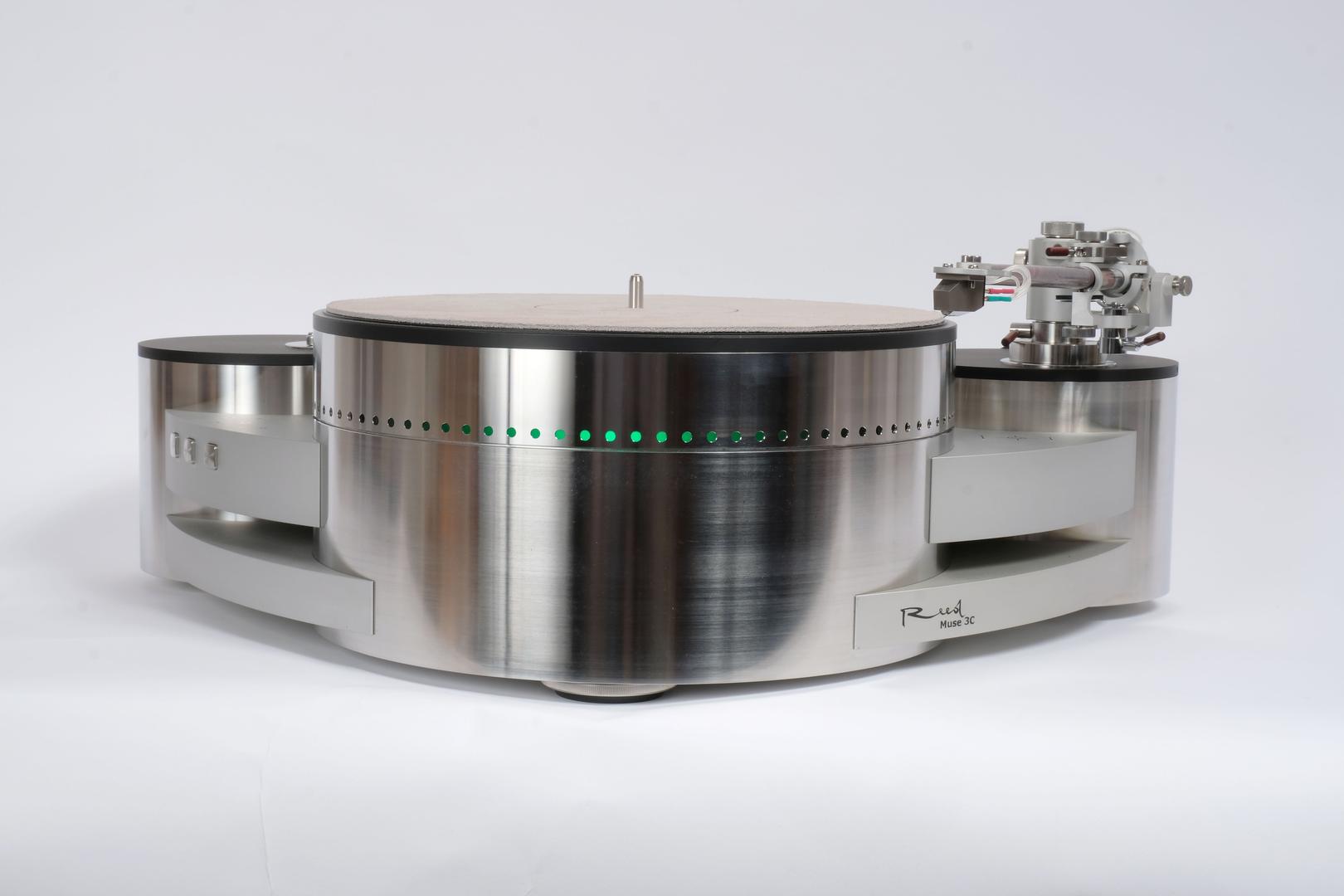 Reed’s Lithuanian duo are not just yet another blah turntable and arm combination. These two are extremely clever, great sounding devices on their own, that work brilliantly together. Recommended!

Distributed in the UK by: Select Audio