NXEars is one of many newcomers in the personal audio space, but it comes with a lot of back-story and all of it is good. The brand was founded in California and builds in China; its founder was one of the brains behind NuForce and a former Knowles engineer, which gives the company a unique insight into what a pair of IEMs will be used with, and the construction of drivers used in most earphones, custom and universal in-ears.

NXEars may be comparatively new, but its three-strong range has already caught the attention of the personal audio cognoscenti and the Sonata, Basso and the flagship three-way, eight-driver Opera we’re testing here. Two distinct technologies unique to the brand have been noticed in a very contended world. 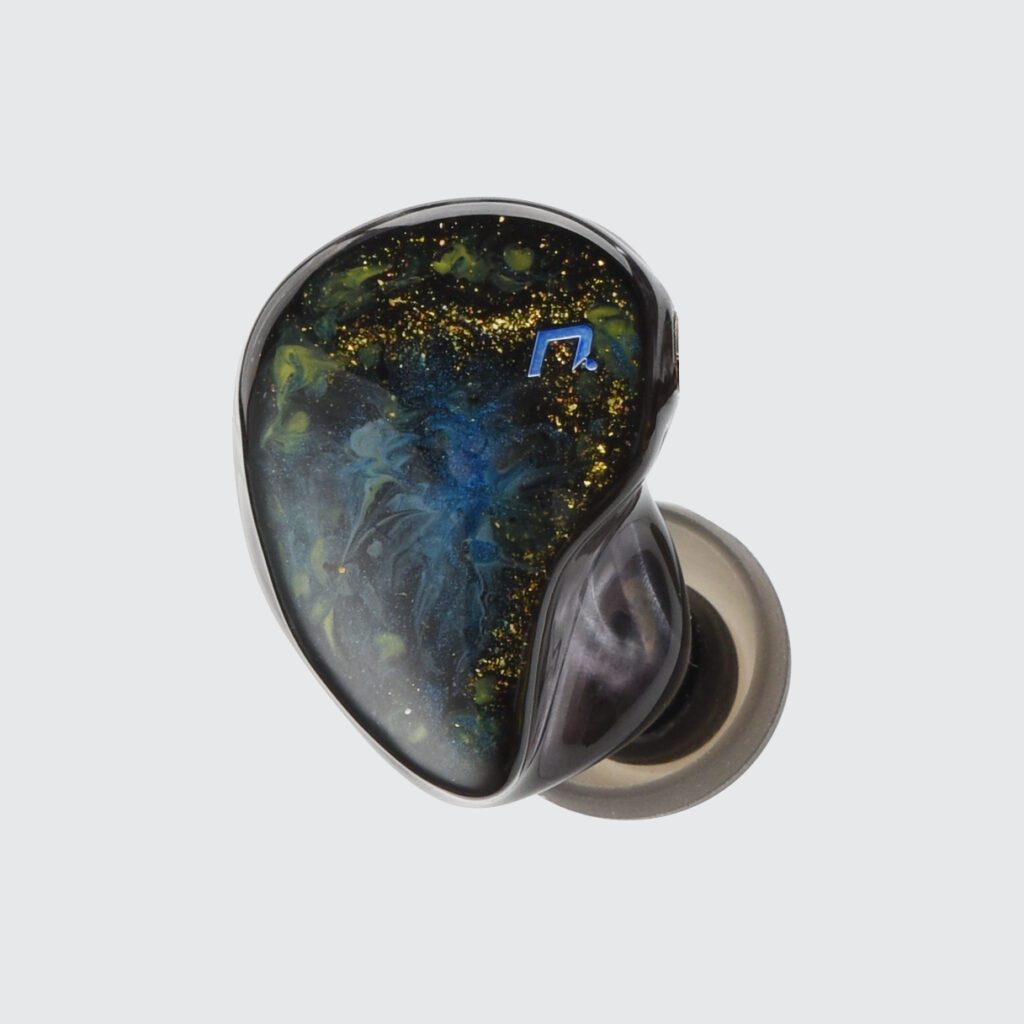 All three IEMs use NXEar’s unique Aperiodic Ground Loading (AGL) system, which manages to retain the core of a good IEM (shutting out the world outside) while reducing the pressure build-up that comes from pushing a mostly rigid structure into your ear. AGL restores the balance of natural pressure that occurs in the ear canal. In addition, the Opera uses NXEars’ own ‘Linear Phase Crossover’ system that corrects the irregular phasing that is an unfortunate function of multi-driver setups; even the eight Knowles balanced armature drivers, tuned and used in the Opera.

All eight drive units would occupy the same physical space in an ideal world, but this is impossible. Those different driver positions and a range of bandwidths from each driver means phase issues, even frequency cancellations. These problems go away by adding time and phase alignment to the crossover.

Opera comes in a black storage case in a nice white box with an NXEars on the outside. Inside are the Operas themselves, with a good Mono-crystal 6N copper, eight-conductor braided 3.5mm cable, four pairs of silicone and two pairs of foam ear tips, some clips, a smaller pocketable case, a cleaning tool and some documentation case candy. The 3D-printed earpieces are made of semi-transparent dark blue with a distinctive Stardust Blue design on the outer facing.

Each model’s outer facing is unique, and the logo is etched into this front face. The small logo is ‘subtle’, to the point of almost complete invisibility. As with most Custom and Universal-Fit IEMs, the Opera ‘screws’ into your ear, making a complete seal, then the cable has a curved strain relief that hooks over the top of your ear. 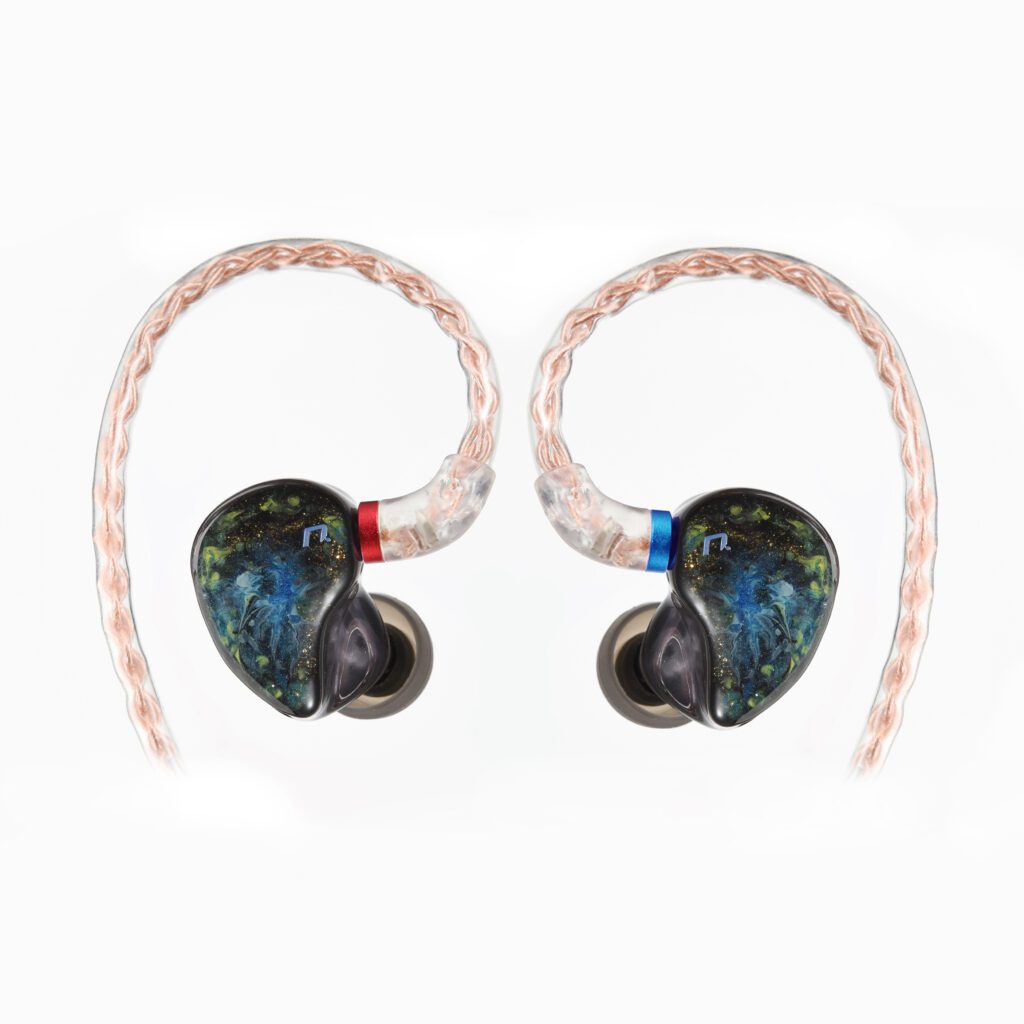 The Opera IEM has a standard MMCX connector and nozzle length to allow aftermarket cables and ear-tips. While the cable is good enough not to need an upgrade (although upgrades do improve the performance), this is a good plan because the choice of ear-tip is vital. As the AGL system relieves pressure build-up in the ear canal, the performance of the Opera is strongly contingent on making a good seal with the ear-tip itself.

However, unless they are a dreadful fit for your ears, I would recommend using the medium silicone tips fitted as supplied for the first 50 hours of listening to let the Opera’s drivers loosen up, then find the best fit knowing the Opera’s tonal balance is as good as it’s ever going to get.

Of late, I’ve found myself more drawn to single-driver IEMs rather than models with multiple balanced armatures. This is because many such models trade ‘long-term listening’ for ‘short-term excitement’; multiple drivers often sound exciting initially but ultimately wearing. The Opera is a delightful exception; the sound is detailed but not aggressively so, with a more natural and traditional loudspeaker-like presentation in all the ways that count (as in ‘refinement’ rather than ‘box coloration’ of course). It has the insight and drive of good IEMs but without the overtly exuberant or hyper-energetic sound commonly associated with the breed. There’s rich, chocolatey darkness to the sound that is more beguiling than muddy, which is truly excellent.

That richness extends down into the midrange, with a valve-like warmth and naturalness to the sound. Perhaps more significantly, there’s a seamless coherence to the sound across the frequency range that gives the Opera a sort of analogue-like openness and musical integrity often lost on multi-way IEMs. This, coupled with a surprisingly large and delateralised (perceived to be way outside of the listener’s head) soundstage, make the Operas a model of refinement in the true high-end audio sense.

It’s not all rosy, however. Or perhaps the point is it is a little too rosy at times. While I like the Opera very much for not making a bright, forward, and uneven presentation, by the same token, this can work against the Opera when playing more laid-back music, especially older, slightly rolled-off treble sounds. This can end up sounding too soft and saccharine sounding at times. But this is a trade-off I’d happily make compared to the sharp stinging treble of many IEMs.

Where the Opera shows itself to be a true star, though is in the lower regions. Bass is at once fast and warm and quite ‘meaty’ sounding. But perhaps what attracts me to the NXEars Opera sound is the way it doesn’t dissect the music in the way many IEMs can. It’s still an extremely analytical sound and gives you excellent insight into what’s going on with the music played, however, and instead focuses on the whole musical presentation. That suggests a more mature, sophisticated musical ear behind the voicing of the Opera and highlights how its tuning has paid off.

Finally, a word on that AGL system that reduces pressure in the ear canal, and that word is ‘wow!’. It works and delivers effortless long-term listening without that uncomfortable ‘underwater’ pressure build-up.

The NXEars Operas are at once easy to drive, easy to wear, and easy to listen to. They need a long run-in, and you must use the right ear-tips to get the most out of them, but it’s worth the effort if you crave refinement!