I first encountered Noble Audio a number of years ago when the firm’s reigning flagship was the Kaiser 10 custom-fit in-ear monitor, which I reviewed in Hi-Fi+ issue 119. As it turns out, the Kaiser 10’s name contains two embedded references, the first a nod to Noble Audio’s master technician Kaiser Soze (no relation to the similarly named fictional crime lord from the movie The Usual Suspects) and the second an allusion to the fact that the CIEM featured an elaborate array of ten balanced armature-type drivers per earpiece. Early on, the Kaiser 10 won a reputation as one of the finest in-ear listening devices available and it cultivated an almost cult-like following (especially in online headphone communities) among discriminating listeners. In short, Noble’s Kaiser 10 became an in-ear icon in its own time—a CIEM well loved by those fortunate enough to own a set and coveted by those who did not.

In my view, the Kaiser 10’s strong suits were its warm, comfortable, and unfailingly musical sound, plus a distinctive and disarming quality of ‘cut from whole cloth’ sonic cohesiveness and integrity—qualities I attribute to Noble Audio’s demonstrated talent for getting multiple drive units to ‘sing’ with one coherent voice. But with that said, I would add that the K10 was perhaps not the last word in tonal neutrality, because it exhibited slightly soft and somewhat subdued-sounding highs, plus a powerful—some might say overly powerful—low-frequency presentation. At the time, the K10 and other Noble designs were based on standard, off-the-shelf balanced armature drivers. 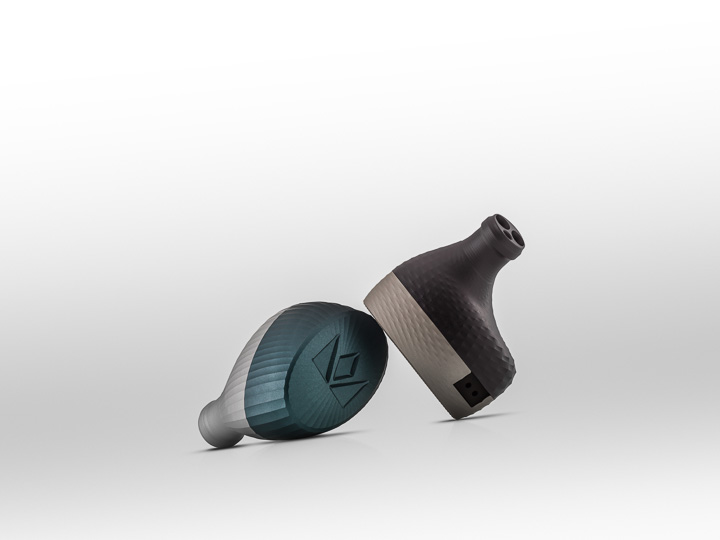 Moving forward, Noble Audio president and co-founder Dr John Moulton decided that, in order for his firm’s future designs to unlock higher levels of performance, it would be necessary to forego off-the-shelf drivers and instead to create new proprietary drive units built to Noble specifications. To this end, Noble teamed with the famous balanced armature driver manufacturer Knowles to create purpose-built, Noble‑specification drive units, which first appeared in Noble’s nine-driver Katana model, released in mid-2016.

Hi-Fi+ Editor Alan Sircom and I reviewed the Katana (in both CIEM and universal-fit earphone forms) in Hi-Fi+ issue 143, and came away impressed. Relative to the K10 (which both Alan and I own and enjoy), the Katana showed significant improvements in terms of dynamics, transient speed, resolution, focus, and—here’s that word again—cohesiveness. What is more, the Katana’s voicing offered a somewhat more neutral presentation than the K10, leading me to write that, “if you compared the response curves of the K10 and the Katana, the Katana would have fractionally less low bass, noticeably less enriched mid-bass, and somewhat more elevated upper mids and highs—changes that I think make the Katana the more accurate transducer of the two…”

Around the time of the Katana’s release, Noble announced it had plans to discontinue the venerable Kaiser 10 and replace it with an updated model called the Kaiser Encore—a model that would feature its own set of proprietary Noble/Knowles drivers. The Kaiser Encore went in to full production this past February and has become the subject of this review. Since my past Noble reviews have mostly focused on CIEM models, I decided to request samples of the universal-fit version of the Kaiser Encore for this review and Noble graciously obliged.

Noble’s press release on the Kaiser Encore states that, “The new Kaiser Encore retains the musical essence and engaging presentation of its predecessor while introducing the sonic advantages of proprietary drive units, x10!” Then, expanding on this statement Noble adds that, “the proprietary drive units introduce improvements to the critical mid-range, adding additional clarity and bringing a more neutral tonal balance.” Given these claims, I was eager to learn how the Kaiser Encore would sound in comparison to the original Kaiser 10 and the Katana.

The Kaiser Encore sells for £1,699 (or $1,850) in universal-fit form, with CIEM pricing starting at £1,959 (or $2,099), with UK fitting performed by Gisele Flower of Aid2Hearing. The universal-fit Kaiser Encore features ten proprietary and matched balanced armature drivers per side, with an earpiece design that is updated (that is, more compact and svelte) vis-à-vis earlier Noble universal-fit models. Each two-piece earpiece sports an inner and outer shell fashioned from CNC-machined aluminium, with are true works of art; subtle contours and detail touches abound. In keeping with past practice, the Kaiser Encore universal-fit models have their own distinctive colour scheme, where the inward-facing part of the earpiece shell is matt finished natural aluminium, while the outer shells—also matt finished—are anodised in a beautiful grey/blue colour and marked with an inset Noble ‘crown’ logo. 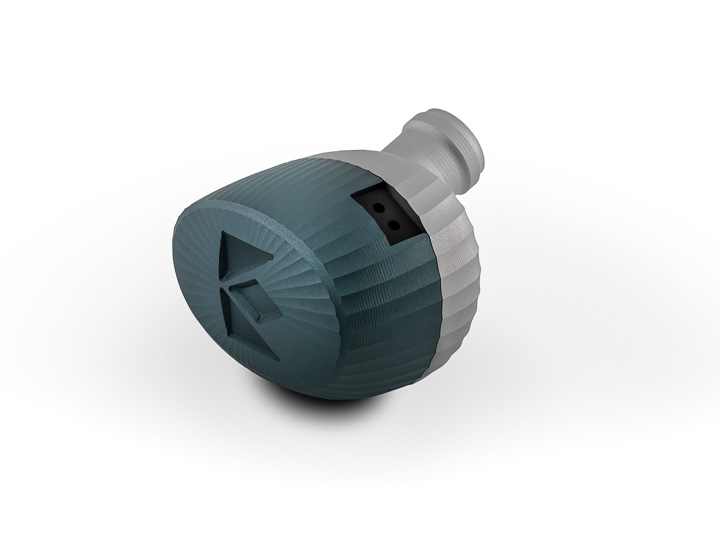 For this review, I had on hand for comparison purposes my reference pairs of Noble Kaiser 10 and Katana CIEMs, plus my Questyle QP1r high-res portable digital audio player, which was used throughout my listening tests as a ‘known-good’ control amplifier/DAC. Here’s what my comparison tests revealed.

The Kaiser 10, as expected, was its usual warm, comfortable, and musically accessible self—the sonic equivalent of a favourite pair of perfectly broken-in blue jeans. The Katana, by contrast, showed just how far Noble has come with its proprietary drivers, serving up a sound that—in almost every way—was qualitatively superior to the original Kaiser 10, while also offering voicing that was at once engaging and accessible, yet also more accurate than the K10.

When I first plugged in the Kaiser Encores, and in light of Noble’s press release, I was expecting to hear something that sounded much like the original K10, but with enhanced midrange response and better soundstaging. However, what I actually heard was something very different and—to my way of thinking—very much better.

As advertised, the Kaiser Encore does offer enhanced midrange response as compared to the K10, with a somewhat more midrange forward sound. But what the press release doesn’t say is that the Kaiser Encore also offers substantially different voicing from top to bottom, with tighter, better controlled, and more accurately balanced bass, wonderfully revealing and wide-open mids, and more focussed, more delicate, and more extended highs. In short, the Kaiser Encore has been transformed to become arguably the most neutral sounding, most accurately balanced, and most revealing of all Noble earphones I have yet heard. Does this represent a fairly big departure from the sound of the K10? Yes. Is that a good thing? Emphatically yes!

On a recoding such as violinist Hilary Hahn’s performance of Vaughan-Williams’ The Lark Ascending [Deutsche Gramophon, 16/44.1], for example, the Kaiser Encore makes it much easier to hear the action of Hahn’s violin and to follow even its smallest and almost whisper quiet shifts in timbre or dynamic emphasis. Similarly, on the title track of Mary Chapin Carpenter’s Come On, Come On [SBME Special Markets, 16/44.1], the Kaiser Encore let’s you enjoy the long, delicate reverb tails that make the singer’s voice seem to linger and float on the air, while the sharp attack and gradual decay of notes from her acoustic guitar are rendered with a just right combination of vividness (on the initial attack) and relaxed naturalness (on the decay). And there, in a nutshell, is the essence of the Kaiser Encore’s sound: it is always clear, fine-grained, and sharply focused, and yet it is also wonderfully natural, graceful, and unforced. In a sense, the Kaiser Encore is the earphone I’ve long wished for Noble to build—one that is highly coherent and plays the music as it is recorded, with little in the way of well-intended euphonic colourations.

The review set of Kaiser Encore’s also lead to a shift in my thinking on the question of universal-fit vs. custom-fit in-ear monitors. Up to this point, I’ve been solidly in the “choose CIEMs when possible” camp, because—at the end of the day—they do offer a customised fit and with it higher levels of noise isolation. But the catch, I’ve discovered, is that the same “fills up your ears completely” factor that makes CIEMs so effective at noise isolation also (eventually) makes them prone to subtle discomfort over longer listening sessions. In contrast, Noble’s brilliantly shaped universal-fit earpieces, when fitted with right-sized tips for the wearer (an absolute must for optimal comfort and sound), are extremely comfortable and remain so for hours on end, which is why the Kaiser Encores are becoming my go-to choices for high quality sound when traveling. 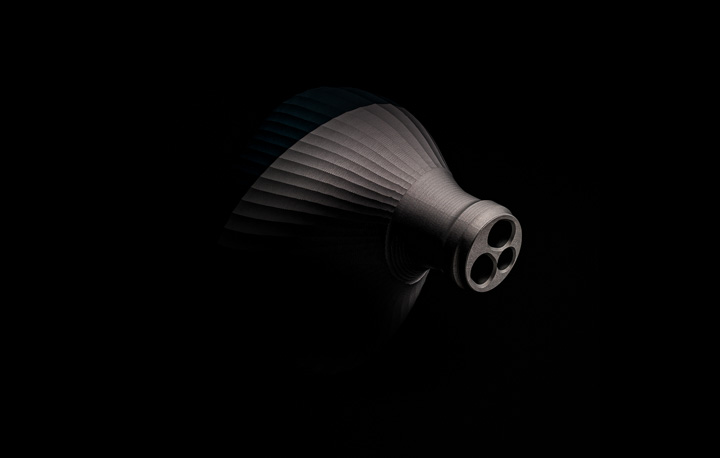 Noble Audio’s Kaiser Encore is a more than worthy successor to the famous Kaiser 10, even though I think the new model sounds considerably different to the original and now legendary classic. But for those who want to hear their music ‘straight, no chaser’, I suspect the Kaiser Encore will win an immediate and enthusiastic ‘vive la différence’ reaction.

Sensitivity: Not specified. Noble says the Kaiser Encore is, “Sensitive enough for use with smartphones and portable audio devices.”