As with the majority of brave new worlds, establishing a wireless multiroom audio system initially required quite serious compromises. Though there were minor compromises to be accommodated where ergonomics and operability were concerned, the most significant compromises centred around sound quality – and consequently multiroom audio was deemed a non-starter by anyone who fancied themselves an audiophile.

Happily, the simple convenience and arousing modernity of wireless multiroom audio proved an irresistible lure to many a consumer – and as result the wireless multiroom audio sector can confidently be characterised as ‘oversubscribed’. Any number of electronics brands, from the venerable to the no-profile, from the long-established hi-fi stalwarts to vendors of beard-trimmers and toothbrushes, are ready to help you into the brave new(ish) world of simple, straightforward wireless multiroom audio. And it’s true: some of them deliver extremely acceptable sound while they’re doing it. 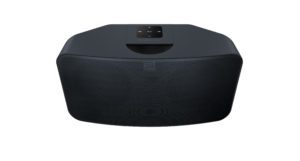 Bluesound was far from first out of the blocks with its range of wireless multiroom audio products. But it understood both the lure and the shortcomings of the already-ubiquitous Sonos streaming system – rock-solid stability, ease of use and entirely humdrum sound – and with its own extensive range of products attempted to replicate the Sonos strengths while addressing its weaknesses. The Bluesound ecosystem remains the only one able to support uncompressed 24bit/192kHz digital audio files on every player in a wireless system – and that’s true even if you’re running 64 players on the same network. Which is extremely good news for boutique hoteliers if no one else.

Bluesound uses a bespoke operating system called BluOS to control its products. And, as Bluesound is a part of Canada’s Lenbrook International (a wholly owned subsidiary of the Lenbook Group), other Lenbrook-owned companies like NAD Electronics (as well as an increasing number of non-Lenbrook brands like DALI) can be grouped, administered and otherwise controlled using BluOS too.

The importance of the user interface where wireless multiroom audio is concerned can’t really be overstated. It needs to be stable, logical, ergonomically impeccable and easy to operate – and, as anyone who’s ever used a control app from a company without the necessary development resources knows, that’s not especially easy to achieve. One of the reasons ‘Sonos’ is well on its way to becoming a generic term in wireless multiroom audio is because of its absolutely flawless, completely reliable and stunningly straightforward user interface. So while Bluesound products have the audio capability to make them a pretty compelling option, if BluOS doesn’t measure up then Bluesound’s sonic prowess becomes an irrelevance.

Building a modest wireless multiroom system using Lenbrook International brands couldn’t be more straightforward. And I use the word ‘modest’ only to describe the extensiveness of the set-up – there’s nothing modest about the way the system assembled here performs.