The $799 price point for a high end headphone can be a lonely rung on the performance ladder that you will see many manufacturers tend to shy away from when coming to market with a new product. This price point traditionally is high enough to scare away many tentative first time buyers and low enough for seasoned upper tier shoppers to pass by following their search for maximized performance. Always proud to be swimming against the current, Southern California based MrSpeakers has doubled down on this ladder rung of sorts by introducing not one but two versions of their $799 ÆON Flow series headphones—one in closed-back form and the other an open-back model. With the ÆON Flow series models Dan Clark, President and founder of MrSpeakers, is fulfilling a well known promise to his attentive community that he would deliver a first class headphone to those who must live on a reasonable budget. Following this muse the ÆON Flow series headphones were conceived to mimic as much of the performance as possible from MrSpeakers’ reputation-making ETHER ($1499) and ETHER Flow ($1799) headphones. While $799 is certainly not chump change, considering that the ÆON Flow Open edition is $1000 less than his ETHER Flow, Dan Clark certainly seems to be living up to the budget end of his promise. In regards to the quality side of the bargain the ÆON Flow closed-back was reviewed in HI-Fi+issue 147 and achieved virtually instant fame as it received our 2017 Hi-Fi+ award for High Value Headphone of the Year. It might be a good idea to re-read Chris Martens’ enthusiastic August 2017 review because the ÆON Flow Open headphone reviewed here might be an even better performer.

My audition of the ÆON Flow Open happened to coincide with Valentine’s Day so as I was feeling inspired let’s start the review with love at first sight. The first thing that grabs you upon unboxing and inspecting the ÆON Flow Open is the beautifully distinctive “tear drop” shaped ear cup first introduced to the MrSpeakers family with the original ÆON Flow. This attractively shaped ear cup is constructed of an opaque thermoplastic polymer known as acrylonitrile butadiene styrene (ABS for short) and is artfully finished with a deep metallic blue lacquer that gives the headphones an understated and confident pop. The beauty of working with ABS material is when heated it liquefies (instead of scorching and burning) which makes it an ideal candidate to injection mold into a complex shape. In fact, ABS is only used in the painted plastic part that holds the grille. The comfort and fit are due to the gimballed NiTinol memory metal headband, which is a remarkably simple arc-shaped and hinge free design with a dyed through leather headband strap. Also accompanied by plush, bevelled synthetic leather ear pads the ÆON Flow Open effortlessly delivers a wide variety of pressure and tension adjustments. The comfort of these relatively light 321 gram headphones is not taking a back seat to any set of headphones you are going to audition any time soon, including those much further up the price ladder. The ÆON Flow signal cable is the MrSpeakers standard “DUMMER” signal cables terminated like most MrSpeakers headphones with a HIROSE connection on the headphone end. The final noteworthy design element to the ÆON Flow Open is the visually arresting hexagon-shaped powder coated stainless steel grill on the exterior of the ear cup. This grill by association reminds those familiar that the ÆON Flow Open has friends in high places like the ETHER Flow and ETHER Flow C. This hexagonal grill gives the headphone a sophisticated and sharp look that again belies its price point. In fact,  according to Dan Clark, “the ‘hex pattern is actually irregular to complement the shape of the headphone. Plain hex didn’t look right.” He’s correct – when you finally are ready to stop admiring the headphones MrSpeakers again rewards you with a durable well-designed clamshell carrying case that looks and feels the part of a top tier purchase.

Moving on from aesthetics MrSpeakers is intent on reminding you the operation of the ÆON Flow headphone owes much to the diligent development of its ETHER series headphones. The ÆON Flow Open does incorporate the two important innovative technologies that MrSpeaker drivers have come to be recognised by: the Trueflow motor optimization system and V-Planar driver diaphragms. The Trueflow system is aimed at reducing turbulent airflow distortion created by the magnets inherent to any planar magnetic motor. MrSpeakers’ Trueflow system in essence fills in the area between the driver magnets with a flat perforated material whose openings serve as smooth waveguides, so that the driver can move air freely without any unwanted distortions that would ordinarily be caused by the sharp, right-angle edges of the magnets. The smoother waveforms courtesy of Trueflow are said to help improve frequency response, dynamics, and resolution.

The V-planar driver diaphragm design for which Mr. Speakers has recently received patent approval is an equally important addition to the ÆON Flow Open headphone. Bruce Thigpen of Eminent Technology helped Dan Clark design around the reality that any inelastic driver is not a flat surface but rather a bowed one. Confronting this fact V-planar knurling or “pleating” was developed, which seeks to crease the driver surface enabling it to expand and contract like an accordion without stretching the material, while also allowing the entire diaphragm to move forward and backward in a linear way and without bowing in the centre. Dynamics again are said to be the beneficiary here, but notably this creased V-planar diaphragm can push more air at low frequencies also bettering bass response.

Northern Florida’s hometown legend MOFRO was the selection and their debut Blackwater[Fog City Records] felt like an excellent place to jump in and get the swamp party started. Blackwater’slong and spooky lead off title track has a break at about 3:45, at which point JJ Grey and the boys start to relentlessly hammer the keyboard bass tones deep into the listener’s brain, while attempting to command total submission to their deep backwoods groove. On an extended and open stretch such as this it is almost too easy to test the limits of a headphone’s bass response, and it was quickly apparent the ÆON Flow Open were aceing the exam. Through the ÆON Flow Opens, MOFRO’s bass extended far lower than I had expected, all the way down to what can only be described scientifically as “scary low” frequencies. The immediate head nodding produced by this scary low bass easily outclassed any bass extension in sub-£1,000-class headphones I have heard to date and was quite simply thrilling to experience. The low end was so tight and deep that it quickly became a focal point in the audition and added a new mystique to a favorite album that had been previously underappreciated in my listening.

The ÆON Flow Open continued to show its dynamic chops on Blackwater’sthird track appropriately titled “Air.” As the title suggests a silky reverbed electric piano is thrown like a well-placed curve-ball at the wet concrete like bass lines, all the while maintaining a spacious pocket for the midrange to squeeze into. The ÆON Flow Open didn’t miss a beat and with more to bite off showed remarkable sonic horsepower unpacking the varied and complex mix of sounds. The keyboards seemed to be barely constrained from floating away into the clouds, the mid-range was clear and well defined, and the bottom end was again satisfyingly fast and tight. The ÆON Flow Open Edition handled the spectrum so well that upon repeat listens I found that I was able to concentrate on different musical aspects every time with equal enjoyment. I suppose a connoisseur could argue the midrange was coloured slightly towards the warm end of the spectrum, but to my ears the little colouration I heard ultimately enhanced the presentation of digital tracks I was listening to in a positive way making them feel more accessible than if played through a rididly neutral headphone.

The ÆON Flow Open is an extremely well built and good sounding headphone and many will consider it another in a growing line of MrSpeaker instant classics. Across genres the ÆON Flow Open back edition seems to consistently find new eye-opening ways to shake listeners out of complacency and reinvent the music anew with artistic intentions intact. Do these $799 headphones do everything perfectly? No, of course not. But, do they make you wonder why you would consider spending another $500–$1000 for just a small potential uptick in performance? Yes, they certainly do! 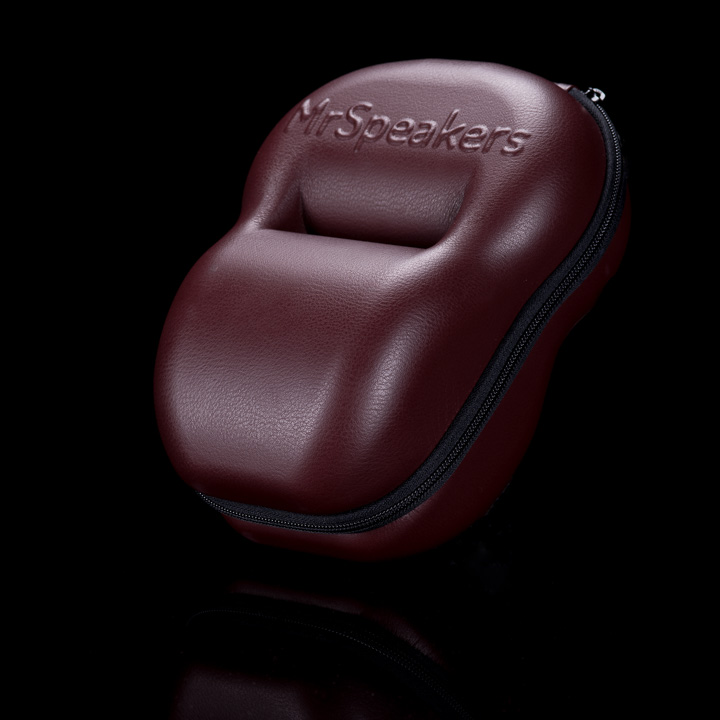