As part of the Hi-Fi+ Guide to Audio Cables and Power Products (http://www.hifiplus.com/buyers_guides/6/), we spoke to Paul Speltz of AntiCables about the technologies used by the company, the history and future of AntiCables, and more…

Hi-Fi+: How and when did you first discover that differences in audio cables could actually affect the sound of hi-fi systems? Were you surprised at the time?

Paul Speltz: That would have been too long ago for me to remember specifically. You see, in addition to running the ANTICABLES, I am also an electronic engineer in the telecom industry. For 32 years I have been a board level designer, creating circuitry used to transfer an analog signal from point A to point B over long distances. Understanding signal transmission has been my job for years, so I feel like I have always known cables matter, even before I started DYI’ing my own audio cables back in the 90’s.

What was the first range of cable products you designed and when did it enter the market? How did it compare to other cables at the time?

Our first product was the ZERO-Autoformers, which when used with mono block amplifiers took the place of speaker cables. They were first introduced early 2001. The “ZEROs” were used to increase the impedance of any speaker, so it would be “easier” for an amplifier to drive.

Improvements were made to the autoformer’s lead out wire. Long story short, the wire was so good, it in itself became its own product called “Anti-Cable Speaker Wires”. I named them this because the un-jacketed red coated wire didn’t look like, cost like, or sound like typical speaker cables. Since “cable” is basically wire with thick jacketing, and since it didn’t use thick jacketing, they were the Anti-Cables.

I should explain. Every time I tried dressing up my good sounding wire with jacketing so it looked like a speaker cable, it sounded like a speaker cable. Jacketing causes dielectric effect distortion that time smears the music signal and makes cables sound like cables. I decided to give up the jacketing, call them the “Anti-Cables”, and sell them in their naked form. The product was so popular that ANTICABLES later became the business name.

How has the audio cable industry evolved over the past several years? What are the pros and cons of the path the industry has taken? 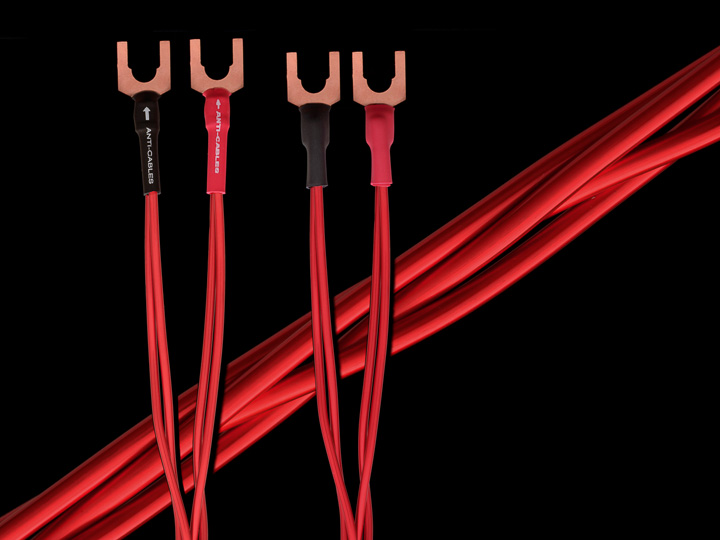 This answer might be a bit dated, and may offer little insight, but the ability to sell direct to customers still feels the biggest change to me. It is what enabled me to go into business years ago.

The “cons” are, there are a lot more competitors, and a lot more for the consumer to sort through. The “pros” are, the competition keeps me on my toes. I am constantly looking for ways to push for even higher performance and greater value to remain competitive, and the customer benefits.

Some audio cable manufacturers focus primarily on premium-priced products, but your firm offers some ranges of cables that are far more sensibly priced. What led you to create ranges of value-minded cables?

Through the years, I personally was not willing to spend the asking price of some of the cable offerings I wanted in my system, so I now get a kick out of being able to offer higher performing cables at lower than typical prices.

I do not base our product prices on where they “fit” in the marketplace. In other words, I don’t say since our product “X” sounds better than their product “Y”, we should ask more for it. Instead, I base our asking price on the cost of materials, the cost of labor, and add on enough margin to cover business expenses.

Also, since I still hold my original career job as the Senior Electronic Engineer for a telecom/security equipment manufacturer, I don’t need to sell cables to “pay the mortgage”, so I am able to keep the ANTICABLES as a fun business.

What do you personally consider to be the ‘sweet spot’ product (or products) in your range in terms of maximum performance per dollar ($), pound (£), or euro (€)? What sets those products apart?

Our original “speaker wires”, from 14 years ago, have been through 11 improvements and are now called our Level 2.1 Speaker Wires. Anyone asking where to start with our products in their system will probably hear me recommending these, (or our Level 3.1 which is the same speaker wire, but doubled up). At the cost of only $8/ft. per speaker, they offer ridiculously good sound for the cost.

Customers that fall in love with these speaker wires typically come back next for interconnects, and then finish out with our power cords. 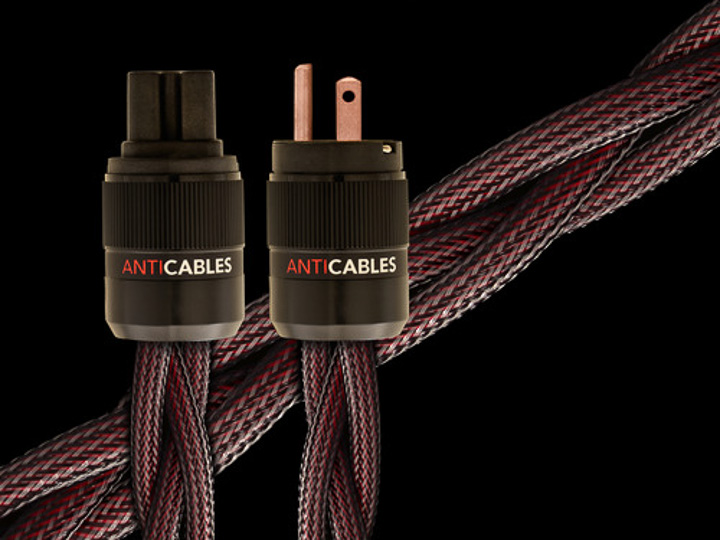 Might I say, don’t underestimate the importance of a properly designed power cord. As a second sweet spot, I’d consider our Level 3 Power Cord, which was our #1 selling product for 2016, because of its cost to performance ratio.

Initially, I have to say the largest impact was dielectric material. After all, the name ANTICABLES came from the fact that we offered red coated wire, instead of thick plastic jacketed cable, and the reason for doing so was to eliminate as much dielectric effect distortion as possible.

More recently you will hear me tell customers that “everything matters”. I even did a shoot-out between corrosion inhibitors, which are audibly distinguishable, even on the contacts of our AC power cord, in a well resolving system.

Our most significant recent improvements have been with metallurgy. Not only the material itself, but also the wire drawing process, which required me bringing on a Material Scientist for assistance.

As an audio cable designer, how do you strike a balance between performance on the one hand and price on the other? Is it possible to optimize both?

Designing anything from a railroad bridge to an audio interconnect requires first knowing all the variables. Second, understanding that optimizing one variable may de-optimize other variables. For example, heavy shielding increases capacitance, but the goal for an audio interconnect is to have very low capacitance, but it also needs to be shielded, so there is no way to ideally optimize both. So…

Third is to prioritize the importance of each variable. This is where designers have different opinions, because we all come from a different set of experiences. Then finally, design towards achieving the highest optimization of the highest priority variables.

Following this strategy allows me to find that balance.

Manufacturers sometimes speak in figurative terms about the ‘special sauce’ that makes their products different and better than those of their competitors. If you are at liberty to say, what’s your ‘special sauce’?

My answer to this question might actually be the better answer to your previous question, as well.

My special sauce is that I design towards simplicity. Having a less-is-more focus gives me best results and costs less as well. If I find a design is getting complicated, I’ll reset and start over. For example, instead of trying to band-aid fix dielectric effect distortion by adding batteries, I simply got rid of as much dielectric material as possible to address the problem.

We have two admittedly loaded questions for you. Just how close do your value-minded cables come to the performance of your flagship models? What characteristics do they have in common and what are the most noticeable differences?

My largest number of offerings is with RCA analog interconnects, so taking those, I’d say there is a notably large difference in performance between Level 1 and Level 6.2 RCA ICs. What they do have in common is their tonality, in which I strive for neutrality. What is gained as you walk up the levels is increased resolution. What is achieved with increased resolution, is it gets you closer and closer to the music. Closer to the feeling of real musicians playing real instruments. 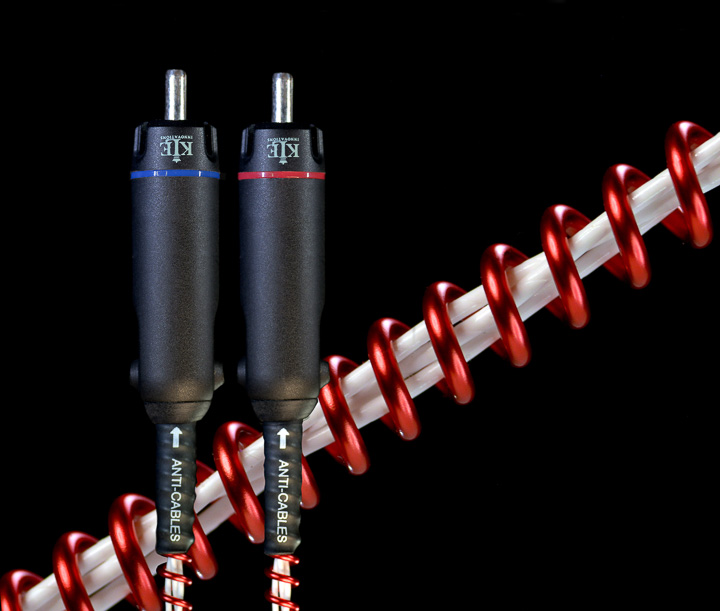 Tough question…  Because of good things I had heard from trusted audiophiles that speak highly of their $15,000 speaker cables that use integral magnets, I had wondered if magnets would be the next new frontier.

But directly comparing a similarly priced magnet-based RCA interconnects to our Level 6.2 RCA interconnects, the magnetic ICs did nothing better than our less expensive Level 6.2 ICs, so I am not sure that is where the next great leap will be achieved, but it is still quite interesting.

I think rather than a great leap, I feel the industry will continue to make gradual incremental improvements. I’d personally like to see more improvements in connector metallurgy. The compromise here is the better sounding metals are too malleable for contacts, and the harder machineable metal alloys are not the best sounding conductors. The solution may reside in a housing design that can manage the better sounding softer metal when used in a connector.