You have to imagine that dinner round the Lichtenegger table must be a fun experience. In the blue corner, you have Heinz, top dog at Pro-Ject, in the red corner, you have Josefina, the boss of European Audio Team. I’ve seen these two battle it out extensively over counterweights and bearing oils; it’s friendly banter between two engineers, but make no mistake – EAT turntables are not simply ‘blinged-up’ Pro-ject designs. They are cogent, sophisticated models in their own right. Typically, however, EAT began where Pro-Ject stopped price-wise, but the new Prelude is right in the middle of Pro-Ject territory.

EAT turntables are priced at a premium because they use premium materials, premium finishes, and – often – damn heavy platters. The logic being high mass means lower vibration and resonance, so the arm and cartridge have less stray noise to wade through. While there are different ways to crack this particular nut, EAT’s approach is consistent and sensible. The problem is a lower cost turntable and a high-mass platter are not entirely compatible, if only because the cost of shipping puts the price up. To reach a new audience, EAT needed to produce a sub-£1,000 design. To make a product in that price range, compromises had to be made in terms of platter mass, but the basic principles remain the same, so a heaver-than-expected aluminium platter (made from the same grade of material as used in EAT’s more high-end designs) is coupled to a low tolerance polished stainless-steel bearing in a soft bronze bushing, which is designed to act as an isolator to reduce the ingress of vibration and “to ensure a super silent and smooth movement”. 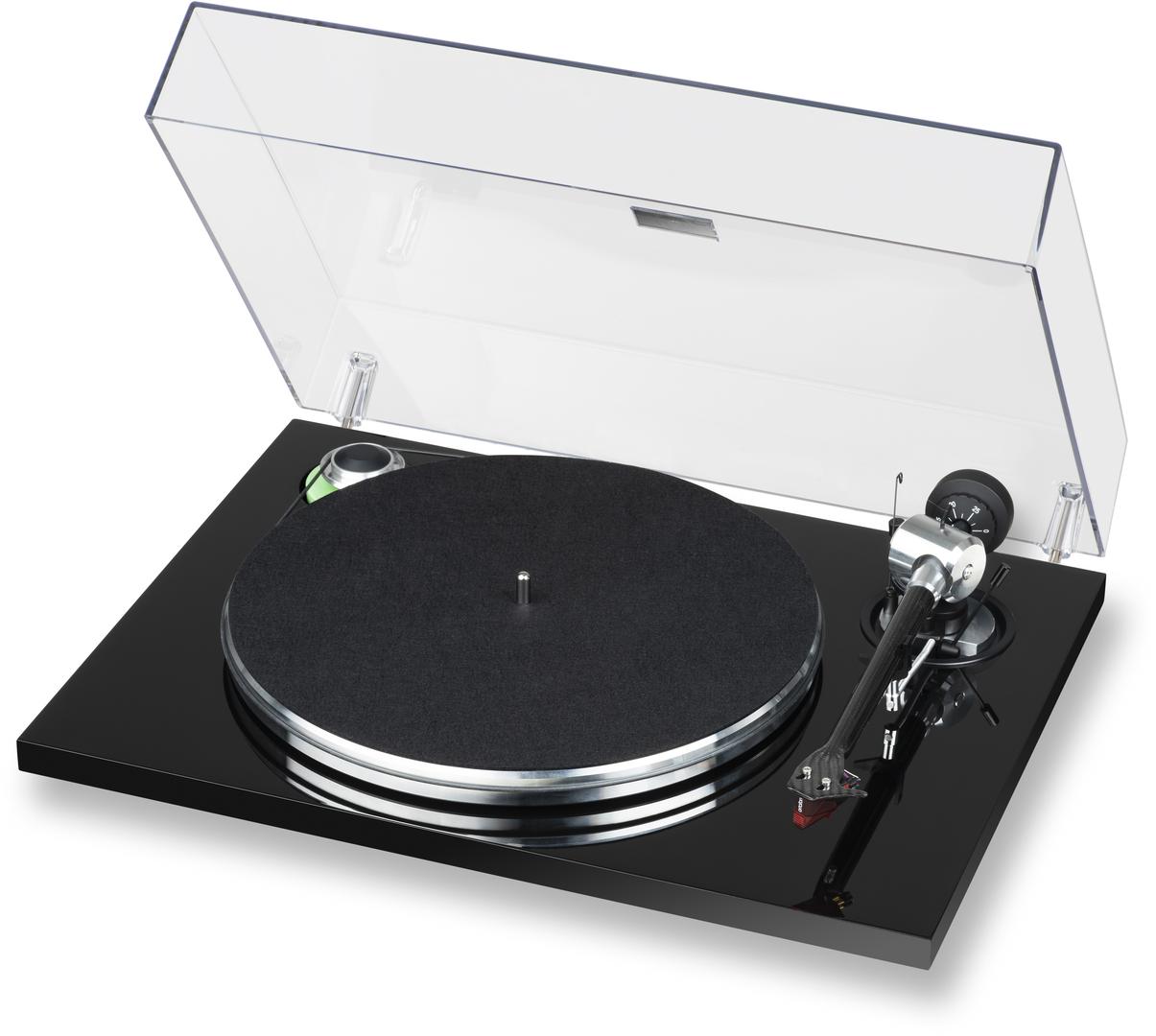 The plinth itself is made out of dense MDF, protected by eight layers of lacquer to give the Prelude a luxurious look; the days of low-cost high-end being something that sounds good but looks as if it was pulled out of the ground by a tractor are long gone. Instead, the Prelude is designed to look fine when it’s not playing and sound fine when it is. Given the alternative at this price is often a plinth that’s actually a layer of veneer glued to particle-board, this degree of finish is great, and the piano finish is deep and even enough to avoid the orange-peel mottling that some lazy lacquers deliver. To add to the overall chic, the motor can be provided in EAT’s distinctive minty green as well as black. Whichever colour scheme you choose, that motor is fully free-standing with the only connection to the platter being the belt itself. This limits the possibility of motor vibrations being transferred directly to the deck. The motor housing itself is not mass-loaded; there are a number of more up-market EAT models that have the motor housing in its own power supply and this adds its own mass to the motor, but in the Prelude, price constraints make such a layout impossible, so placing the motor in its own free space is a good compromise. It does also mean what few controls are on the deck are actually on the motor housing.

Mass comes into play in the tonearm, though, as the higher-mass-than -normal bearing block behaves like an energy sink for resonances from the cartridge, as well as the low frequencies from the deck. Think of it like border security for two different sets of resonances. Meanwhile the counterweight on the tonearm implements an anti-resonator damper to reduce the amplitude of the natural tonearm/cartridge resonance.

The arm uses a carbon-fibre armtube, and while the cynics will immediately point to Pro-Ject’s 9CC arm, any similarities end at the bearing housing. Yes there are aspects of the arm design that are shared with Pro-Ject, but this is more to do with ‘parts in common’ than ‘copying’.

Although the high-end is all about choice, at this level of the high-end being able to opt for a turn-key solution might be more suitable. So the Prelude comes pre-loaded with an Ortofon 2M Red moving magnet cartridge. Installation is done for you and – although there’s an alignment protractor in the box, the reality is many Prelude users will be at that ‘good moving magnet’ stage in their audio story arc, and the 2M is perhaps the best expression of that ‘good moving magnet’ on the market today. Especially as it’s upgradable to Blue or even Black status by swapping stylii. Simply place the Prelude somewhere light, rigid, and level, rebalance the counterweight and apply antiskate, and you’re away! A good set of feet (not levelling) and a handy dust cover complete the deal for the Prelude.

Low-end, high-end audio faces something of a dilemma. If, as is the case here with the Prelude, it goes for the natural and detailed sound that high-enders crave, it may not find favour with those who want a more immediate, up-front sound. On the other hand, if it goes for the more initially impressive performance common at this price point, the product may be short-lived in a high-end system. EAT has gone with the more honest approach. This is a turntable that consisciously attempts to make a sound more in line with high-end systems costing far in excess of the Prelude’s price. And that means if you are starting out on a high-end road, the Prelude will stay with you for a lot longer. 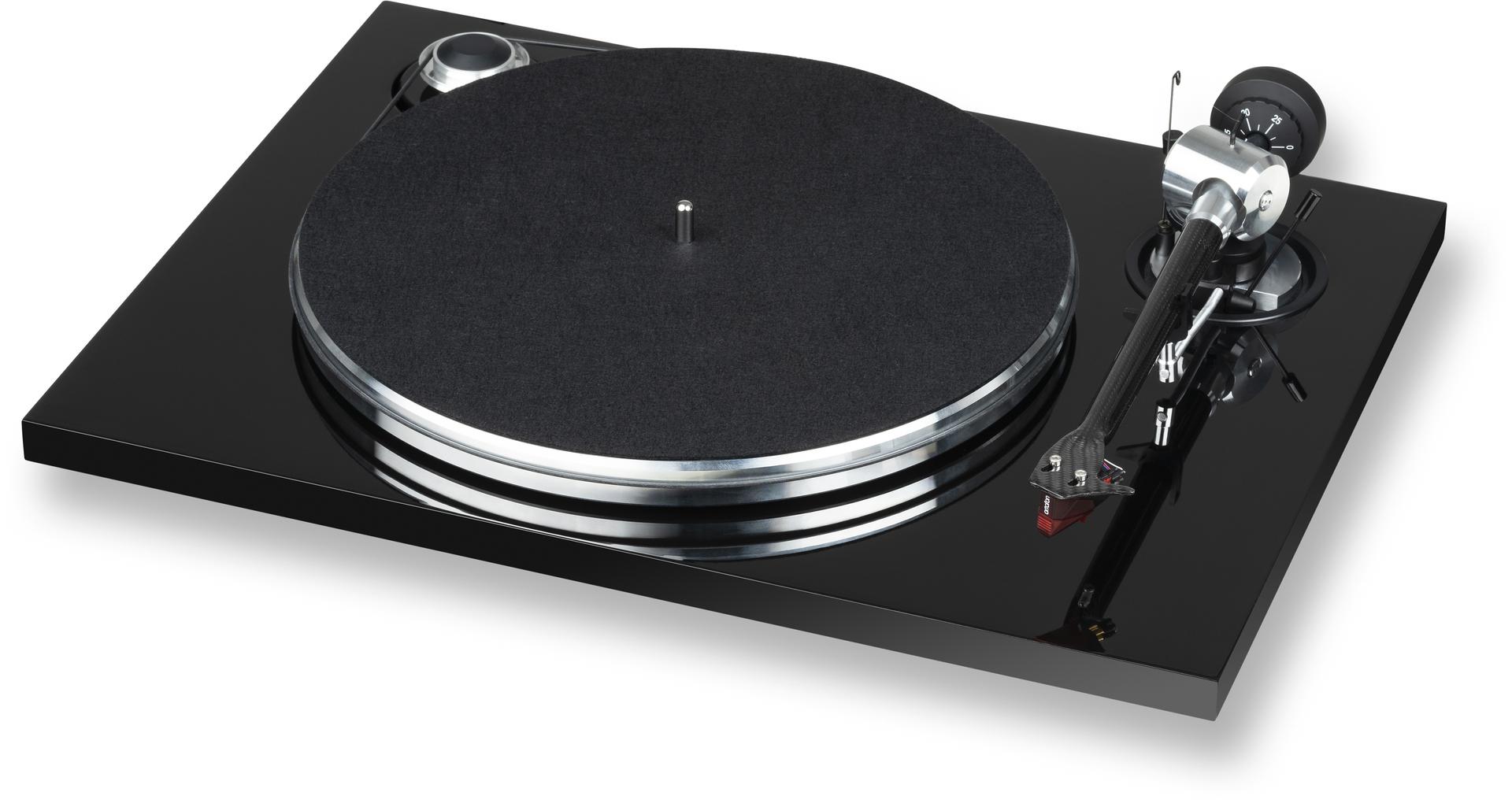 If we were going to pin down the Prelude’s performance in sound-bites it would be ‘neutral’ and ‘dynamic’. Music doesn’t jump off the platter unless that’s what is required of the album… but playing the 1950s D’Oyly Carte/LSO classic cut of The Pirates of Penzance[Decca SXL], there’s a lot of foot stamping and stage direction that gives the recording a sense of being in the concert hall. You expect raucous during ‘The Major-General’s Song’ because patter songs like that are all about the fun, but you can hear singers walking about the stage getting to and from position before and after the song. This authority and solidity is not unheard of, but is hard to find at the price, where thin and bouncy rule the roost.

Solo piano is something of an acid test of neutrality (as well as dynamics) and Liszt’s La Campenella from the LP of Nojima Plays Liszt[Reference recordings] is an almost perfect example. This doesn’t get much play in a digital world, because it’s all too easy to hear the minor fluctuations in pitch and speed stability. In most turntables at this price point, those fluctuations in pitch are either nailed at the expense of bass depth, or are conveniently ignored in the hope that deep bass overshadows the lack of pitch stability. This is what you typically pay good money for when you spend a few thousand on a good turntable, and the Prelude is one of the few turntables at anywhere close to the price that has that same sense of musical confidence. Not everyone’s going to like that, of course, because some who listen to bass lines for their ‘phatness’ might find that sort of precision troubling. Personally, I’d go for the most accurate front-end I could muster because you can always add a bit of seasoning later in the cooking process.

Where the Prelude shows its compromises is possibly in its ability to hold down a precise beat. Bear in mind that by producing a turntable at under £1,000, the Prelude has to play against record players that emphasise rhythmic qualities more or less at the expense of almost every other aspect of music. But that means many systems at the price also emphasis this aspect and the Prelude is too natural sounding to play along. A system rethink is in order, and play something with less of a heavy accent and you’ll find that neutrality, detail, soundstage depth, dynamic shading, solidity, and sheer absence of character extremely alluring.

Unless you look really closely and partner the turntable way out of context (no £50,000 phono stages, please!), the EAT Prelude is every bit a high-end turntable that just forgot to get too expensive. Partner this with sympathetic giant-killers and you could build a true low-cost high-end superstar system. If you want to know what real high-end audio sounds like, without opening your wallet and saying ‘help yourself!’ to the dealer, the EAT Prelude is your turntable.